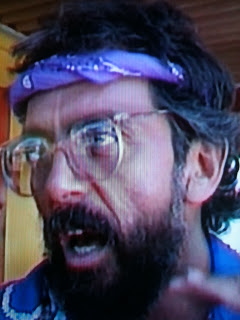 
Paragon interviews Richard "Cheech" Marin, Tommy Chong and various fans of the comedy team while providing a window into the creative process of making the duo's first LP in five years, GET OUT OF MY ROOM.  The resulting 52 minute special of the same name also serves as a video EP for the album, with four tracks ("Get Out of My Room", "I'm Not at Home Right Now", "Love is Strange" and "Born in East L.A.") getting the MTV treatment. 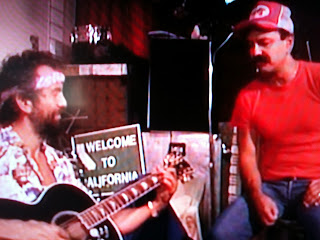 After twin box office disasters (STILL SMOKIN' and barely released CORSICAN BROTHERS) left the unmistakable impression that the team was nearing the end of the line, Cheech and Chong went back to their recording studio roots. The resulting LP didn't make anyone forget BIG BAMBU or LOS COCHINOS but it was a moderate hit in 1985. Taking a stab at a mockumentary was inspired, likely by the wild success of the prior year's THIS IS SPINAL TAP. To further shake things up, the video marked Marin's directorial debut (Chong had previously helmed four of their features). 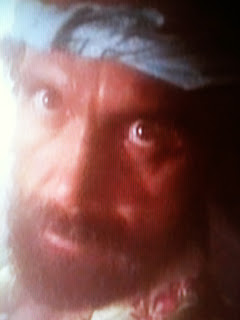 Long-time fans of the duo will appreciate the surfeit of recognition humor from Cheech and Chong's prime years.  Among the nuggets: the title track being sung by THE WEDDING ALBUM's Johnny Stash ("Black Lassie") and Chong's calming technique from UP IN SMOKE introducing one video.  Tommy Chong pretty much disowned GET OUT OF MY ROOM as Marin's baby in his biography, but the chemistry between the two appears as strong as ever during the interview segments. 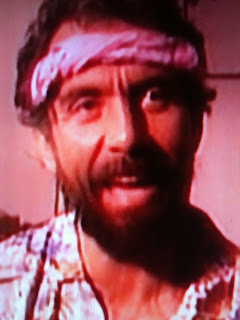 Unfortunately, veteran aficionados can also discern further evidence that Cheech and Chong are running low in inspiration.  Cheech alter ego Ian Rotten and the title track are (respectively) half-hearted echoes of Alice Bowie and "Earache My Eye".  To be fair, the video itself does provide some retro-chuckles with spot on spoofs of everything cheesy about Eighties videos.  This sadly isn't the case elsewhere: instead of spoofing the futuristic video cliches of the era, "Love is Strange" emulates them, and while Woronov and D'Angelo contribute their cameos here they're given little to do other than be recognizable. 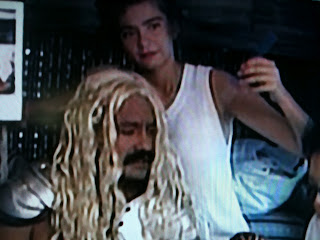 The video ends with "Born in East L.A.", the Springsteen parody that ended up getting a lot of MTV play in the fall of 1985.  This segment clearly was Cheech's baby: Chong is nowhere to be found.  It was a harbringer of things to come.  GET OUT OF MY ROOM turned out to be Marin's springboard to a solo career, and his next project on both sides of the camera was expanding BORN IN EAST L.A. to feature length in 1987 with Jan-Michael Vincent reprising his video role as the immigration officer. 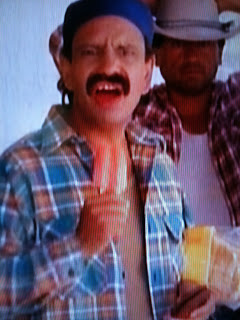 The original music video was the highlight of both versions of GET OUT OF MY ROOM and arguably more memorable than the subsequent film, but it would be nearly a quarter century until Cheech Marin and Tommy Chong collaborated again.  GET OUT OF MY ROOM is middle-grade Cheech and Chong on the whole, but that still makes it a much better swan song than THE CORSICAN BROTHERS and easily their funniest project since THINGS ARE TOUGH ALL OVER.

At less than an hour, GET OUT OF MY ROOM is just the right length to avoid feeling padded, but not quite feature length and could use some some supplements to a standalone DVD. It did get a UK release.

Not top grade Cheech and Chong, but good enough for most fans and a return to watchability after a couple of misfires.  The LP finally made it to CD in 2002, and this is the only Cheech and Chong effort from their heyday that isn't out in the U.S.  In the meantime, GET OUT OF MY ROOM is available for viewing on Netflix Instant.