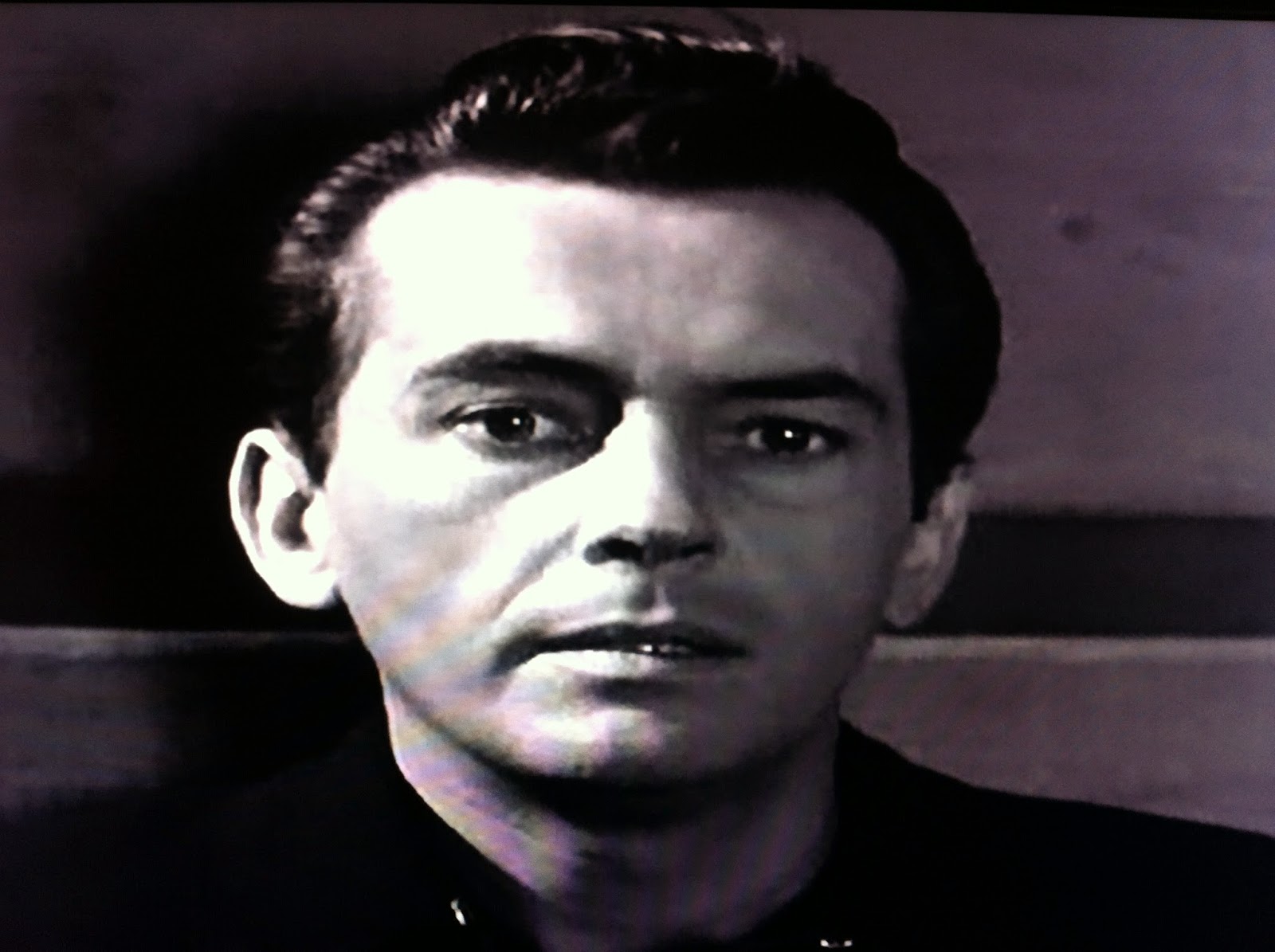 While fishing for profits at an army post, Bart is arrested for gambling under a rarely enforced law by his old acquaintance Colonel Percy, the C.O.  With the alternative being the same length of time in the stockade, Maverick is blackmailed into a six month enlistment.  The Colonel then reveals his real reason for wanting the thoroughly un-military Maverick in his troop: he wants Bart to work undercover.  Percy believes Bart's slacker ways will attract the traitor (or traitors) in his ranks who has been selling guns to the Indians.  Oh, and of course, no one else is to know, not even the Colonel's wife (who was raised by the local tribe). 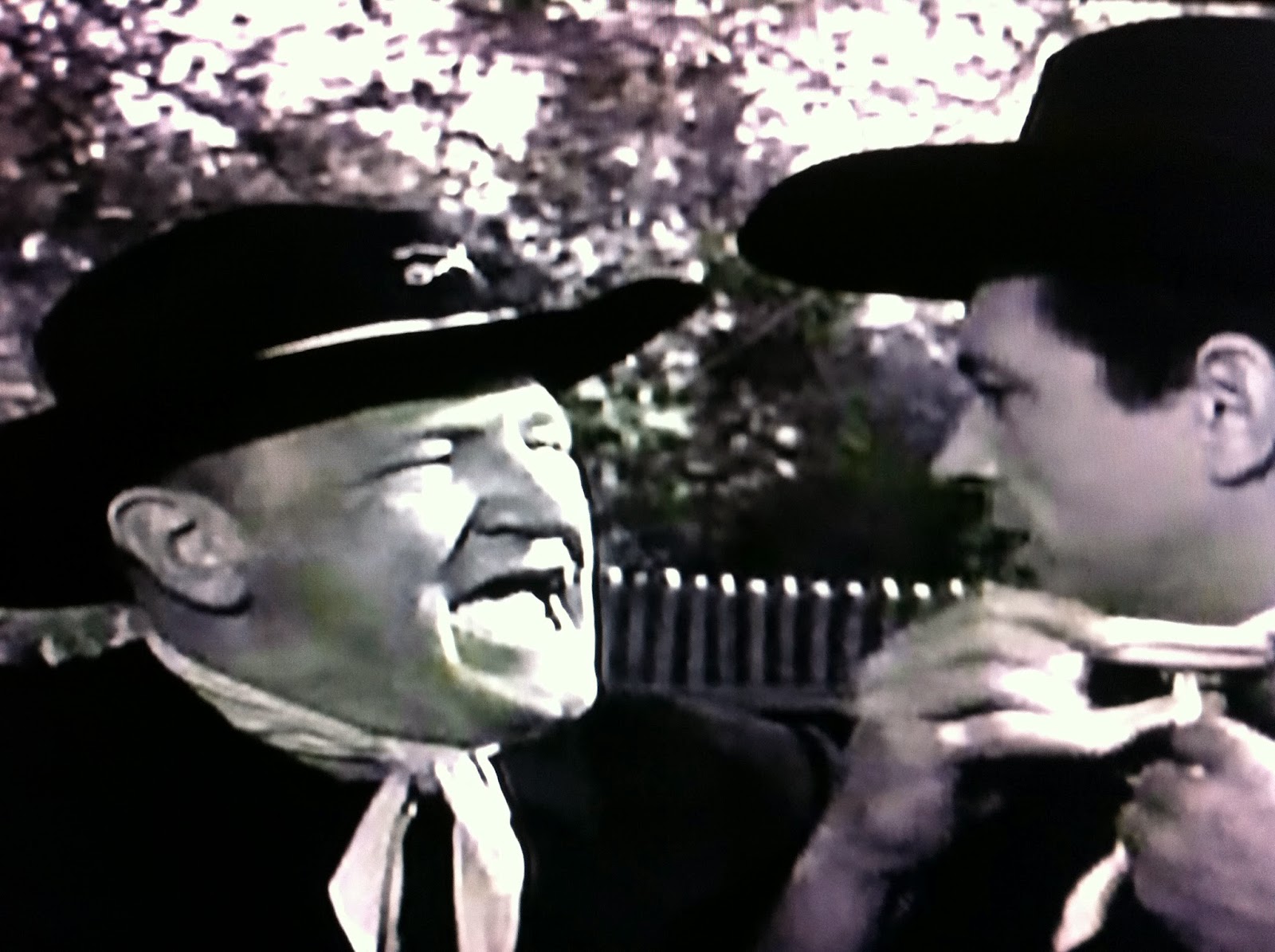 Bart performs his assigned role well: frustrating by-the-book Sgt. Schumacher, finding a source of amusement in eager beaver Private Heaven, and attracting shady Benedict with his lackadaisical, contemptuous approach to his enlistment.  The aptly named Benedict is predictably untrustworthy, and Percy's wife is revealed to have questionable loyalties despite her outward dismissal of the people who raised her.  But when Bart is caught "consorting" with the traitors and tribesmen while the Colonel is away, it's Trooper Maverick who is facing the hangman's noose. 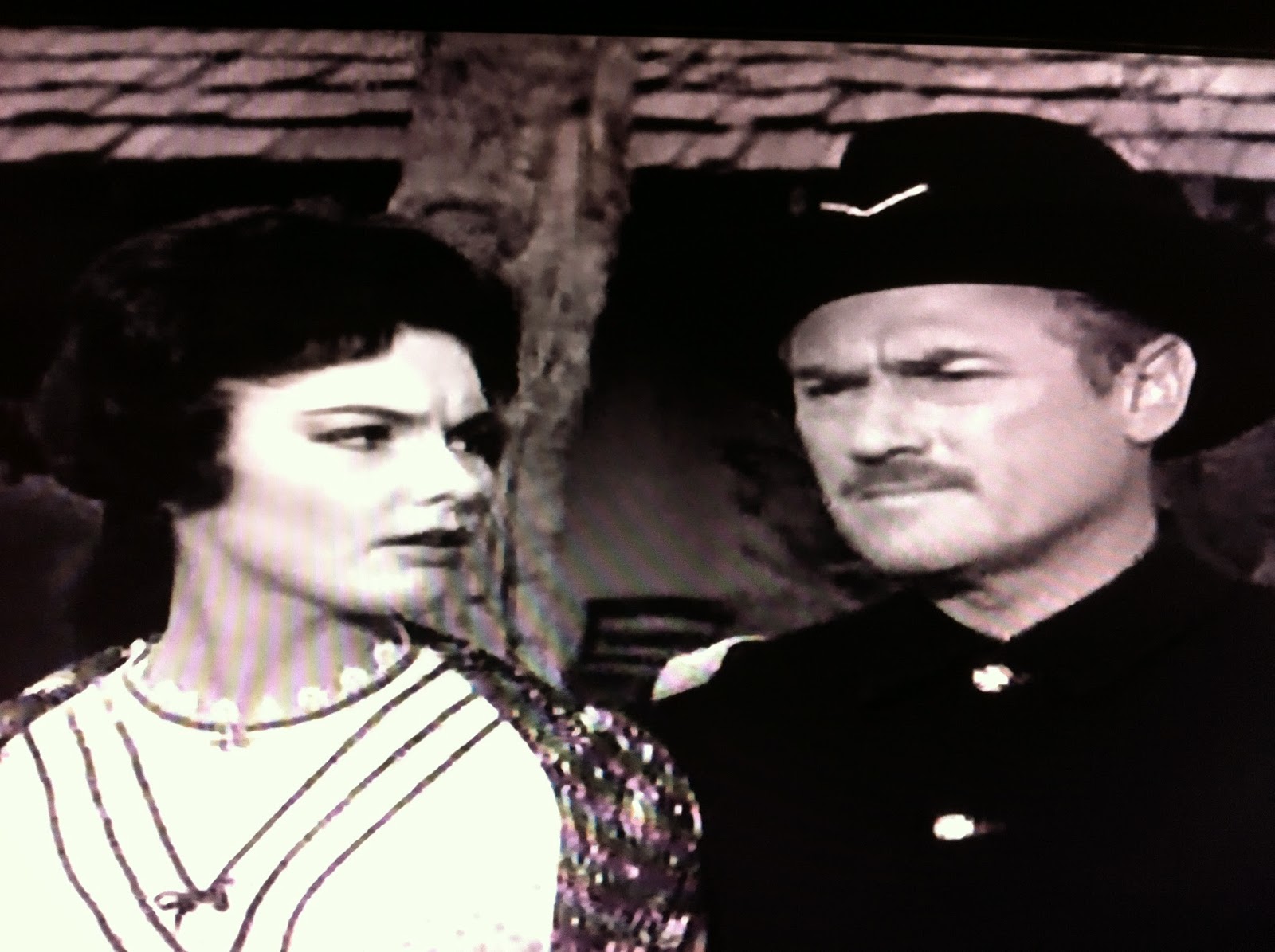 Trooper Maverick has the intriguing premise of Bart being blackmailed into the Army, rich with comic possibilities both visual and verbal, not unlike Driskill's only other MAVERICK contribution, The Sheriff of Duck n' Shoot.  Kelly is given plenty of opportunities to react as a fish out of water, with Bare proving as adept at handling the humor as he would be in his best known gig, the 168 episodes of GREEN ACRES. 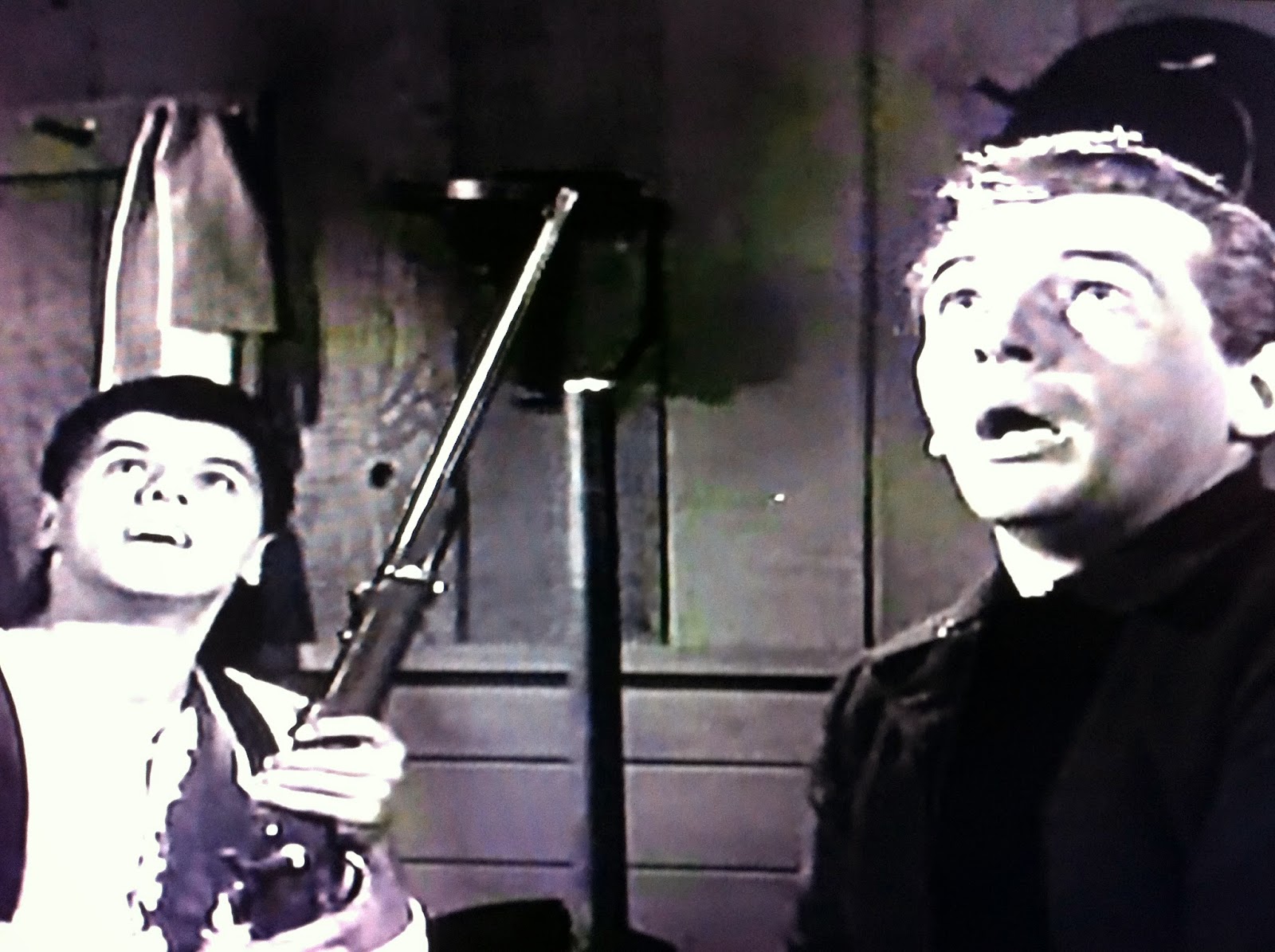 Driskill does a good job living up to Roy Huggins' MAVERICK credo for over a half hour--the situation is indeed "always hopeless, but never serious".  Unfortunately, he couldn't come up with an ending.  Trooper Maverick is weakened greatly by its final reel, with not one, but two unconvincing examples of the banal "character change as resolution" cliche that too many sitcom scripters utilized when they apparently found themselves stuck.  While some Maverick resolutions are more satisfying than others, and the show is capable of surprising you fairly often, Trooper Maverick provides one of the least persuasive conclusions of the first three seasons. 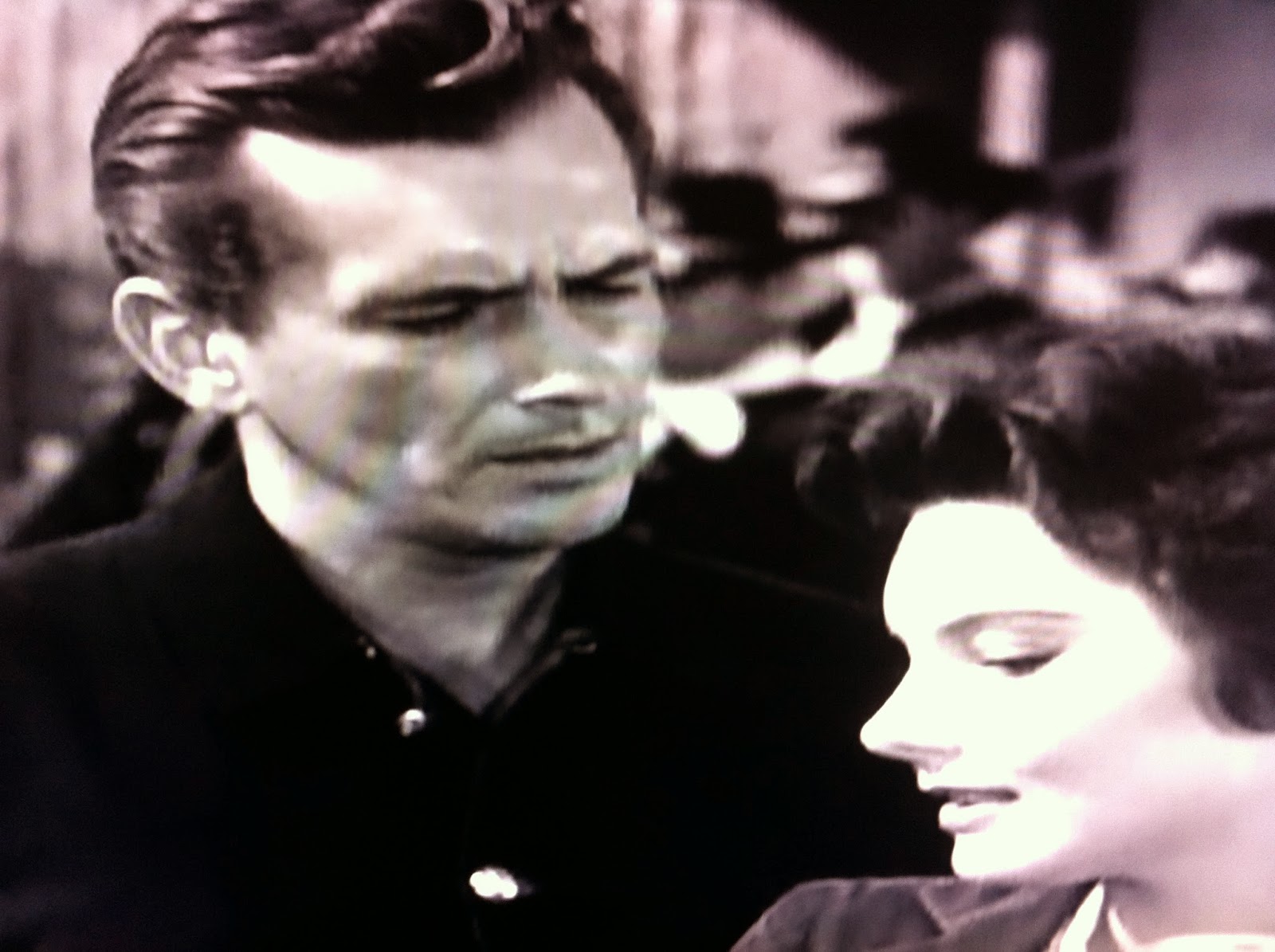 For a much better example of "how to get Maverick out of the hangman's noose", see the underrated High Card Hangs from Season 2, in which Bart has to rely on Dandy Jim Buckley for help. By itself, that's a suspenseful enough idea to keep one's interest.

MAVERICK twice mined the cavalry for comedy during the third season, with Garner apparently choosing to do The Ghost Soldiers over this episode.  Both scripts had their problems, but Garner probably made the right choice overall.  And yes, that is the future Fort Courage from F TROOP serving as the set for both.  (Colonel Pearcy even has the exact same portrait and frame of General Grant in his office that Captain Parmenter had in his!  Waste not, want not, Warner Brothers always said.)

Among our supporting players, the always eye-catching Suzanne Lloyd would return in Last Stop: Oblivion and Sammy Jackson would parlay his performance into his best-remembered television role in 1964.  When Warner Brothers was casting for a series version of NO TIME FOR SERGEANTS (which ironically would air opposite Andy Griffith's hit show on the 1964-65 schedule), Jackson offered his performance as Private Heaven in this episode as proof that he'd be perfect for the role of Private Will Stockdale.   Jack Warner apparently agreed; Jackson got the part.

Money aside, this was highly unprofitable for Bart, as just playing at the post interrupted his career for six months.  But Maverick also loses some money while we're watching during his first attempt at play, which results in his arrest immediately after he loses his first hand.  His second game is brought to a halt before it even starts by a good old fashioned fist fight with the hard-nosed Sergeant.

"Once you get the call, don't be a backslider."  But not Bart's Pappy, some soldier's.  No wonder it isn't that wise. 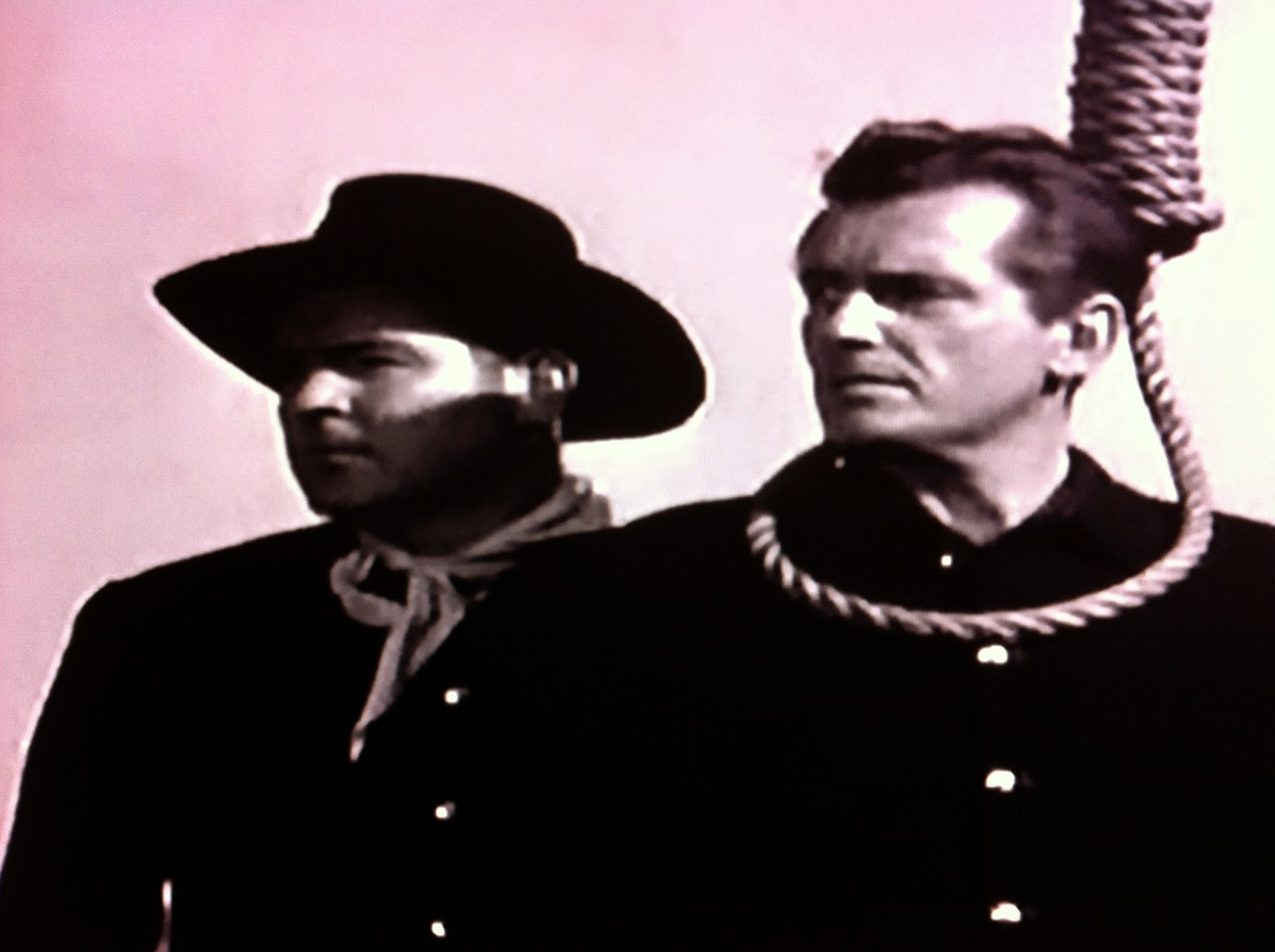 
Both cavalry episodes of MAVERICK naturally got re-worked as F TROOP episodes nearly a decade later, with The Ghost Soldiers providing the basic premise for Captain Parmenter, One Man Army and this episode's plot borrowed for Guns, Guns, Who's Got the Guns?

It isn't often you'll see a MAVERICK writer painting himself into a corner, but that's what happens as Driskill experiences the sophomore slump after his much-loved first entry.  Some fine comedic moments here, with Kelly surprisingly good at slapsticky pratfalls, but the situation rings false when all is said and done. Trooper Maverick requires a leap of faith to begin with (after all, Bart had army experience as mentioned in the earliest episodes) and ultimately, fails to convince.  A sometimes fun but forgettable entry.  (** out of four)