Our Favorite Episodes: THE EQUALIZER: "Breakpoint" (1986) 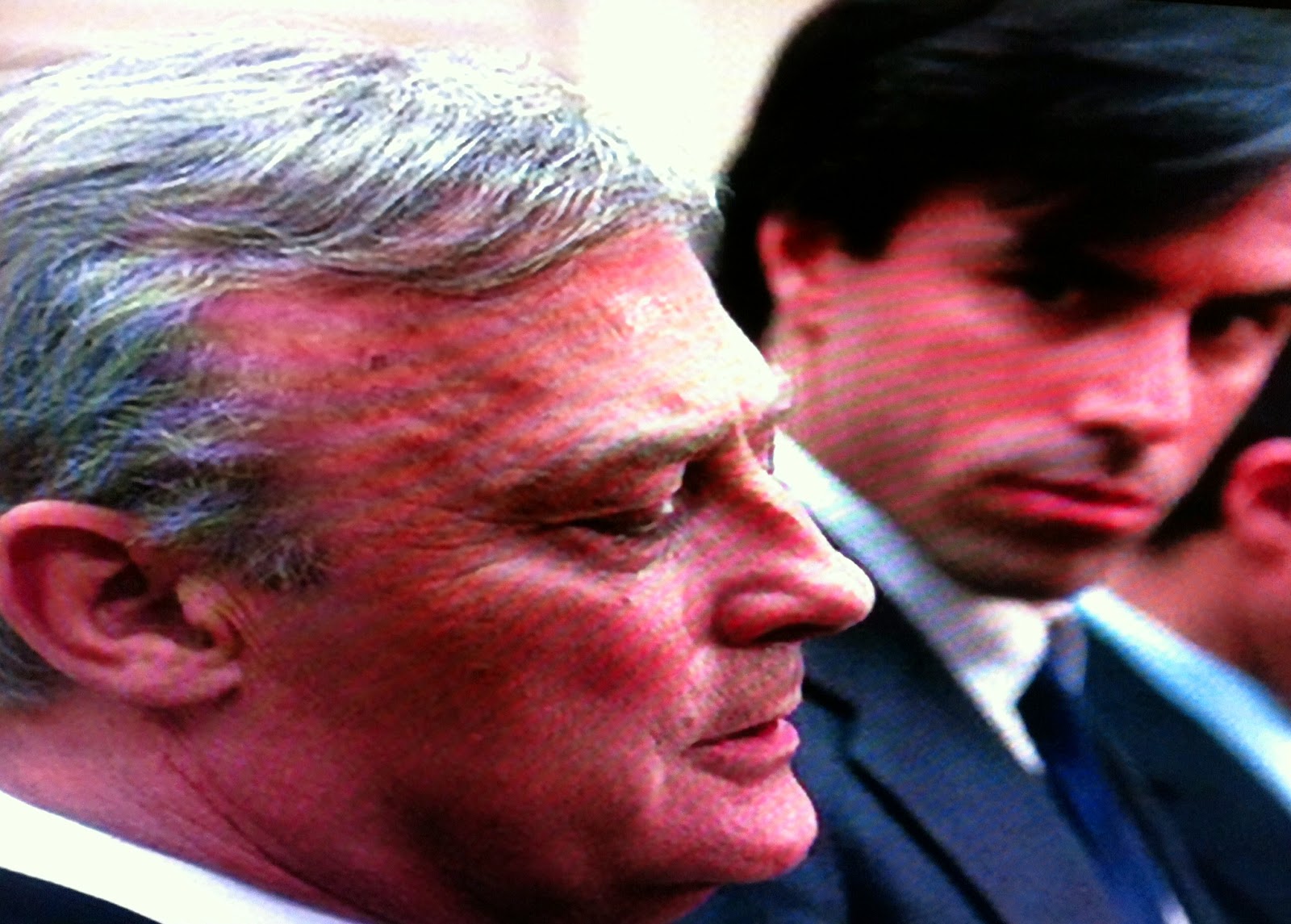 At a high rise New York hotel, Robert McCall (Woodward) is giving away the daughter (Clarkson) of a late colleague at her wedding.  Meanwhile, middle Eastern philanthropist Ipale is staying at the same hotel when he is abducted by terrorists (Shalhoub, Spiridakis, Eisenberg) with intent to take him back to their unnamed home for trial and execution.  With their escape route foiled, the heavily armed Shalhoub and friends crash the wedding party, taking guests hostage for leverage in the negotiations for safe passage.

Two decades before Liam Neeson's Bryan Mills, Edward Woodward's Robert McCall was that retired operative with a particular set of skills acquired over a long career.  After being a nightmare to kidnappers, slumlords and corrupt cops for the first eighteen installments, The Equalizer found himself without a client to help for the first time.  In "Breakpoint", it's McCall who is among the victims. 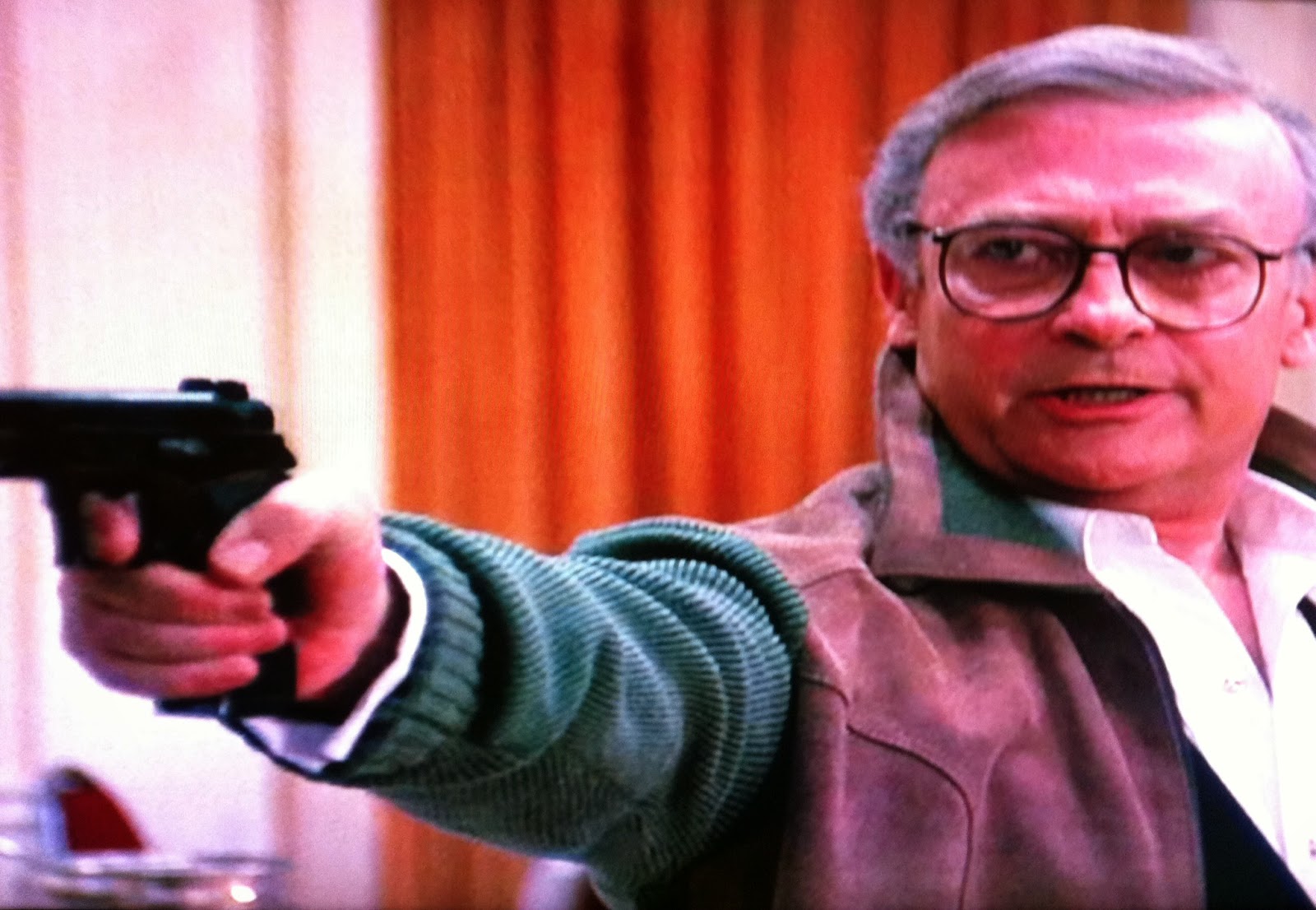 Of course, with McCall's many years of experience, he knows the International Terrorists Playbook better than his captors.  This well-developed entry allows the audience to really see the payoff for all that past agency work, in a situation requiring very quick thinking, tremendous discipline, and absolutely no margin for error.  As he notes (sotto) to one guest, practically reading the man's mind: "We will have one chance--and believe me, that is not it!" 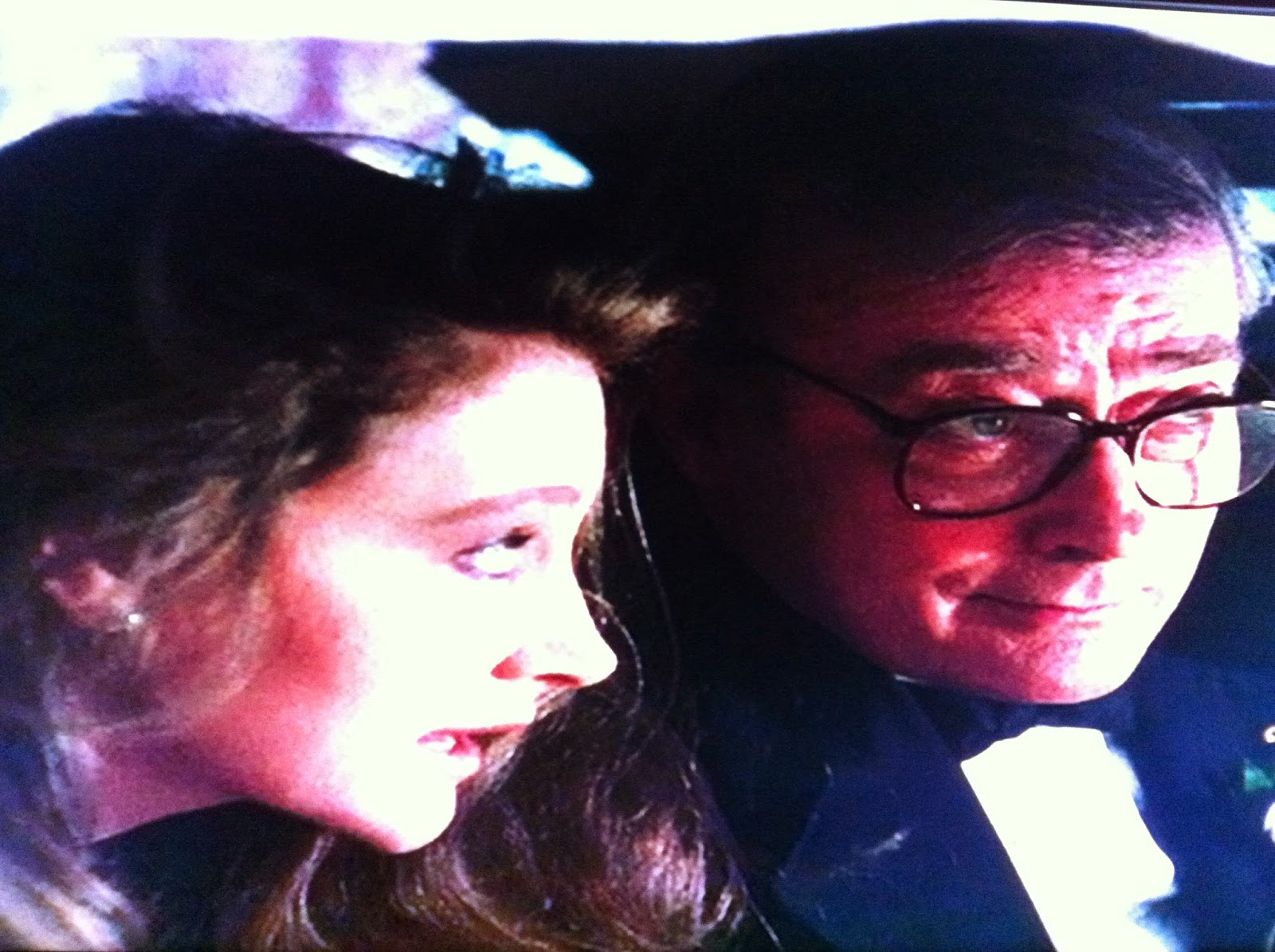 The Equalizer starts balancing the books immediately, taking the place of another party member and subtly communicating that no picture ID's should be turned over when Shalhoub demands identification.  Once taken, McCall correctly deduces every move in advance that will be made to keep his fellow captives fearful and off-balance, diffuses well meaning but ill-advised heroic attempts by the both laymen and the local police, and waits for just the right moment to turn the tables on the middle easterners.  Robert's patience is tested more than once, as McCall has to grit his teeth through an attempted (off-screen) rape of Clarkson and the execution of another hostage "to speed things along". 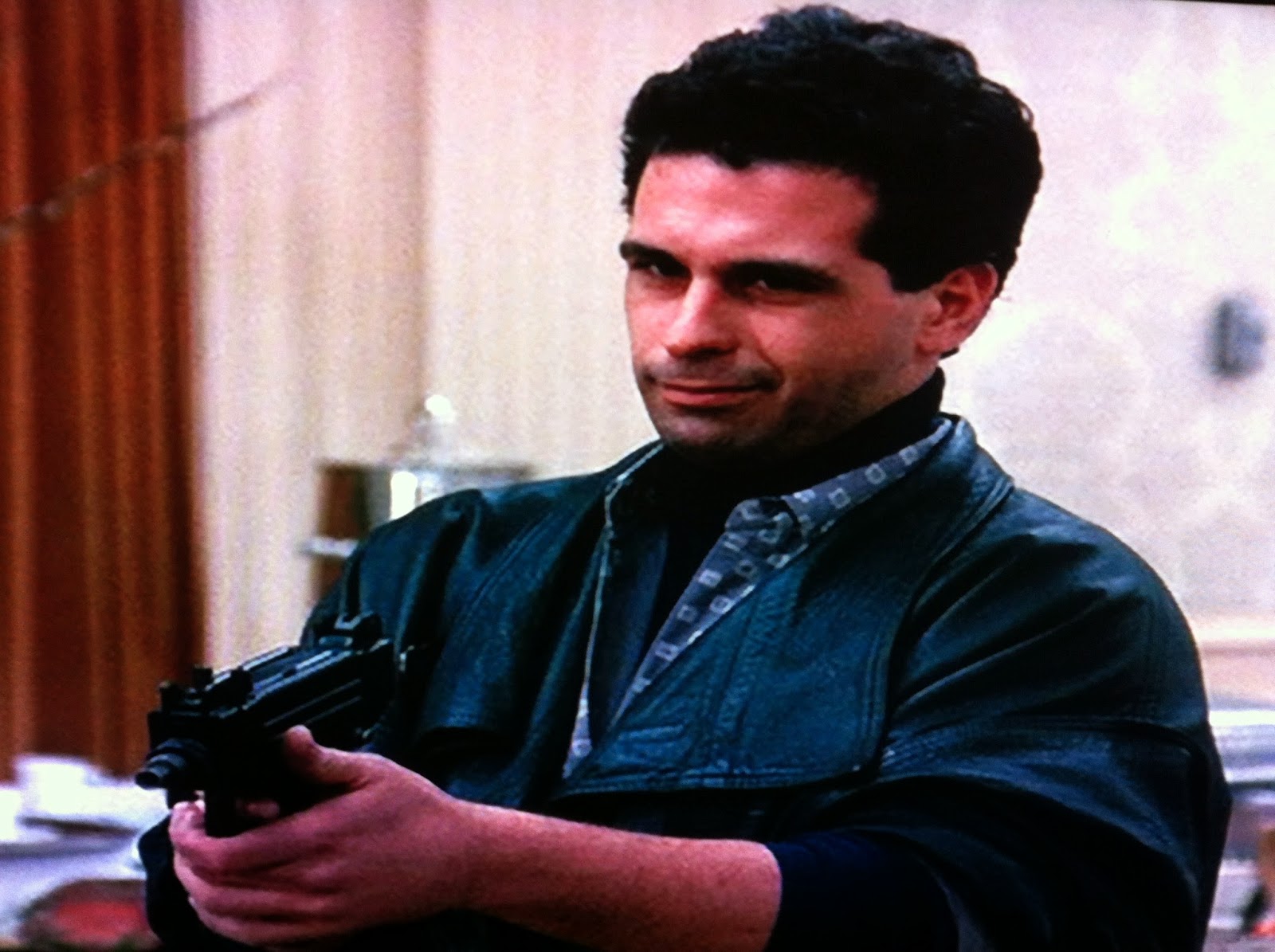 Many early EQUALIZER episodes featured performers on their way to stardom, and "Breakpoint" marked the television debut for Tony Shalhoub as the head of the captors.  The future MONK star would turn down terrorist roles after this ("Having done it once was more than enough." he said in one interview) but Shalhoub established himself well with this performance.  Dapper, calculating and calm but very capable of swift, brutal violence, Shalhoub's character is sort of a forerunner to Alan Rickman's even more elegant criminal in DIE HARD (1988): Hans Gruber without the humorous lines. 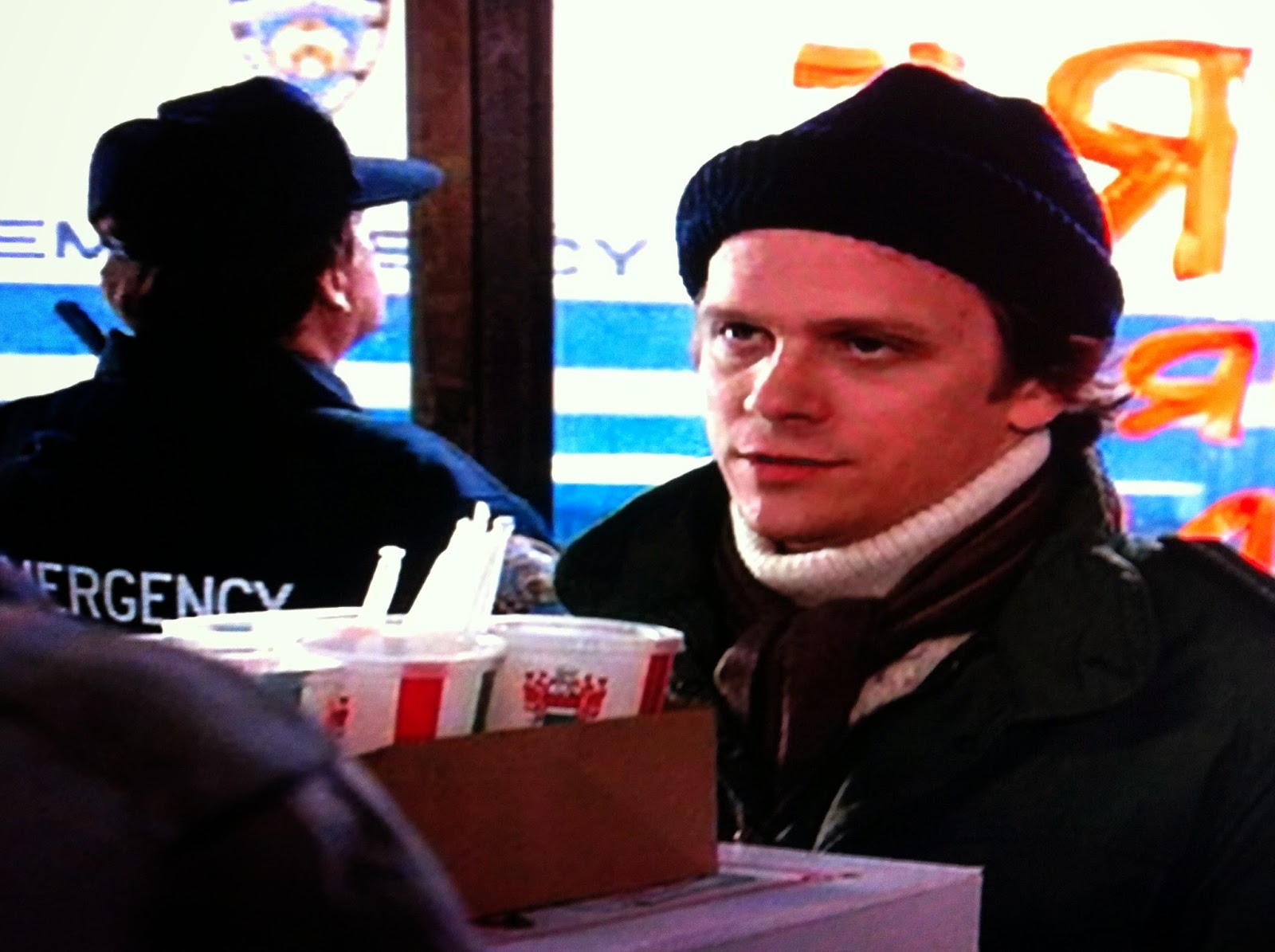 Other parallels with the Bruce Willis hit can be seen with McCall's sometime right hand man Mickey (Szarabajka) trying to find his way to the wedding party through the air conditioning ducts once he learns McCall is among the hostages.  I'll try to avoid spoilers, but intentionally or not, DIE HARD also lifted a critical moment of its denouement from the conclusion here. 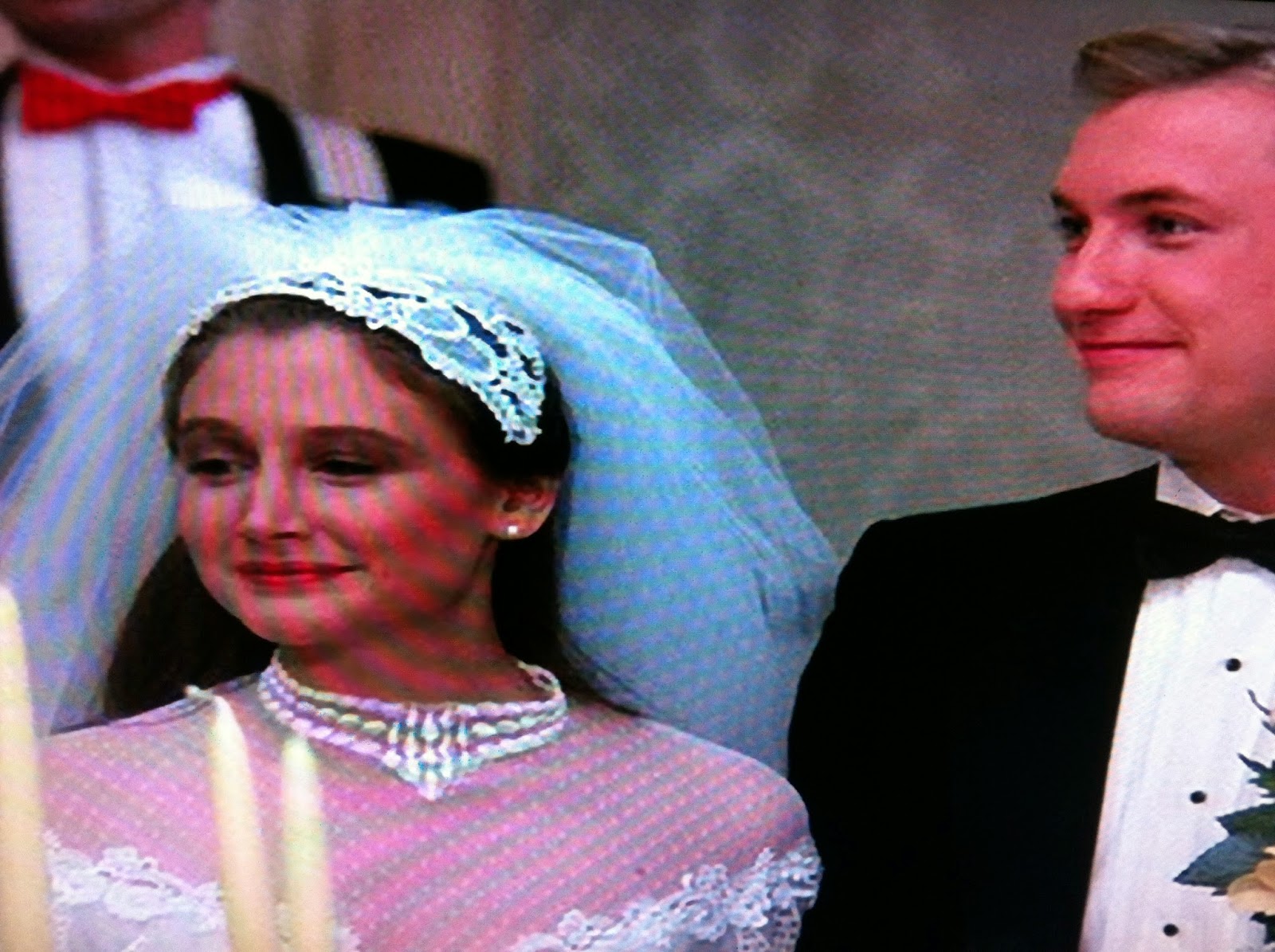 In addition to Shalhoub's first small screen performance, "Breakpoint" features Patricia Clarkson's second (after a SPENSER: FOR HIRE) as the beautiful bride who has a bit of apprehension (since her father shared McCall's former line of work).  TV veteran Richard Hamilton (BRET MAVERICK) also contributes fine work in an almost wordless supporting role that nevertheless will stick in your memory afterward. 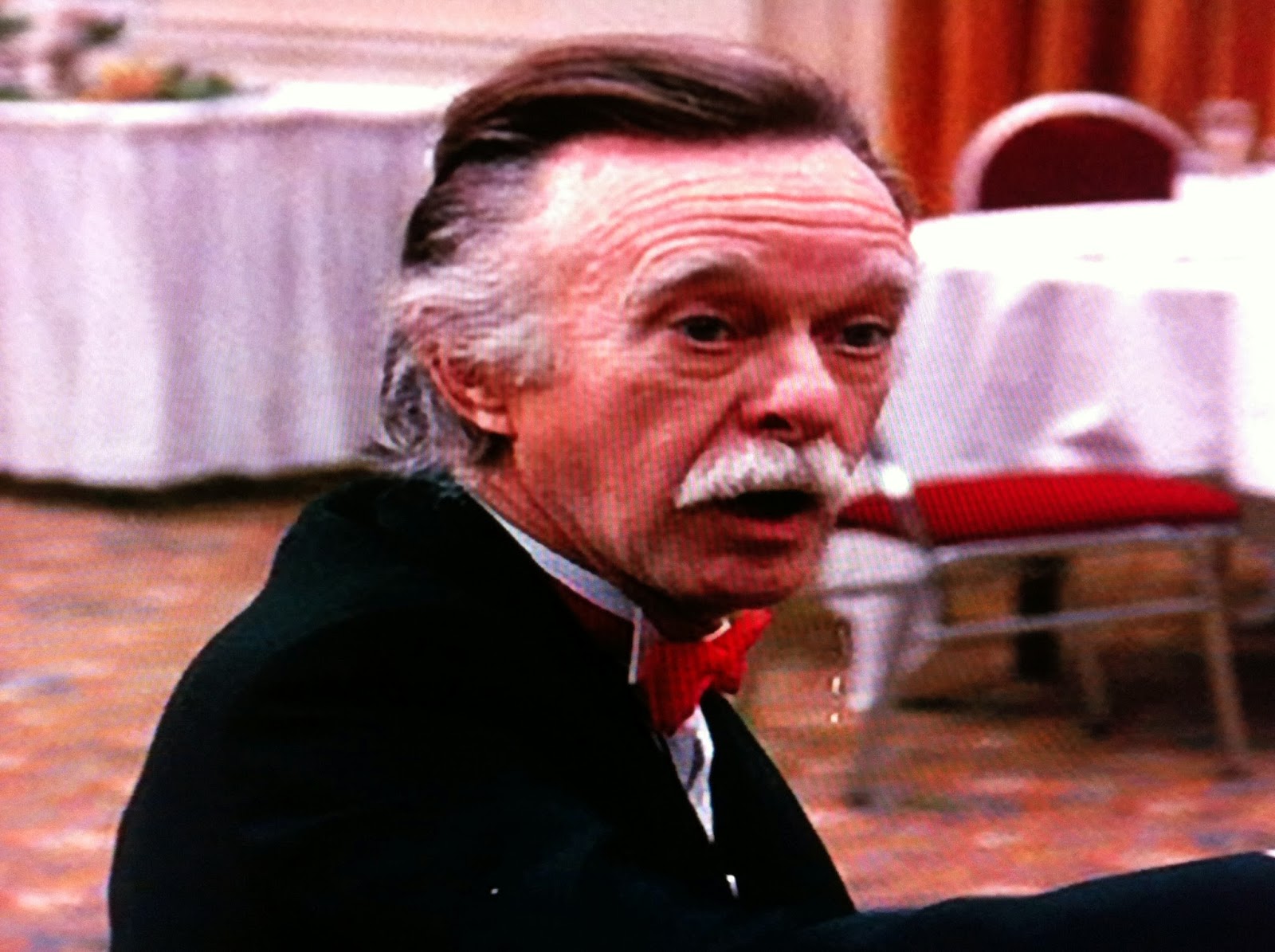 An expert but no superhuman, McCall consistently makes the most out of whatever tools he has as his disposal.  A reason is eventually given for every one of The Equalizer's actions, but in Mayberry's hands, the audience is never bludgeoned with the point to be made.  Woodward communicates everything to us with efficient expressions and terse dialogue.  The (limited) background information on McCall's relationship with his late colleague is also welcome--he remained a mysterious figure throughout this first season, of which "Breakpoint" was a clear highlight. 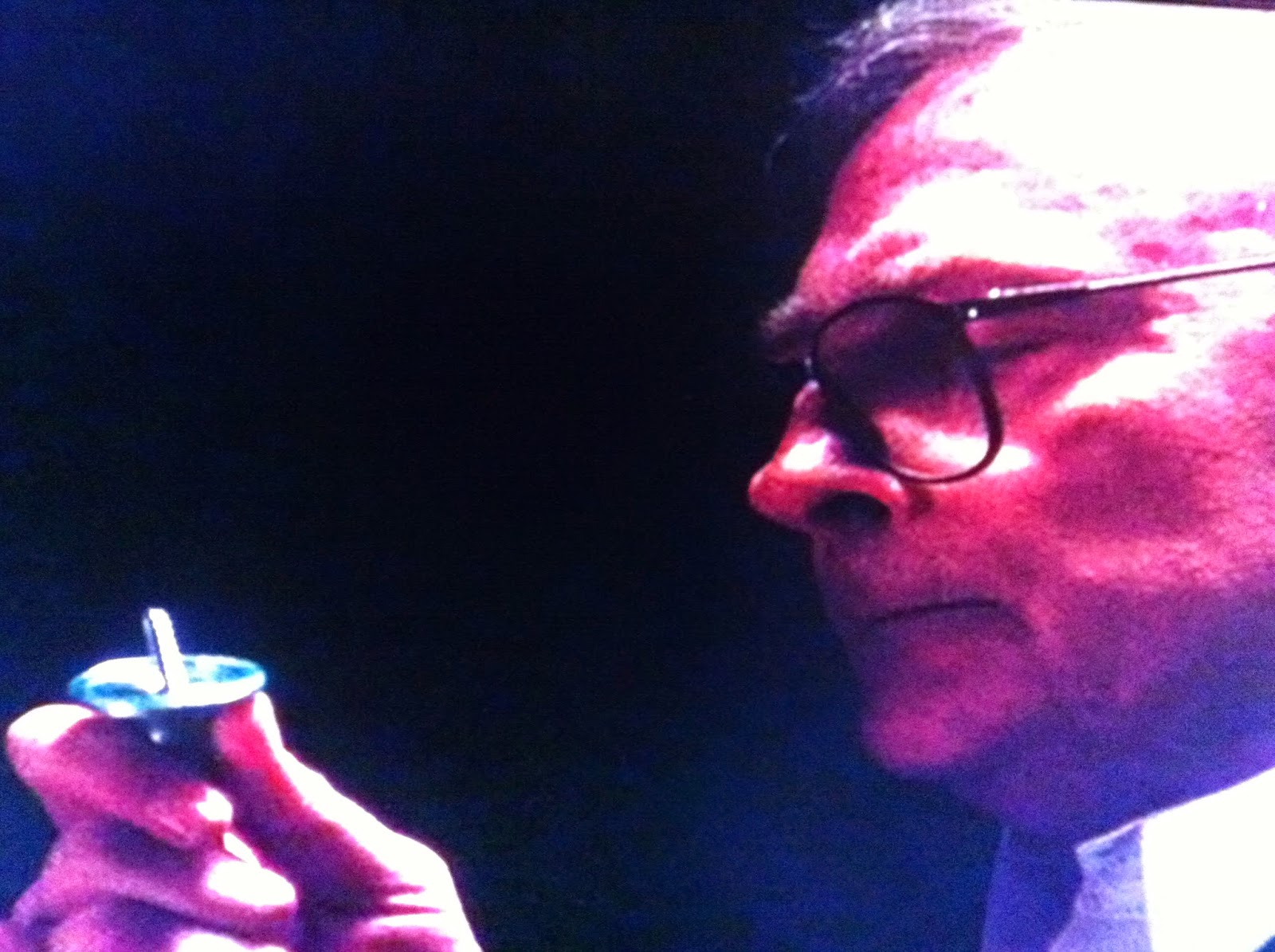 While the dispatchment of one bad guy is a tad unconvincing, "Breakpoint" remains engaging throughout, very well written and directed.  This entry offers all of Robert McCall's skills under fire on full display, and in doing so serves as a unique installment of THE EQUALIZER as well as a solid introduction to the show for the uninitiated.  Clarkson and Shalhoub both show the acting chops we would become very familiar with later in early roles.  This episode is good enough to make you understand why Max Belfort was so upset about those Tuesday night phone calls.  (**** out of four)