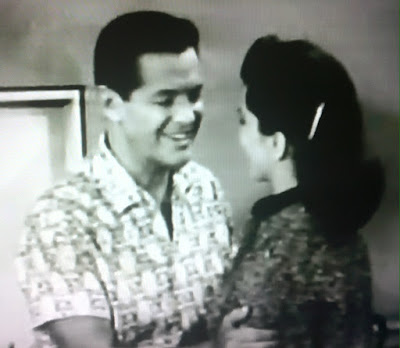 While putting the finishing touches on a mink layout with gorgeous models Shirley and Collette, ace photographer Bob Collins realizes he's made a seperate date with each for that evening.  Meanwhile Bob's old war buddy Harvey Helm is now a married milquetoast who arrives at the studio with a big problem of his own.   Midwestern furniture buyer "Hap" Henderson ("who everybody knows and everybody owes!") is en route to the City of Angels expecting a night out with women, wine....and women...prior to signing a big contract with Helm's firm.  Needless to say, this is something that Mrs. Helm won't stand for. 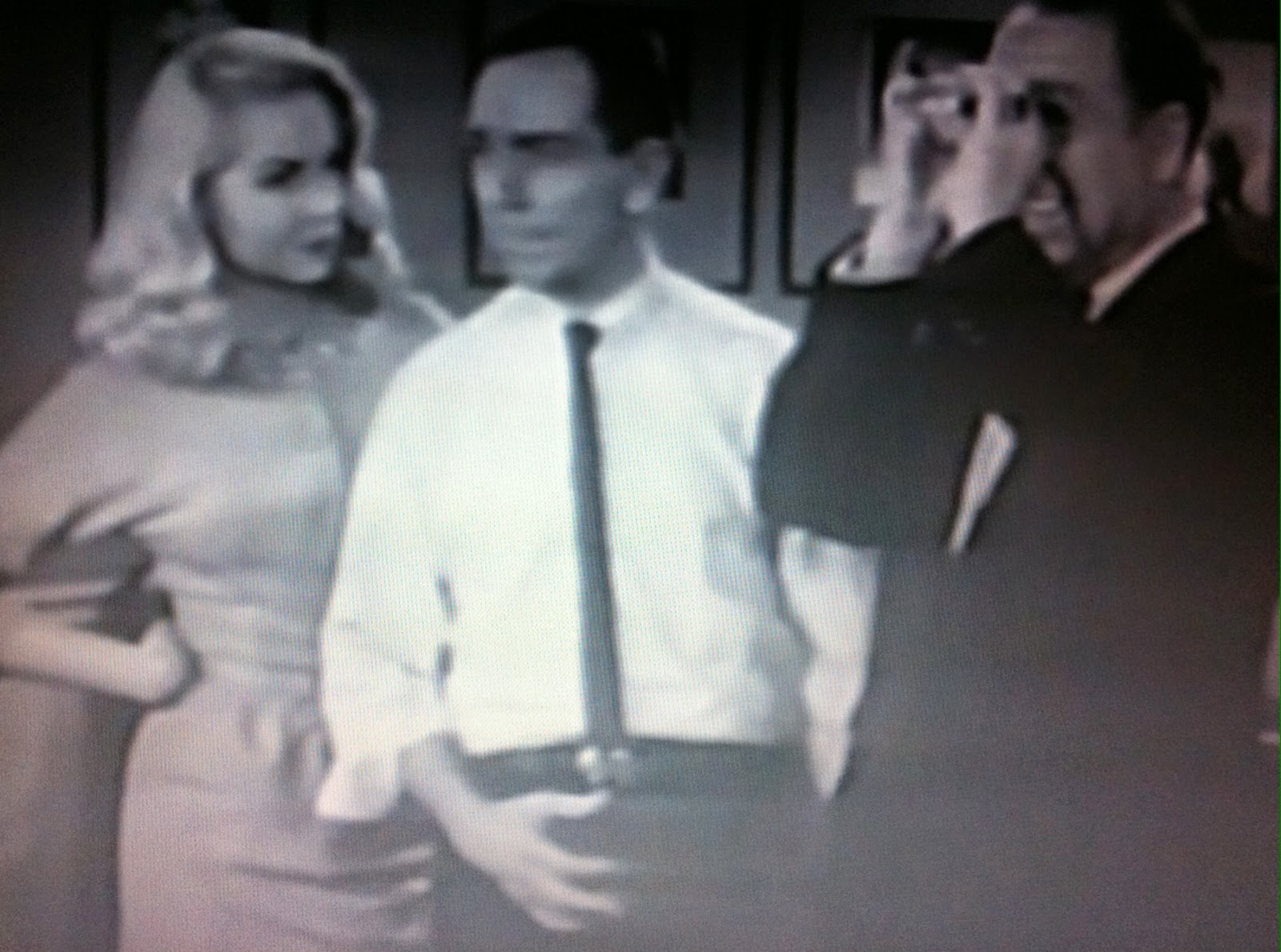 Upon Hap's unexpected arrival at Bob's studio, the Furniture King mistakes Collins for Helm, and Harvey persuades his old comrade in arms to keep up the ruse long enough to close the business deal.  Bob reluctantly agrees, realizing that this "double date" does give him a chance to juggle his own dating dilemma.  Telling each model that the other is Henderson's date, Bob takes the imperious Hap out on the town with Helm's career hanging in the balance. 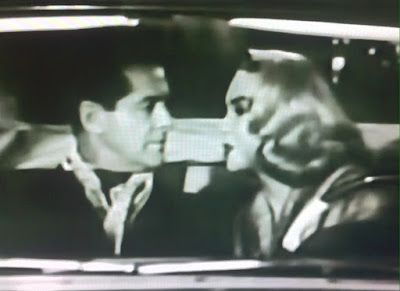 Rosemary de Camp and Dwayne Hickman are nowhere to be found in this fourth season entry, but despite the dearth of household action Bob Gets Harvey a Raise is still quintessential BOB: hyperactive and thoroughly un-PC.  Things move swiftly from the studio to the nightclub and back during this very long evening and Collins deftly steers Hap, Shirley and Collette from the truth throughout with some extremely close calls along the way.  My pick for the most amusing: Bob holding hands with both models at the table (while clueless Hap drones on) until a spilled drink outs him--just one of several sight gags expertly directed by the series' star. 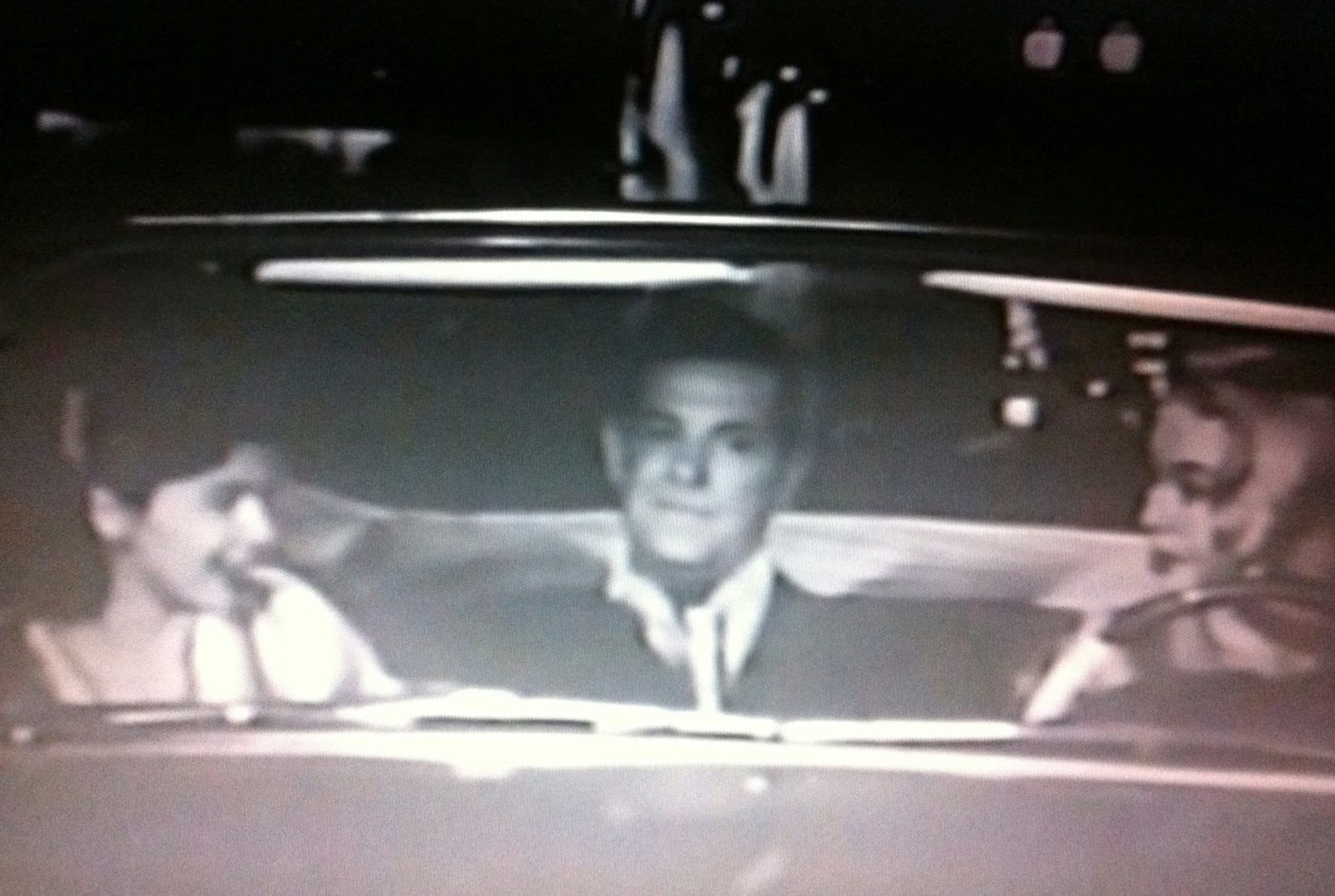 Unlike some reviewers, I could always take the leap of faith and buy Cummings as a ladies' man on LOVE THAT BOB.  After all, he was an untamable bad boy and a single, successful business owner (the latter, of course, making him a "good catch") whose chosen profession also put him in a position to further a model's career.  Having said that, Bob Gets Harvey a Raise is truly a guilty pleasure.

Within the first two minutes, Bob is calling Shirley a "cheesy face" and Collette a "bonehead", and has them both loving it--using their lack of familiarity with French and English respectively.  Just the first of many shameless manipulations.  Both models are subjected to unwanted attention from the loutish Henderson.  "Hap" talks loudly and incessantly about himself, carries pornographic calendars and stereoscopes, and repeatedly steps on the feet of both dance partners with nary an apology.  Before his long run as the Maytag repairman, Jesse White made a living playing characters like this.  You know--assholes!  Watching him here, it isn't a stretch to picture him ending up lonely....

Joi Lansing and Lisa Gaye were arguably the two most popular recurring models on LOVE THAT BOB.  Both actresses appeared in all five seasons and obviously impressed co-workers as much as the viewers.  Lansing later played Gladys Flatt on Paul Henning's biggest hit, THE BEVERLY HILLBILLIES, and Gaye guest starred on both of Cummings' subsequent series, THE NEW BOB CUMMINGS SHOW and MY LIVING DOLL.  Incidentally, Gaye later named Cummings her favorite of all the directors she ever worked with.  High praise--Gaye had nearly 100 imdb credits before her 1970 retirement. 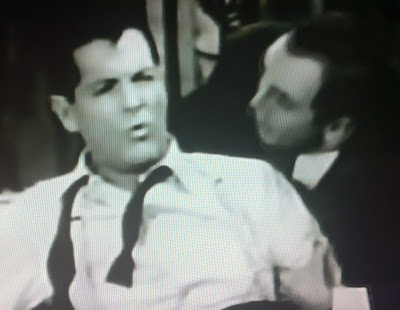 Bob Gets Harvey a Raise has a plethora of the show's typical sexual innuendos.  Also a lot more drinking than usual, with the result that neither Bob nor Henderson is anywhere to be found the morning after--at first, that is.  It is even implied that everyone got so schnockered that Henderson scored!  (Listen for the line about the "small but springy" dance floor after the awakening.)  Given Hap's overall appeal to the fairer sex, this a definite "guy's episode", though even men might wince now.  Nevertheless, taken as cringe humor, it is frequently hilarious. 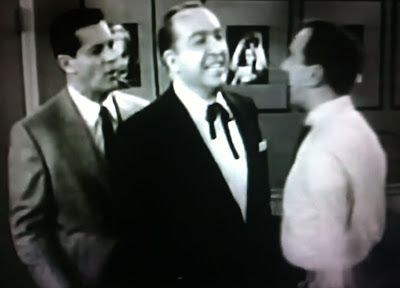 Bob Gets Harvey a Raise is actually the first of a two parter (Henning loved multi-episode arcs, something he would continue on HILLBILLIES) but part one is far better than part two, Bob Saves Harvey, and works more than well enough as a self-contained installment.

No one, for once.  Even Henderson was inadvertently helping Collins out with his scheduling conflict.


See above.  If Henderson scored, then you know Bob was a slam dunk. 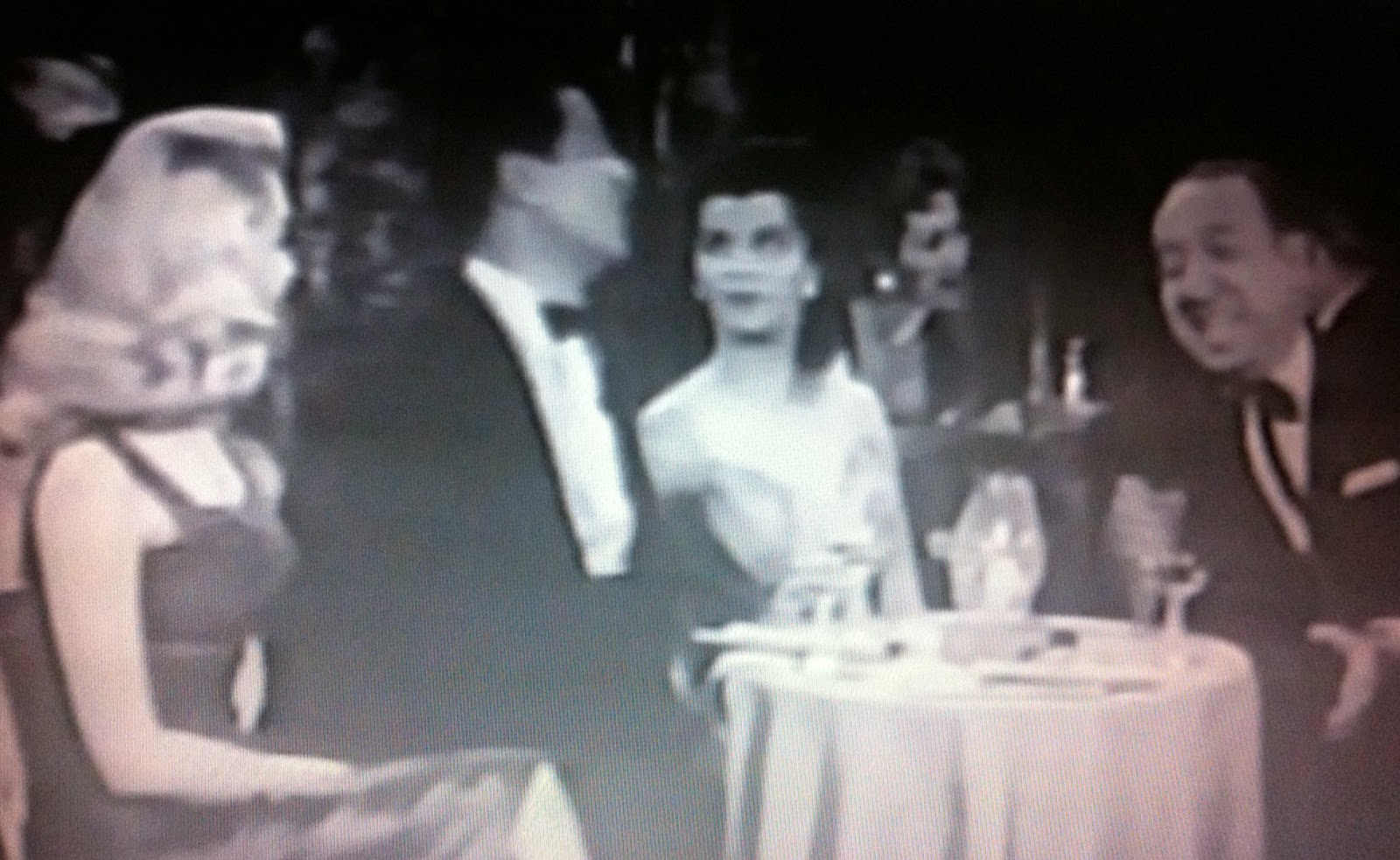 With more objectification of the models than usual (yes, even for this show), Bob Gets Harvey a Raise is the very definition of a guilty pleasure.  One of the guiltiest.  It's a little hard to buy Collette and Shirley putting up with some of the shenanigans at the nightclub, Bob or no Bob.  Assuming you can take that leap, this one is frequently hilarious.  Henning, Wesson and Gordon provided the usual sharp, risque lines and funny situations, and Cummings continued to impress with Emmy-worthy work behind the camera.  Yeah, you'll wince a few times, but you'll be red-faced from laughter and embarrassment in roughly equal amounts.  A genuine artifact from an earlier time that retains its entertainment value, both intentional and not.    (***1/2 out of four)


Bob Gets Harvey a Raise is on Youtube for your viewing pleasure at this link.
Posted by Hal at 9:47 PM

In looking over these Love That Bob! posts, i note that you've given little if any notice to Paul Henning's penchant for naming characters in his shows after close friends, usually fellow comedy writers.

"Harvey Helm" is a prime example.
There was a real Harvey Helm, who was a co-writer with Paul Henning on The Burns & Allen Show just before LTB! was launched.
Henning and Helm's friendship dated back to old radio days.
Part of the inside joke was the casting:
The real Harvey Helm was a large, heavy-set man; King Donovan was average height and slightly built.
I don't claim to be an expert on Paul Henning's career and style, but I did notice names on this show and The Beverly Hillbillies that I also saw in the credits of these shows that Henning was involved in over time, and so I mention it here.

Thanks for reading Mike! You're right, there were a lot of these references in the writing; one of Chuck's frequently seen friends as named Joe Depew, after the assistant director on the show who later helmed over half the BEVERLY HILLBILLIES episodes. I wasn't aware of the in-joke on Helm's physical stature. And of course Chuck's sometime girlfriend Carol Henning was named after the producer's daughter (played by Olive Sturgess). Thanks; I'm hoping to get the other 162 episodes of Love That Bob reviewed eventually :)