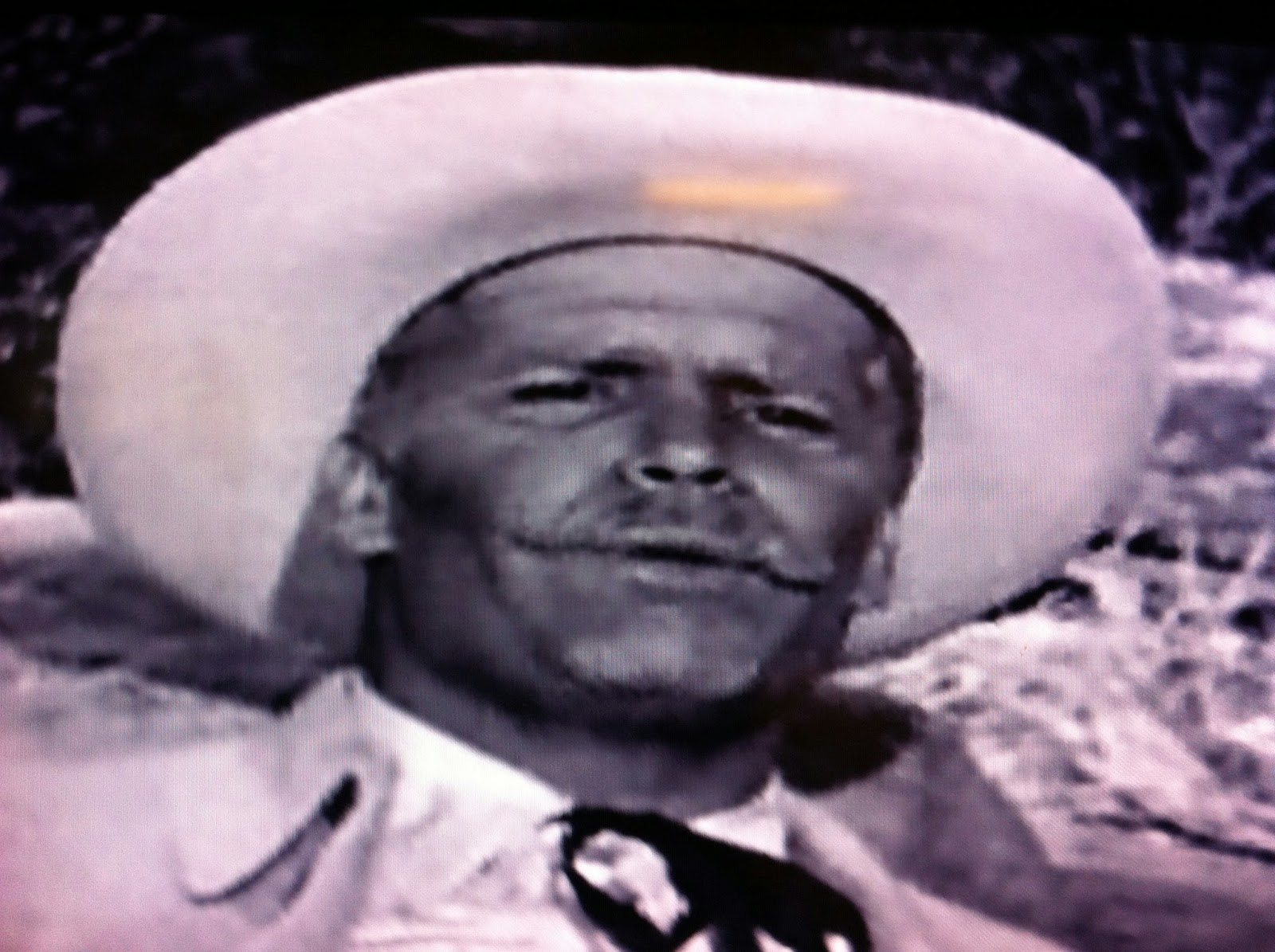 Bret and Bart travel to Louisiana after learning from young Danny ("Dan!") Jamison that their Pappy is engaged to an 18 year old girl.  With both Maverick brothers suspicious of this unusual and sudden wedding, Bart poses as Dandy Jim Buckley to help get to the bottom of things. 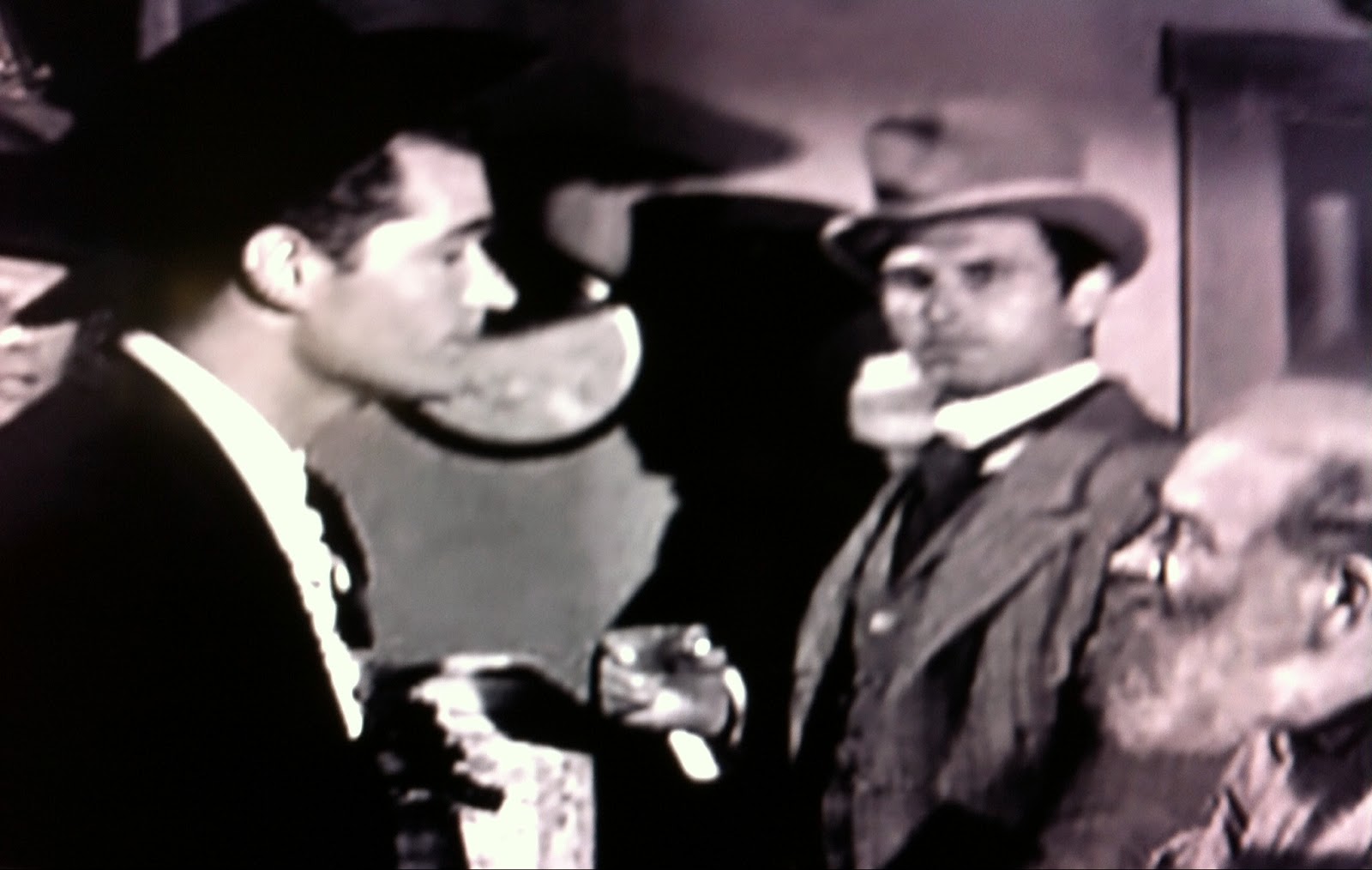 Turns out those suspicious notions are well founded.  Rene mysteriously insists on twenty witnesses for the engagement announcement and Rene (the father of the bride) offers "Buckley" $2,000 to kill Pappy with the stipulation that it happen in a "fair duel".  To flush out the truth requires a second impersonation, with Bret assuming Pappy's identity and exchanging harsh words with "Dandy Jim" during an ensuing poker game. 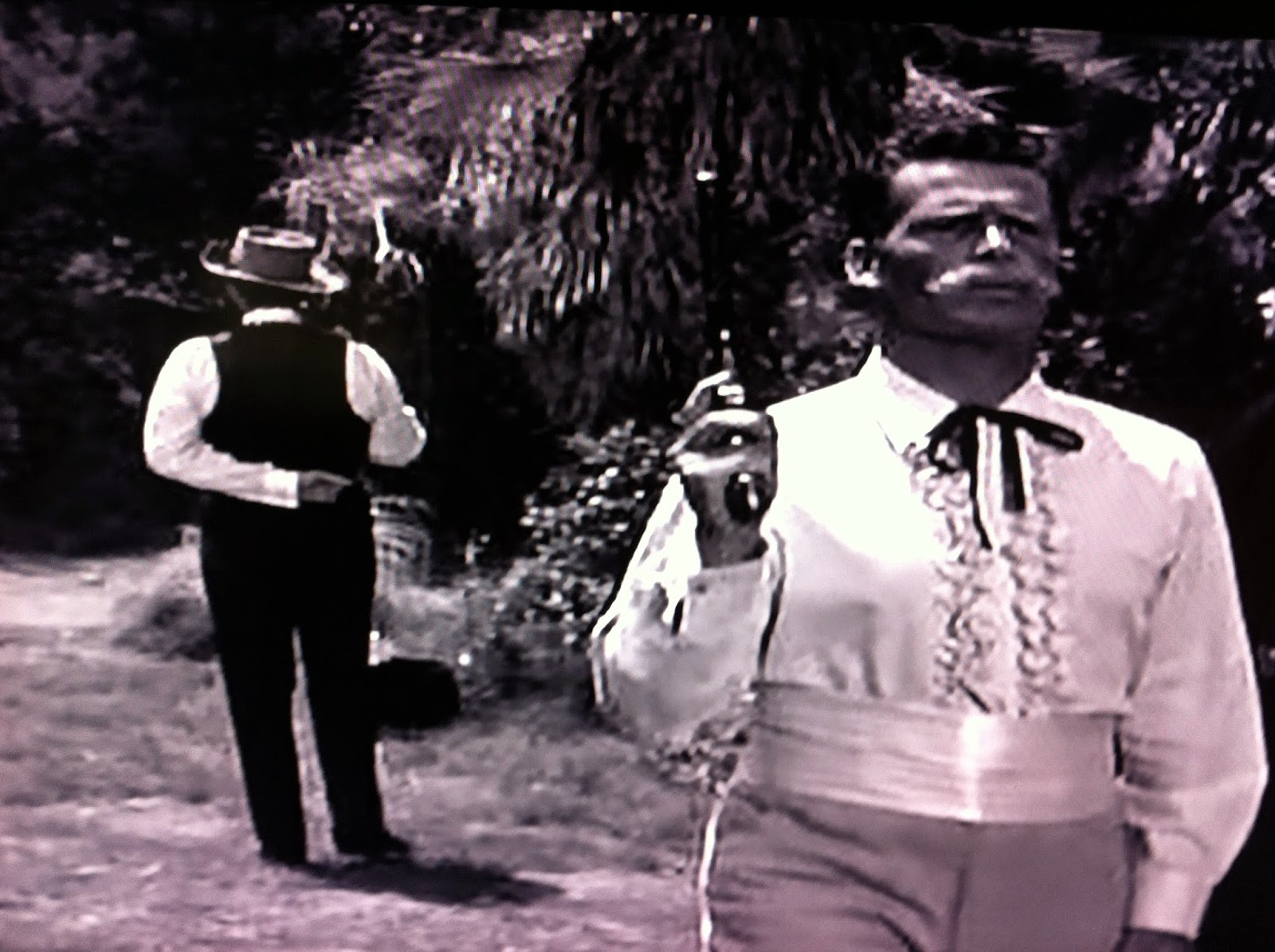 With Pappy, new producer Coles Trapnell created some controversy with his very first episode after succeeding Roy Huggins.  Huggins, who was forced to leave after the second season due to illness, complained the loudest.  The series' creator explained that "Pappy" was intended to be heard (second-hand) but never seen, and in fact, in the show's earliest references to him seemed to have passed on. 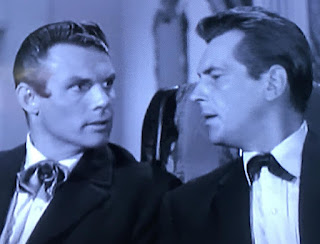 Huggins' point is well taken: after hearing so much about Pappy and his proverbs, seeing the wise one in the flesh was going to be a letdown under any circumstances.  Nevertheless, with Huggins out, Montgomery Pittman was the best writer to bring this idea (ill-advised or not) to fruition.  Pittman, who penned the memorable Saga of Waco Williams (a parody of MAVERICK itself) during the second season, concocts a routine scamming plot that leaves plenty of room for both of the show's stars to engage in copious amounts of deceptive role playing.  However, Pittman realized that fans of the series also expected some details on the fascinating history of the Maverick family, and provided several fun, insightful asides. 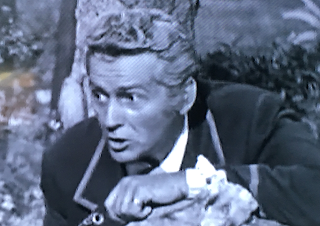 The very best MAVERICK episodes featured both leads, and in contrast to the situation in Shady Deal at Sunny Acres, Bret and Bart work together for much of Pappy.  Garner seems to be having a lot of fun, and it is especially satisfying to see stuffed shirt villain Daniell taken down a peg--his utterly humorless approach is a perfect contrast to our heroes' drollery.  Bart is inside a cell when we first see him.  Like Uncle Joey Baines, Bart had better get used to the bars--he'll be thrown in jail repeatedly in the season that follows. 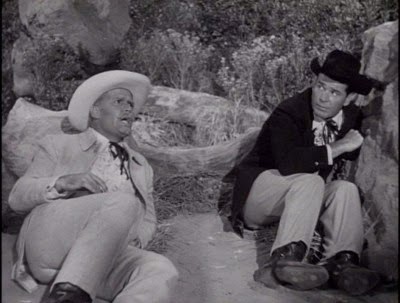 Trapnell apparently wanted to pull out all the stops while taking the reins on MAVERICK.  As mentioned, Garner and Kelly both had opportunities to impersonate someone else while in character and to play a dual role for the first time.  There's also a prominent role for rising Warners contract star Donahue (soon to hit it big in A SUMMER PLACE) and two minutes of delightful hamminess by Hubbard as Pappy's "personal physician", who attends to him after a duel.  Sure, this is a gimmicky episode---how could it not be?   In the end, Pappy didn't embarrass himself, though he did go back to being an unseen source of wisdom after Pappy. 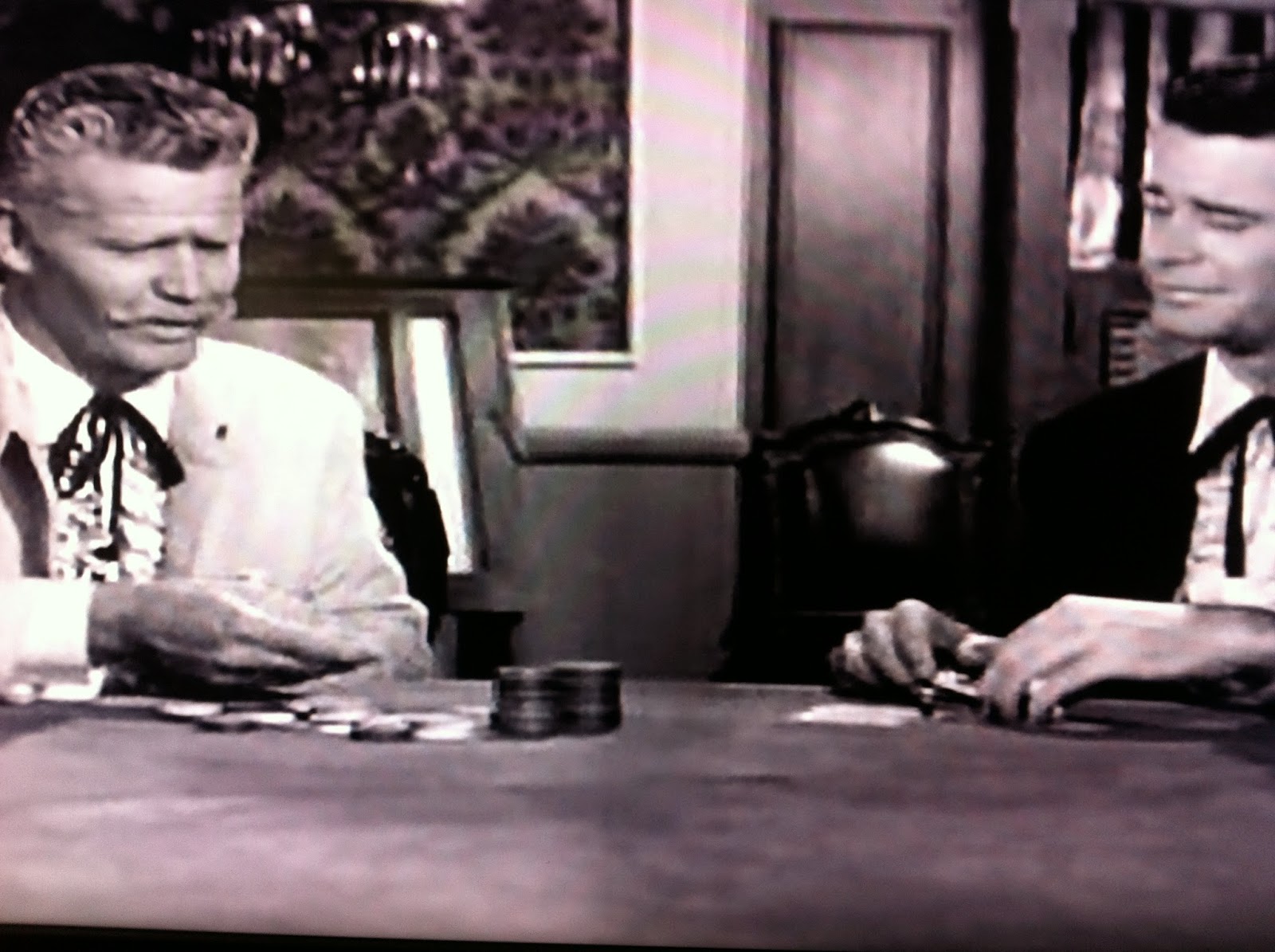 Bret leaves a game in the opening scene after Dan arrives, and is actually accused of a "hit and run" for once!  His profit is unspecified but substantial enough to annoy his table foes. Bart suffers a loss to Bret (as Pappy), but there's likely no real money involved since the game is staged to set up the duel between "Dandy Jim" and "Pappy".

The biggest winner is, of course, Beauregard a.k.a. Pappy, who we see cleaning out a foe and ending a game with Broadway in his opening scene.  Son Bret is no match for father in an ensuing hand, losing a couple hundred with three treys bested by a royal flush(!). 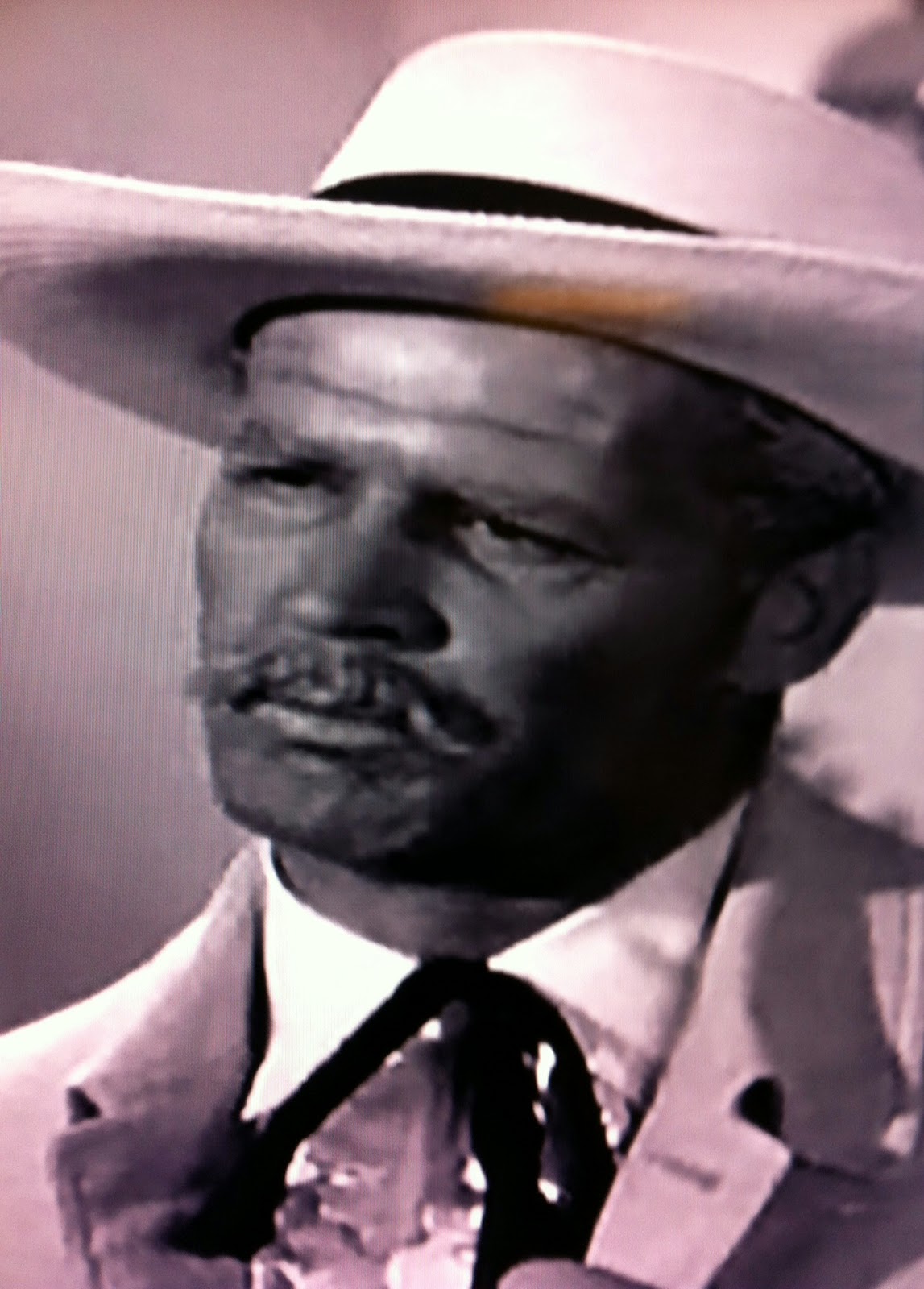 In addition to Beauregard's appearance alone contradicting those earliest indications about him, he informs us that he's raised "two" children already---but a third brother, Brent, would briefly appear nearly two seasons later as the show neared the finish line. 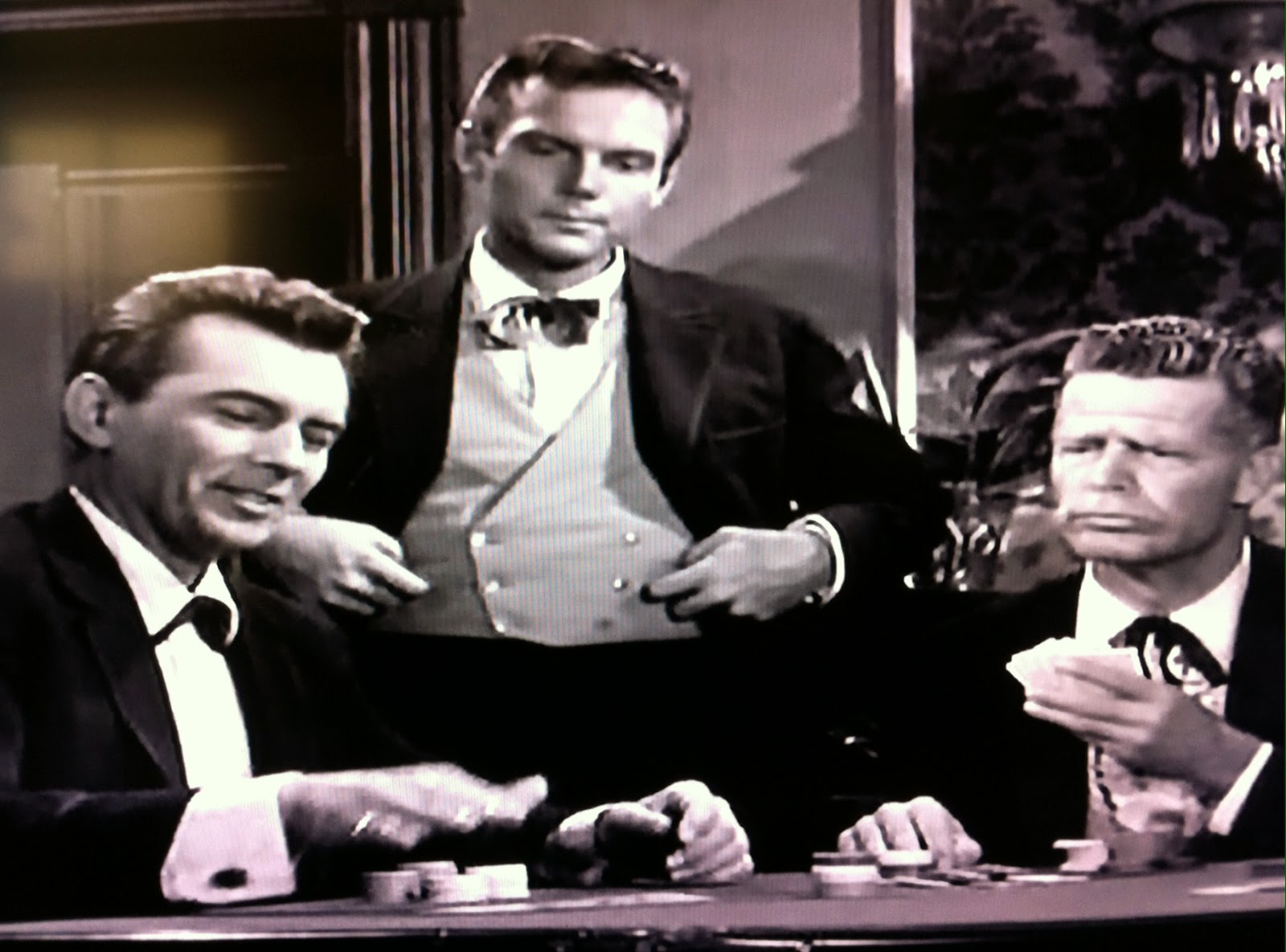 You know good and well you'll have plenty in the titular character's sole appearance.  We get a trifecta, one pearl each from Bret, Bart and Pappy himself.

Bret offers "The only time you quit when you're winnin' is after you've won it all!"

From jail, Bart counters with "The best time to get lucky is when the other fellow is dealin'."

And, for the only time in the show's history, one firsthand from the source: "If you're ever offered a rare steak that is intended for somebody else, don't bother with ethical details.  Just eat as much as you can before the mistake is discovered."


Since this is in response to Bret's questioning of what will happen if his bride to be seeks a younger man later on, it is heartening to know that this one slipped by the censors in 1959.

Huggins complained that MAVERICK became too broad comedically during its third season, and fans opined that Huggins' departure was the beginning of the end, but in truth, Pappy got season 3 off to a pretty auspicious start.  The tag that concludes Pappy is a stretch and a groaner, but Pittman's touch keeps this somewhat questionable idea from descending into camp until that coda.  With West joining Daniell in providing stuffy villainy, and a plethora of disguises, Pappy manages to spin without wobbling for over three quarters of its running time.  It may not quite be a top tier MAVERICK creatively, but Pappy is a welcome addition despite the conceptual drawbacks.  (***1/2 out of four)