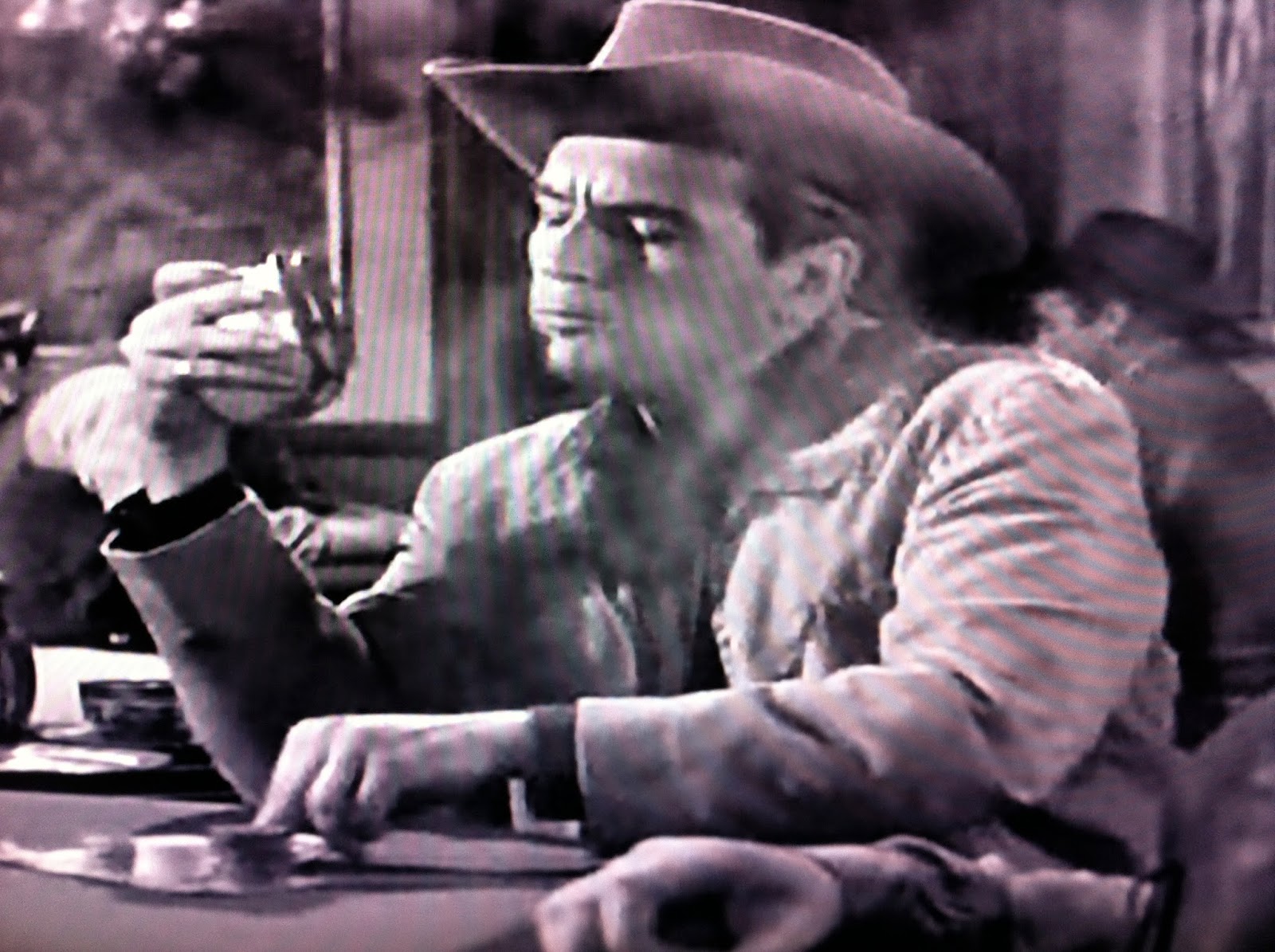 Riding in from Santa Fe, Bart arrives at Lindell's hotel/saloon after receiving a letter from old girlfriend Myra, who works there and is Lindell's current squeeze.  Myra helps pay Bart an old debt during a game of "California Poker" (by helping foil Harry and Lindell's plot to cheat him) and fills him in on "bigger plans": taking over the property with Bart's help.  Citing Bart's prowess at sniffing out a crooked game, Lindell has a proposition of his own for Maverick: a job as floor manager.  Lindell's first duty for Maverick is protection from Brazos, who has stated an intent to kill the saloon owner (over Myra). 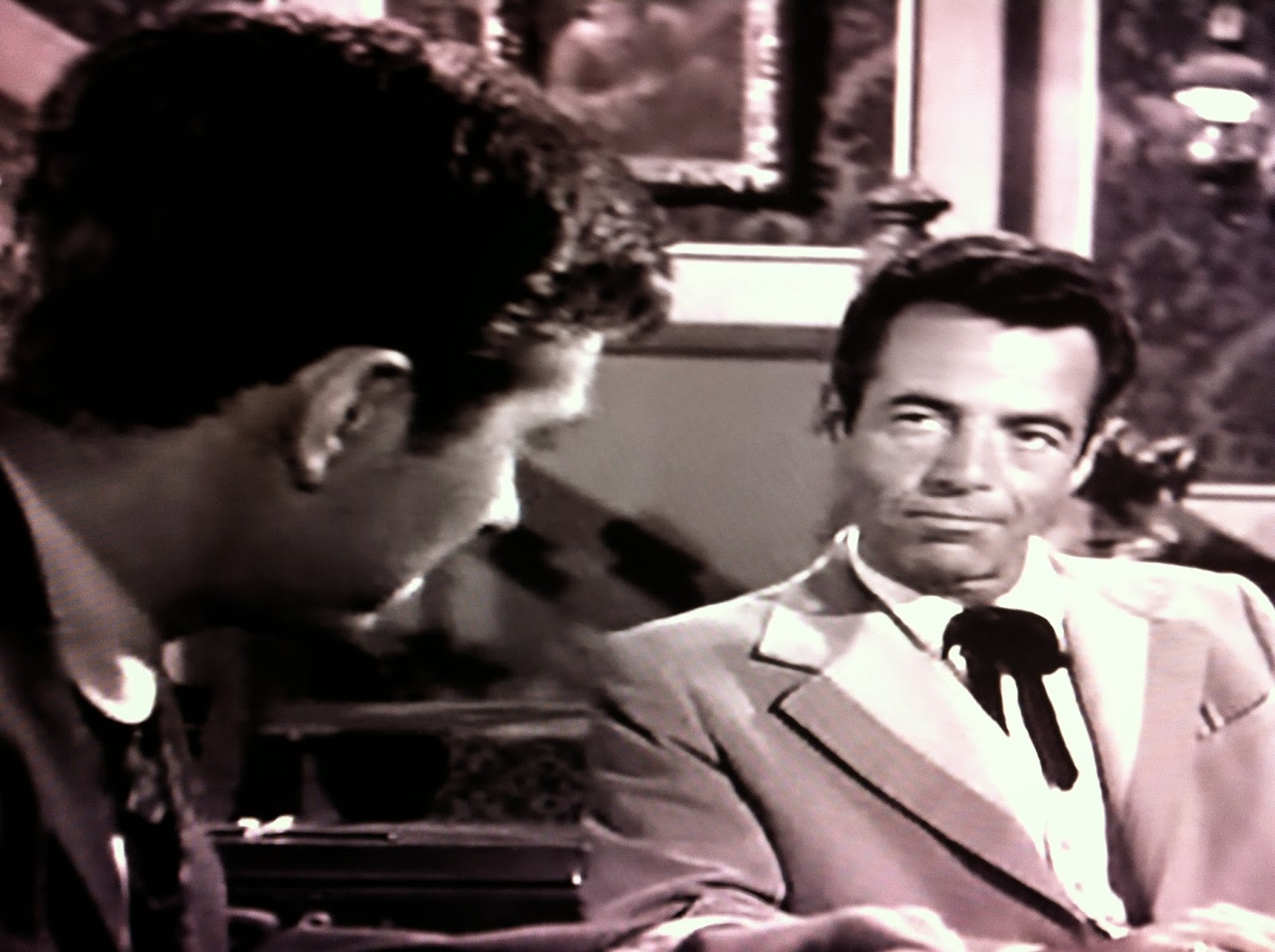 Correctly surmising that Brazos doesn't really have murder in his heart, Bart disarms the gunslinger peaceably.  However, Brazos is gunned down on his way out of town and Maverick finds himself accused of the crime when Myra provides Lindell's alibi.  Has Bart been played away from the table?  And if he has, was it by Lindell, Myra, both---or someone else completely? 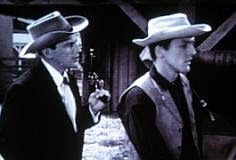 Douglas Heyes attempted a couple of MAVERICK Noirs in season two, including Mohr's previoius appearance owning a gambling hall, Escape to Tampico.  WaGGner's attempt is considerably less humorous than the typical Bret solo show but still highly entertaining, and certainly nowhere near as dark Prey of the Cat.  For his teaser, WaGGner sets the plot in motion instead of previewing a scene from later, and that rarity for MAVERICK is only his first curveball.  WaGGner's script provides numerous twists and turns, with the seductive Myra using her wiles on multiple male marks and Bart trying to convince the skeptical sheriff that things aren't what they seem to be. 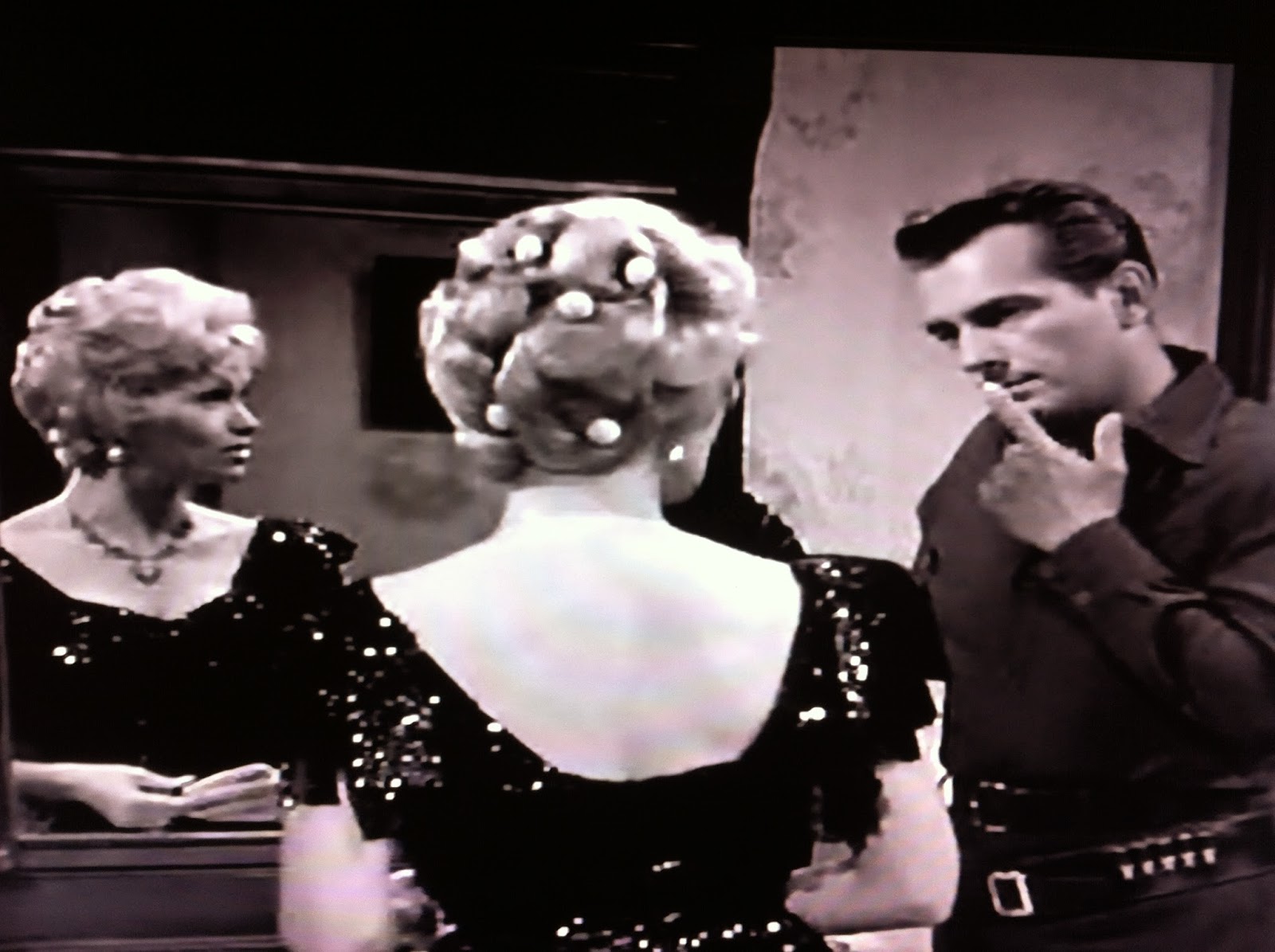 Exotic platinum blonde Karen Steele displays terrific chemistry with Kelly.  In fact, she's even better here than she was in the first season's Point Blank (when she enticed Bret and guest star Mike "Mannix" Connors).  We agree with Kelly wholeheartedly when he says she "has an eye filling strut": she's one actress we can believe has every man in the cast after her.

Steele, who was born in Hawaii to parents of French, Danish and English descent, was probably best known for the 1959 western RIDE LONESOME.  She brought her sultry voice and stunning looks to virtually every Warner Brothers series during the studio's TV heyday.  Ms. Steele died of cancer in 1988 at age 56.

As Lindell, Mohr is intimidating without ever once raising his voice.  He may be able to laugh off Maverick's deft deflection of his table tricks, but we later learn that it isn't the first time he's pulled it on an "outsider" to create unpayable debt.  With the subtlest of menace, he means it when he says he "owns this town"--to the sheriff's chagrin.

With his resemblance to Humphrey Bogart, Gerald Mohr found himself somewhat typecast in "B" film noirs in the 1940's.  Always a welcome presence, Mohr made seven appearances on MAVERICK in seven different roles.  James Garner cited him as a favorite actor to work with, though Mohr actually guested more often (five times) with Kelly.  Like Steele, Mohr also died young, of a heart attack at age 54 in 1968.

Sidestepping the scheme to foul his hand (with a sixth card) wins Bart $1100 after getting "tapped" by Lindell on the one hand we see.  It caps off a $2800 win for the night.

Startlingly, not a single proverb from wise old Pappy this time.  The closest we get is gravedigger "Pop" explaining his repeated use of the episode's title. 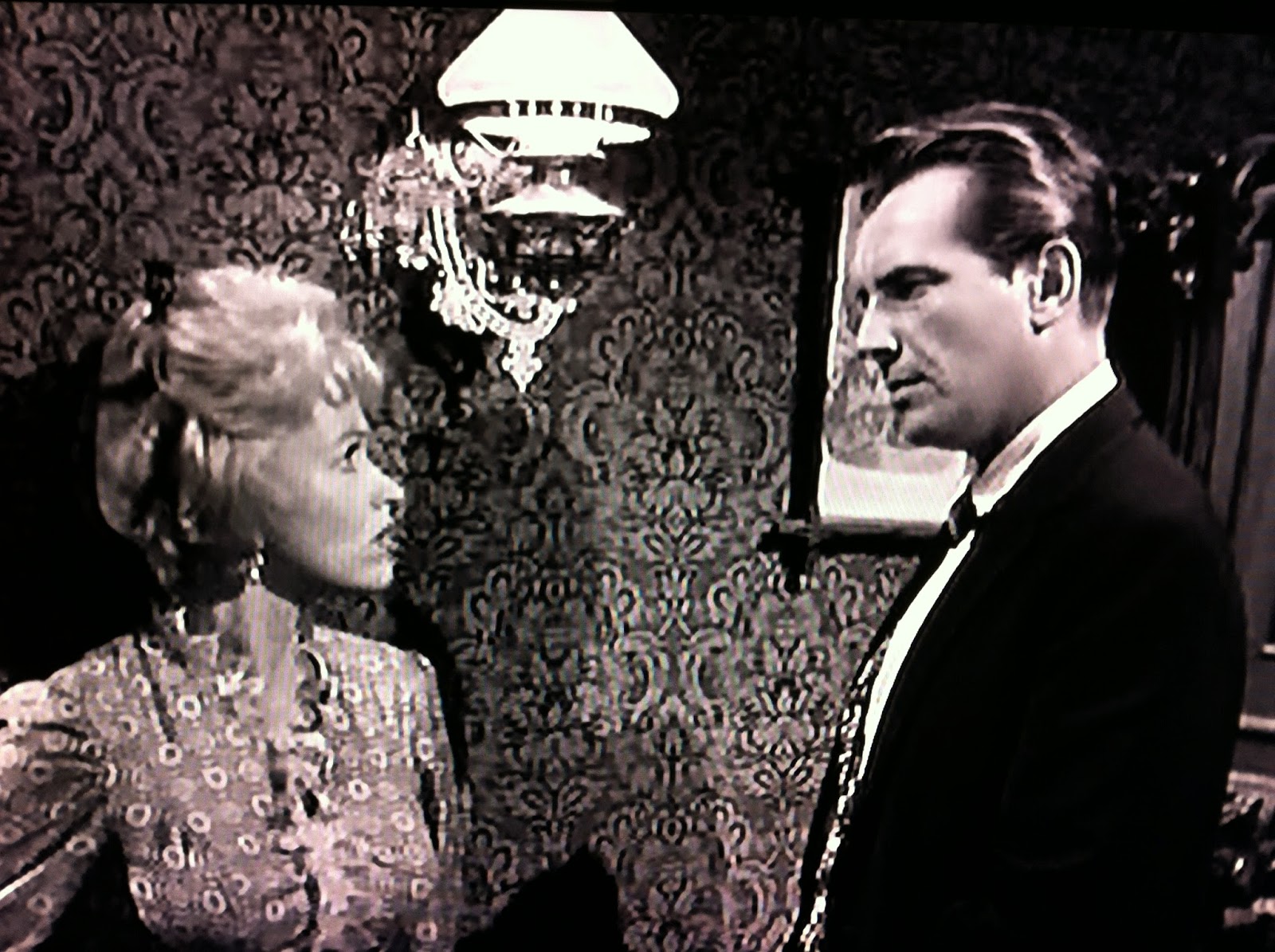 Waggner helmed a very entertaining installment for each Maverick brother during the third season (Garner's was The Sheriff of Duck n' Shoot).  While he returned to direct again in the fourth season, You Can't Beat the Percentage was Waggner's lone MAVERICK teleplay.  Its only real flaw is being a little too conventionally serious for a series that was usually anything but.  It's still a fine episode that plays perfectly to Kelly's strengths.  With engaging twists and two of the show's best guest stars, You Can't Beat the Percentage is worthy of repeat viewings.   (*** out of four)