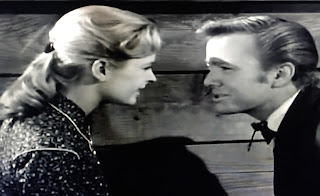 
Bret Maverick is just passin' through Carteret land en route to St. Louis when he happens upon Juliet Carteret, Sonny Montgomery and their broken down horse carriage.  Bret briefly interrupts his journey to help the couple get the wheel fixed and finds himself nose to nose with the entire Carteret clan, accused of assisting the elopement by hot-headed Ty.  In the ensuing fistfight Ty instigates, the ill-tempered young Carteret hits his head on a large rock.  Held responsible for Ty's head injury, Bret finds himself taken hostage at gunpoint by the still suspicious Carterets. 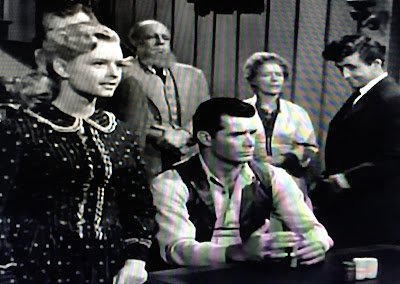 Maverick soon learns that the young lovers are on opposite sides of a family feud (over land) that has lasted generations. With his life on the line (thanks to revenge-seeking Ty), Bret suggests a civilized way to settle the dispute: a poker game, with Bret playing on the family's behalf.   Since there's only half a dozen players in the West who can hang with Bret at the tables, it seems like a sure win for the Carterets.  That is, until "Bret Carteret" meets his opponent: Bart "Montgomery". 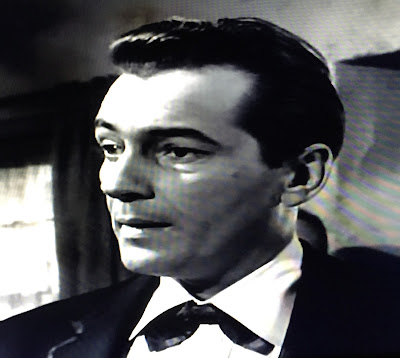 A MAVERICK variation on Romeo and Juliet?  Producer Coles Trapnell admitted that Maverick and Juliet is lifted from Mark Twain's satirizing of Shakespeare in Huckleberry Finn.  In earlier seasons, a natural fit for Marion Hargrove (The Rivals), but with the Gun-Shy author long gone from the series, the assignment went to Herman Epstein, another of Trapnell's colleagues from his days at Four Star Productions.  As was the case with Epstein's first installment (A Fellow's Brother), he crafted a hilarious tale of misguided family honor and illogical logic. 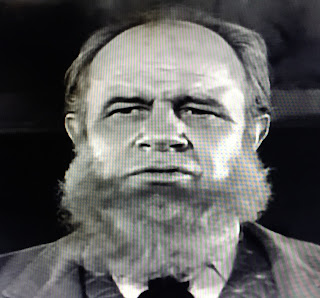 The Carterets and Montgomerys have been at war for a half century over access to fifty acres of land.  Neither patriarch is trusting enough to resolve the dispute--each prefers the collateral damage of losing the occasional family member to gunfire over "trafficking with the Devil".  The stubbornness has been passed down intact for three generations, with no sign of fading anytime soon if the youngest Montgomery's attitude is any indication. 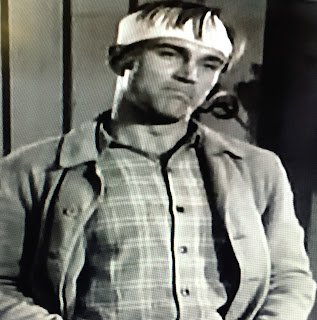 While Mr. Carteret "don't hold with gambling" he is perfectly okay holdin' with murder and deception.  "Whatever must be, must be."  Gunshots are liable to ring out at any time, except for Sunday--neither family wishes to fight on the Sabbath and they attend the same church (with the two clans collectively comprising about eighty percent of the congregation).  The Montgomerys and Carterets are faithful in physical presence, but the sermons fall on deaf ears, week after week--the feudin' starts right back up after midnight every Monday. 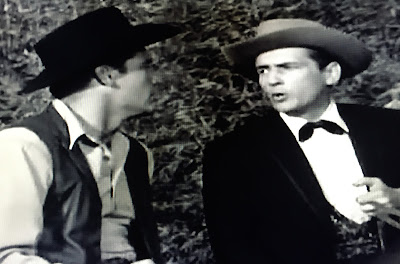 Only Sonny Montgomery and Juliet Carteret join Bret in seeing the ludicrousness of letting the land go unused ("this way, everyone loses").  Summing up this hopeless--but of course, never serious--situation: Ty, spoiling for a gunfight, shoots a silver dollar in the air to intimidate Bret.  The eldest Carteret sternly scolds his son for wasting ammunition.  Maverick is horrified, too--because money is being destroyed. 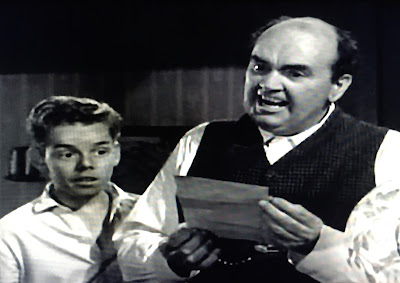 The highlight of Maverick and Juliet is the opportunity to see Bret and Bart on opposite sides of the poker table in extended action for the first (and only) time.  Bret is thrown off by the unexpected competition, and Bart takes advantage, building an early lead.  Despite Bart's initially heartless response (hilariously voiced by messenger Juliet) to Bret's dilemma, the younger sibling displays some brotherly love by tapping the brakes on the budding rout, and Bret returns the favor when the tables are turned. 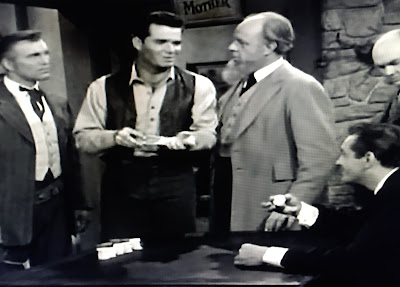 Though this epic poker match isn't entirely on the level (how could it be, since both sides are entering it under false pretenses?) it is realistically staged, with a small full house being the top hand we see and the deciding hand being won (or is it?) by two pair.  Director Lubin has a similarly grounded approach to the episode's humor, completely eschewing silliness for Garner's exasperated reactions to the absurd logic of his captors. 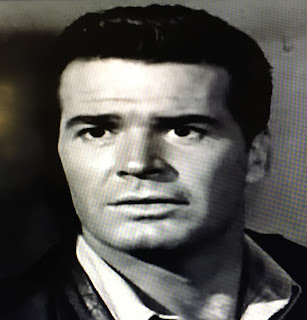 The question of which Maverick is the better player remains unanswered after two days of heads-up action but this particular battle is conceived, fought and decided pragmatically.   Satisfyingly, too.  Young lovers are helped, a family feud is resolved, and the Maverick brothers come through for one another--well, sort of.  But never fear, you're still firmly in the MAVERICK universe, with no tears, no hugs, and certainly no lessons learned in Maverick and Juliet.


HOW'D THEY DO AT POKER?

The Mavericks emerge from their own family battle with both of their lives intact and $5,000 profit to keep in the family, the best possible outcome.  Bret does kick ass earlier against Nat Carteret, but the only thing at stake is a chance to play for his life if he shows prowess against the family's most experienced gambler. 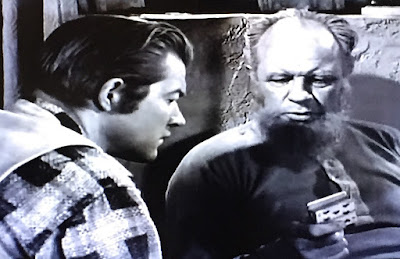 Wise old Pappy is in fine form, with both aphorisms hitting the bull's-eye.  "If all the men who lived by the gun were laid end to end, I wouldn't be surprised."  Gunfire from the Montgomery family partially obscures the final word.  Even better is Bart's response (via Juliet) when Bret relays the dire fate he faces if he loses the game.  Is brother Bret's life more meaningful to Bart than the promised $5,000 for the win?  When in doubt, heed Pappy's words: "The only thing more important than money is more money."

One of the unsung heroes of the Coles Trapnell Era, Epstein penned four segments during his Four Star Productions colleague's MAVERICK stint.   All were winners, and this is his best (by a nose over A Fellow's Brother).  Getting the Maverick brothers across the table from one another for the highest stakes was a much anticipated situation for two and a half seasons, and the writer doesn't disappoint-- director Arthur Lubin deftly handles both the game and its buildup.  Maverick and Juliet is deserving of its high reputation with fans and one of the most rewatchable installments of the entire series.  (**** out of four) 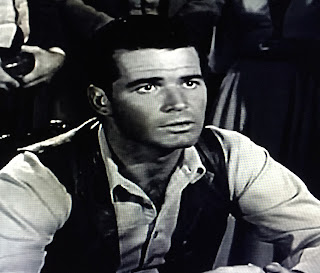 MAVERICK currently airs Monday through Friday at 1 PM Central/2 PM Eastern without commercial interruption on Encore Westerns.
Posted by Hal at 4:00 AM

Another great, insightful write-up about one of the very best episodes. Easily top ten.

Thanks Max! I hope to be a little more industrious with these in the coming weeks/months. :)

Michael Garret shows some pretty fancy gun spinning as Ty Carteret. I wonder if he learned from Republic stuntman Tom Steele or one of Steele's students.