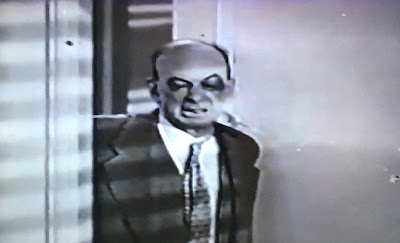 Introduction to our Leon Errol Salute Series is at this link.

Leon Errol managed to make it to his office the morning after a particularly wild party at The Pelican Club, but isn't taking any visitors.  Too bad: titular fire bunny Gloria shows up, requesting the return of a compact she accidentally dropped in his pocket while they were dancing.  If you're guessing that Mrs. Errol is unaware of last night's activities, you're right--and you can probably deduce that she will find the compact and storm into the office while Ms. Richards is still there.  Leon is able to convince the Missus it was intended as a surprise gift for her, but his worries are far from over.  Gloria also has a spouse, and he's even more upset.  Mr. Richards files for divorce--naming Leon as a co-respondent. 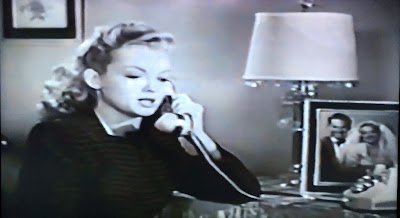 He may have a cold pack on his head and the need to replace a few appointments with naps, but Leon sucks it up and makes it to the workplace under trying circumstances in this classic Hal Yates barn burner.  Ms. Richards shows she means business from the get-go, even ripping Chandler's skirt to get into Leon's office!  It must have been some party for both of them, if she was sufficiently distracted to leave a $200 makeup mirror with her venerable suitor.  Gloria certainly can't be all that innocent if she's dancing with Leon at his favorite watering hole--perhaps she's looking to upgrade financially?  If her age-appropriate husband can afford a compact worth $2,822 in today's dollars(!) she isn't doing too badly for herself already.  A bald, short man in his sixties able to pry Myrna Dell from her hubby--need any further proof that Leon Errol is a role model? 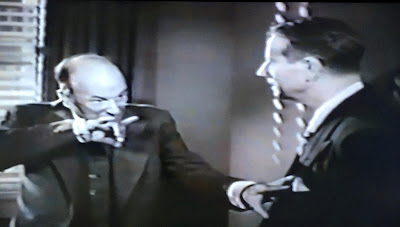 Our durable carouser is also commendably careful, able to charm his brother-in-law the physician into helping.  Hard to swallow?  Maybe, but then again Leon could have a little blackmail material ("he's my pal!").  Errol also deftly avoids having Gloria's name on one of his checks and makes assistant Brooks accompany her to the store to The hangover doesn't keep him from thinking on his feet when the Missus arrives, but the addled state of his brain finally shows itself when she leaves and takes the adrenaline rush with her.  A bit of advice: don't put your whiskey next to the ink bottle in your secret desk drawer. 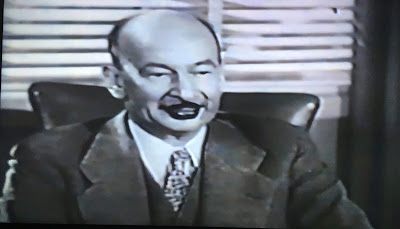 Yates keeps the complications coming swiftly: numerous ill-timed arrivals on and off screen are par for the course, and a most unfortunate sprained ankle at the Errol household is the one thing our boozy buddy just can't see coming.  Still, Leon does a terrific job deflecting exposure under the circumstances, and just might avoid getting that vase broken over his head this time. 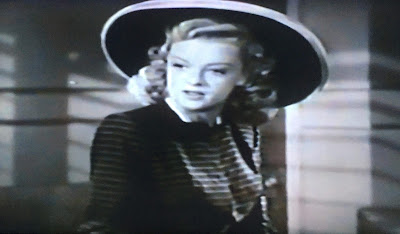 Myrna Dell (Oh, Professor Behave!) was just beginning to receive consistent screen credit; this was the second of her seven Errol shorts.  Despite her titular role here, she was usually a beautiful blonde.  She gets laughs with her subtly assertive nature, which immediately changes once Mr. Richards shows his anger and threat of a divorce seems real.  It doesn't happen by the fadeout, but I still came away thinking the Richards have more marital problems than the Errols.  Dorothy is considerably more understanding than usual, maybe even gullible for the first reel.  Don't worry, that doesn't last. 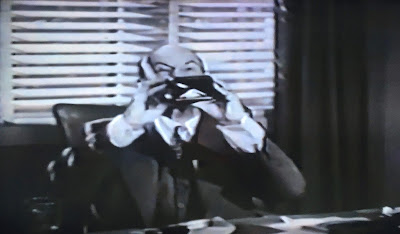 Soon to join a pre-HOLLYWOOD SQUARES Peter Marshall in an underrated comedy team of the 1950's, Tommy Noonan makes his series debut as Dr. Thompson's unfortunate assistant.  This would be the first credited role for Tanis Chandler, and also the only short subject possibly best known for THE TRAP.  Marc Cramer would also play Dell's angry (to be fair, with good reason) husband in Double Honeymoon. 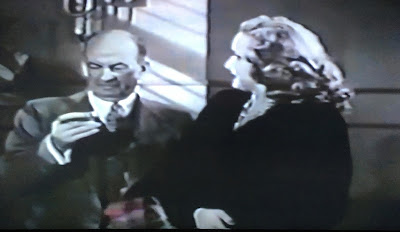 Drinking, carousing, burning the candle and both ends, and practicing the  "deny, deny, deny" technique decades before GUIDE FOR THE MARRIED MAN, Leon Errol never changed on screen no matter how many decades passed.  Thank God.  He and Hal Yates both realized audiences never wanted him to, and as a result we have dozens of laugh riots just like Beware of Redheads just waiting to be rediscovered.  (***1/2 out of four) 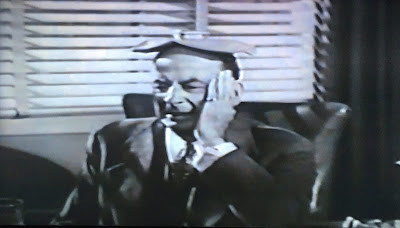