On the day that Bob is photographing a harem scene with Schultzy playing a bearded Sheik(!), plain Jane birdwatcher Pamela Livingstone arrives with a problem.  Not the usual one, which is trying to lure Bob away from the beautiful models (a desire she shares with Schultzy).  She's been corresponding by mail with eligible bachelor and fellow birdwatcher Warren, who has requested that she send a picture.

Aware that the book's virtues may not be reflected on the cover, Pamela asks for Bob's help in making her glamourous for the snapshot.  Eager to get Pamela out of his hair while he concentrates on his bevy of beauties, Bob dutifully proceeds with the makeover.  However, he delegates some of Ms. Livingstone's new look to the ever-loyal Schultzy, who is pining away herself, daydreaming about actually having a feminine role in one of Bob's shoots. 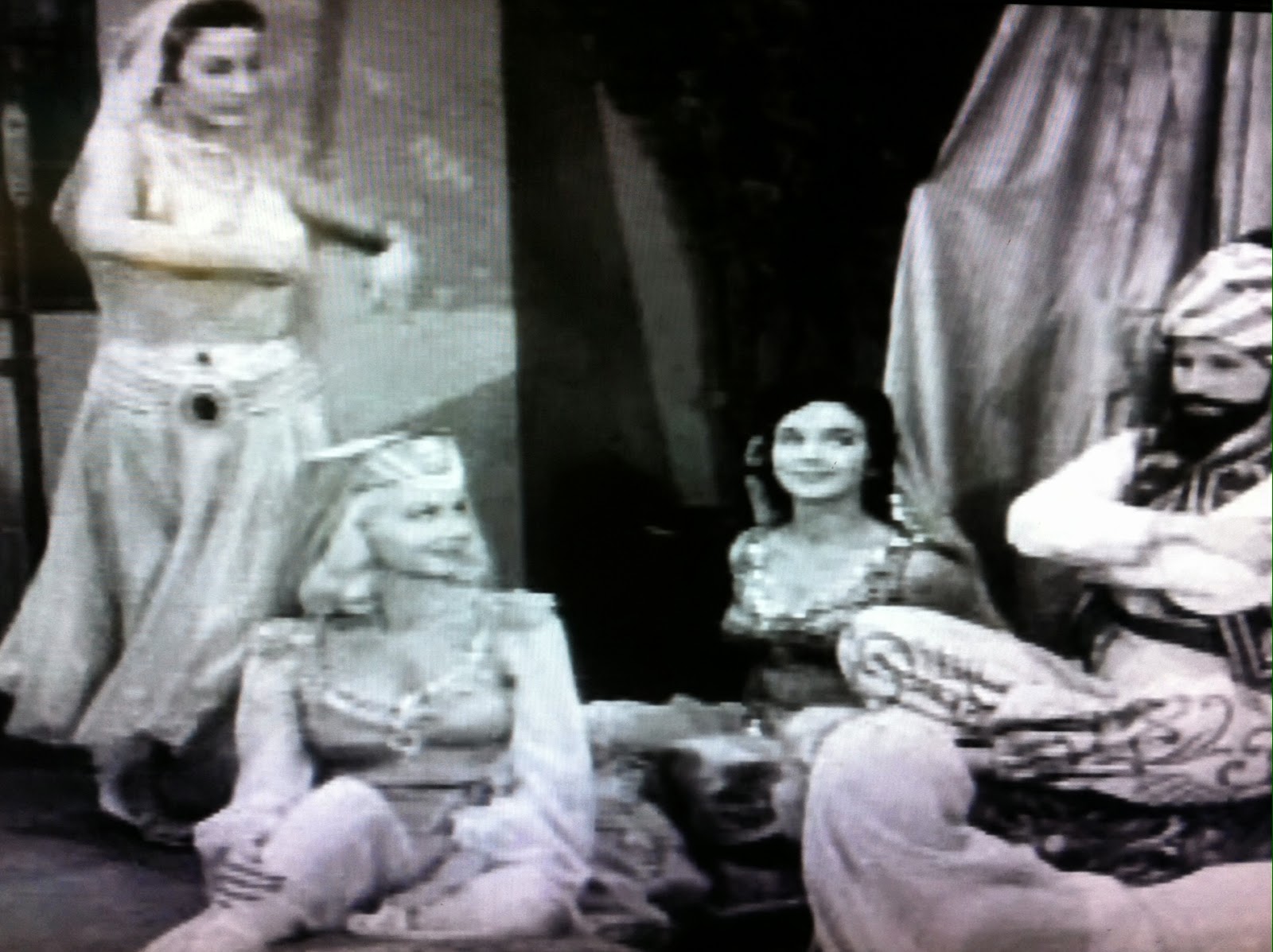 Nancy Kulp's big television break came with her recurring role of brainy birdwatcher Pamela Livingstone on LOVE THAT BOB.  She was never successful at securing a date with Collins, but Pamela was popular enough with audiences to return two dozen times during the show's five year run.  And of course, her memorable performance here established her with Henning, who cast her in what would become her most famous role as Jane Hathaway in THE BEVERLY HILLBILLIES in 1962.  Tall, slender and very prim, Kulp was typecast but seldom out of work for the next two decades.  With her "beanpole" image so well established to the modern audience, seeing the stylish and fashionable result of her transformation is a definite must-see moment for fans. 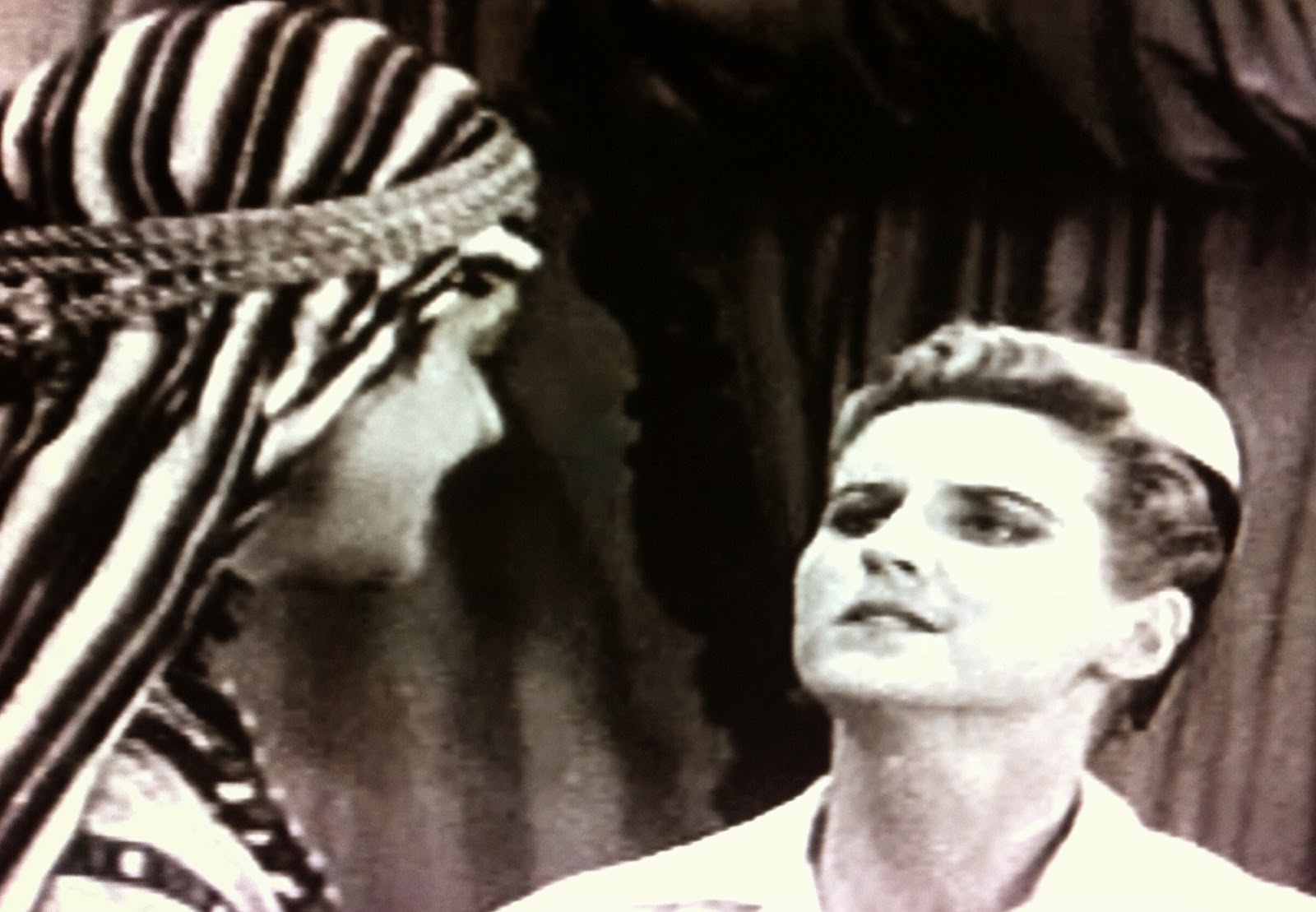 The Sheik is an episode for the non-models, as Ann B. Davis gets a chance to strut her stuff.   LOVE THAT BOB received a very respectable 15 Emmy nominations during its 1955-59, but Davis (who passed away on June 1 at age 88) was the only winner, receiving four consecutive nominations from 1956-59 and winning the last two.  As was the case in Bob Plays Margaret's Game and numerous other episodes, Schultzy is in drag for a few scenes here.  Like Pamela Livingstone, she gets a rare opportunity to be the primary focus of male attention, albeit in a dream sequence.  It's the highlight of The Sheik. 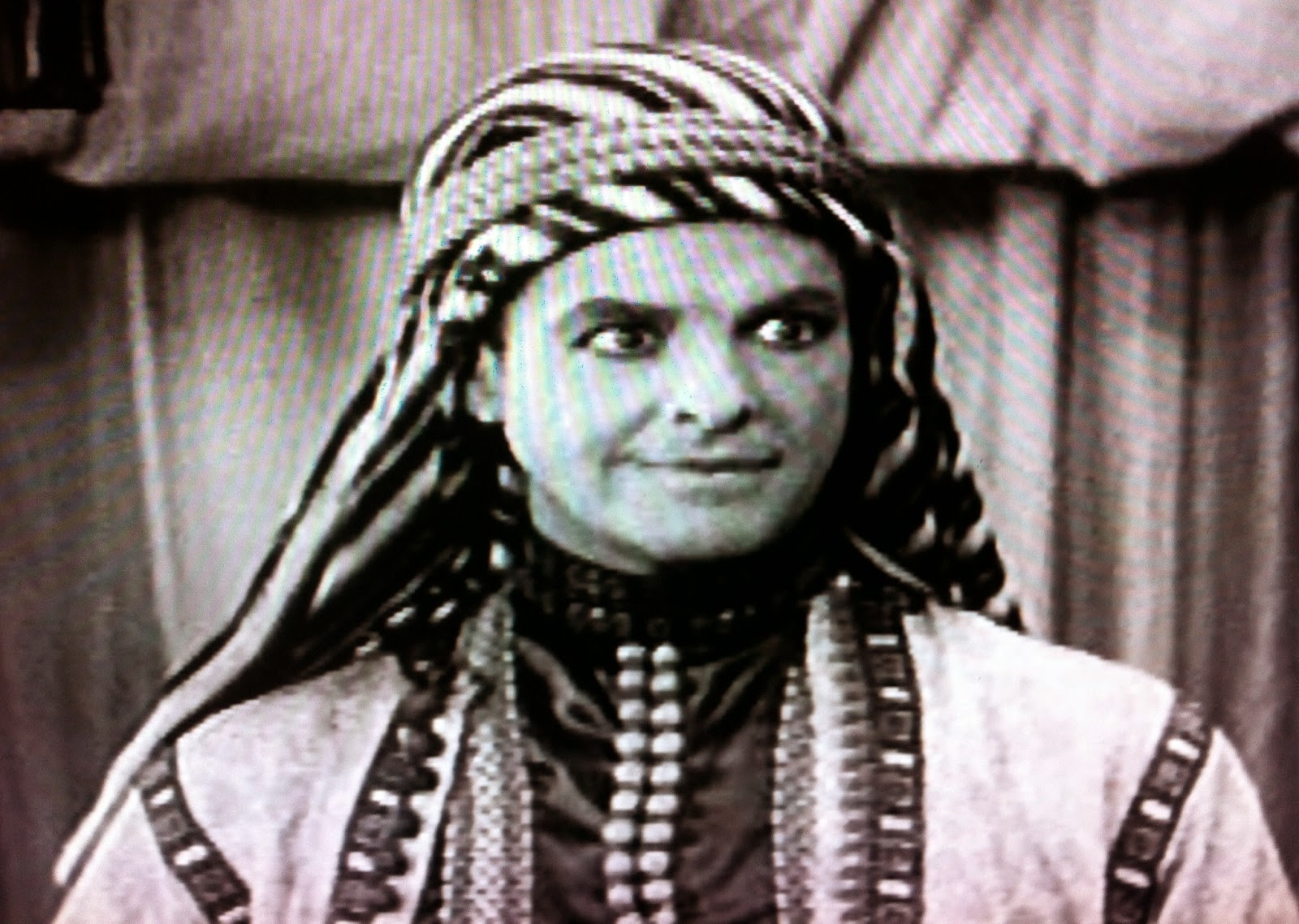 In Schultzy's hilarious fantasy, the playboy photographer is Valentino and four luscious models are powerless to compete for his affections against her feminine charms.  Going all out with the homage to the icon on the Roaring Twenties, the entire vignette is a silent film, complete with florid gestures and overly corny title cards.  All of the show's four principals excel at the silly pantomime and Amateau keeps this reverie at just the right length. 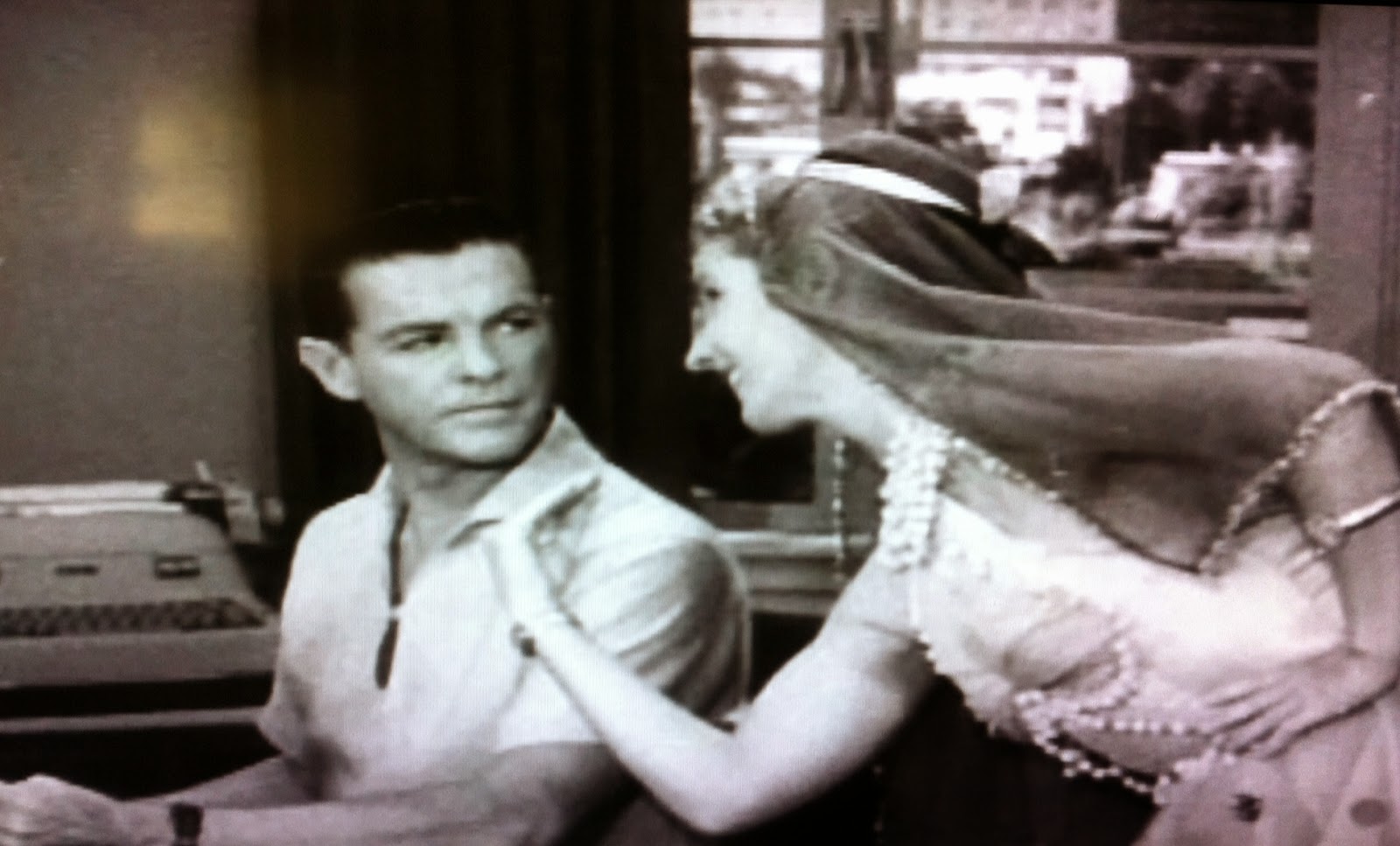 This centerpiece is set off by Margaret and Schultzy seeing a resemblance between Bob and Valentino(!) and this installment brings plenty of other howlers for the viewer appreciating LOVE THAT BOB on the camp level.  All four professional models literally swoon over their photographer, longing for him to move in front of the camera and take the Sheik role in the shoot(!!).  As always, Joi Lansing's Shirley looked more than ready to try and take bachelor Bob off the market, though she also appeared receptive to the idea of getting to know Pamela's pen pal a little better, too. 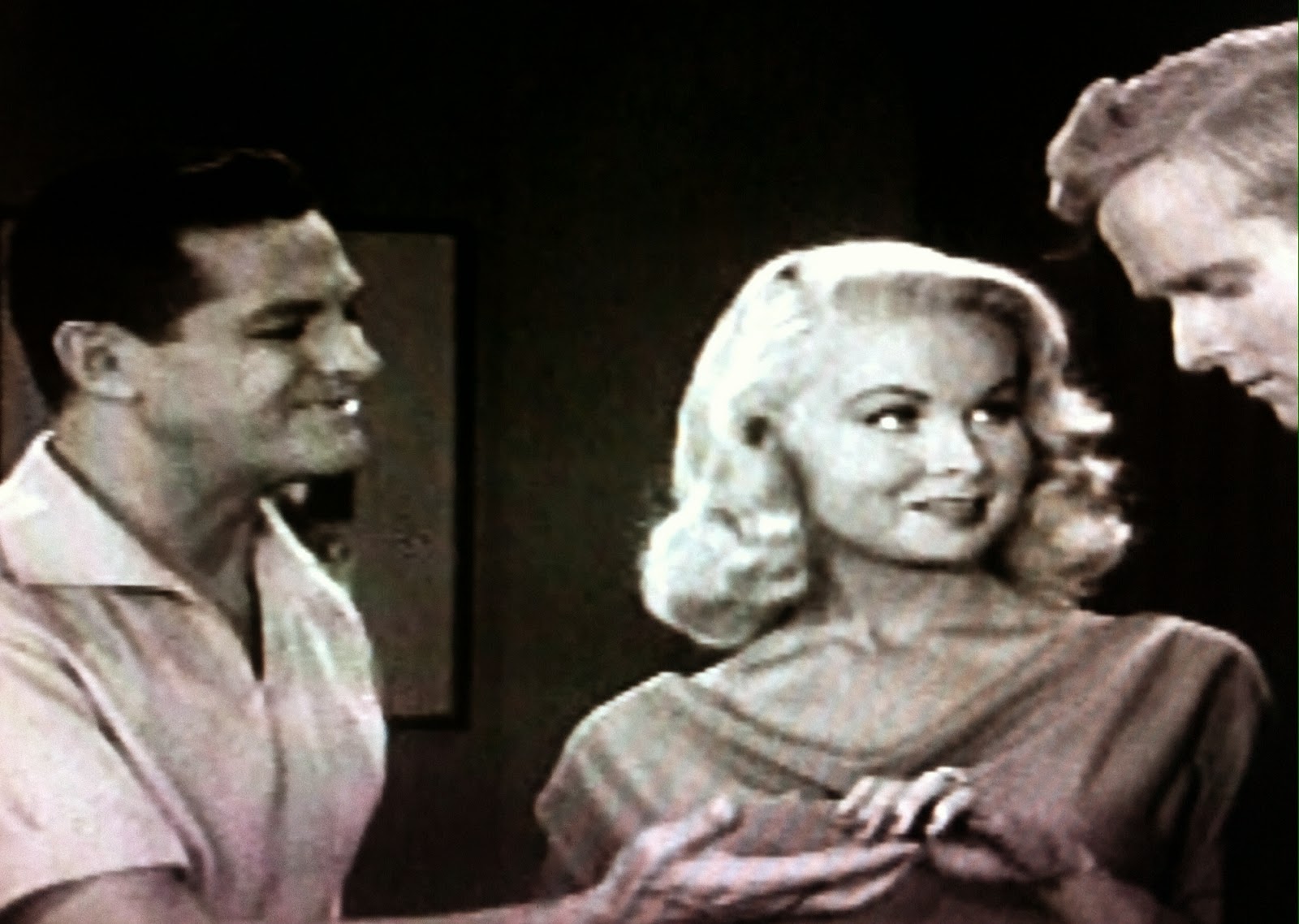 While the primary focus of The Sheik was on the ladies known for their inner beauty, this installment also features a quartet of models, and all four spend a considerable amount of screen time in palace costumes.  Shirley appears to have competition for Bob's wandering eye from Sylvia Lewis, making the first of her three appearances on the show.  This was the only screen credit I could find for Kahn, but Margie Tenney made several brief appearances on the show through 1957.  A young Robert Easton appeared at the start of his fifty year acting career as Pamela's intended; he would go on to a recurring role on the BURNS AND ALLEN SHOW.  The Sheik was directed by Rod Amateau (SENIORS), the primary (and Emmy nominated, in 1956) director during the first two seasons of LOVE THAT BOB. 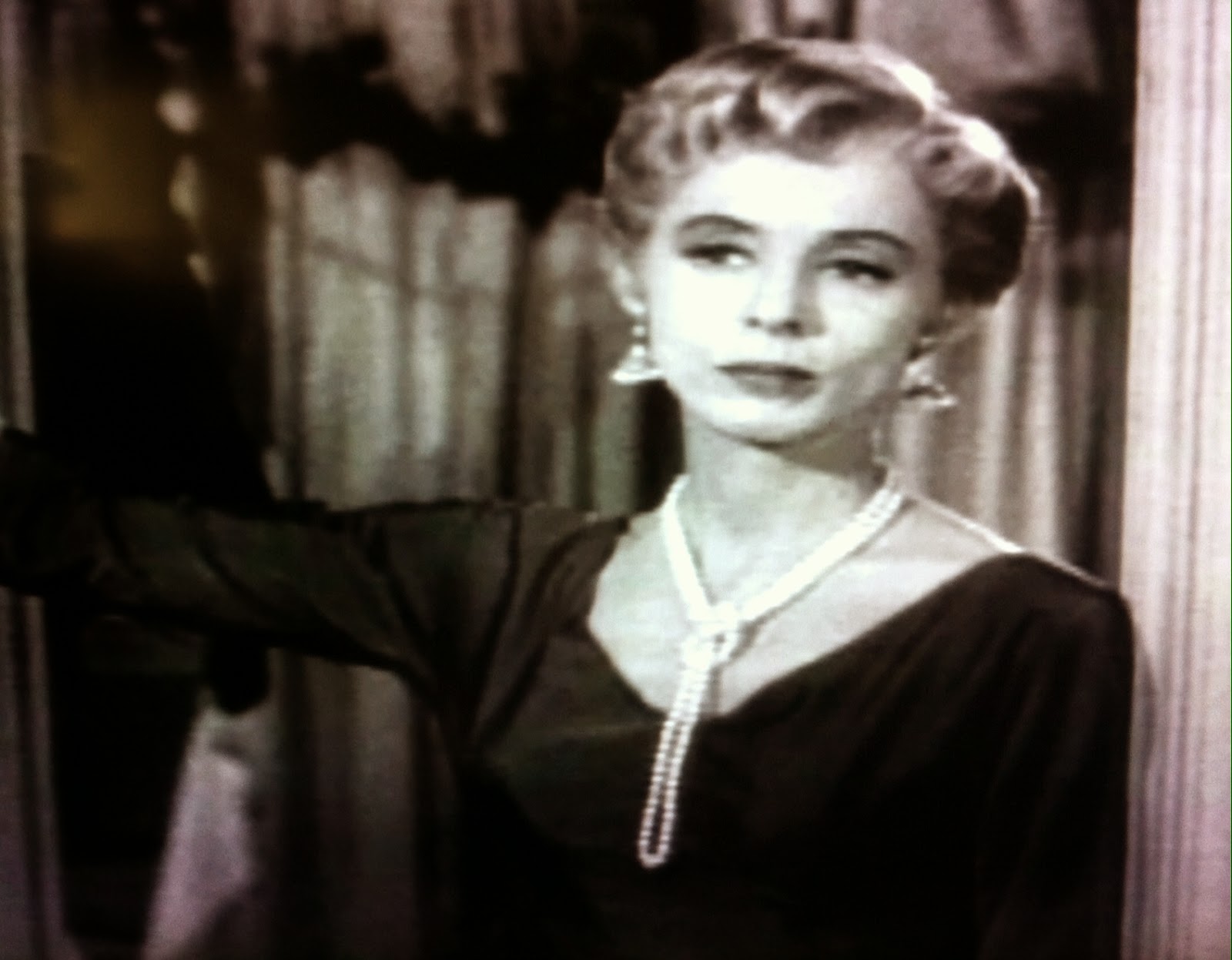 An atypical installment, with more visual wit than verbal for once in a script written by Henning, Gordon and Cowley.  It still has a conventional outcome for the series, as Bob Collins performs his task a little too well.  The Sheik pays off most memorably in its second half by parodying the iconic silent film that shares its name, and is essential for fans of Kulp and Davis.  Particularly the latter--in a show that was chock full of opportunities for Davis to show her comedic chops, this episode is a great demonstration of why she went home with all that hardware.   (*** out of four)


DID BOB SCORE?  No, he was too busy matchmaking---but he did appear to get Sylvia's number as she was leaving.

Any advice on the best available DVDs of LOVE THAT BOB?

Any advice on the best available DVDs of LOVE THAT BOB?

Hi Max! Thanks for reading.

With Laurel and McCadden Productions being long defunct, we may never get a proper DVD release, since many later episodes are public domain. All we seem to get are samplers.

The quality, therefore, is uneven, but probably the best overall with more than 2-3 episodes is the Platinum 16 episode sampler:

Max: A followup to my earlier comment, I can recommend www.shokus.com for volumes of LOVE THAT BOB episodes. Picture quality is pretty solid on the two volumes I've seen.