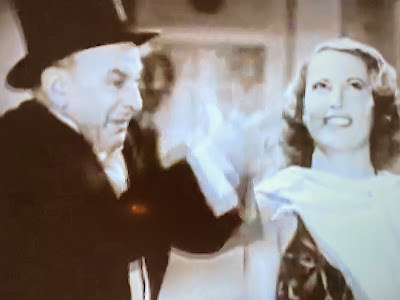 Introduction and overview to our Leon Errol Salute Series is at this link.

This time it's Professor Leon Errol, thank you.  He's an authority on charm, and apparently the secret is to get yourself inebriated since Leon has already had a few too many when he arrives at the Oceanview Hotel.  The entrance of Mr. Errol follows that of newlyweds Mr. and Mrs. Stevens, there for a honeymoon destined to be interrupted by the groom's duties as junior partner in his law firm back in New York. 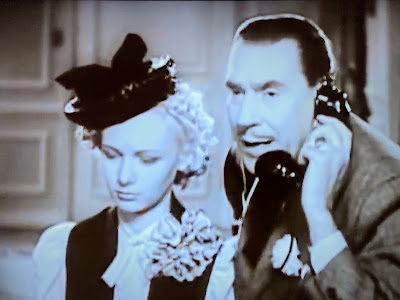 Stevens is predictably called away by his boss, and loopy Leon staggers into their adjacent room while the young bride is asleep.  In his decidedly un-professorly state, Errol ends up startling the waking bride, who faints away and leaves Leon with the sobering thought that he must have married her bigamously.  Meanwhile, Mrs. Errol is concerned about her inability to reach her husband, so naturally she's on her way to the hotel.

(sotto) "He must have been drunk." 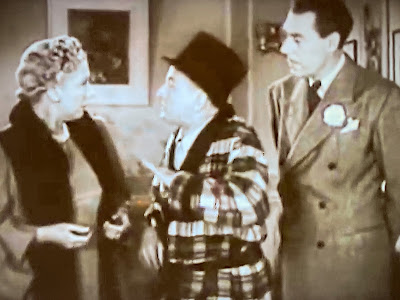 Typical furiously paced Errol farce has the sixty-ish star doing his own pratfalls, ambulating shakily and carrying an oft-unconscious Lake around like a rag doll (at one point, almost on her Shirley Temple hairdo into the linen room) like a comedian twenty years younger--or at least, thirty pounds burlier.  I'm consistently astonished how sprightly Errol is in these RKO shorts--by 1939 the man was well into his fifth decade of show business!  The venerable comic doesn't go so far as to perform the antics on the fire escape and ledge himself: you never see his face outside.  I can't fault him for deferring when he's twice the age Harold Lloyd was filming SAFETY LAST. 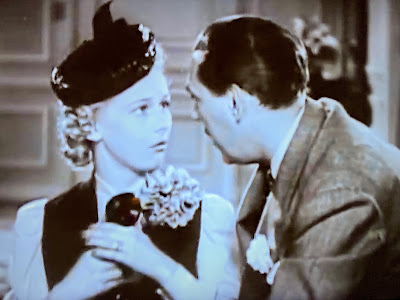 Credited here as Connie Keane, Veronica Lake is as wobbly-kneed as our star, falling off her unsteady feet at A) a stranger in her room; B) a perceived attempt by him to poison her; and C) the mere sight of him (Errol) in the hallway.  While Mrs. Stevens comes across as thanklessly flighty with little else to do, one can't help but think poorly of Mr. Stevens judgment.  I mean, dude: you just married Veronica Freaking Lake (granted, the peek-a-boo was still a couple of years away) and you're spending your wedding night seeing clients?  As the new hubby, forty-three year old Eddie Dunn looks a decade older than that while bride Lake was still two months away from her seventeenth birthday. 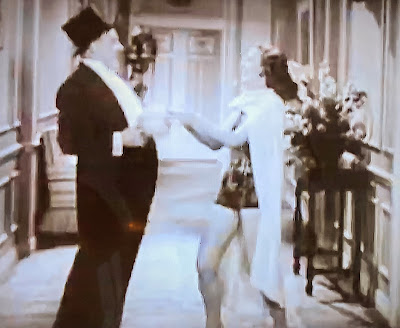 Professor Errol spends the entire short in the same outfit from THE JITTERS (sans broken cigarette) and pretty much carries the first reel single-handedly: wobbling through the lobby, hallway and titular hotel room while trying to remember the night before.  Naturally he's given the wrong idea by wedding souvenirs, and ends up hiring the wrong attorney.  In the end, he has a choice to jump or face the music with Mrs. Errol.  Another wrong choice for the charming prof?  Director Brock fades out before we find out. 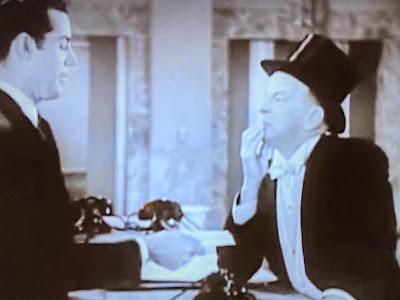 Brock helmed only seven two reelers, working mainly as a producer, but he also directed Errol in MOVING VANITIES and MAJOR DIFFICULTIES and co-wrote 1943's CUTIE ON DUTY.  He shows a talent to rival Leslie Goodwins' at directing the comic, capturing Leon's tipsy tics in all their glory and generally giving the star free reign.  Maybe too much at times, since the ongoing monologue gets a tad tedious after six minutes.  Still, the screenplay by Brock and co-writer Stanley Rauh (LOVE ON TAP) is mostly a great fit for Errol, who gives a class in Inebriation 101 that even Foster Brooks could have learned from. 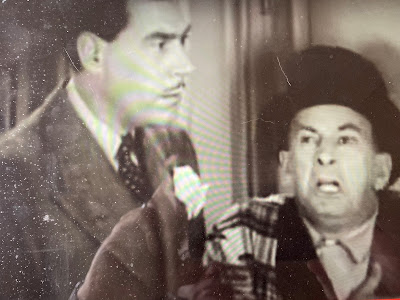 In her only outing as Leon's wife, Charlotte Treadway isn't the ideal Mrs. Errol.  For example, can you imagine Dunn delivering that insult above to Dorothy Granger or Vivian Tobin?  The groom would have had something broken over his head for sure!  As it turned out, this was Treadway's only two reeler.  She's adequate, but near the bottom of the list for Leon's screen wives.  Her husband's transgressions are limited to the bottle this time, though Mr. Errol practices his chivalry on an uncredited lovely in the hallway.  Hey, he is supposed to be the World's Foremost Charmer! 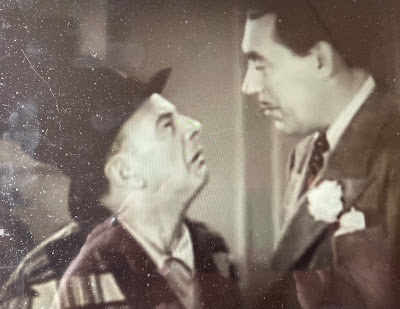 Modern audiences will likely find THE WRONG ROOM most noteworthy for the always photogenic Lake's first credited role (not her screen debut--SORORITY HOUSE arrived four months earlier).  She's given little to do here but pout and lose consciousness, but she was headed for major stardom by the time was she out of her teens.  Treadway, Dunn and Laing pretty much stay the hell out of Leon's way, but THE WRONG ROOM works perfectly fine with the star doing the heavy lifting.  Hell, wasn't that the case for most of his shorts?  Not all that imaginative, but furious, funny and tailor made for old Rubberlegs.   (*** out of four)

THE WRONG ROOM is available for viewing on YouTube: