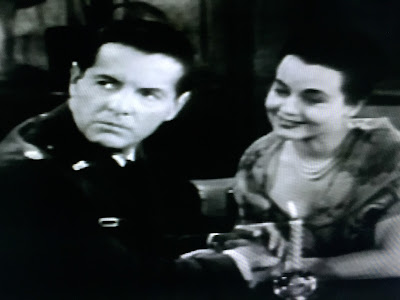 
Series overview of LOVE THAT BOB a.k.a. THE BOB CUMMINGS SHOW at this link.


With Chuck dressing up in Bob's smoking jacket and using his uncle's corny lines to give Carol the brushoff, Margaret is again concerned about her playboy brother's influence on her teenaged son.  Margaret learns about Bob's time-tested dismissals from his old Air Force buddy Helm, who participated in the "foolproof" routine when both were stationed near San Antono.  Colonel Collins handed out 'friendship' rings with the promise to turn them into 'engagement' rings once the 'test of time' was proven in the future. 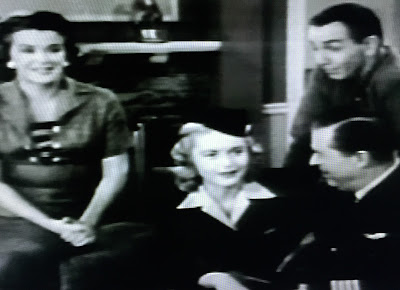 As usual, Uncle Bob is unrepentant about passing his wisdom on to his nephew, so Margaret decides to turn the tables on the Casanova who "treats women like paper plates".  Assisted by Bob's fellow USAF veteran Paul Fonda, Margaret recruits stewardess and aspiring actress Plummer to pose as one of those long-forgotten fiancées from the Lone Star state.   The playboy photographer is mighty intrigued by the beautiful blonde guest in his home--that is, until he gets a gander at that very familiar pinky ring she's wearing. 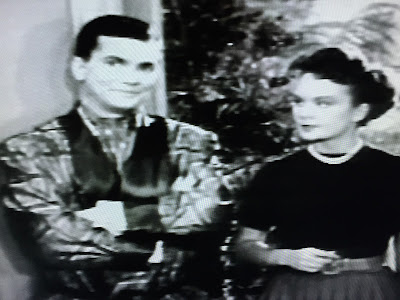 The finale of the show's fourth (and best) season, Bob's Forgotten Fiancee has a very familiar setup: Margaret's concern about Bob's Je Ne Sais Quoi rubbing off on Chuck.  In Bob Gets Out-Uncled, the photographer was exposed as a windbag on the athletic field; in Bob Plays Margaret's Game, the playboy suffers a tag-team cockblocking as his payback.  Despite trekking over well-trod LOVE THAT BOB territory, the team of Henning, Gordon and Wesson (responsible for all 36 of the season's scripts) still manages to find a few fresh wrinkles for the premise. 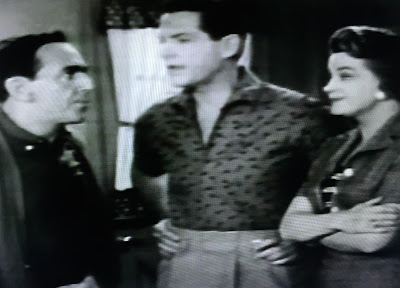 Usual blocker Schultzy is M.I.A., partly because the episode takes place on Saturday (and thus, like Bob Plays Margaret's Game, the action never visits the studio) and partly because for once there's nothing to foil: Bob's only date is golf with Harvey Helm and his interest in Miss Plummer dissipates in seconds.  No, the only comeuppance Margaret seeks this time is to scare some of the savoir faire out of her bachelor brother by making him think the past has come back to haunt him. 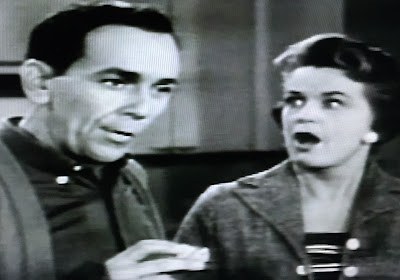 If Cummings' direction isn't as inventive here as it was in other segments, the star still keeps the smiles coming consistently, punctuated by a belly laugh or two.  Just about every flashback or dream sequence was a winner on LOVE THAT BOB, and predictably, this installment's San Antonio reminiscence from Helm provides the biggest laugh out loud moments, as we witness the silver tongued Major (now Colonel) Collins' routine in all its glory, complete with Helm's well-timed musical accompaniment. 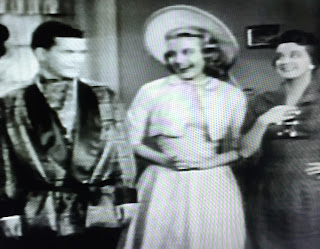 There's also plenty of chuckles to be had as Chuck tries to emulate Uncle Bob, eagerly trying out the leisure wardrobe as well as all of those time-tested lines.  But the nephew lacks Mr. Collins' slipperiness, and Carol Henning isn't impressed by the secondhand deliveries--perhaps best demonstrated by the outcome of that dispute over Chuck's Fats Domino record. 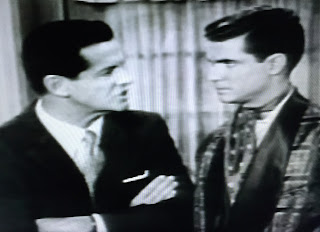 That the younger generation finds Bob's lines highly resistible hints at the coming youth revolution, but the swanky Playboy was still in the lead in 1958.  And the ever-subversive LOVE THAT BOB continues to undermine any perceived agreement with Margaret about Bob's bachelor life, as our only married man Harvey Helm is as henpecked as they come.  Given Harv as our example of a "happily married man" ("I wish Bob had gotten married instead of me", Helm admits), it's no wonder why Chuck continues to emulate his Uncle despite all of his mother's efforts.  While Bob's romantic prowess isn't demonstrated first-hand for Chuck, other benefits to his unencumbered lifestyle are front and center.  For example, Colonel Collins can fly off to Mexico City at the drop of a hat if he wants.  Imagine Ruth Helm's reaction if "Harv" tried that!

Bob's 'real' forgotten San Antonio fiancee is played by Laurie Anders (Bob and Automation), in her final acting role.  Best known as a singer-comedienne on THE KEN MURRAY SHOW, Wyoming native Anders parlayed her catchphrase from it into a hit 1951 single, "I Like the Wide Open Spaces".  After one last TV appearance (Ken Murray's 1960 episode of THIS IS YOUR LIFE), Anders retired for good.

Anders was at the end of her show business career, but Constance Towers (billed here as Connie) was only beginning hers.   Known to film fans for her iconic role as the bald prostitute in THE NAKED KISS (1964), Towers starred in ANYA and THE KING AND I (opposite Yul Brynner) on Broadway.  Towers is still active today in her early eighties, playing Helena Cassadine on GENERAL HOSPITAL. 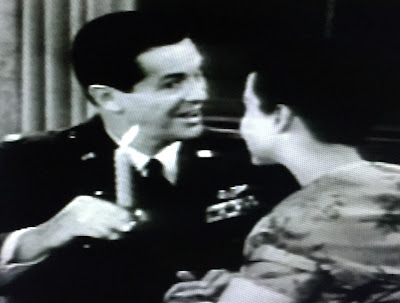 Atypically, nothing to block this time.

The scene-stealing Ann B. Davis is AWOL but isn't really missed, so Henning and company obviously did something right this time.  It isn't quite the best of the installments focusing on "Bob's Bad Influence",  but presents the familiar tale with just enough freshness.  Fewer sidesplitting moments than usual for the setup, but like Bob Collins himself, Bob's Forgotten Fiancee manages to slip through and score often than not.  (*** out of four)

Great piece. I really need to get to know this show a lot better.