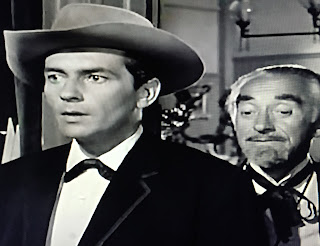 
Recognizing Bart from a prior game in Denver, coxcomb Roger Cushman proposes a deal that sounds too good to be true: he'll back Maverick in a high-stakes game with rich men whose bank accounts far outstrip their poker skills.  Smarting from a $30,000 loss at the same table, Cushman only wants 25 percent of Maverick's winnings in exchange.  Bart warns that a loss is always possible, but reassuring young Cushman offers to back any losses 100 percent.  After agreeing to terms, "Colonel" Maverick from east Texas is seated at the table with Cushman's uncle George and three more high rollers. 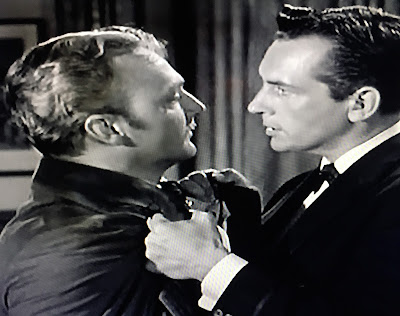 Unfortunately, a bad beat against Paul Sutton's kings full of fives proves the prescience of Bart's warning to the tune of a $25,000 loss.  Roger quickly disavows any "deal", indignantly declaring to Uncle George that the imposter Colonel tricked him.  With no witnesses to concur with him and four wealthy, influential men vowing to prosecute, Bart finds himself paying off his debt as a butler at the Sutton home.  It looks like Maverick's poker career will be on hold for five to ten years, until he learns that a shortage of domestic staffing at the household is due to financial troubles Sutton has been keeping secret.  After Sutton fails to secure further financing for the railroad investment that has been draining his resources, Maverick learns of one highly confidential asset held by the troubled tycoon that could solve both of their problems. 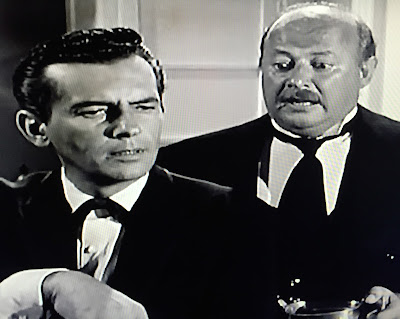 Scripted by Peter Germano and directed by Michael O'Herlilihy (Poker Face), The Art Lovers continues the effort to reclaim MAVERICK's glory days during its abbreviated final season.  New producer William L. Stuart attempted to re-establish a cast of recurring rogues in the season opening Dade City Dodge by introducing an ersatz Dandy Jim Buckley (Mike Road's "Pearly Gates") as a frequent foil to go with Doc Holliday (Peter Breck) and the re-cast Modesty Blaine (Kathleen Crowley replacing Mona Freeman).  This followup installment harkens back to Shady Deal at Sunny Acres with its setup: Maverick trusts a wealthy, well-connected individual who turns out to be dishonorable, with the result that no one believes his story that he was cheated out of five figures by his well-to-do adversary. 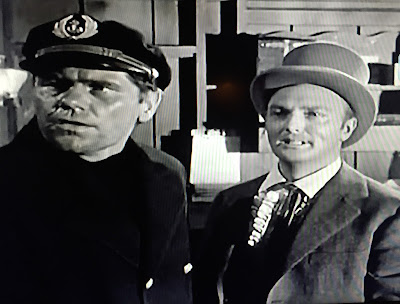 In fact, Bart's task is even more daunting than brother Bret's was in the classic second season entry.  Bret was only facing the loss of $15,000 profit; here, Bart is facing ten years' identured servitude (stables included, thanks to cutbacks Sutton's been forced into) to repay an unpayable debt.  Bret squared off against one well-connected banker; Bart has five influential millionaires on the other side.  Bret had the help of brother Bart and some of the west's best con men; by this time, brother Bret is long gone from the series, and even frequent friend Doc Holliday isn't in San Francisco for The Art Lovers. 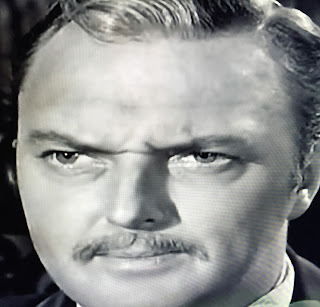 The confidential admission regarding a valuable (but illegally owned) treasure at the halfway point is only the first of multiple twists and turns in Germano's clever script.  It's the opening Bart needs to turn the tables on his supercilious adversary, played by a perfectly cast Jack Cassidy.  Oily sore loser Roger gets less patronizing and more desperate as the cracks begin to show.  When he goes back to the well for a second attempt at shanghaiing Bart, Roger isn't surrounded by family and support, and that makes all the difference.  It's easy to see from this excellent early performance why Cassidy was one of the best COLUMBO villains (and also the actor that Ted Baxter was written for). 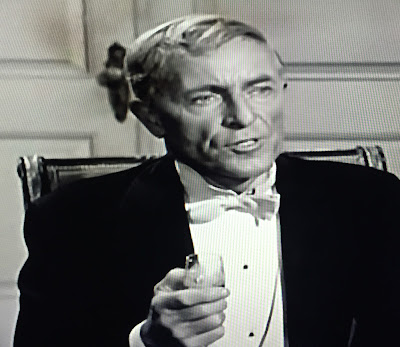 Thin-lipped, steely eyed and prematurely grey John Hoyt is also an ideal choice to play Roger's uncle; he's just as ruthless as the younger Cushman, but much more accomplished at it.  For example, he shushes Roger's suggestion to have Bart killed--not because he's morally opposed, but because he feels his foppish nephew "will only muck it up" and take them both to the gallows.   The less pretentious Sutton (James Westerfield of The Ghost Soldiers) is easier to sympathize with, since he lets his guard down.  The only baron realizing that he and his fellow patrons have more in common with Maverick (who is into "engravings") than with the truly enlightened (none of them appreciate the live opera hosted by Mrs. Sutton, for example), Sutton admits it outright: "We wouldn't know real culture if we fell over it."  Men focused on acquisition over artistry are ripe targets for a dealer like Cosmo Nardi (aka "Duke Delaney" to Bart). 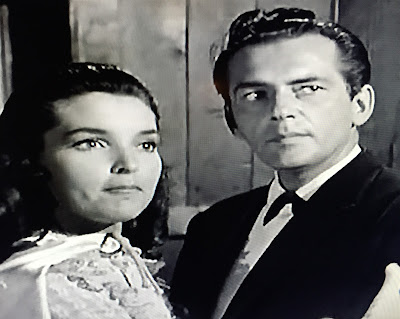 The Art Lovers is well paced.  The humor of work-shy Bart becoming an inept butler is exploited just long enough, getting the laughs out of the incongruity and then getting our hero back to what he does best (using his wits) before becoming tedious.  Once Bart recognizes Cosmo Nardi as a con-man from Louisiana (who's staying one step ahead of the law) he has a full foot in the door to regain his freedom (and his bankroll)--everyone involved, especially "Cosmo", needs Maverick's confidence.  It comes in especially handy once Bart finds himself face to face with Captain Bly.

Germano's second (and last) installment is a notable improvement over his first (The Ice Man) but isn't without imperfections: Cosmo's convenient appearance at the dock is contrived, since Bly doesn't seem the type for him to be doing much business with.  There's also the realization that the return of the rare original painting to Louvre Palace would seem to leave Cosmo in danger of that California jail sentence that Bart escaped.  Nardi's fate is unknown (this was Leon Belasco's only appearance)--but hey, he had landed on his feet with a new name before.  These quibbles notwithstanding, The Art Lovers is still a very welcome return to form. The aging series needed one badly after a frequently frustrating 1960-61 season marred by too many hackneyed plots that could have been written for any western.

As noted above, he got his ass kicked at the tables, but did much better away from the them this time out, wiping out his debt (and then some) by episode's end.

The fifth season's biggest flaw?   Pappyisms that lacked freshness and humor, even.  Witness this one: "Travel broadens the imagination."  A better one is paraphrased earlier: "There are much worse things than being broke.  He just didn't know of any." 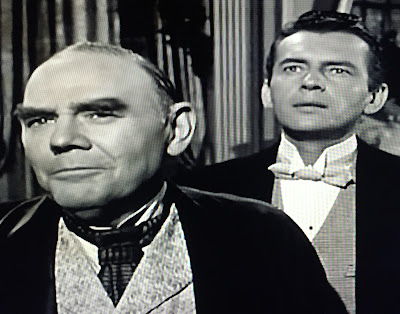 O'Herlihy debuts impressively, actually making the lack of exteriors a plus.  Germano produces a twisting script that can stand with most the best of the first three seasons.  I doubt if Garner would have passed on this one if it had been written three years earlier.  I daresay it is every bit as satisfying to see haughty Jack Cassidy taken down as it was to see John Dehner's crooked banker get his.  The Art Lovers is one of the best of the final batch of MAVERICK installments, even with its minor flaws.  Underrated.  One of Jack Kelly's funniest episodes.  (***1/2 out of four)