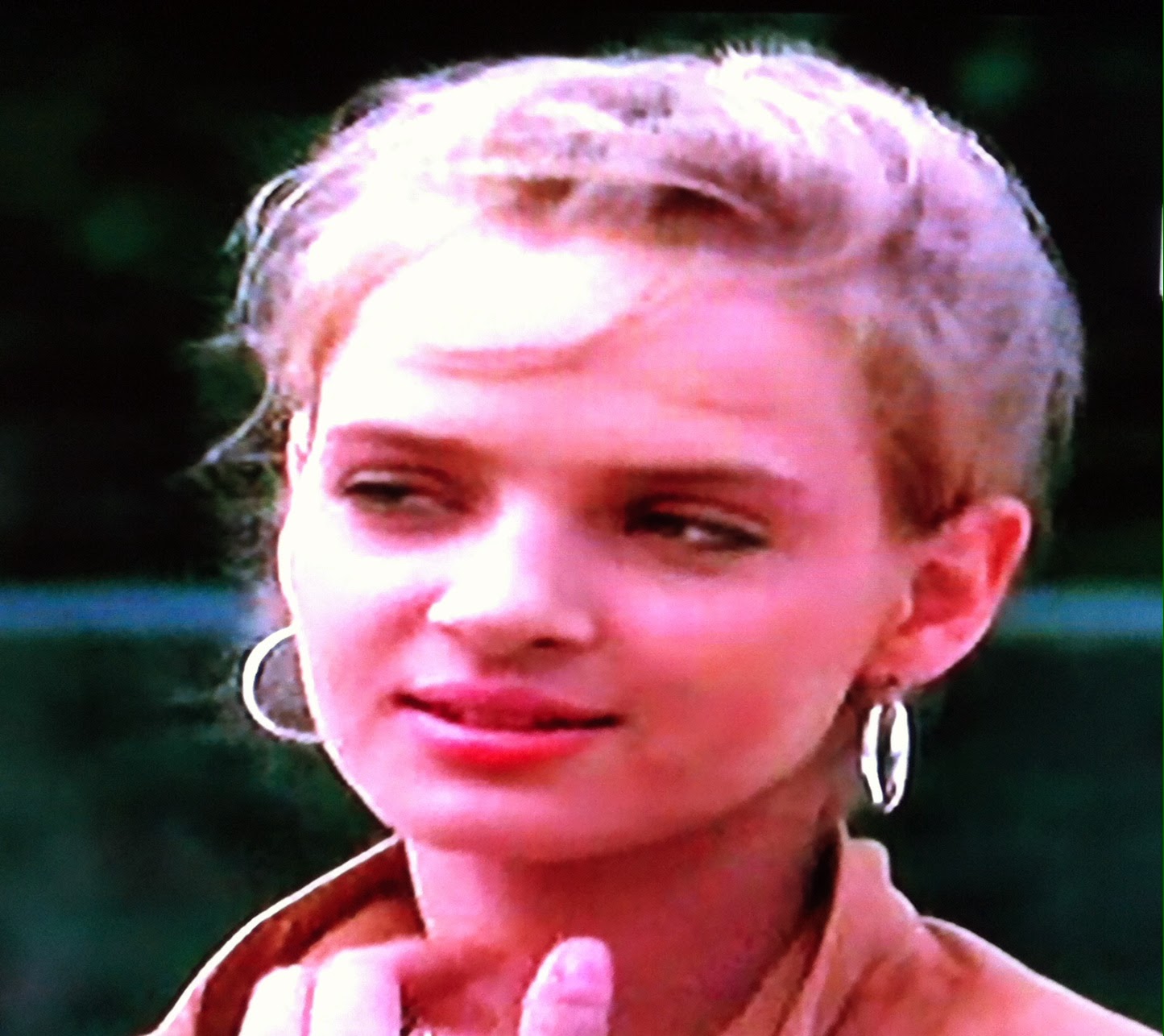 
Hall is a hot-shot high school quarterback fresh off his second state championship in a row, and the major colleges have come a-callin' before he signs his letter of intent.  Best bud Downey Jr. recommends the highest bidder.  Girlfriend Thurman wants him to join her at State, but State coach James isn't offering the perks that boosters Cassel and Greene dangle from larger schools.  The former is willing to offer high school coach Gleason (whom Hall can't stand) the job if Hall comes along for the ride.  All the while, mysterious Downey Sr. observes the entire process and records notes to self. 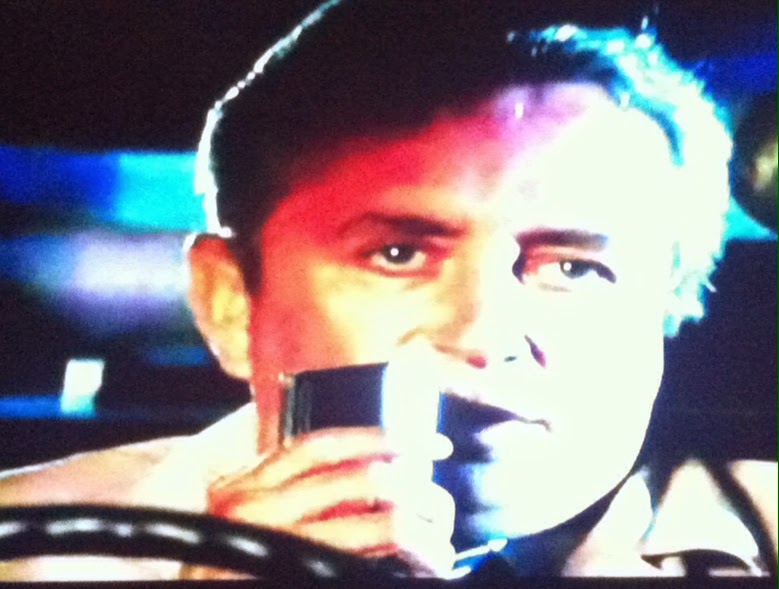 Unsavory recruiting practices for college athletics is a surefire topic for a movie with teen appeal; it's astonishing that only two came down the pike during the decade of the Brat Pack (the other being 1983's ALL THE RIGHT MOVES).  While that Tom Cruise film went the dramatic route (a la BLUE CHIPS, ONE ON ONE), JOHNNY BE GOOD takes the comedic route previously mined by 1979's FAST BREAK.  JOHNNY BE GOOD can't touch the underrated Gabe Kaplan vehicle for laughs, and is far less realistic to boot--no easy feat.

Any hope of genuine audience engagement in the situation is obliterated during the opening scenes depicting the State Championship Game.  Hall is Coach Gleason's ticket to a top college job, yet the coach stupidly risks having his star quarterback returning kickoffs, punting, and facing frustrated pass rushers with a 52-0 lead!  Numerous coaches and recruiters are in the stands, yet Hall blatantly fakes an injury in front of all the folks crucial to his future.  He does it to get backup Downey Jr. into the game, and the opponent--supposedly the second best team in the state--can't even keep this fifth stringer from a touchdown run after he starts by running at least thirty yards the wrong way!  One can only imagine the quality of the teams that didn't get to the final. 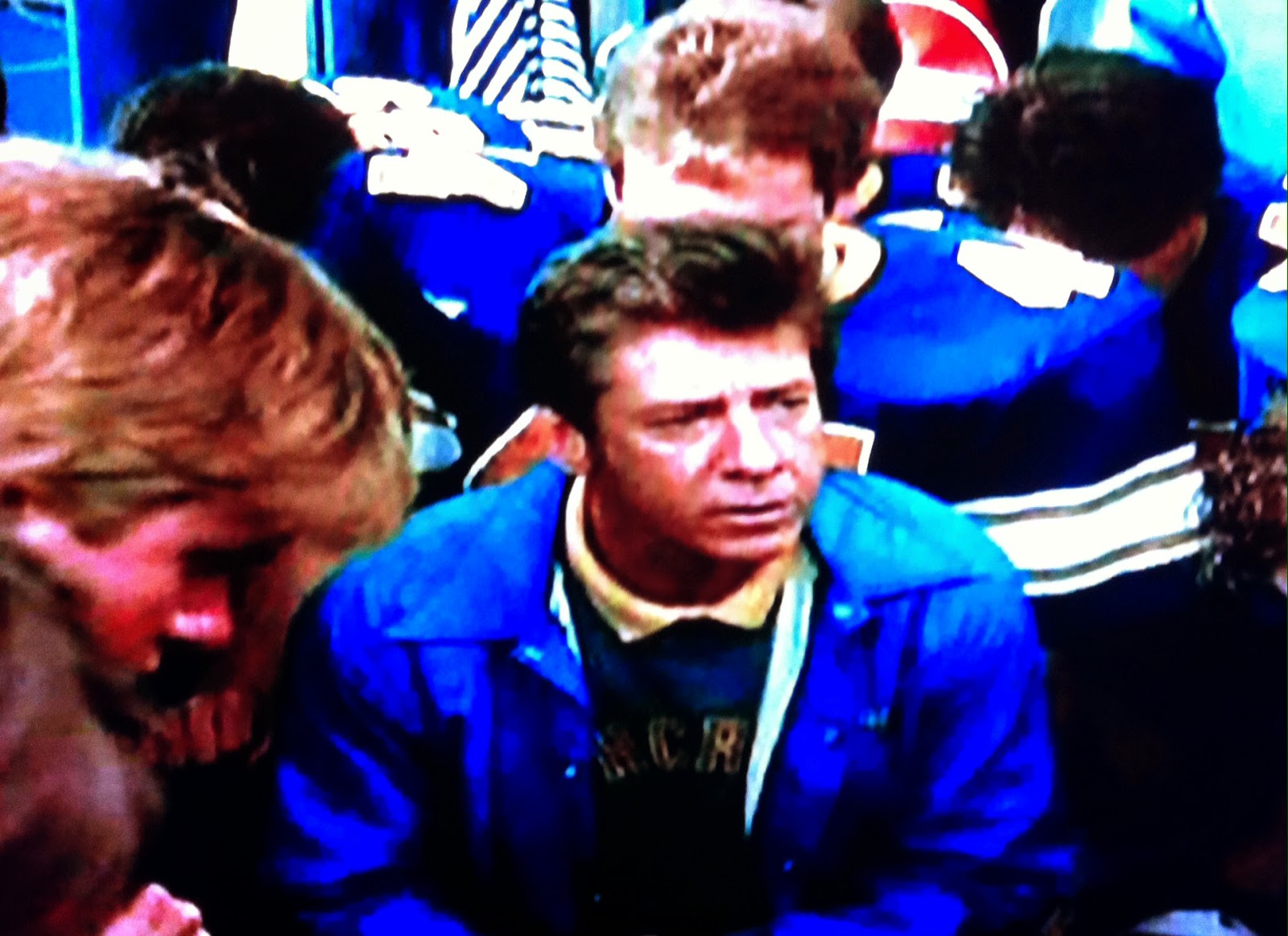 After the game, the absurdity continues, with a post-game call from Howard Cosell (sadly showing symptoms of Parkinson's during his cameo) urging Hall to choose that widely known destination for future pros, Yale University (Why?  Cosell wasn't even an alum!).  Cheerleaders join the football team under the showerheads (both still in uniform, PG-13, folks) and numerous recruiters wearing jackets from the closet of Rudy Russo bombard the nation's hottest prospect with loud offers of money, cars and girls (or if he prefers, boys) en route to his car outside the stadium.  All of this within the first five minutes.

No doubt, Hall wanted to break out of the "nerd" stereotype with this role (and OUT OF BOUNDS) and the 6'2" actor manages to look the part.  His passing looks far better on film than Charlton Heston's or Adam Sandler's.  But he's given no help from the weak script (by REVENGE OF THE NERDS alumni Steve Zacharis and Jeff Buhai) or from the unremarkable direction by first timer Bud S. Smith.  Twice nominated for an Oscar as a film editor (THE EXORCIST, FLASHDANCE), Smith returned to his area of expertise after JOHNNY BE GOOD and has yet to helm another feature.  He never brings the proceedings any closer to planet Earth after that opening sequence, and the tone is all over the place, shifting abruptly from ZAZ gags (such as the "chip tray" at Tex's house) to somber moments (Johnny's conversation with a former hot-shot recruit turned gas station attendant by an injury). 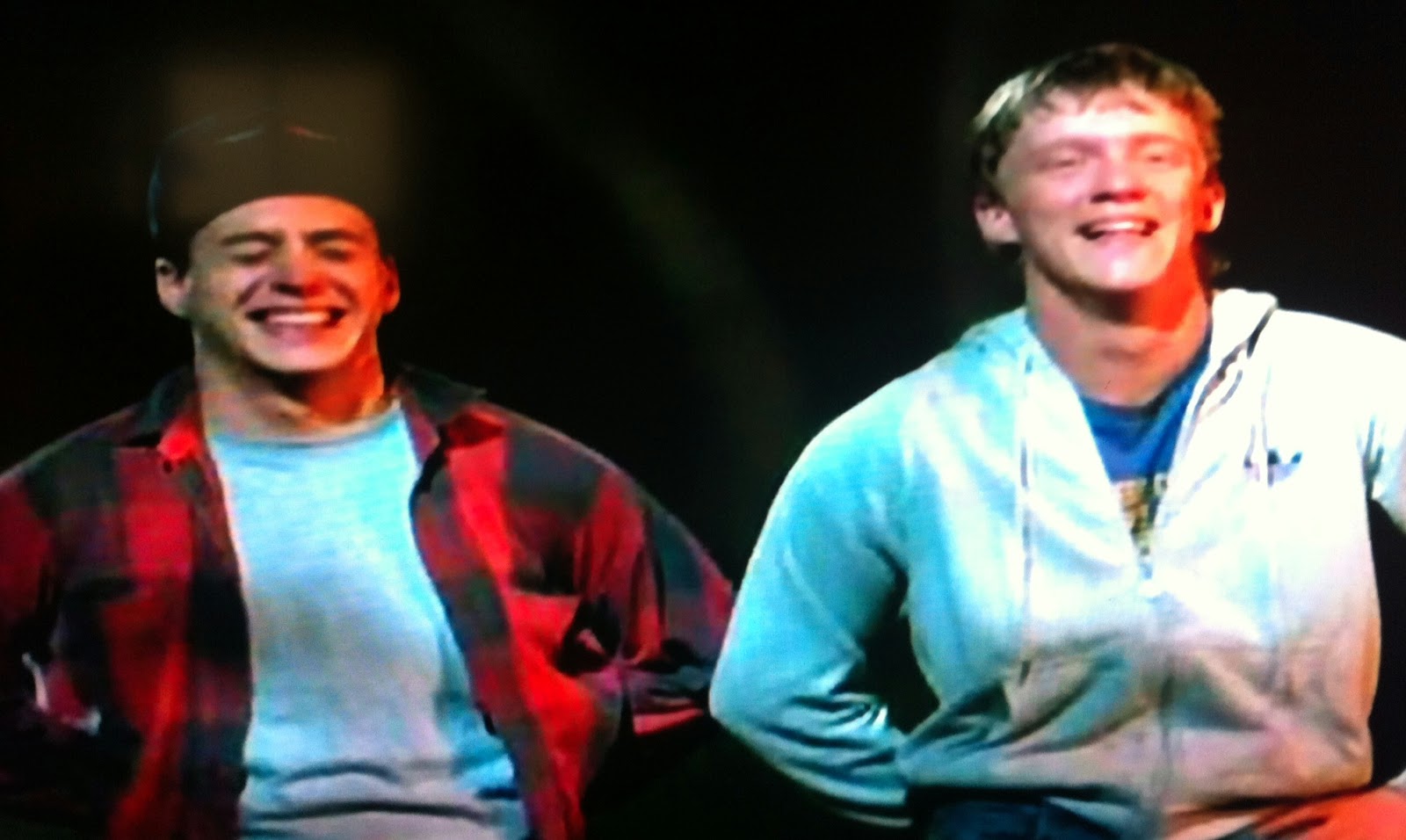 Three of Smith's credits as editor were directed by Robert Downey, Sr., a connection that no doubt helped bring the cult filmmaker to the supporting cast.  In a rare bright moment, their collaboration PUTNEY SWOPE plays at the drive-in, while Downey Sr. comments on the movie being "shit".  Great in-joke for us film buffs, but how many among JOHNNY BE GOOD's target demographic got this joke in 1988?  (There is one other moment of amusement along these lines, but it wouldn't become one for another decade: Downey Sr.'s NCAA investigator is named Lloyd Gondoli, which PUTNEY SWOPE fan Paul Thomas Anderson would use in BOOGIE NIGHTS for Philip Baker Hall's character).

Despite Hall's best efforts, filmgoing football fanatics are unlikely to suspend disbelief through the opening and an equally absurd pickup game between the two high school QB's and cops led by Thurman's father Bell.  The promised raunch on the recruiting trail never really materializes, and the ridiculous finale features a wild fistfight between dozens of recruiters on national television, which undercuts the intended impact of Hall's mature decision. 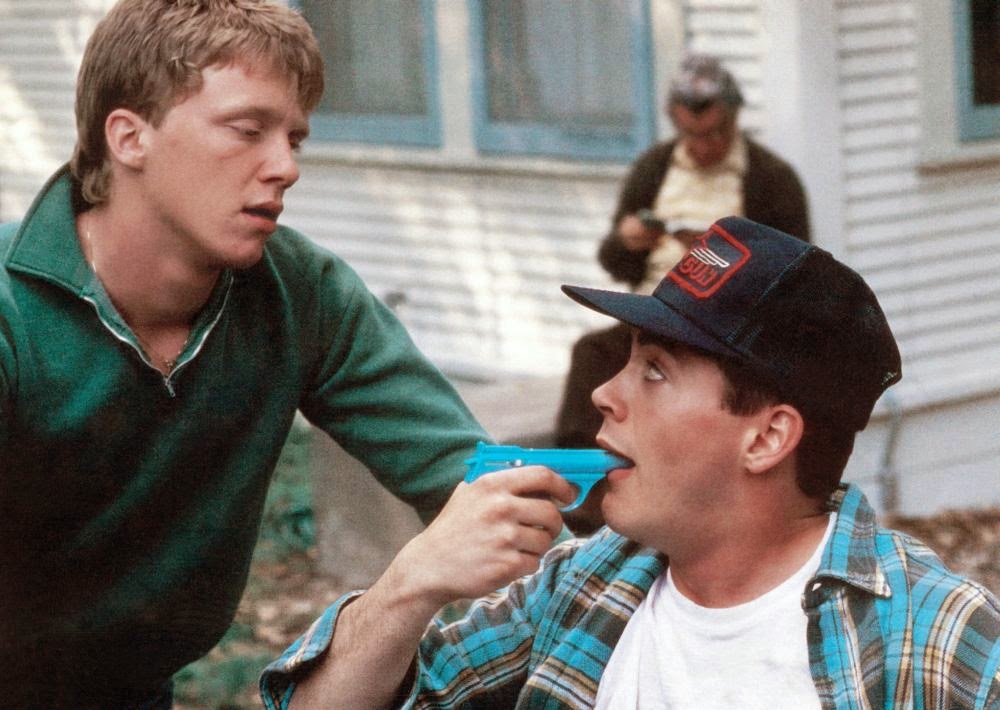 JOHNNY BE GOOD has some appeal to those wanting to check out the future stars in the supporting cast, but even this attraction is limited.  Consistently manic Downey Jr. is essentially playing BACK TO SCHOOL's Derick Lutz again, only after ten energy drinks: a Razzie nomination would not have been out of place.  To be fair, Downey Jr. appears to be improvising a lot, which is understandable given the script's quality.  Uma Thurman makes a charming debut, but is given little to do other in her predictable character arc (she loves Johnny, then thinks he's a jerk, finally forgives him after he comes to his senses).   As for the adults, Seymour Cassel and Paul Gleason supply the assholishness and its nice to see the late Steve James playing against type in a key role. 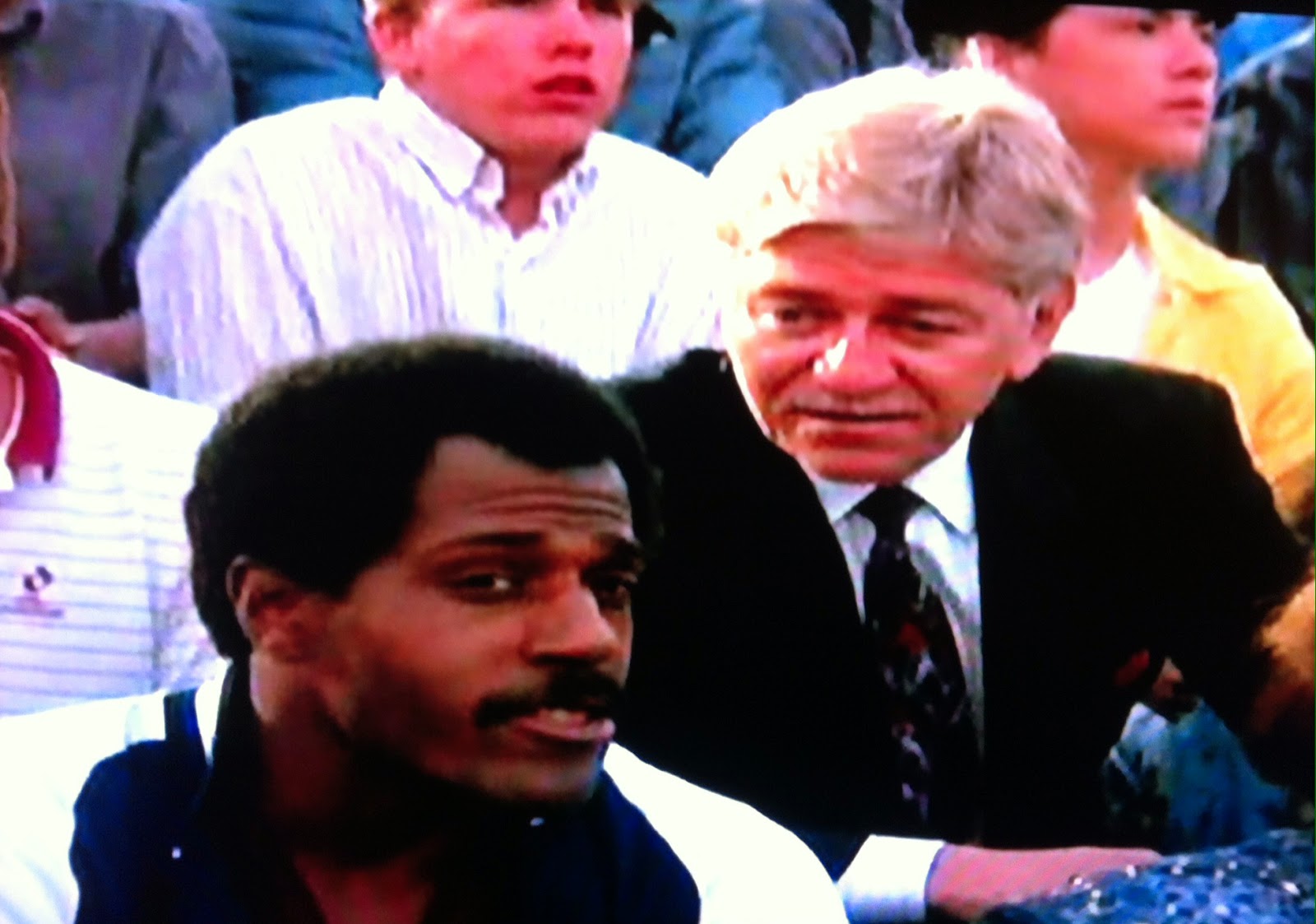 Among genre camp classics from its era, JOHNNY BE GOOD is more rewatchable than COOL AS ICE, but never funny enough to touch the level of insanity reached by LISTEN TO ME.  Hall, who turned down FULL METAL JACKET and FERRIS BUELLER'S DAY OFF prior to accepting this misfire, ended up back in supporting roles after its box office disappointment.  His performance can't really be faulted--just his taste in screenplays.

Yes, both standalone and in combination with other Brat Pack films, but unless you're a completist of one of the actors, don't bother.  Wait for the next showing on Encore Classic.