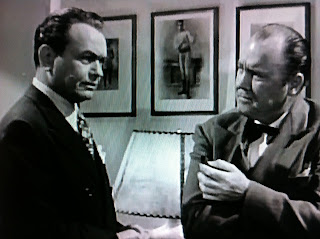 
Having successfully started a tabloid for soldiers during his World War One service, Robinson returns to civilian life in 1919 with the intent of running a similar paper in his New York City home.  Desperate for the financing, he gambles and wins.  Well, sort of.  Eddie G. ends up with mob boss Arnold as his silent partner in the New York Mercury, "reporting the news before it happens". 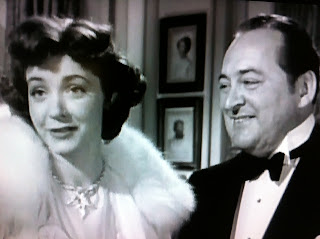 Robinson goes for shock value in content but warily agrees to lay off Arnold's shady dealings.  Despite the uneasy alliance, Robinson turns the Mercury into a daily must for New Yorkers after poaching Day and right hand man Orr from his former paper.  But the crimes by Arnold and his minions are more extensive than Robinson realizes, meaning he unknowingly (and occasionally knowingly) steps on the Kingpin's toes.  The partnership gets even shakier when Robinson rebuffs Arnold's buyout offer and Orr becomes the mafia man's romantic rival for aspiring showgirl Hunt. 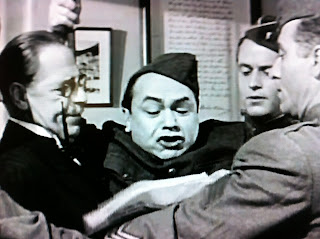 Robinson's character was almost certainly based on New York Daily Mirror editor Philip Payne, who also pursued the sensationalistic in the early to mid-1920's.  UNHOLY PARTNERS reunited Robinson with LITTLE CAESAR director LeRoy, and Eddie G. co-starred with Arnold for the only time.  Despite its pedigree, Robinson biographer Alan Gansberg dismissed it as "a film Robinson liked to forget about", one he only agreed to make out of loyalty to LeRoy.


While it is far from a disaster, UNHOLY PARTNERS lacks the punch it might have had pre-Production Code--LeRoy wasn't hindered by the Hays restrictions when he made CAESAR and I AM A FUGITIVE FROM A CHAIN GANG.  For starters, the Roaring Twenties era is depicted in a far tamer fashion that it would have been a decade earlier.  Outside of the accurate WW1 unis at the outset and one fleeting reference to Prohibition, these "Twenties" look and feel a lot like the early 1940's. 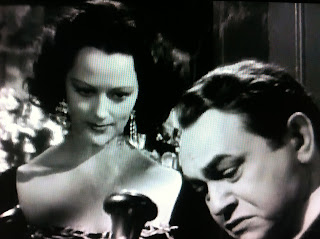 Robinson is faced with one Hobson's Choice after another throughout UNHOLY PARTNERS, but survives nicely while jousting at the twin windmills of bigger newspapers and the Mob.  Arnold clearly underestimates Robinson.  After failing at subtler control efforts, Arnold applies a heavier hand: strong-arming, having a minion physically attack Robinson, and attempting to cheat his partner at gambling (perhaps second guessing the decision not to rig the initial dice game).  Each attempt fails as Robinson stays a step ahead of Arnold at every turn.  As Eddie G. says repeatedly, "it's easy when you know how".  This worldly veteran dodges every potential pitfall (most memorably in an improptu poker game) until the one he doesn't foresee. 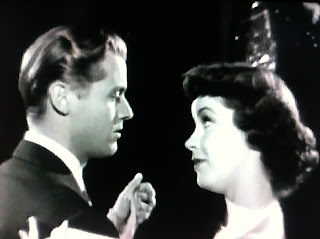 Sniffing out crooked games and thwarting would-be assassins fits the legendary Eddie G. like a velvet glove, but not even he can sell us on the too-sudden conversion to responsible journalism or his declaration that "the era of tabloid journalism is over".  Both were likely mandated by the Code, and the latter statement has been proven laughably wrong for 72 years and counting since UNHOLY PARTNERS was released.

On the hubba hubba front, Day (CALLING DR. KILDARE) slightly outshines Hunt (PRIDE AND PREJUDICE) to these eyes, but your mileage may vary.  And that is indeed future F TROOP producer William T. Orr romancing the latter in what is likely the most substantial of his 22 acting roles.  He moved behind the camera for good two years later at the age of 26. 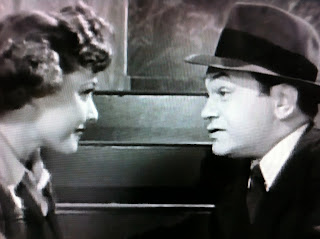 Robinson's resourcefulness has the unintended consequence of making Arnold (and by extension, the Mob) seem less intimidating than he should be.  Still, the subject matter remains compelling until Robinson's almost sitcom-ish "character change as resolution" in the final reel.  As expected, UNHOLY PARTNERS is solidly directed and acted, and consistently entertaining, but it never quite comes close to the actor's earlier collaborations with LeRoy.  Maybe they hadn't changed, but Hollywood had--it's an early Thirties film that just came a decade too late. 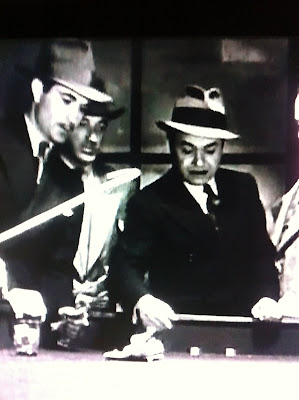 If Robinson had made this at his longtime home studio (WB), there's little doubt the Warner Archive would have put it out by now, but the erstwhile Rico Bandello made UNHOLY PARTNERS on loan to MGM.
Interestingly, MGM almost signed Robinson to an exclusive deal in 1930 before he ended up at Warners, an association lasting 13 years.

The film also has the misfortune of being overshadowed by the other cinematic work inspired by Hearst publications in 1941: CITIZEN KANE.  Engaging while you're watching it, UNHOLY PARTNERS is ultimately unmemorable, so perhaps Robinson got his wish.

This lesser known Robinson-LeRoy collaboration will still be a pleasant discovery for fans of either, and there's ample opportunity to look for familar faces among the uncredited actors: Jay Novello, Ray Teal and Frank Faylen among them.  UNHOLY PARTNERS also offers the chance to see substantial roles for Day and Hunt, two very attractive actresses who never quite reached major stardom.  It airs occasionally on Turner Classic Movies.

You're right, this does sound like a film that could have been something had it been made 10 years earlier (maybe comparable to Robinson's newspaper editor in Five-Star Final).


Terrific quality publish. I adore simply how much inforamtion one can have from your world wide web. And with regards to producing money and running a blog, you have some good content on right here.
Cardsharing Server | Best cardsharing | Dreambox Cardsharing