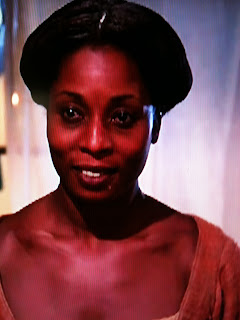 She was a mother of two in her thirties when the acting bug bit and she elected to leave a "calm, marvelous, middle-class existence" (description hers) in her homeland.  A gamble no doubt, but Jamaica's loss became New York's gain.  Hollywood's too, once Sinclair got her big break in her second film, playing a local principal butting heads with Jon Voight's titular CONRACK (1974).

Sinclair was already 36 at the time, and only 57 when she passed away far too young in 1995.  That left but two decades for the distinguished actress to grace our screens, but she still left quite an impression.  Everyone knows that she was terrific as Belle in ROOTS, and that she was perfectly cast and downright iconic as the Queen of Zamunda in COMING TO AMERICA. 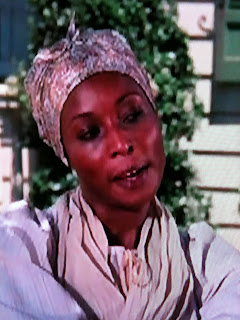 The Horn Section salutes the late, great Madge Sinclair on her 75th by highlighting some of her work that you may not have seen in a very long time, if at all.  Suffice to say that if Madge Sinclair is in it, it is usually worth watching for her alone. 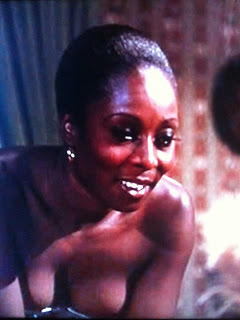 For all of her beauty and talent, Madge Sinclair was rarely offered leading roles.  Partly due to her late start in films, and partly due to the sadly still limited opportunities for African-American actresses in the mid-Seventies.  Her role in LEADBELLY is a minor one, as Roger E. Mosley's Shreveport benefactor, but it is her sexiest role on the big screen.  She's given barely ten minutes onscreen but makes the most of it.  Full Review Here 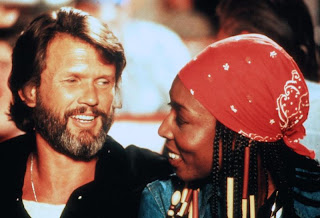 Sam Peckinpah's penultimate film (and biggest box office hit!) was a guilty pleasure and train wreck rolled into one.  Saddled with a PG rating, Sam still snuck in a barroom brawl with ketchup splattering instead of blood.   It may be a slapdash mess, SMOKEY AND THE BANDIT without the comedic highlights.  But it is a must-see for Madge Sinclair fans, who will get to see the usually regal actress let it all hang out here as the corn-rowed, jean-jacketed, foulmouthed trucker.  Madge's Widow Woman even throws her share of punches in the aforementioned barroom brawl and wrecks her truck at an intersection--the accident was unplanned, but written into the script after the fact per producer Michael Deeley.  No matter to Madge, who clearly seems to relish the rare opportunity to get down and dirty for a part; she kicks the (white) truck and bemoans not selecting a black one(!).  CONVOY is more than just an atypical Sinclair role, it's truly a one of a kind for an actress much better known for royalty than earthiness.

CBS' sadly underappreciated THE WHITE SHADOW was ahead of its time, with episodes on segregated country clubs, autism, venereal disease, and the exploitation of high school players by coaches and agents.  Sinclair's lone appearance (during Season 2) on the series was this intense drama dealing with the on-court seizure and death of one of Coach Reeves' players.  Playing the mother who didn't want him playing basketball in the first place, the actress was again Emmy-worthy.  As was often the case with this groundbreaking series, there was no softening of her character and no resolution.  Few things on late Seventies prime time were more devastating that Madge Sinclair's cold, almost monotone grieving: "You killed my son!" 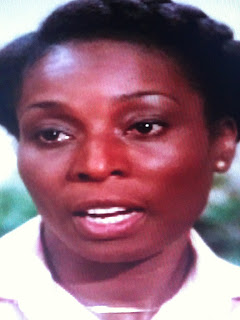 Still not out on legitimate DVD, and possibly a PD title (I keep seeing supercheap, blurry DVD's out), GUYANA TRAGEDY nevertheless was a ratings grabber and Emmy winner in '80.   Four hours simply wasn't long enough for all the bizarre twists and turns in the Jim Jones story, with most characters being composites due to the time constraints.  Sinclair's composite included the passionate speech given by Christine Miller, Jonestown's "Voice of Independence".  This after silently watching Jones (Emmy award winning Powers Boothe) esmasculate her son and take his bride (Irene Cara).  It's a tribute to her abilities that she pulls this scene off beautifully.  GUYANA TRAGEDY also features fine work from several actors who frequently co-starred with Sinclair, including James Earl Jones, Levar Burton and Rosalind Cash.  In fact, GUYANA TRAGEDY was the third time that Sinclair and Burton played mother and son (the others being ONE IN A MILLION: THE RON LeFLORE STORY and ALMOS' A MAN). 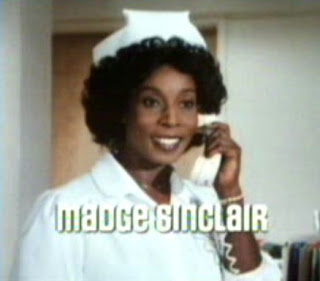 as Nurse Ernestine Shoop.  Yeah, I know, this CBS Sunday Night Nielsen mainstay isn't exactly obscure--it spent the first half of the Eighties in the Nielsen top 20.  Still, despite its popularity, it hasn't been released on DVD as of 2013.  No disrespect to the late Mary McCarty, but Sinclair's addition to the cast in Season 2 was a real coup for the show.  Need proof?  TRAPPER JOHN, M.D. received five Emmy nominations; three went to Madge Sinclair.  "I Do, I Don't" and "Love and Marriage" were two particularly good episodes centering around Nurse Shoop.  Come to think of it, this series needs its own "Why the Hell isn't this on DVD?" post.  Thanks, Madge, for reminding me.

Madge Sinclair was actually diagnosed with leukemia shortly after joining the cast of TRAPPER JOHN, M.D.  She not only outlived her prognosis by several years, she worked for the next thirteen years without interruption, adding a slew of Emmy nominations (winning for GABRIEL'S FIRE in 1991) and well-remembered feature film roles in the aforementioned COMING TO AMERICA and THE LION KING (working with James Earl Jones in both).  Sinclair passed away on December 20, 1995. 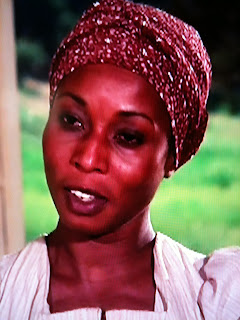