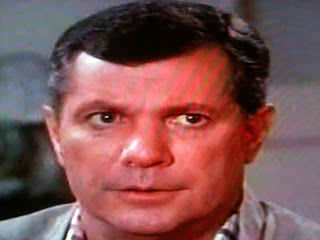 
Hickman returns as the titular character from the 1959-1963 sitcom.  Now married to Kuehl (as Zelda) and running the Gillis Grocery and Pharmacy, he no longer pines for a creamy, dreamy girl. Instead, newly widowed and wealthy Stevens (taking over for Tuesday Weld as Thalia) wants him---and wants him badly enough to single-handedly solve the town’s considerable economic woes if he’ll reciprocate. When Stevens is rebuffed, she puts a $50,000 bounty on his head, hence the title. 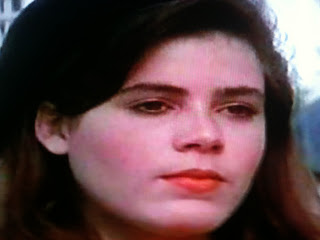 If that isn’t enough to send a man back in front of the town park’s statue of THE THINKER again, there’s the return of good buddy Denver (successful enough to have his own chauffeur) and the romantic entanglements of son Grimes. Grimes is truly a chip off the old block: chasing a blonde beauty while brainy Fisher, the daughter of wealthy banker Franken (Dobie-Do’s high school nemesis Chatsworth) chases him.  Sound familiar? 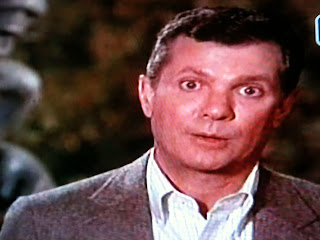 The major strength of BRING ME THE HEAD OF DOBIE GILLIS is its faithfulness to the source material.  After James Komack's thoroughly misguided 1977 attempt to revive the series, this second reunion benefited from greater creative control by Hickman (at the time semi-retired from acting as a CBS production executive).  Denver, James, Franken and Schallert all returned, and while first choice Rod Amateau was not approved by Fox, director Cherry helmed multiple episodes of GILLIS (and GILLIGAN'S ISLAND, with Denver).

As a result, the distinctive and familiar style of the 1959-1963 series returned intact.  Hickman breaking the fourth wall, the malapropisms and bongos from Denver, the short clipped scenes...all here, along with the never ending battle over the cash register, handed down from father (Frank Faylen had passed away) to son.  The plot itself is even lifted from the fourth season episode "A Little Murder Between Friends", which was Weld's swan song on DOBIE. 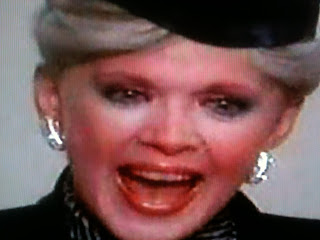 Weld was the lone living cast member (unless you count Warren Beatty) not to return, and while Stevens does a decent job, she isn't Tuesday.  BRING ME THE HEAD OF DOBIE GILLIS also suffers from the feeling of being padded at 100 minutes, a common problem for all sitcoms with half-hour stories stretched out to feature length.  Denver's hippy-dippy song is dopey fun, but Grimes' was already dated when the film aired and the proceedings get mighty silly during the final reel, even by the original series' often surrealistic standards.  Speaking of Grimes, how did Dobie and Zelda produce a red-haired child?  I know, I'm nitpicking. 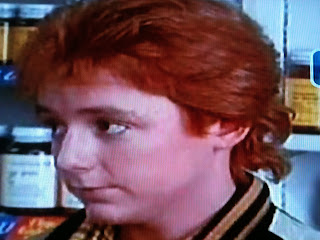 As a one-shot reunion, this one is an agreeable time-passer.  There was talk of reviving GILLIS on a weekly basis when the reunion aired in February 1988, but no revival came to pass, and BRING ME THE HEAD ended up being the show's final word.  Probably just as well.  After seeing Dobie as the quintessential romantic for 147 episodes in his youth, it would have been a little disheartening to see him lecturing son Grimes to "go for the money" on a weekly basis in his middle age.  Plus a full-time revival clearly would have focused on the teenagers in the youth-obsessed prime time of its era. 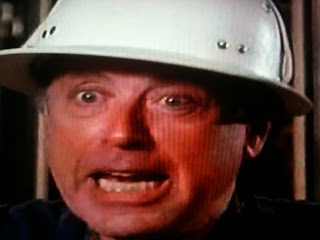 Probably the same thing keeping THE MANY LOVES OF DOBIE GILLIS itself off DVD: the Max Shulman estate and Fox haven't been able to come to terms.  As is always the case in these situations, the fans are the losers.

Okay, so BRING ME THE HEAD OF DOBIE GILLIS isn't any great shakes as a standalone movie and is overlong at 100 minutes.  It's still a reasonably enjoyable visit with old friends, and if RETURN TO THE BATCAVE (the 2003 BATMAN reunion) can be released as a standalone while issues with the original series get sorted, why not DOBIE? 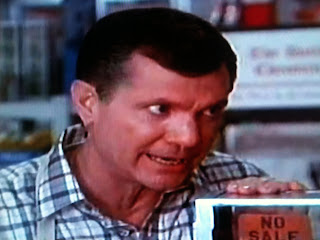 THE MANY LOVES OF DOBIE GILLIS itself in full season sets is a far better candidate for a DVD release.  Since I brought that up, this reunion movie would be a perfect bonus feature for a season set.  THE PATTY DUKE SHOW's third and final season included a similar add-on, with 1999's STILL ROCKIN' IN BROOKLYN HEIGHTS reunion telefilm included in the set.

Fox, surviving Shulmans.....get this resolved already!  We DOBIE fans are getting tired of worn out VHS tapes and YouTube searches.
Posted by Hal at 5:11 AM

If only because there aren't that many people who read German surrealistic playrights, I'm not surprised that too many people realized that this movie was essentially an adaptation of Friedrich Durrenmatt's The Visit.

The plots are essentially the same - a rich woman returns to town after the grocer spurned her (it's a bit more explicit in the play) some years before. She's responsible for the town's woes, specifically to make the people of the town incapable of refusing her Faustian deal.

The ending's much more lighthearted, but with only the slightest tweaks at the end, i was socked at the similarities.

If you've never read the original (and honestly, who has) seek it out.