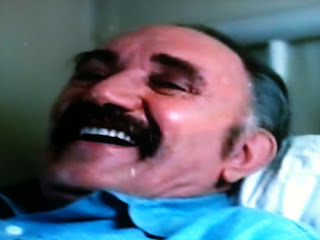 Brown is a small time criminal looking to jump into the big leagues by making off with a cool $1.5 million in cash plus heroin over seven dead Mafia bodies.  Correctly sensing a double-cross afterwards, Brown dispatches his attackers but is wounded in the process.  Brown still manages to stash the booty before he is arrested, making him a person of much interest after his incarceration.  There's a price on his head and the Feds, corrupt guard Harris, and imprisoned mafia enforcer DeKova all want to know where he's keeping the ill-gotten gains.  Facing only a short sentence for the provable charges, Brown turns a deaf ear to all offers of protection (despite the imposing presence of DeKova's racist 6'9" henchman Cassidy) but develops a greater sense of urgency when he learns his hiding spot is scheduled for demolition. 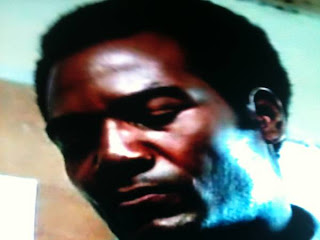 Long before moving on to Oscar bait like THE ACCUSED and HEART LIKE A WHEEL, Kaplan cut his teeth doing action films like THE SLAMS, his third feature.  As you'd guess from the synopsis, there are no real good guys here, but Brown's shady protagonist has an intriguing sense of morality. He has no qualms about killing, as he is responsible for nine homicides during the opening heist alone.  But Big Jim draws the line at profiting off heroin, throwing the smack in the ocean and citing the drug's impact on his community. 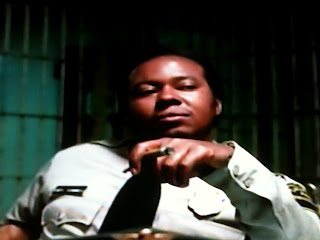 Script by Richard L. Adams (Brown's I ESCAPED FROM DEVIL'S ISLAND) leaves much to be desired in terms of plausibility and character motivation.   In front of the Warden and Brown, the Feds address the aforementioned killings thusly: "We don't give a shit about the murders."  Really?  You would think they'd have to at least bluff a continuing investigation considering they badly need leverage against the only man who knows where the $1.5 million is stashed and Brown's "only facing a one to five".  (Some evidence gathering, by the way.....nine corpses and that's it?) 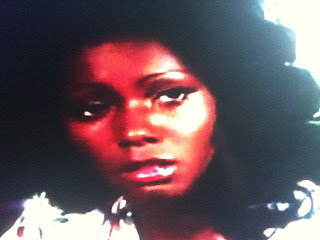 Cole turns up as Brown's mother for one brief hospital scene early that adds nothing to the plot and next to no insight to his motivation or background, then disappears completely.  His lady Pace is a television personality doing rather well for herself, so much so that you wonder why either is taking these risks.  One big chance taken by the meticulous (and as established earlier, anti-smack) Brown is trusting a recreational snorter with the key role during his escape plan.  Oh well, at least Adams does explain why the inmates more or less run the asylum (corruption, overcrowding, understaffing) if not their incredibly easy access to lethal substances during every work detail. 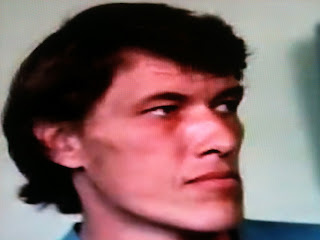 Suffice to say THE SLAMS will fall apart if you give it much thought, so Kaplan wisely sticks to the meat and potatoes with a concise 91 minute running time packed full of brutal bloodshed.  The often unsettling violence includes homicides via cyanide gas and drowning (to name two), disfigurement by acid, and Pace being assaulted in her home.  Racial and sexual slurs abound, with Cassidy's basso profundo delivery of the former rivaling Nichelle Nichols' gutter talk in Kaplan's TRUCK TURNER for unintentional giggles.  You can see Brown's inevitable showdown with Cassidy coming a mile away, but it is a surprise to see elder statesman DeKova (F TROOP) joining the fisticuffs at one point.  In one of the screenplay's few instances of a backstory, we learn that DeKova never carries a weapon, preferring to "kill with his bare hands".

Despite Kaplan's best efforts and a good cast, the story and characters are both badly underwritten, leaving THE SLAMS undistinguished as both blaxploitation and prison flick.  But it is zippy and shockingly vicious at times, making it a watchable (if not terribly memorable) vehicle for Brown.  Ubiquitous genre actor Thalmus Rasulala (WILLIE DYNAMITE) was the assistant director, and speaking of ubiquitous actors, Dick Miller cameos as a cabbie. 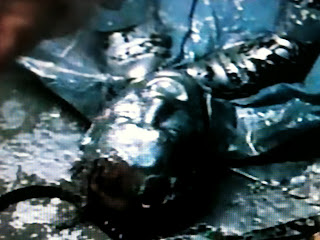 The underdeveloped script hurts, one reason THE SLAMS is less remembered today than Brown's THREE THE HARD WAY, SLAUGHTER and BLACK GUNN.

One of Kaplan's early films, and starring one of the enduringly popular action stars of the era, THE SLAMS should really be on DVD by now.  Kaplan's TRUCK TURNER is, and MGM distributed numerous Soul Cinema entries, so the omission of THE SLAMS is a puzzler. 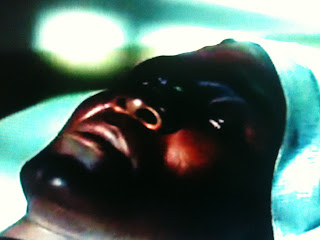 Your only chance to see Pace (COTTON COMES TO HARLEM) as Brown's leading lady.  She also starred in MGM's COOL BREEZE (1972) with Rasulala.  Speaking of which, COOL BREEZE is also missing from DVD, so that's another film MGM has dropped the ball on so far.  Come on Metro, what do you have against the gorgeous Ms. Pace?

(update: Marc kindly informs me in the comments below that Warner now owns the rights.  Thanks Marc!  Given that.....)

THE SLAMS may not be a classic, but it would be a great fit along with the aforementioned BREEZE for a Warner Archive Urban Action Collection II---the four-pack Collection I included THREE THE HARD WAY.
Posted by Hal at 6:42 AM

Being '70's-era MGM productions, both THE SLAMS and COOL BREEZE are now owned by Warner Bros. The good news is that there's excellent chances these will pop up as Warner Archive MOD DVD releases, as they have already put out classic '70's black action films like HIT MAN, BLACK EYE, and BLACK SAMSON, and reportedly are even working on the "lost" Bill Gunn drama STOP! Might want to drop a line on their Facebook or Twitter feeds about them.

Marc: Thanks for reading and thanks for the update on the rights; I'd love to see both films released and would really like the opportunity to see STOP!

Usually I do not read post on blogs, however I wish to say that this write-up very forced me to take a look at and do so! Your writing taste has been amazed me. Thanks, very nice post.
ACDelco 12563083 Drive Belt Tensioner

Four Jim Brown movies--THE SLAMS, KENNER, TICK...TICK...TICK... and THE SPLIT (my favorite of the bunch) are being added to the Warner Archive on March 6.