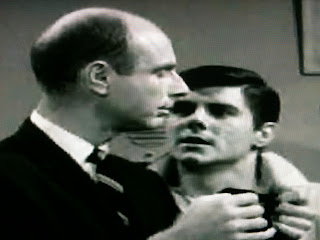 
California college student Jackson is left a beach house in her late uncle's will and intends to transform it into a boardinghouse for girls. Her motivation is twofold: to alleviate a campus housing shortage and help finance her tuition.  Arriving to claim her inheritance, she learns that squatter's rights have already been asserted by Randall, who insists that Jackson's uncle gave him permission to turn it into lodging for the unnamed college's young men.  None-too-alert Dean Colman ends up giving them both a permit, which ignites a battle of the sexes over the pad (since a co-ed living arrangement won't cut it with the bluenoses).  While Jackson and Randall bicker their way to a mutual attraction, hip oldster Bender tries to woo the ladies by promising recording stardom and lots of swingin' musical acts play for the kids. 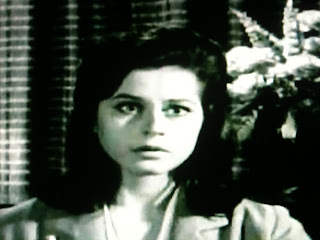 Randall and Jackson are cast as the ersatz Frankie and Annette in Dexter's second and last knockoff of A.I.P's BEACH PARTY series. Lovely Jackson, who began acting when she was seven, is appealing and assured in front of the camera.  Randall, a musician by trade (he would make only one more film) isn't, which doesn't help the tired slapstick humor during Colman's house inspection or the sterile courtship scenes with Jackson.


Dexter (SURF PARTY) again filmed in black and white, rare for a genre that usually relied on bright sunshine and bikinis.  Usually, that is--not here.  WILD ON THE BEACH might not be the absolute worst of the decade's BEACH variations, but it is almost certainly the cheapest.    Forget about surfboards and bikinis. Unpopulated two-second establishing shots contain the only sands we see until after the one hour mark of this 77 minute quickie, and even then Jackson and Randall are fully clothed as they walk the seaside. 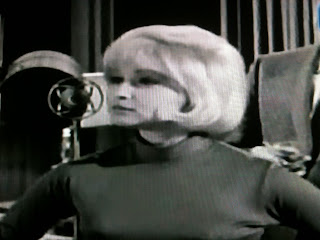 So, no skin (though Malone, playing herself, does look good in her turtleneck), no volleyball and even less sex than, say, BEACH BLANKET BINGO.  While veteran ace Bender gives it the old college try, there's also lesser character actors overall than Paul Lynde or Morey Amsterdam.  Is there anything here to keep the target audience from feeling ripped off?  If there is, it's gotta be the music, highlighted by the screen debut of a future Best Actress winner.


You read that right, WILD ON THE BEACH boasts the first screen appearance of Sonny and Cher, but only to sing "It's Gonna Rain" from LOOK AT US, their first LP.  They're backed by The Astronauts, who return from Dexter's SURF PARTY and get to perform four of their own songs, the best of which is "Little Speedy Gonzalez".  Malone sings one song, Randall performs two, and even Bender surprisingly gets in on the act with the fun "Yellow Haired Woman".  Take out the songs and the film would be about forty minutes, tops. 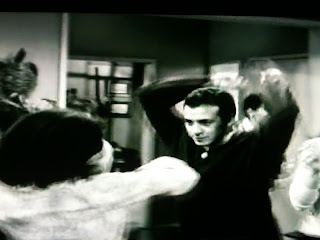 Despite the historical interest generated by seeing eighteen year old Cher making her big screen bow, WILD ON THE BEACH is cheap, forgettable and the title is blatantly misleading--there's no real wildness and barely a beach.  For genre completists only.

I can't really make a compelling case for watching it more than once, but fans of The Astronauts will at least get to see a lot more of them here than in SURF PARTY.

WILD ON THE BEACH occasionally airs on Fox Movie Channel.
Posted by Hal at 8:10 PM

As a BEACH PARTY fan, I can't believe I haven't seen this movie yet! Thoroughly enjoyed your review, which I guess is the next best thing to seeing the movie for now.