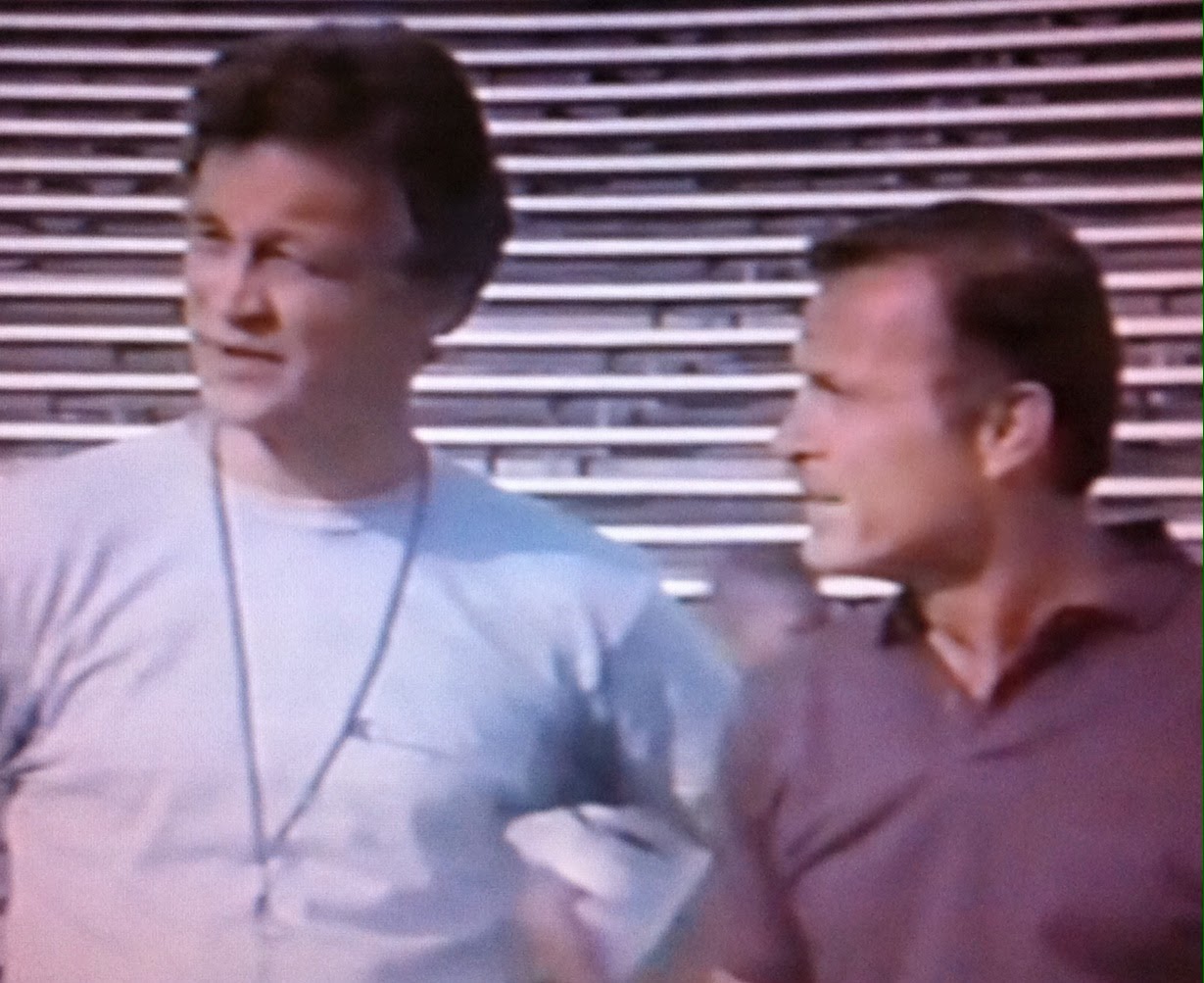 Robert Conrad is a self-made businessman who has been successful beyond his wildest dreams, able to retire in his early fifties. Perhaps inspired by Rodney Dangerfield, Bob elects to rectify his biggest regret--passing up that football scholarship 35 years earlier--and enter Pacific University with son Shane Conrad, a highly recruited star quarterback.  Unlike Rodney, Bob immediately gets the hang of college, explaining that U.S. tire regulations are a lot more confusing than the classwork. 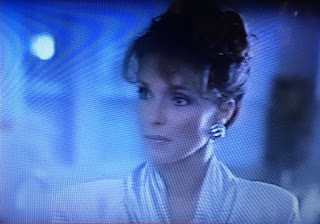 The elder Conrad further emulates Thornton Melon by joining his son athletically on the Pacific Tigers, who initially seem to be about as successful as Grand Lakes University’s diving team. That is, until an injury to the younger Conrad forces the elder one into action as the new starting quarterback.  Having Wally Pipped his own son, Robert leads the team on a winning streak, threatens the league's passing record(!), and charms comely Gidley in the process, putting a strain on his marriage to the also hot (but almost age appropriate, at least) O’Neil.


Very few things are funnier than a vanity project that gets out of control.  Witness the word of mouth that caused 2003’s barely released THE ROOM to become a sensation as possibly the worst film of the 21st century so far. Yes, I realize that Dangerfield saved the day in BACK TO SCHOOL, but that film was played for laughs.  Conrad is serious here!  In GLORY DAYS, the erstwhile Eveready spokesman asks us to believe that he can play quarterback in college at 5’7", in his fifties, with a throwing motion that makes Bill Kilmer's look like Dan Marino's. 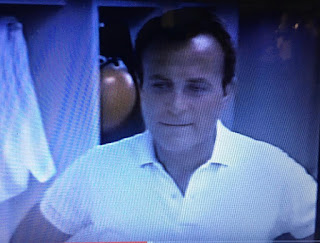 And not merely playing quarterback, but establishing himself as the MVP of the Conference (Doug Flutie is briefly referenced in a smart lampshading attempt) thirty years after he last picked up a football. The WILD, WILD WEST star is a much better actor than director, as he fails to make any of the football sequences look any more convincing than his passing.


No worries about going “middle age crazy” or letting the adulation get out of hand, though. He might be the savior of the coach, team, school and the oldest B.M.O.C. in history, but his essential morality wins out. Conrad bypasses a chance to prove he’s still “got it” with Gidley, electing to stay instead of straying--Jennifer O’Neil fans can rest easy. With the junior Conrad sufficiently recovered from the injury, Robert graciously walks to the sideline a few yards shy of the league record(!) to let his son (then 17 and just starting his own acting career) return to the spotlight. Tough. Talented. Athletic.  Agelessly virile.  A terrific student.  Yet humble.  What a guy! 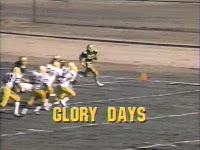 In a world where misfired vanity projects provide copious amounts of unintentional hilarity, GLORY DAYS deserves rediscovery. Although he co-directed THE BANDITS in 1967, DAYS remains Conrad’s only feature-length effort as solo director. Aside from this one telefilm his efforts behind the camera would be limited to his numerous series (BAA BAA BLACK SHEEP, HIGH MOUNTAIN RANGERS). It’s easy to see why when giggling your way through this one.

Movies made for television in the 1970’s and 1980’s continue to have a low batting average in getting released, even the high quality productions.

Going back to college in your late middle age ain't easy, at least not in DVD land.  Dangerfield's BACK TO SCHOOL is available, but Bing Crosby's HIGH TIME (1960) joins Conrad's effort on the sidelines. 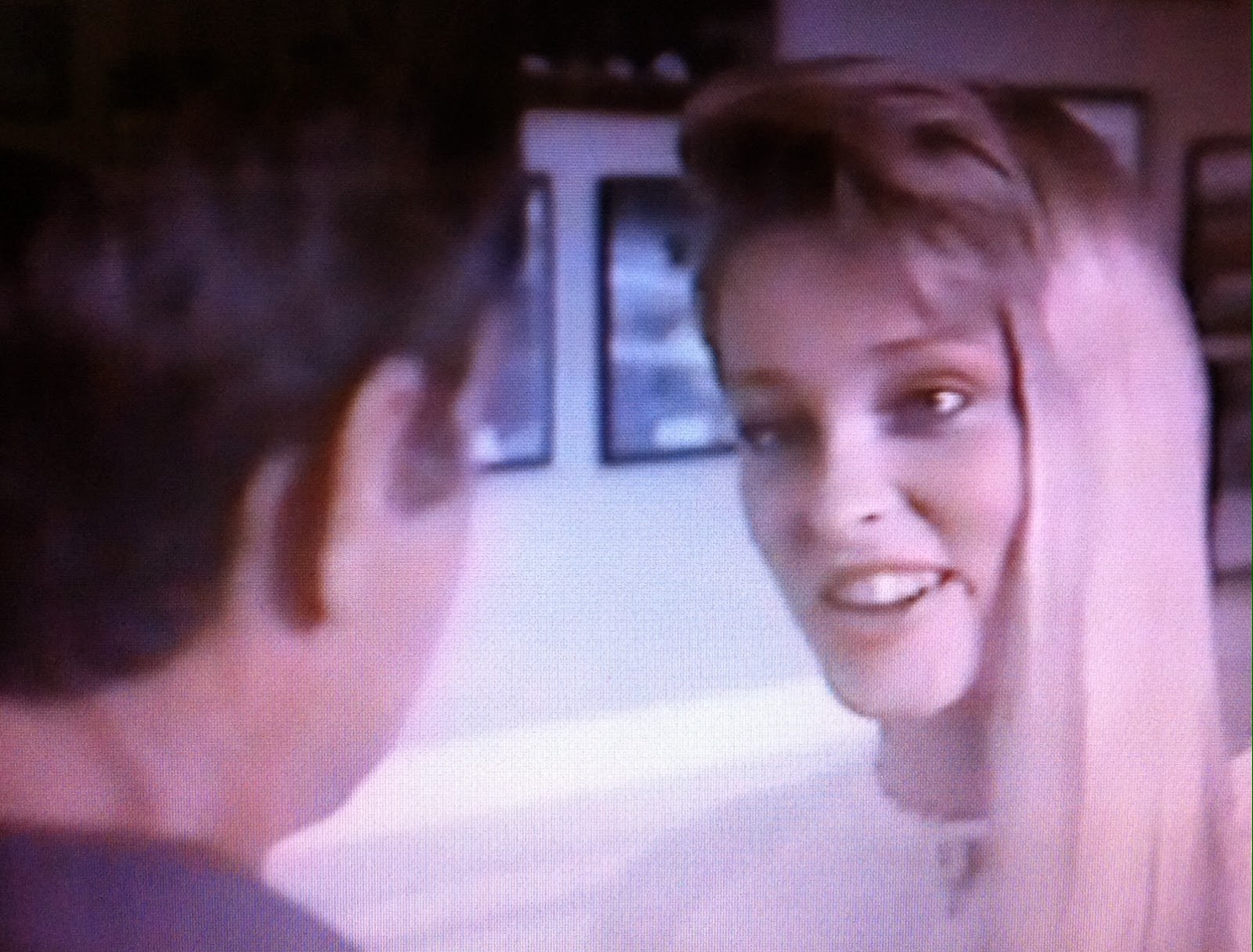 It's comedy gold, people.  Name any unsuccessful attempt at looking like a quarterback you can think of: the aforementioned Sandler (THE LONGEST YARD), Charlton Heston (NUMBER ONE), even Alan Alda as George Plimpton in PAPER LION. Conrad provides more laughs than any of them without even trying.  To be fair, he was far older--at least 53, and maybe 59 when GLORY DAYS was filmed (the latter according to court documents from his 2003 trial).

Acting, directing, producing. About the only thing Conrad didn’t do in this one was go out for the track team and avenge his Battle of the Network Stars loss to Gabe Kaplan, but I guess you can't have everything.  Still, GLORY DAYS is highly recommended for those of you who love finding humor in unlikely places.

Give ol' Conrad a break. There's no way he could pull off something as spectacular as a Triple Lindy with those Eveready batteries on his shoulder.