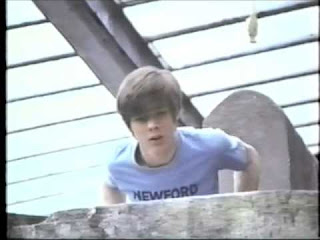 Moulder-Brown drops out of school at age 15 and gets a job at a London bath house to help provide for his financially distressed family.  Once there, the teen learns from older, provocative co-worker Asher that gratuities are offered by male and female customers for sexual favors.  Moulder-Brown fails to fully grasp these duties, partly because of his shyness, but mostly because he only has eyes for the alluring Asher.  Despite her usually condescending attitude towards him, he pursues his fantasy.  Moulder-Brown isn't deterred even after learning that she is engaged to the rich, older Sanford.  She is also no angel despite his image of her.  She's cheating on Sanford with even older Vogler (the lad's former swim coach), attending both porn flicks and swingers clubs with her fiancee, and may be working as a stripper.  While Asher shows occasional physical interest from afar, he is still a kid to her, and Moulder-Brown doesn't help his cause with his immature reaction to each new revelation. 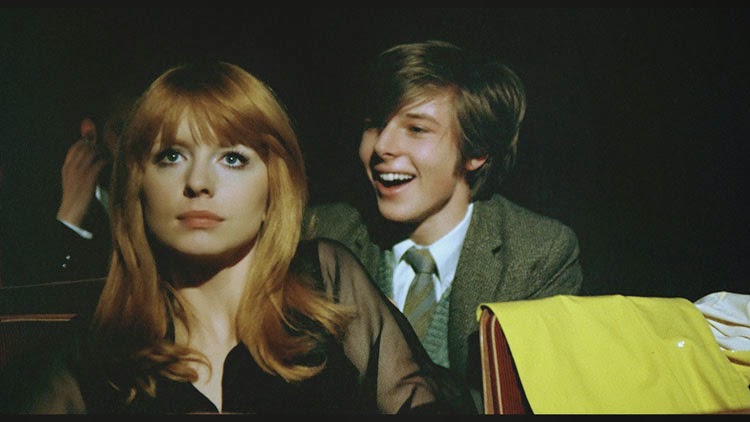 Skolimowski, a one-time collaborator of Roman Polanski's, again explores the theme of obsession he tackled in his previous film THE DEPARTURE.   In that case, a young man's obsession with a Porsche was the topic: this time, it's a boy's growing obsession with an unattainable but tantalizing "older woman".   You can count the number of coming of age comedies with an unhappy ending on one hand, and DEEP END doesn't add to this short list. Despite numerous funny scenes, DEEP END really isn't a comedy, and Skolimowski makes this apparent right away as film opens with a single drop of blood red paint while Cat Stevens' angst-filled "But I Might Die Tonight" plays over the credits.  There's plenty of humor, but virtually all of it induces cringes and laughs in equal measure: Dors and Vogler's unsubtle come-ons to underage teens, Moulder-Brown's meeting with a temporarily disabled hooker, and his childish, increasingly destructive pranks while making the effort to gain Asher's attention.

Moulder-Brown slowly gets in over his head: he's clearly not ready for the seedy aspects of his new job, yet he plunges even further into the London's adult world in his irrational pursuit.  But he's not the only youngster being flung into the DEEP END; the teenage girls get very personalized attention in the lecherous Vogler's class. 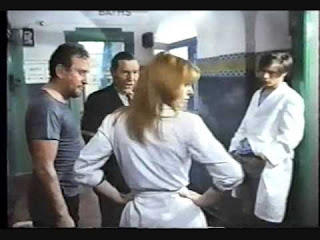 Asher, who is only slightly older, is self-assured, but her confidence is misplaced: she's also biting off more than she can chew.   She's a constant tease, leading Moulder-Brown on (i.e. by kissing him behind her fiance's back at the adult theatre after the lad boldly sneaks in to stalk her), eating ice cream in front of a dieting co-worker and finessing Vogler into loaning her his expensive car.  Her major error is thinking that boy Moulder-Brown can be manipulated just like any man, not taking into account that with his immaturity comes an unpredictability she isn't used to in dealing with her older (but not necessarily mature) suitors.  She ignores the red flags, such as the scene made by Moulder-Brown on the evening train and the "coincidence" of him being in the same trashy area of town in the first place.

Skolimowski maintains an uneasy, increasingly out of control tone using occasional surrealistic flashes (i.e. Moulder-Brown thinking he sees Asher naked underwater) and with abrupt edits to his interior scenes without establishing shots.   Set in London, but filmed in Germany, and unrelentingly portraying the seediest side of the city with the then-swingin' image.  Though Skolimowski might well be better known as an actor in the U.S. (WHITE NIGHTS, MARS ATTACKS!) he is a talented and unconventional writer-director whose early work is worthy of rediscovery on these shores, and that should start with this unsettling but fascinating, thoroughly unique coming-of-age film. 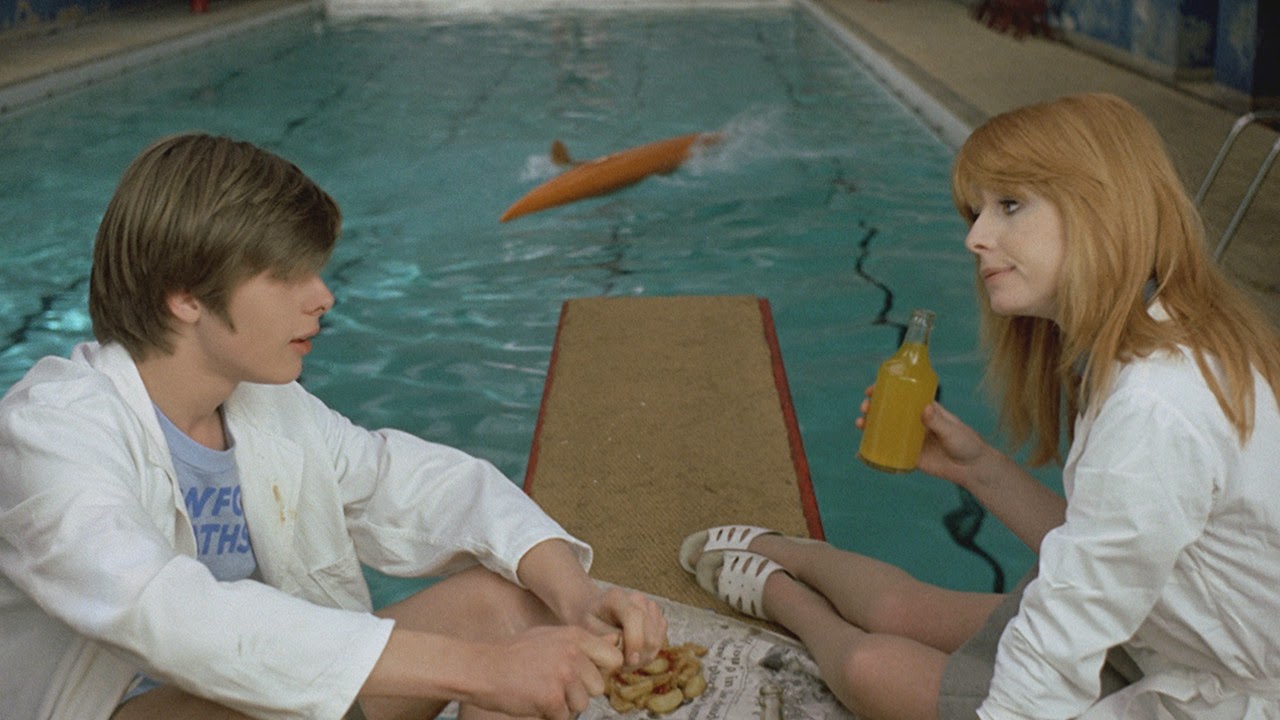 
DEEP END was badly mismarketed by Paramount in America (with a poster more worthy of a slasher film) and the film virtually disappeared after its initial release here.  Amazingly, it's never even been released on VHS in the U.S.   If not for Danny Peary's enthusiastic recommendation in his books CULT MOVIES and GUIDE FOR THE FILM FANATIC, it would be even more obscure on these shores.

It shares with fellow 1971 M.I.A.'s on DVD (and prior Horn Section reviews) BLOOD AND LACE and PRETTY MAIDS ALL IN A ROW the very uncomfortable theme of adults who see nothing wrong with seeking gratification with teenagers. 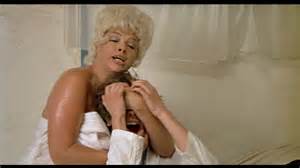 A one of a kind take on unrequited "puppy love" that is cringe-inducing due to the tension created by Moulder-Brown and Asher, both of them clueless on different but equally devastating levels.

A fine performance from Moulder-Brown and a flawless one from Asher, who is unfortunately best known as Paul McCartney's girlfriend (pre-Linda).

One of the most sought after cult films, and many avid Peary readers have waited nearly a quarter century just to see DEEP END.  The recent TCM airing was the very first time I'd ever even seen it scheduled on cable.  While that print didn't reflect it, the film has reportedly been recently remastered, all the more reason to get it out on DVD.
Posted by Hal at 11:43 AM

I am so hoping that this will show up as a Criterion release and I thought I heard rumors that it might. So sad that is unavailable to be seen right now! BTW, I need to go back and read your BLOOD AND LACE and PRETTY MAIDS reviews!!