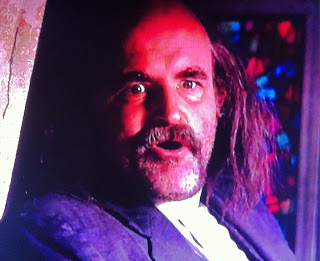 
Feldman is a sheltered monk who is sent into the outside world for the first time in his life at the request of abbot Hyde-White.  The monastery is $5,000 in debt on the mortgage(!) and Feldman is to travel to Los Angeles on foot to make a personal appeal to rich televangelist Kaufman.  The naive monk quickly finds himself broke in L.A.'s red light district after losing his travel money to "mobile church" propieter Boyle, but soon finds a place to stay after helping grateful prostitute Lasser avoid a police raid.  After much difficulty getting in the door to see the heartless, power-obsessed Kaufman, he suddenly finds gainful employment with the minister after Pryor's "God" shows Kaufman the profitability of a front man with sincerity and wide-eyed innocence. 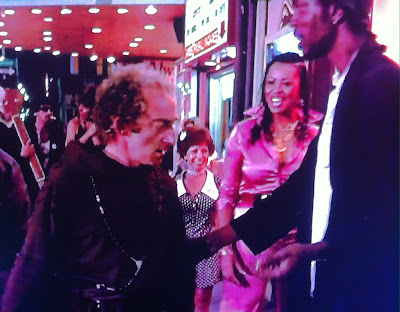 There's a potentially great religious satire with this premise and cast, and IN GOD WE TRU$T contains a number of inspired moments, such as Boyle's marketing of "Lazarus dolls" and Feldman's initial "real world" job: making crucifixes. Unfortunately, the film as a whole is too heavy handed and cartoonish to take seriously, and too slow and serious to provide real belly laughs. 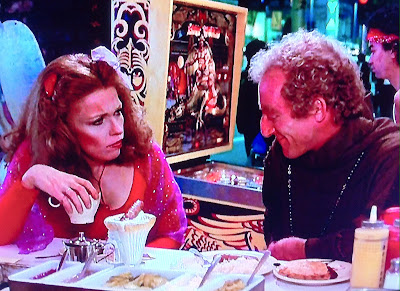 Part of the film's box office failure was simply bad timing: with Monty Python's uproarious LIFE OF BRIAN still fresh on the minds of filmgoers, the bar for religion-tweaking humor had been raised considerably at the time IN GOD WE TRU$T made its way to theatres in September 1980.  In addition, Feldman's film was competing with then-recent memories of the highly acclaimed BEING THERE (also about the corruption of a middle-aged innocent).  IN GOD WE TRU$T is much closer in spirit to the latter, but suffers in comparison to either.

Feldman's story indicates a desire to make a serious statement with humor and heart, similar to Mel Brooks' later LIFE STINKS.  But, as was the case with that lesser Brooks effort, Feldman the director lacks confidence in his vision, continually hedging his bets with very silly and often pointless slapstick, such as the needless scene in which Boyle has a bangup on the road with one of Lasser's clients (who is running for office after attempting to rough Lasser up). Lasser's patron disappears from the film afterward, the rich comic possibilities of a politician being caught with a prostitute and being involved in a wreck with Boyle's mobile church completely unexplored. 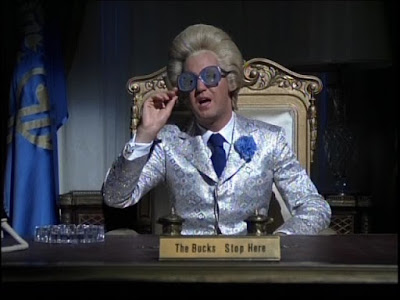 As was the case with LAST REMAKE OF BEAU GESTE, Feldman assembles a terrific oddball cast here, but he completely wastes Pryor, who as God is given even less to do here than in THE WIZ.  Kaufman playing a megalomaniac televangelist sounds like it can't miss, but while he's funny onstage, he can't sell us on the overdone finale, in which all subtlety goes out the window long before yet another chase scene.  Kaufman includes "K.K.K." while reveling in the power of three letter acronyms and leads his flock in a chant uncomfortably close to a Nazi salute---seeing African-American churchgoers fervently following along is a leap to say the least.   Boyle gives his best to an underwritten role: a traveling, cut-rate version of Kaufman who steals Feldman's money at the outset but ends up hiring him and moving in with Lasser and Feldman(!). 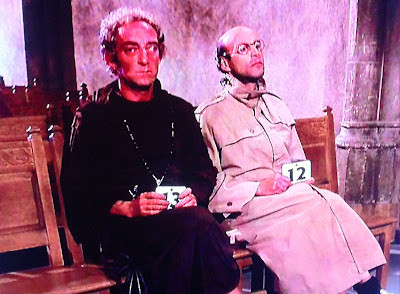 Feldman the actor is a definite plus, appealing and sweetly disarming as the most unconventional of leading men, particularly in his scenes with Lasser.  If his work behind the camera had matched his performance in front of it, IN GOD WE TRU$T might have kicked into a higher gear.  Sadly, Feldman's second effort as writer-director-star ended up being his last--he died of a heart attack in 1982 at age 49. 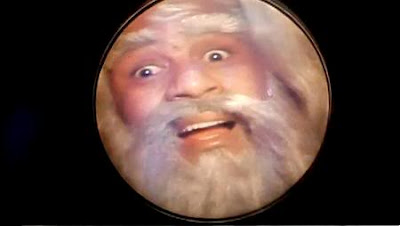 A heartfelt, but flat effort that fails to establish a reality to twist, IN GOD WE TRU$T isn't funny enough to succeed at farce and is too exaggerated for a satire.  The film failed at the box office and was lost in the shuffle after making its initial cable rounds in the early 1980's. 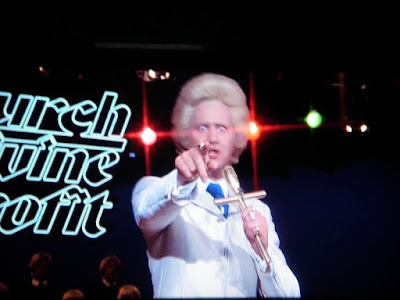 Like Feldman, the amazing Andy Kaufman died way too young (at age 35 in 1984) and this film does have Kaufman's best screen role, for what it's worth...unfortunately, his only other feature was the little-seen bomb HEARTBEEPS.  As a side note, it's a real shame the mind bending script for THE TONY CLIFTON STORY was never put into production.

Not a good film, but prescient, given the televangelism scandals that would follow in the 1980's and the political power that would soon be sought by Jerry Falwell's Moral Majority.  Just 8 short years after Kaufman's Armageddon T. Thunderbird made his right-wing political aspirations known, Pat Robertson was running for the Republican nomination for President.
Posted by Hal at 10:42 PM

I hadn't seen this film since catching it on HBO in the early 80's I remember my relatives enjoying it quite a bit. I recently caught it again on HBO, no less. I like it, although its "message" gets lost amongst satire and strained pratfall humor.

This was in The Movie Channel's rotation in the early 80s, so I sat through it several times, hoping it would have somehow approved from the last time, I guess.

Even after the pain dealt me by "Heartbeeps," I was fascinated everything Andy Kaufman did. I kept trying to puzzle him out. I wish he was still around. We need more enigmas.

As for this movie, it's a shame that all of that talent couldn't be focused to make something good and lasting. I think that's why ensemble pictures are usually so disappointing. The more talent you bring in, the higher the stakes and the more devastating the gamble.

Also, I'm pretty sure there's a rule that any film that uses a dollar sign in its name is doomed to suck.

Yeesh. Sorry about the grammar lapse. My fingers are staggering around the keyboard, drunk again. Embarrassing.