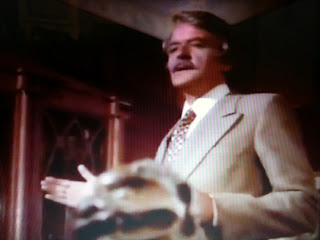 
I’ve sung the praises of the peerless writing team of Richard Levinson and William Link before here. MURDER BY NATURAL CAUSES is not a television landmark like some of their other telefilms (MY SWEET CHARLIE, THAT CERTAIN SUMMER, THE EXECUTION OF PRIVATE SLOVIK) but don’t let that stop you. No social relevance here, no big event….just a marvelously written, acted and directed thriller/mystery. 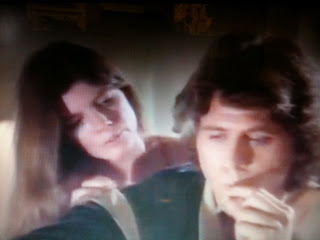 Katharine Ross is the icy, greedy and very manipulative wife of professional mentalist Hal Holbrook, who wears a pacemaker two years post-coronary. While Holbrook’s career is flourishing, she’s having an affair with struggling actor Barry Bostwick. Ross is unhappy with the marriage, but unwilling to divorce Holbrook (“I don’t want half. I want it all.”) so she and Bostwick devise a plot to literally scare Holbrook to death.  But is Holbrook a fraud, or can he geniunely read minds? And if the latter is true, how effective could this plot be?

Ross, Holbrook, Bostwick and director Day all make terrific contributions here. Ross is suitably bitchy and pretentious. Bostwick is impatient, explosive and possibly in over his head with her. Holbrook and Bostwick play off each other very well in their lengthy scene, and Day keeps this sometimes talky story moving like a shot for 96 minutes.

The real standout, though, is the twist-filled Levinson/Link script. You’re seeing a couple of real pros in top form here, keeping you guessing until the very end. There’s also a quick in-joke for longtime Levinson/Link followers: the play Bostwick stars in is called PRESCRIPTION: MURDER. 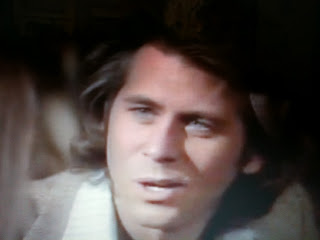 Honestly, I can’t think of one damned reason. It’s done with style and intelligence, and the three leads are all still recognizable to audiences 28 years later. Ross was well known for her big-screen work during the 1970's, and Holbrook’s name was synonymous with quality television (he also starred in THAT CERTAIN SUMMER and WHEN HELL WAS IN SESSION among others). 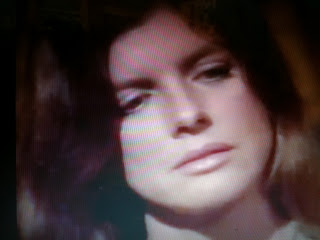 I’ve lamented how sadly overlooked made for TV films from this era are previously.  While a few are trickling out onto DVD, there’s still way too many top notch telefilms being overlooked. Like this one.

If COLUMBO is selling well enough on DVD to get the complete series out, then there’s obviously an audience for both 1970’s TV and Levinson/Link mysteries. Hell, a non-COLUMBO Levinson/Link boxed set would be terrific.

Actually, why not two Levinson/Link boxed sets, one devoted to their mysteries (i.e., this film could be boxed with REHEARSAL FOR MURDER (1982), another good, twisting film starring Robert Preston) and one devoted to their landmark, socially relevant productions mentioned above? If one thinks there’s an audience for DVD releases of THAT’S MY MAMA and PINK LADY AND JEFF then there damn well ought to be one for the quality productions of the era as well.
Posted by Hal at 5:59 PM

I just rewatched this tonight and my god, it's amazing. I get goosebumps at the end... Every. Single. Time.

I'm a huge Levinson and Link fan and would be somewhat hard pressed to pick an absolute fave, but this is near the top of the list.

Why can’t we buy this film as was made awhile ago.so many twists