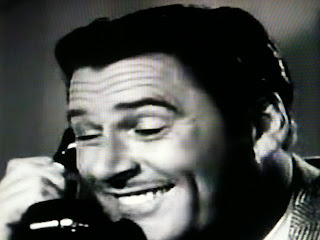 
A sleeper Christmas favorite, NEVER SAY GOODBYE is an attempt by action legend Errol Flynn to broaden his horizons. Flynn plays a magazine illustrator surrounded by beautiful models. Unfortunately, the job has separated Flynn from ex-wife Eleanor Parker and 7-year old daughter Patti Brady. Brady would like to see her parents back together, but there are complications: a budding Flynn flirtation with model Peggy Knudsen and mother-in-law Lucille Watson’s idea of a new husband for Parker, rich but uncharming Donald Woods. While Flynn attempts to woo Parker back and win his ex-mother-in-law over, his daughter has been doing her bit for the boys overseas, writing Marine pen pal Forrest Tucker....and signing Parker's name to the letters. 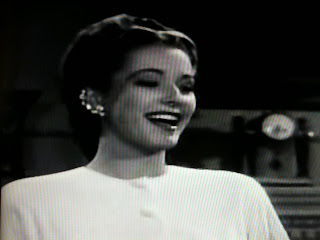 NEVER SAY GOODBYE is hampered by a weak and poorly structured script and a slow first hour. You’ll never believe for a minute that stuffed shirt Donald Woods is a credible romantic rival for Parker’s affections, and as a result the film doesn't really get cooking until its final third, with the arrival of Tucker as a more plausible rival. With Tuck in tow, the film finally kicks into gear as Flynn plots to keep Parker away from the young, handsome military man and also to prove his worth as a “tough guy” to the newcomer (via physical contests and a Bogart impression). 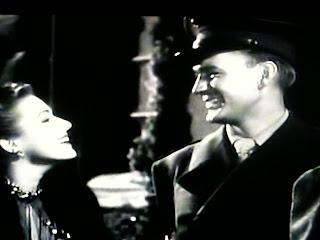 Despite the mediocre material, Flynn gives a great effort and shows some comedic flair.  He gets some solid laughs with the “jumping” routine in the kitchen and the old "mirror" routine with Woods, as Parker's two suitors compete in their red suits and beards for the right to play Santa for Brady on Christmas Eve. 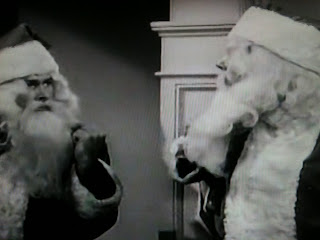 Forrest Tucker had few opportunities to show off his comedic talents prior to AUNTIE MAME (1958) but he too is in fine comedic form already at this early stage of his career. Though his character seems too naïve for a marine who’s been overseas for two years, Tucker’s appearance energizes the film, giving Flynn some ante-raising competition. Unfortunately the great Hattie McDaniel is wasted, given little to do here in her umpteenth thankless "maid" role post-GONE WITH THE WIND.

The ending is too abrupt, direction is pedestrian, and the script is nothing to write home about (surprising, since I.A.L. Diamond is the screenwriter), but the film is of interest for Flynn's atypical role and solid performance.  Warner Brothers rarely tried Flynn in comedies since the few attempts to do so (i.e. this film, FOUR'S A CROWD, THE PERFECT SPECIMEN) failed at the box office.

It's more interesting than good. Script and direction are both below average at best. The first hour is slow, the resolution is too abrupt, and Brady is too precocious. 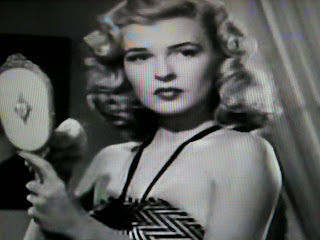 Despite the Christmas setting and the presence of one of the biggest stars of the 1940's, it is rarely shown on television. I'd think NEVER SAY GOODBYE could be fit in once among the 57 showings of MIRACLE ON 34TH STREET or A CHRISTMAS STORY. I'd certainly rather see it than MIRACLE OF THE BELLS any time.

It's rare to see Flynn doing light romantic comedy, and he does a good job. And the fine (and fine) Eleanor Parker provides a little more reason to watch. 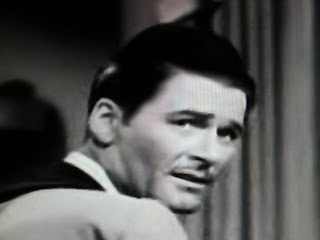 Watch (and listen) for Flynn's Bogart impression. Though Flynn has the physical mannerisms down, he didn't voice this: Bogart did, uncredited.

Flynn's post-1945 work is underrepresented on DVD, and most stars of Flynn's stature have their lesser films available too. This one has also been out of print on VHS for some time.
Posted by Hal at 4:32 AM