Why the hell isn't this on DVD yet? Volume 3

BLOOD AND LACE is a very, very low budget horror film starring Melody Patterson as the "not quite 21" year old Elly Masters (21 being the legal age in this unnamed state) who is orphaned when her mother is brutally murdered in her sleep by a hammer-wielding psycho. Not knowing who her father is, Patterson has nowhere to go except the Deere Orphanage, run by the icy Gloria Grahame and creepy handyman Len "Uncle Leo!" Lesser. Grahame has a shady financial arrangement with the county that she will stop at nothing---literally, nothing---to preserve. While police detective Vic Tayback investigates the crime, and shows more than just a passing interest in the young girl's welfare, Patterson is having repeated nightmares about the crime that increasingly seem real.

The lack of funding hurts, in particular with the makeup and the soundtrack, which consists entirely of music that was probably recorded at least two decades before this film was shot. There's a good laugh to be had early as Tayback explains that he's a plainclothes detective because "none of the married men wanted the hours". It's much more likely that he's a plainclothes detective because the budget wouldn't allow for an authentic police car or uniform, since we never see either! Hell, even PLAN 9 FROM OUTER SPACE had that much. 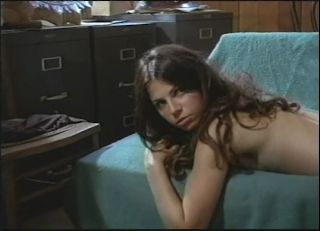 One can see an influence on later genre classics. Just compare the opening scene here with John Carpenter's opening sequence in HALLOWEEN seven years later. And the psycho in Elly's dreams looks more than a little like Freddy Krueger without his hat.

This was promoted as "the sickest PG film ever made" in 1971. It is astonishing that this secured a PG rating--Gil Lasky's screenplay is extremely cynical and thoroughly tasteless, and director Gilbert pulls out all the stops in bringing it to life.  BLOOD AND LACE gives us pedophilia, murder, incest, child abuse, insanity, arson, decaying corpses, amputation by meat cleaver, starvation, hypothermia, plenty of gore, overacting, Vic Tayback looking for "good breeding stock" and, perhaps most disturbing of all, aging Gloria Grahame and moon-faced Milton Selzer enjoying an afternoon delight. 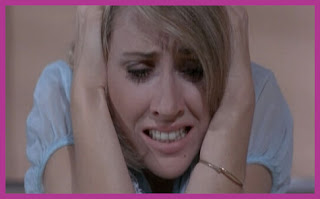 In other words, a must-see!

Extremely low budget film with lots of familiar TV names, but no big-screen stars save for Grahame two decades past her prime. I mean, Vic Tayback is your hero. 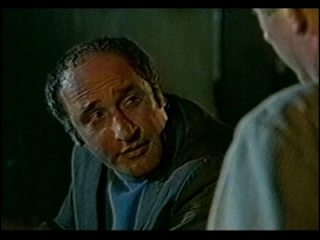 Why it should be released on DVD:


Well, like I said, Vic Tayback is your hero!  Does it get any cooler than that?

This film is a perfect fit for Sony's "Midnite Movies" DVD series .

Guys who are too ashamed to be checking Patterson out during her teenage F TROOP days can do so here with a clear conscience (she was 21 when BLOOD AND LACE was filmed). 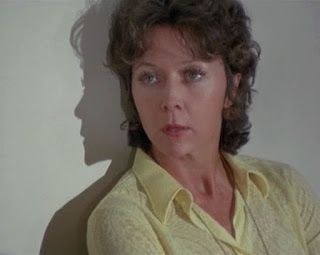 A commentary with Lesser and/or Patterson? Still possible.

Film has been recognized as influential, and is slowly gaining a cult following with airings on Showtime, Flix and Encore Mystery Channel in recent years.
Posted by Hal at 12:41 AM