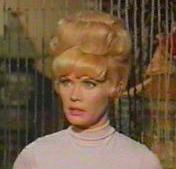 
During the 1960’s, several caper films followed the box office success of OCEAN’S 11 (1960), and IT’S A MAD MAD MAD MAD WORLD (1963) started a string of big, splashy, all-star comedies. WHO’S MINDING THE MINT? came along late in each cycle, but was among the funniest examples of both.

Directed with inspiration (his debut) by YOUR SHOW OF SHOWS actor Howard Morris, WHO’S MINDING THE MINT? tells the story of swinging young bachelor and Bureau of Engraving employee Hutton, who accidentally destroys $50,000 shortly after his boss questions him on suspicion of embezzlement. Convinced that no one will believe he didn’t steal the money, he schemes to break into the Bureau at night with recently retired (involuntarily) Walter Brennan so that he can replace the money. But the caper proves to be more difficult than envisioned, and Hutton soon finds himself enlisting safecracker Jack Gilford, pawnshop owner Milton Berle, “skipper” Victor Buono (hilarious), sewer worker (and compulsive gambler) Joey Bishop, Bureau cutter Dorothy Provine (who goes along with it because she’s interested in Hutton) and ice cream man Bob Denver as accomplices….with a slight increase in the amount of printed money to properly compensate everyone. 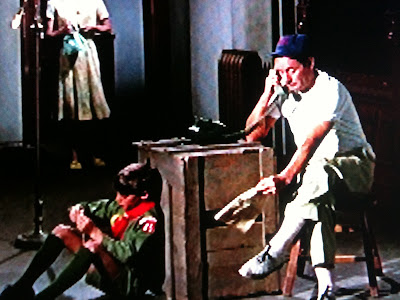 As is the case with the best heist comedies, anything that can go wrong, does. Unlike OCEAN’S 11 director Lewis Milestone, Morris makes full comedic use of the situation and very creative use of his Washington, D.C. setting, and unlike Stanley Kramer (MAD MAD WORLD) and Blake Edwards (THE GREAT RACE), Morris correctly realizes that less is more—not just in regards to the film's length (at 97 minutes, WHO’S MINDING THE MINT? is barely half as long as WORLD) but he also reins in his all-star cast and keeps the mugging to a minimum (even from Berle). Morris keeps the laughs coming at a very brisk pace and comes up with terrific sight and sound gags throughout. There's scarcely a dull moment here. 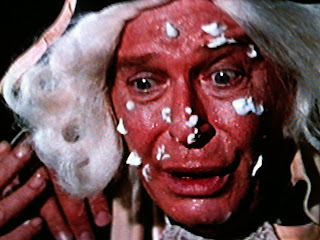 Despite this auspicious debut as a feature director, Morris was unable to keep the momentum going. His subsequent films WITH SIX YOU GET EGGROLL (1968) and DON’T DRINK THE WATER (1969) were disappointing, and then a full decade passed before his next feature directing assignment: the abysmal Donny and Marie vehicle GOIN’ COCONUTS. Morris only had this one top-notch film in him, but it is a truly great comedy, one that has been unjustly overlooked for nearly four decades.

Look, don't get me wrong. I like both MAD MAD WORLD and GREAT RACE. But WHO'S MINDING THE MINT? is the best and funniest film of the three. Yes. Really.

Provine, Farr, Jackie Joseph and Bishop might be persuaded to participate in DVD extras. TRIVIA: Provine also appeared in both MAD MAD WORLD and THE GREAT RACE. Busy girl!

Modern audience definitely needs to be exposed to Buono and Gilford at their best; both are terrific here.

WITH SIX YOU GET EGGROLL is on DVD and this gem isn't? That's just wrong.
Posted by Hal at 8:45 PM

Where can we e-mail to get this
classic ON DVD??

It really deserves to be on digital

Thanks for reading, Chris!

This post is from 2006, but I posted a followup celebrating its release a few years later. I picked up my Warner Archive copy the day it was released; hope you're enjoying the flick, one of my faves. :)

I discovered this film at the Belgian Cinémathèque yesterday. This is a vintage Belgian print (35mm), subtitled in French and Dutch, in very good condition, with perfectly preserved colors.