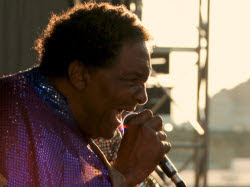 It's been a very bad month to be a legend in the music industry.  First Lemmy, then David Bowie, and now, sadly, the death trifecta strikes us again with very sad news today.  Legendary soul writer and singer Clarence Reid, perhaps even better known by his X-rated alter ego Blowfly, has passed away from liver cancer at the age of 76. 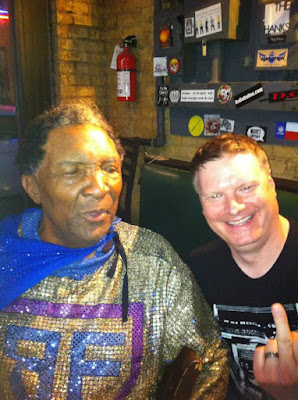 The photo above is from his February 2013 Dallas show as Blowfly, my fourth and final time to see Mr. Reid and his funky band live.  It was truly an honor to be there, and to meet him for the second time. 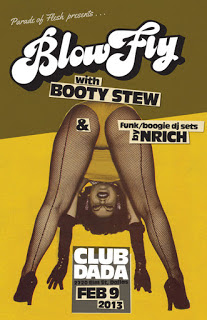 During my childhood, Blowfly tapes were definitely an underground item.  Part of the fun was the knowledge we weren't supposed to be listening to them, and I have to say, Mr. Reid's alter ego seemed much more forbidden than George Carlin or Richard Pryor to us southern Oklahoma kids.  The next link is NSFW, be advised:


Blowfly was the subject of the 2010 documentary, The Weird World of Blowfly--also the title of the 1971 debut LP by Reid's alter ego.  I previously wrote a bit about this in my 2012 Film Discovery list for Rupert Pupkin Speaks.  Suffice to say I highly recommend checking it out. 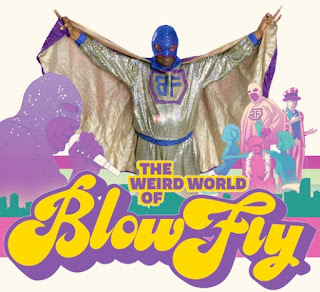 But Reid as Blowfly has a lot more to check out--though be warned, most of it is definitely NOT safe for work.  The Weird World LP's from the 1970's (i.e. Blowfly at the Movies, Blowfly Disco) boasted a great backing band (something that Papa Fly would maintain for the rest of his career, including the past decade under the management of "Uncle" Tom Bowker): Willie "Little Beaver" Hale on guitar, Timmy Thomas on keyboards and George "Chocolate" Perry on bass just for starters!  Check out the work of the latter especially on this opening track from 1977's Porno Freak (need I add it is NSFW?)

Oh, and that aforementioned 2013 concert I attended?  The entire show is available for your viewing pleasure, thanks to YouTube!


Prior to that concert, we saluted him here at the Section, with a half dozen more of his greatest hits from the 1970's and 1980's.  Back in the Horn Section's infancy, way back in 2006, we reviewed the second LP of his comeback, Blowfly's Punk Rock Party.

The next two video links are from Clarence Reid under his own name, doing the straightforward Miami R&B that he was excellent at.  He co-wrote classics like "Rockin' Chair" and "Clean Up Woman", and was one Hell of a singer of songs both PG and X-rated.


For all the wonderful years of entertainment and all the soul classics, The Horn Section salutes Clarence "Blowfly" Reid on the day of his passing.


R.I.P. Mr. Reid. Thanks for all the laughs and memories.