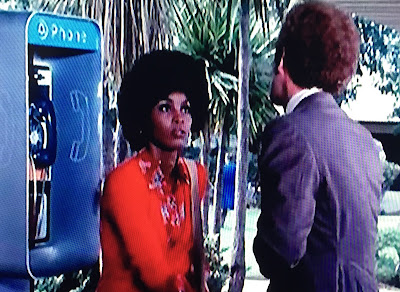 Series overview for GET CHRISTIE LOVE! and introduction to the episode guide at this link.


After being tailed back to his house by Detectives Love and Caruso, mobster Johnny Morris ends up murdered in his swimming pool once he's away from the watchful eye of the surveillance van.  Morris was handling millions in stolen bonds for money launderer Tom Holland, and after initial investigation reveals that Johnny had been cheating on his wife, Christie Love is assigned to the case.


Journalist George Lennox is allowed to tag along during Christie's investigation while working on his upcoming article on "the female Jackie Robinson of the LAPD".  Christie enjoys bantering with the writer, fully aware of their chemistry--and fully unaware that Lennox is actually moonlighting as the killer she's after.  After Christie discovers that Morris' mistress also perished recently (in a car accident), more of Holland's underlings are added to the body count under mysterious circumstances. 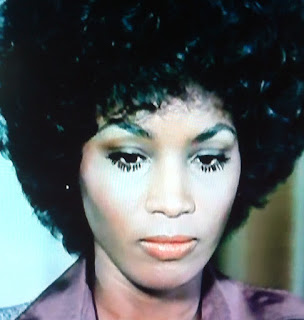 A month before the series premiered, Graves told the Lakeland Ledger that GET CHRISTIE LOVE! would be "more like a Columbo than a Mannix".  Fatal Image partly realizes that ambition: the murderer is identified before the cold open fades, and Detective Love spends three full acts asking questions before she flips a single interviewee.  Director Richard Compton compensates for an often talky teleplay by frequently drawing the viewer's attention to the attraction bubbling under the chaste flirtation between Christie and Lennox throughout. 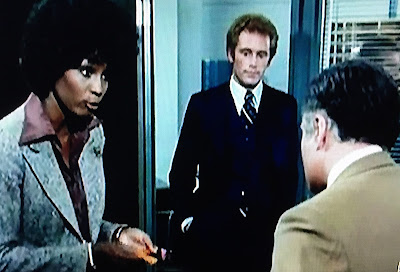 Chemistry between Graves and Jared Martin is considerably more convincing than that between the star and much older (and gruffer) Harry Guardino in the show's pilot.  Neither hints at being unprofessional, but the mutual admiration is palpable throughout the first three acts of Fatal Image.  Their playful banter provides the Alexander/Earl script with plenty of zip, though the exploration of Love's background unfortunately brings out a cliche or two--were all television law officers "mischievous kids saved from trouble" by a cop mentor back in the day?  Sure seems like it. 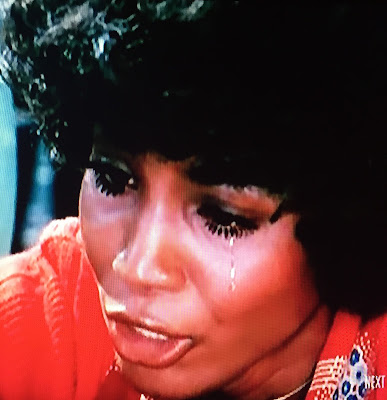 Refreshingly, a situation that seems ready-made for making Detective Love either a damsel in distress or a superwoman takes neither route.  She solves the mystery through good old fashioned questioning, with only one brief skirmish with Lawson (SUGAR HILL) along the way.  True, Christie's fellow detectives are almost nonexistent between the slide showing early and the finale, and Detective Love requires no help to free herself from brief capitivity.  She's still the first to acknowledge her shortcomings afterward: solving the puzzle sooner would have stopped additional carnage, and she did allow the murderer to get the drop on her at a critical point.

Compton mainly handled features (MACON COUNTY LINE and its sequel) throughout the 1970's; in fact, Fatal Image was his only foray into episodic TV of the entire decade, and it's an impressive one.  One might have guessed then that Compton would become one of the go-to directors of prime time crime in the Eighties (most frequently on THE EQUALIZER and MIAMI VICE).  The nighttime dropoff via helicopter and the construction site visit are both well staged; judicious use of inserts hints at the big reveal in the fourth act without giving too much away. 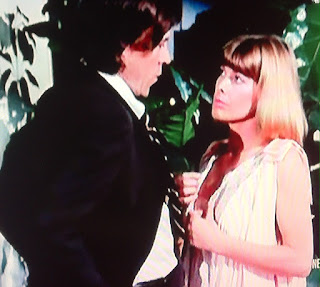 The one real flaw in Fatal Image has to do with that revelation about George, as he just doesn't look the part.  That said, it isn't completely unconvincing--that it works as well as it does is a tribute to Jared Martin's charismatic, intense performance.  Martin gives his all, subtly but noticeably changing both voice and personality and passionately defending his actions after Christie figures out his secret(s). 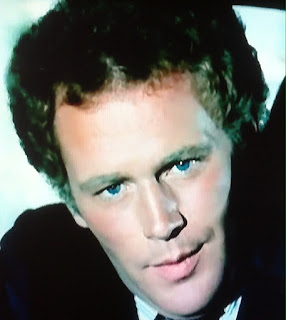 The efforts of Martin, Compton and Graves elevate this installment.  Watch for Max Gail (soon to score his signature role on BARNEY MILLER) and character actor extraordinaire Vito Scotti, who as usual leaves an impression in his scene as the faintly flamboyant clothing designer who employed Morris' modeling mistress. 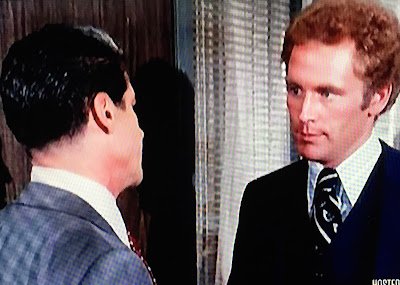 Only two "Sugars", both directed at Allen after his initial lack of cooperation.  Seems to be a rule: the stronger scripts don't need as many catchphrases. 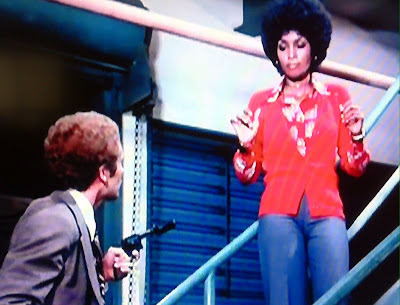 Putting a crime drama with a sexy lead on at 10 PM without a lot of violence or skimpy outfits was no small challenge, but to David L. Wolper's credit, he found ways to adjust.  In this episode, it's the intriguing relationship between Christie and her suspect.  Also helping a great deal: enough background information on the latter to explain both his resourcefulness and the emotional damage he's suffered.  Martin's intensity helps the suspension of disbelief immensely and Compton effectively handles a somewhat talky script.  Christie's colleagues are given less to do than usual, but Fatal Image is entertaining on repeat viewings despite its imperfections. (*** out of four)