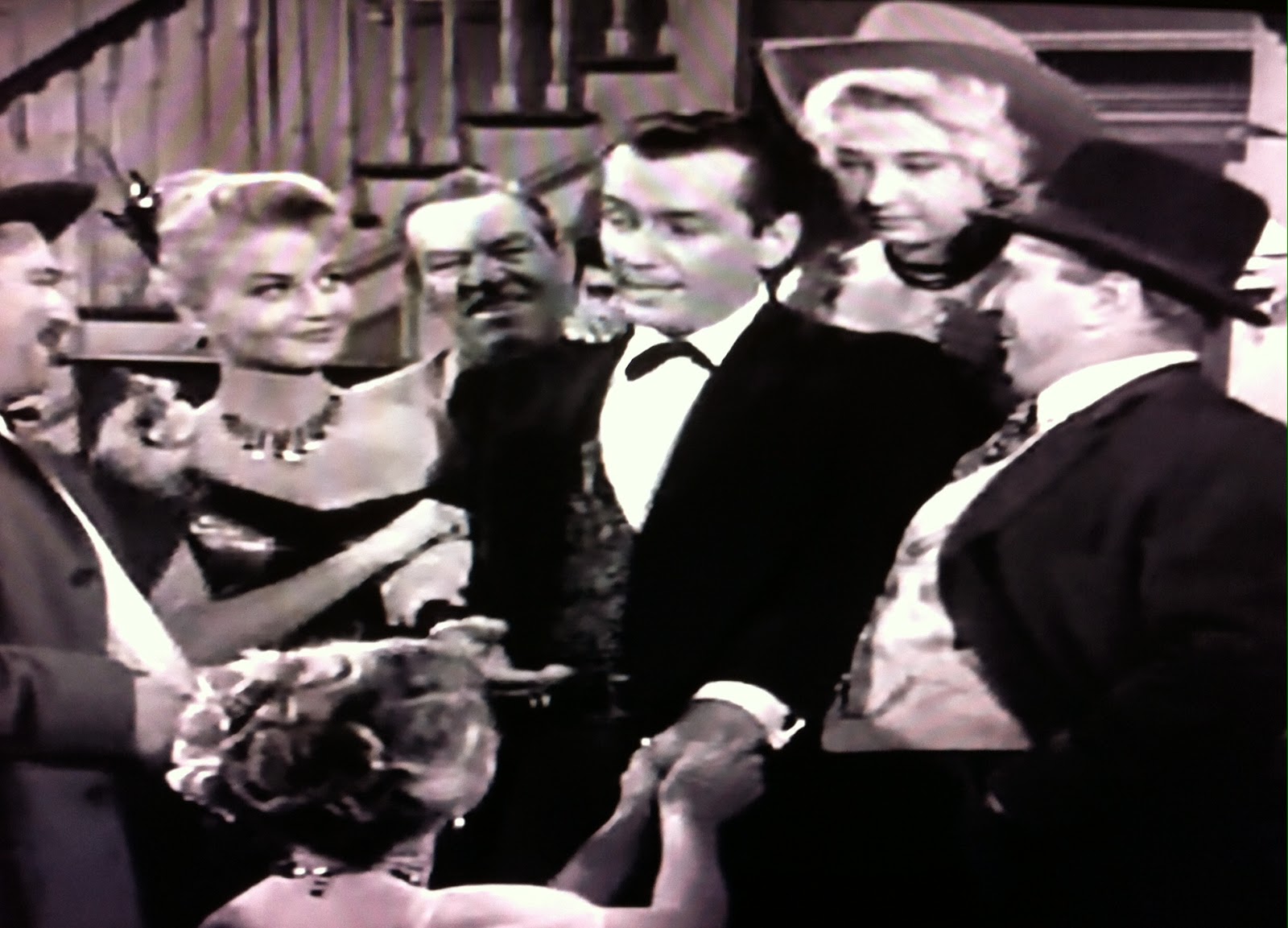 Bart Maverick arrives in town just a week ahead of the election, in which Cosgrove and Greeley are competing for a seat in the state Senate.  During a much anticipated debate, Maverick impulsively thwarts a would-be assassin.  This makes the newcomer an instant hero, one who ends up recruited to take the wounded Mr. Greeley's place on the ballot after the candidate is sidelined by doctor's orders.  If you've seen one MAVERICK, you know what Bart's answer will be.  However, after Greeley's stunning daughter coaxes him (and he learns that the state capital is full of Senators playing high stakes poker--badly), Bart goes against his initial instinct and agrees to run. 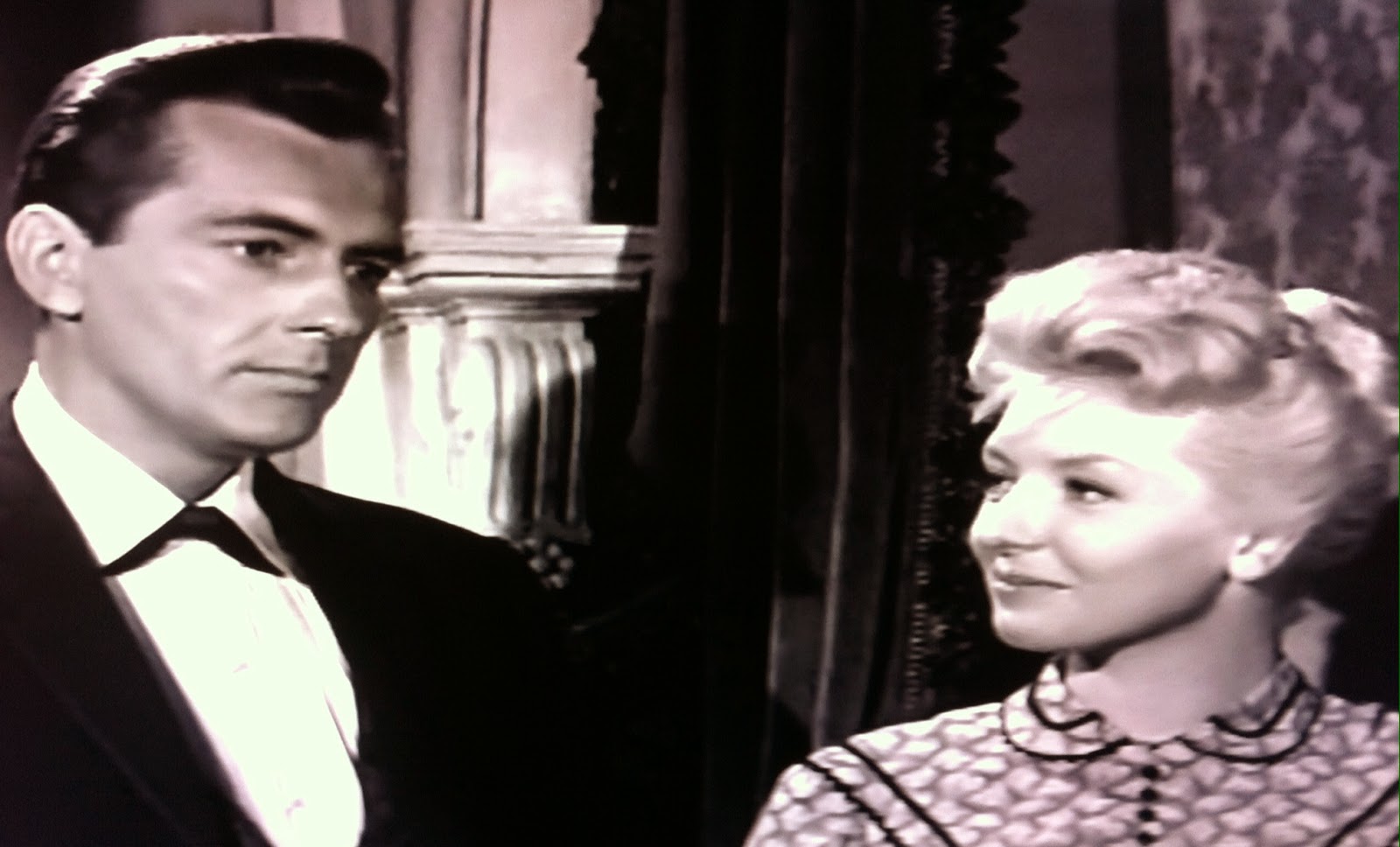 It isn't long before Maverick regrets ignoring his gut.  He's replacing Greeley on the Reform Party ticket, which means that gambling, smoking and romance with pretty Penelope are all out of the question.  In addition, Bart finds himself next in line for assassination once he becomes Cosgrove's latest obstacle for the seat.  Told in no uncertain terms that his life is on the line, "Honest Bart Maverick" tries to throw the election, only to find that he can't lose for winning. 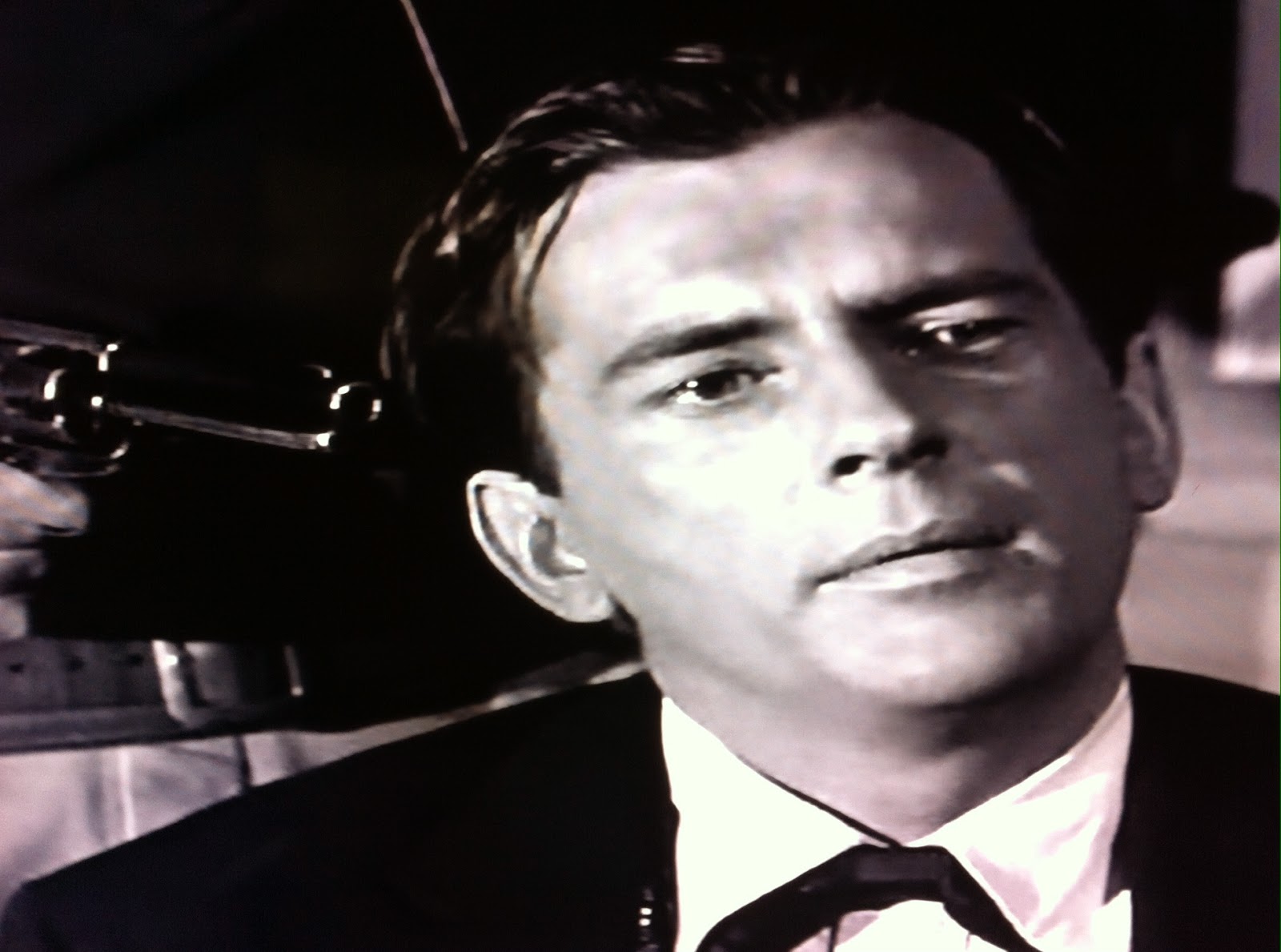 James Garner later turned down efforts to recruit him to run for congress (in 1962) and governor of California (in 1990), so it isn't surprising that he declined a campaign on MAVERICK as well, passing the script for The People's Friend on to Kelly.   Life would later imitate art for brother Bart: Kelly was later elected mayor of Huntington Beach, CA in 1983 (using the slogan "Let Maverick solve your problems!"). With all due respect to Garner, the benefit of hindsight makes it clear that Kelly was the better choice for The People's Friend.  While Bret and Bart were equally reluctant heroes, Bart always appeared much more comfortable with extroverted glad-handing and public oratory--his Bizarro World speech to the Ladies' Aid Society in A Tale of Three Cities (also co-written by Wright) was one of Kelly's finest comedic moments.  Bart's sly address here is a drier display of humor, but no less effective. 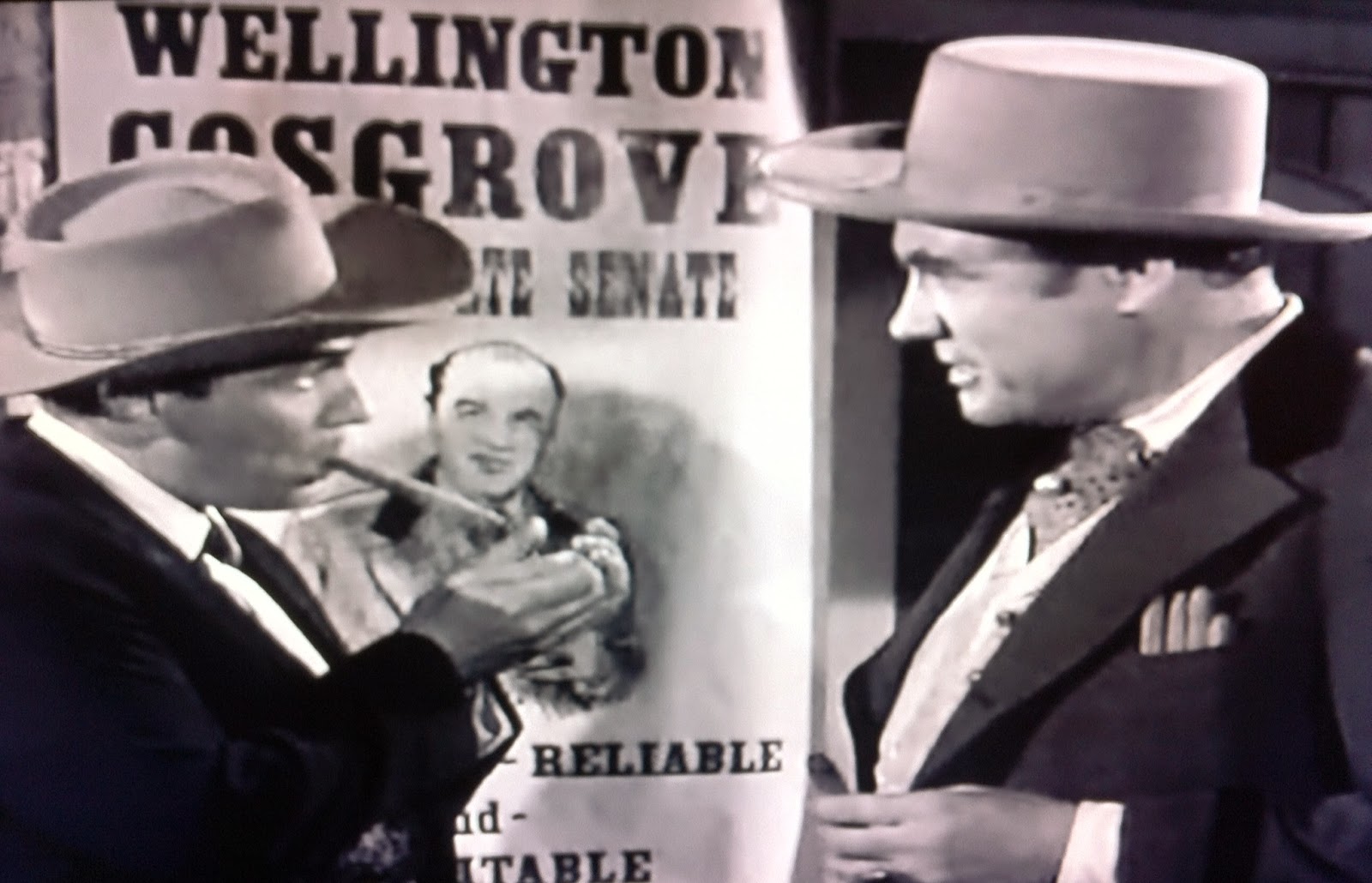 While Jack Kelly's transition to political success went smoothly, Bart Maverick spends the majority of The People's Friend trying to lose the upcoming election.  Even when briefly campaigning for real, he's decidedly unconventional: making veiled references to his poker skill during the debate and drawing a mustache on his rival's poster (in front of the Sheriff, no less).  It seems unlikely that there was any satirical intent involved with making Maverick "the lesser of two evils" in the contest, but intriguingly, a few days in the Reform Party appears to have briefly rubbed off on the traveling rogue in the end.  Bart surprisingly passes up a chance to finally sit down and play poker, instead opting to go for a nighttime ride with the lovely Ms. Greeley.

Since she's played by Merry Anders, Bart's decision is understandable.  The People's Friend was the first of four MAVERICKs for the blonde beauty.  While it was Anders' first installment, it was the third and final episode for veteran character actor John Litel (playing good guy Greeley).  Litel was previously seen in The Thirty-Ninth Star, which also placed Bart in the middle of a dangerous political feud.  Longtime heavy R. G. Armstrong makes a solid Cosgrove, appropriately charismatic in the public eye and menacing out of it. 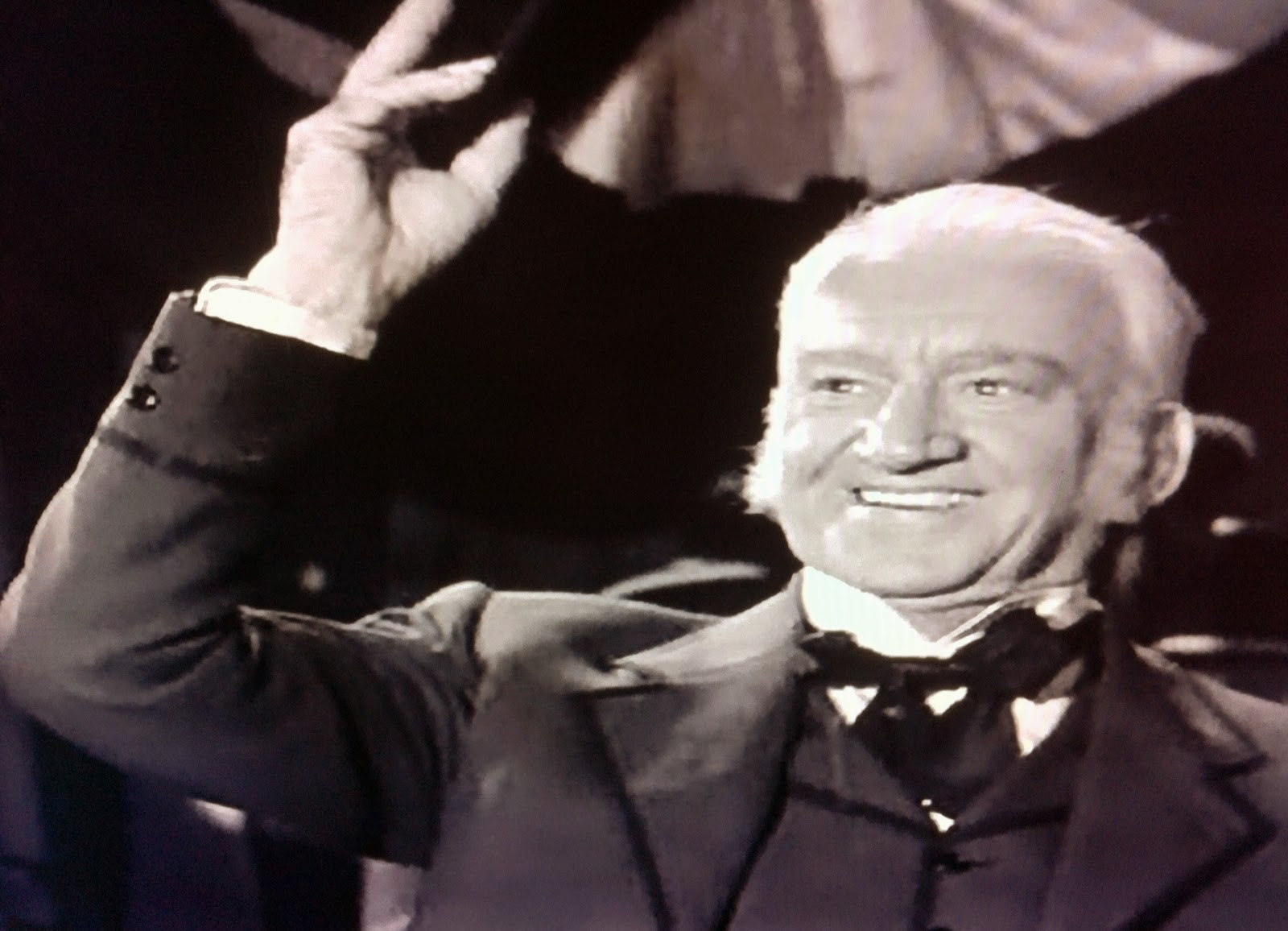 The third season was arguably Kelly's finest, and he's given plenty of opportunities here to try his hand at the put-upon exasperation that was Garner's stock-in-trade.  Aided by Goodwin's expert pacing, Kelly carries this enjoyable installment past a number of nagging questions.  Never mind the eligibility questions for Bart and the town's female voters in the 1870's.  Wouldn't Bart be forced to hold his nose and vote for Cosgrove, since Greeley's Reform Party platform calls for the (unnamed) state to ban on all forms of gambling, poker included?

He picked up the antes uncontested in his first hand, a disappointing outcome considering he was dealt a pat royal flush.  Oh well, poker probability suggests it's only 649,699 hands until the next one, Bart. 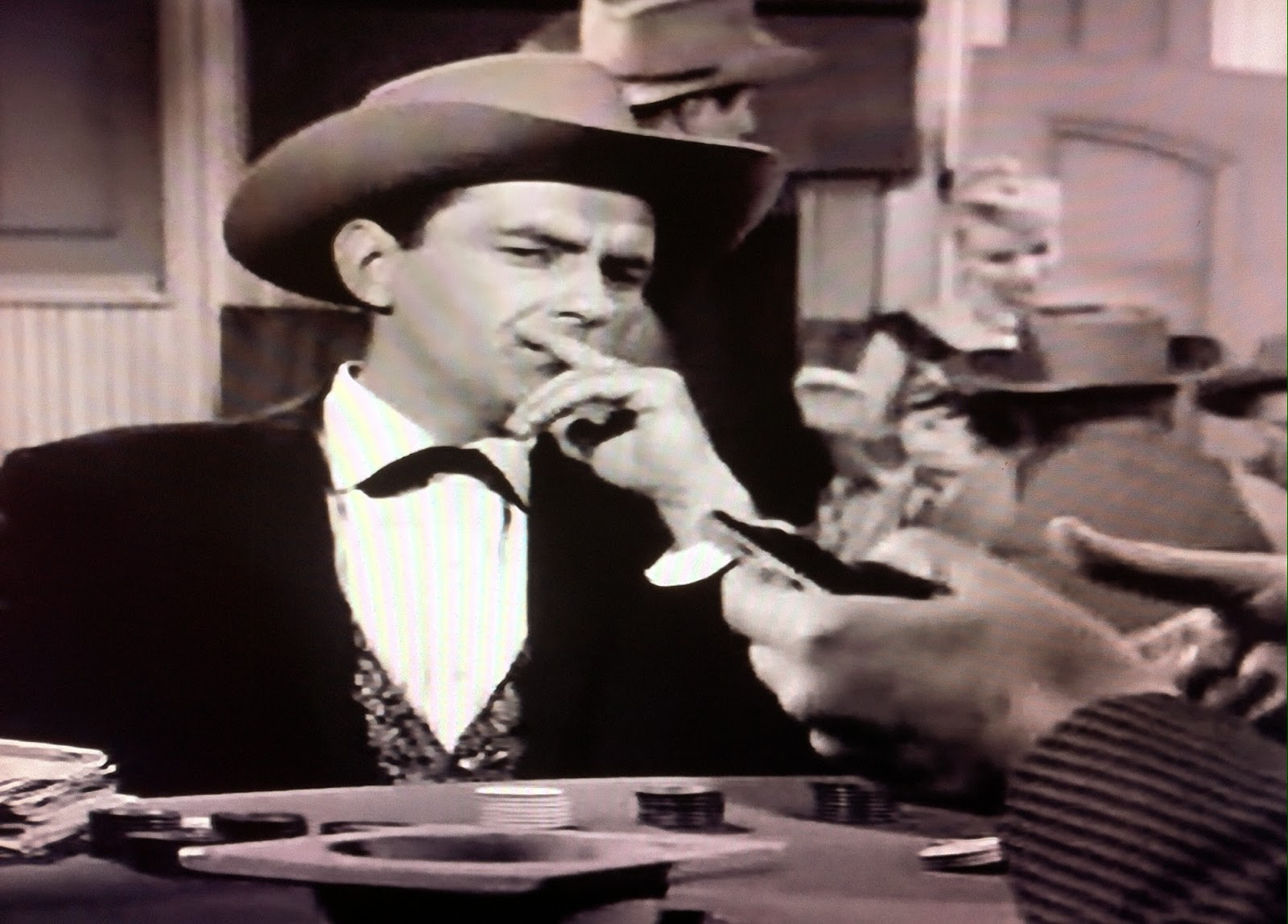 Not one pearl from Pappy this time.  That makes all the sense in the world, since he would have to comment on politics.  I can't recall ever hearing Pappy opine on religion either, the other topic guaranteed to create the kind of conflict that he taught his boys to avoid.

Many fans feel The People's Friend is Kelly's finest solo effort.  That's debatable, but there's no denying that it's a perfect fit for brother Bart.  Granted, the setup requiring his run for office is more than a little contrived.  Maverick has only been in town for a day, bringing his eligibility to run or even vote into question.  So while The People's Friend is no biting political satire, it is a breezy romp with lots of smiles emerging from yet another typically "hopeless, but not serious" MAVERICK situation.  Probably Goodwin's second best episode behind A Fellow's Brother, The People's Friend is consistently amusing and engaging.  (*** out of four)

MAVERICK currently airs daily at 1 PM Central/2 PM Eastern without commercial interruption on Encore Westerns, and at 10 AM Central/11 AM Eastern on COZI TV.