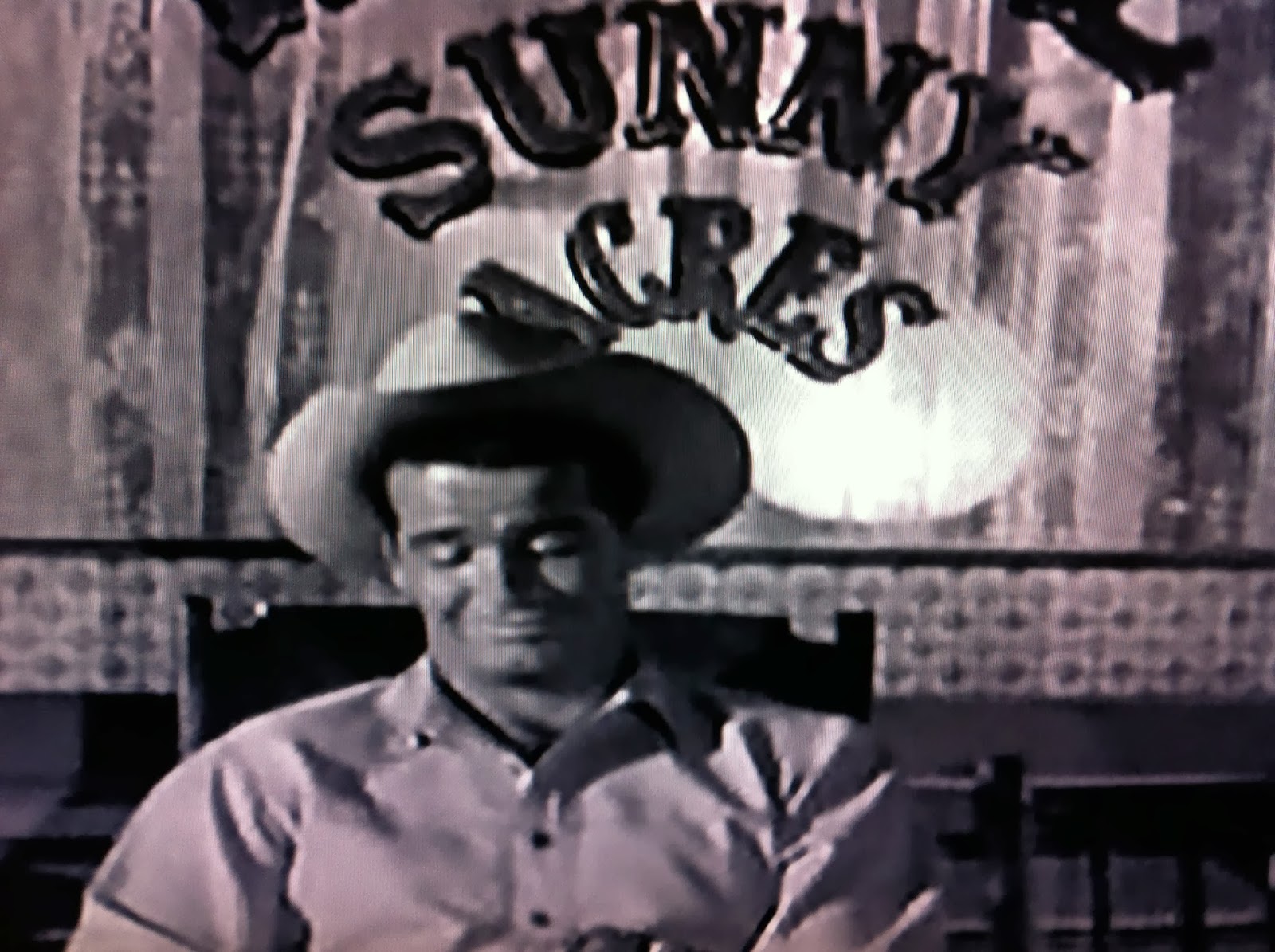 After a long and successful poker game in Sunny Acres, Bret Maverick walks away with $15,000 cash in the middle of the night.  Uneasy with having this much cash in his hotel room and seeing Bates working late at the bank, he convinces the banker to accept a late night deposit.  The next day, Bates denies ever meeting Maverick before or ever accepting any after hours business, and points out that Bret's receipt is not on official stationary and the signature on it isn't his.  With steely eyes, Bret tells Bates (in front of partner Granville and the other bank employees): "You owe me $15,000.  And before I leave Sunny Acres, you're going to give it to me." 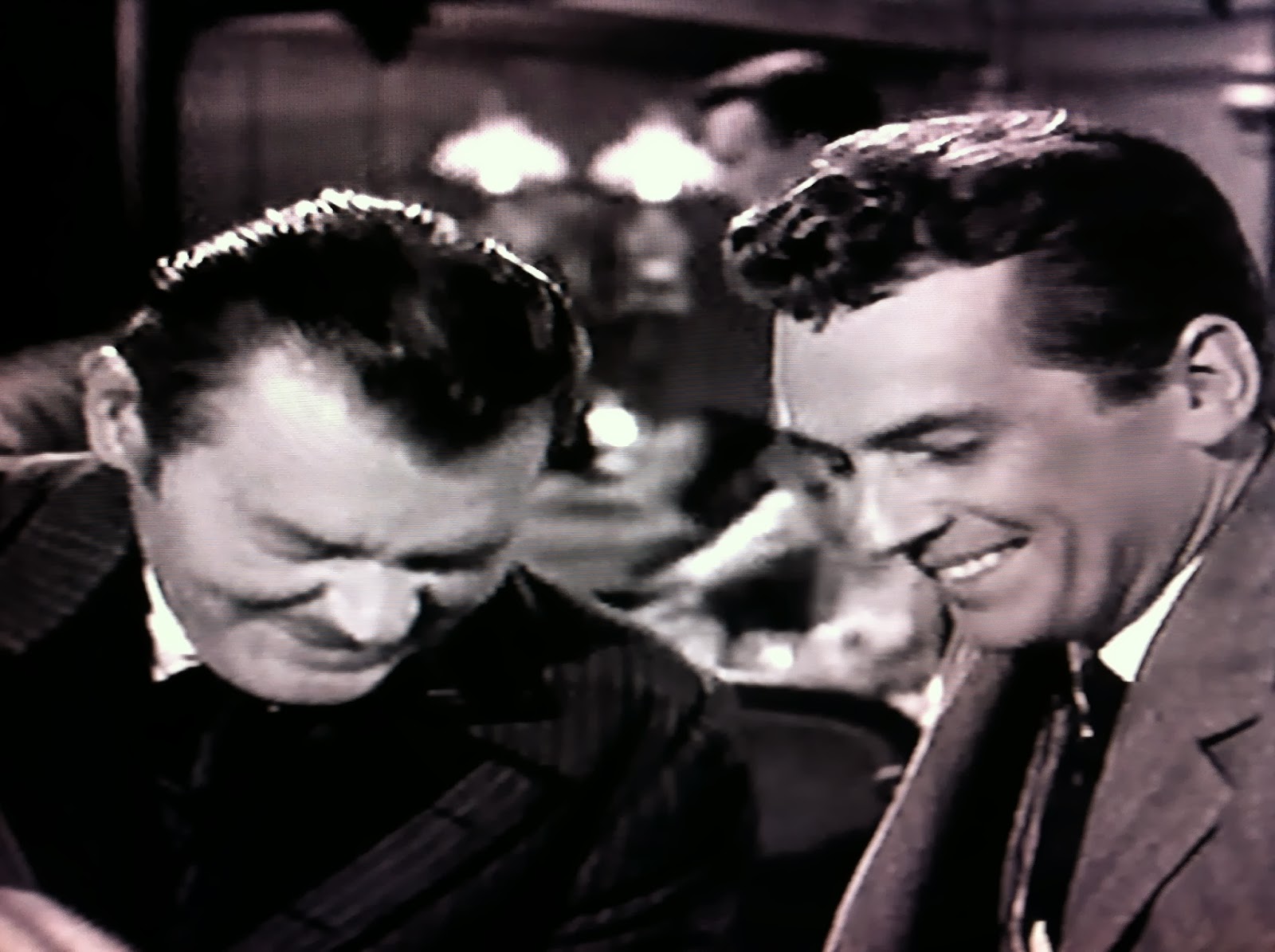 Bret rents a room at the boarding house or two weeks, and spends the next few days sitting in front of it, whittling.  "I'm workin' on it!" he declares to the baffled but amused townspeople.  Meanwhile, "Bartlett J. Mansfield", a dead ringer for brother Bart, rides into town and makes it known he's interested in the local mill, currently in foreclosure by Bates' bank.....

Yeah, I'm starting MAVERICK Mondays with perhaps the most beloved and famous episode, but as entertaining as Shady Deal at Sunny Acres is, it isn't an ideal introduction to the series.  With two of the titular shady deals to unfold and only fifty minutes to do so, there's no time for introductions, and this episode works best if you're already familiar with the friends (McComb, Darby) and foes (Crawford, Buckley) who come together to assist the Maverick brothers in the complicated "sting" that ensues.

For example, one has to have seen his prior appearances to fully appreciate Dandy Jim Buckley's participation. It's clearly for the best that Bart is the intermediary with Dandy Jim, who seemed a genuine friend to the younger Maverick brother in High Card Hangs.  Buckley works seamlessly with Bart: it's doubtful the scheme would have worked as well with Bret and Bart switching roles, since The Jail at Junction Flats made it clear that the elder Maverick has a much more antagonistic relationship with the sophisticated con artist.  Not that it's that hard to understand why Jim and Samantha would be willing to help (beyond their cut of the action).  Again, those familiar with these rival con artists know their point of view: it's OK if we get the best of Bret, but a man taking advantage of his official capacity at a bank to steal hard earned poker winnings?  Well, that's hitting below the belt.


Like any good poker player, Bret uses the appearance of his constant surveillance across the street from the bank and gets inside Bates' head.  While doing so, he picks up every tidbit of information from the locals and concocts just the kind of characters it will take to bring Bates down: worldly financiers who have access to the kind of million dollar opportunities that Bates, a big fish in a small pond, can only dream about.  He also correctly surmises Bates is overconfident and ripe for a fall after achieving his long-awaited goal: taking sole ownership of the bank with his $15,000 "windfall".  Most of all, Bret knows that you don't bluff a calling station, and the fact that Bates is shrewd and formidable makes him the perfect target for this particular deception. 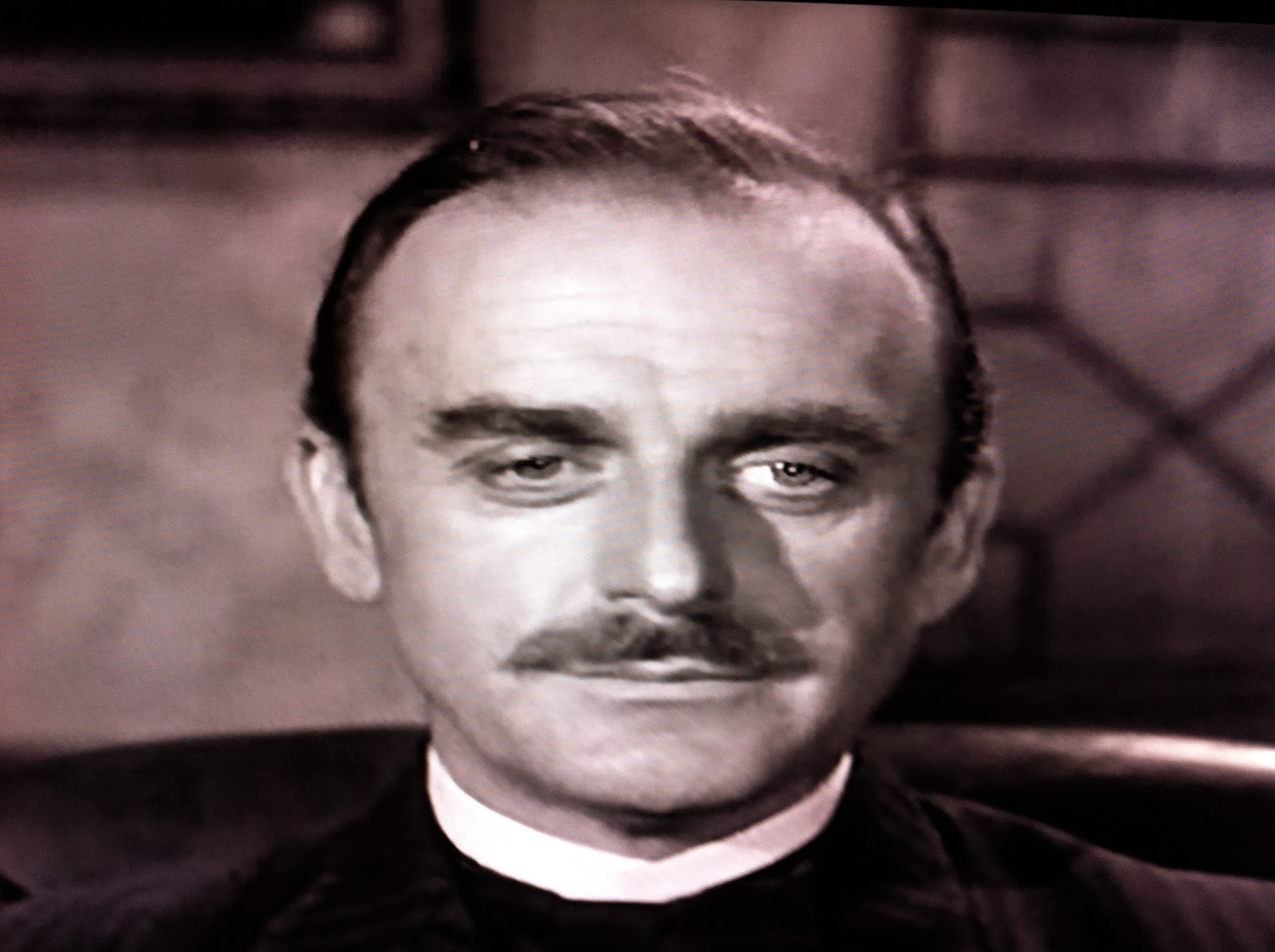 Ironically, Bates is also done in by the same lack of home field advantage that he used against Bret.  No one will believe the transient gambler's word against the upstanding local banker in Sunny Acres.  "If you can't trust your banker, who can you trust?"  Bret and Bart are crafty enough to move the action to Denver, where Bates' lack of familiarity with the truly big financial players proves to be his fatal flaw.

John Dehner made a living playing droll con men, and he's right up there with Raymond Bailey and Charles Lane as your quintessential "greedy bankers" of the era.  With his stenorious voice and 6'2" height, he's a great foil.  This was the first of five MAVERICK's for this great character actor, and we'll be seeing him on F TROOP Fridays later on as well. 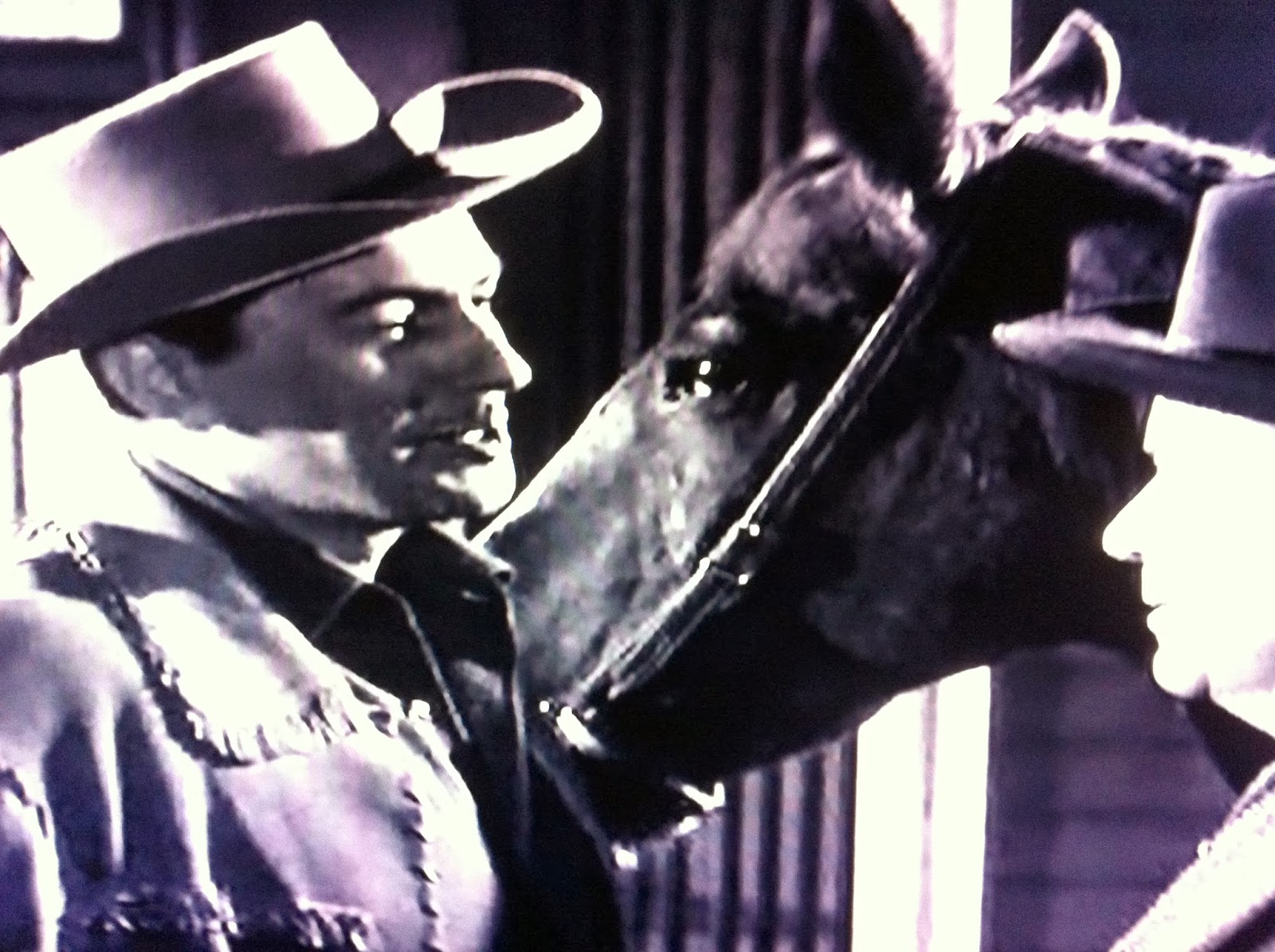 Surprisingly, Kelly has the lion's share of the screen time during this Maverick brothers team-up.  He and Garner share no dialogue together (only a great take from Kelly after one of Garner's wise old sayings from "Pappy"), another oddity.  Heyes deftly handles the intricate plot, managing to keep you from thinking too much about some of Bates' lapses in judgement (or the geography of Sunny Acres, which is apparently not that far from Denver).  While Garner has a lot less screen time than you'd expect, it's his effortless comedic skill that you'll remember most of all: the image of him whittling in his rocking chair, "workin' on it" is the first thing many fans think of when they recall MAVERICK.

Bart has to forego the tables to help Bret get his winnings back, but Bret did win $15,000 at poker to kick everything into motion.  He got to keep it too--minus the "service fees" to his brother and friends, of course. 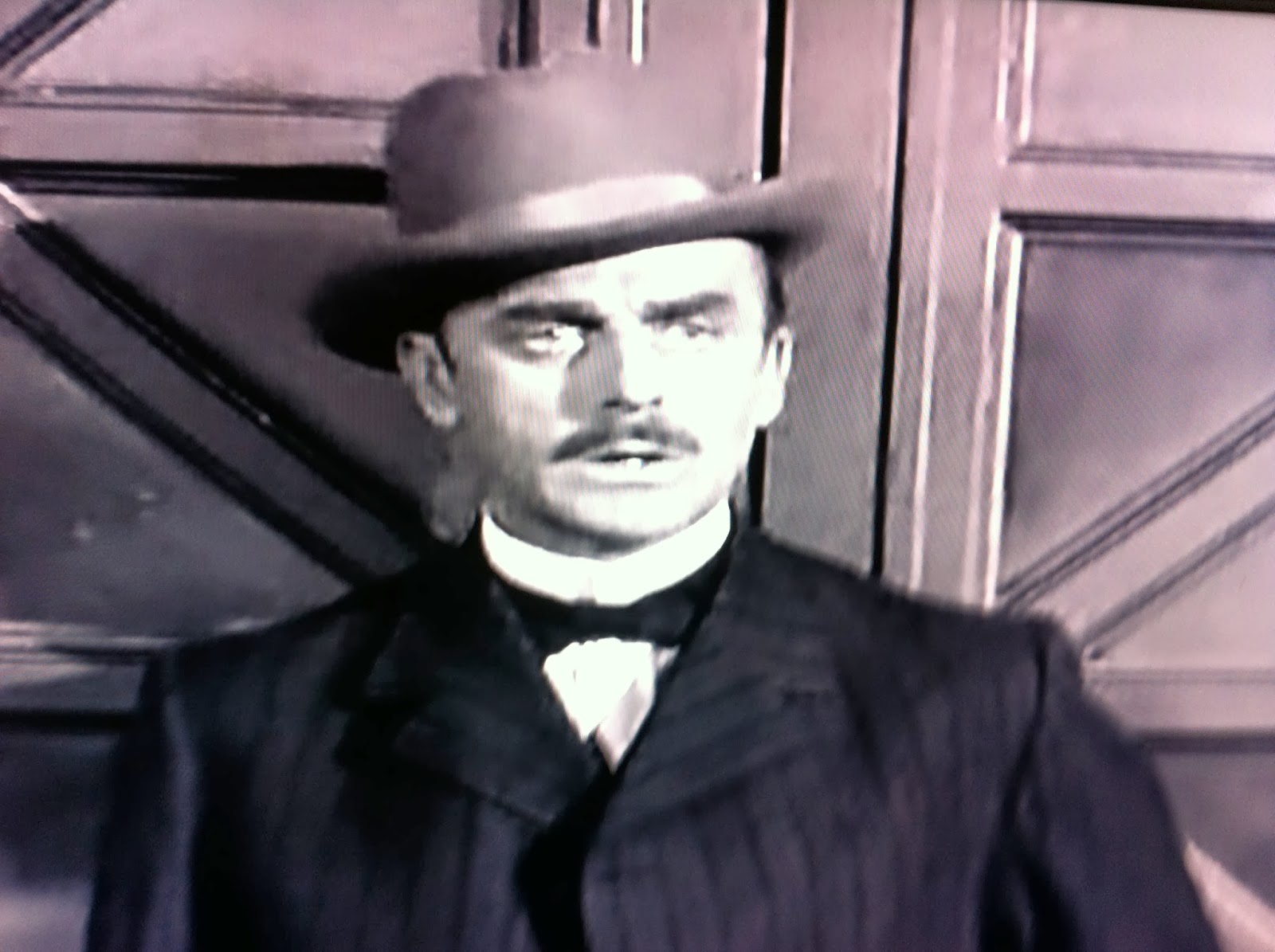 Classic episode that brings this show's gallery of rogues together for the first and only time, and has as many laugh out loud moments as any episode (with the possible exception of Gun-Shy).  While not an ideal introduction, no collection of the Best of MAVERICK---or of TV westerns for that matter---is complete without it.  (**** out of four)