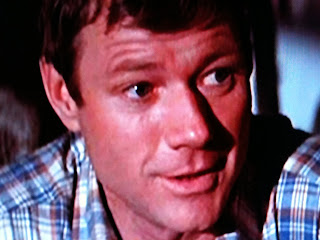 
Harper and Parks are newlyweds relocating to rural northwestern Louisiana (from New Orleans) for Parks' new job at the cotton mill.  Realtor Morrow sells them a house and also takes a shine to the Mrs., but she's faithful to her husband.  She has other things on her mind, anyway: strange behavior from the locals and the rather gruesome history of her home.  Morrow neglected to share the latter with the couple pre-purchase, but wheelchair-bound neighbor Langdon fills in the details.  Parks' job proves to be more time consuming than anticipated.  Meanwhile, Harper begins receiving threatening notes and seeing a hatted stalker. 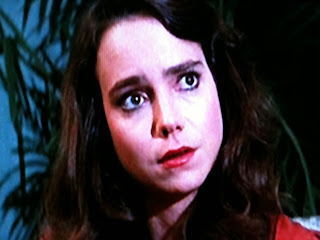 What Louisville was to William Girdler (ABBY, SHEBA BABY), the Texarkana/Shreveport area was to Charles B. Pierce.  The final film (after THE LEGEND OF BOGGY CREEK and THE TOWN THAT DREADED SUNDOWN) of the director's "Texarkana horror trilogy", THE EVICTORS is the most fully realized of the three.  Pierce (who got his start in movies as a set director) again skillfully creates a proper atmosphere, but corrects some distracting errors from his prior works this time out. 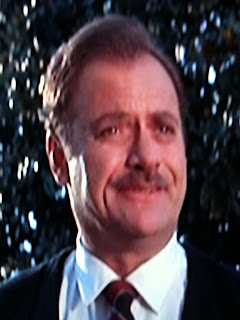 The cheesy songs that hindered BOGGY CREEK are nowhere to be found, replaced by a score from Jaime Mendoza-Nava that enhances THE EVICTORS' tension.  CREEK also had a sluggish pace; THE EVICTORS is methodical, but effective.  Pierce himself stays behind the camera, which helps avoid the awful "comic relief" that marred SUNDOWN.  In fact, THE EVICTORS may boast the director's strongest cast of the decade, with a resplendent Harper in especially fine form.  And fine form. 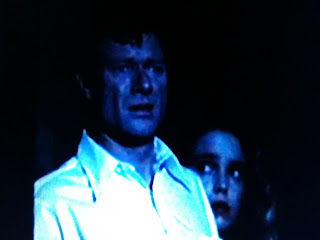 While THE EVICTORS is the best executed of Pierce's "horror" efforts, it was the least successful at the box office by far.  Mainly because a routine haunted house thriller/ghost story just didn't have the built-in audience of a film about "true Bigfoot sightings" or a real-life serial killer who was never caught.  True, we're told this one is based on a true story at the outset, but the claim appears to be as authentic as the one that prefaced MACON COUNTY LINE. 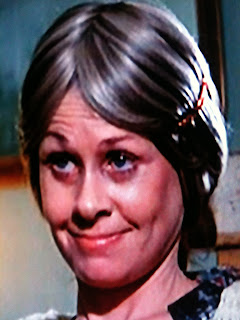 The PG rating tells you THE EVICTORS is considerably less violent than THE TOWN THAT DREADED SUNDOWN, but it is far from a tease, delivering the long-promised goods at its conclusion.  That said, the murderer's identity is easy to solve (putting it kindly) if you've been paying attention.  In fact, Pierce might even deliver too much.  He includes at least one twist too many at the conclusion.  (I mean, twenty years without a prescription change, or at least a replacement?)  Having said that, aficionados of Pierce's other work will likely be happy to discover THE EVICTORS, and it may even impress a few non-fans.

Actually, it is about to be.  On May 21st it will be released in its entireity--as an extra on THE TOWN THAT DREADED SUNDOWN's DVD release (but not the BluRay.  Why?).  Good news, but THE EVICTORS might well be deserving of the headlining spot. 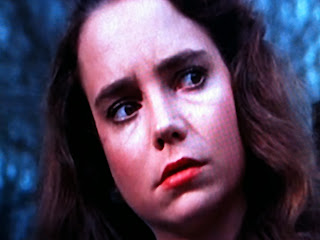 THE EVICTORS is highly enjoyable if you're a fan of Harper or of Pierce's better-known efforts.

If you'd like to look before you leap on the DVD in May, it is streaming on Netflix Instant.
Posted by Hal at 2:26 PM

"Nothing better to do" haha, that's why Friday nights can be the best.

Thanks for reviewing this little gem that I discovered tonight on Netflix. Suspense minus the gore (win!) and the actors did a fairly good job. The wig was a dead giveaway, though--shades of Psycho to me. Did any woman ever actually wear her hair like that?

I was actually hunting for some thoughts on the "based on a true story" claim and I agree with you--it seems very unlikely.