The LEAST Safe for Work Post Ever: 6 from BLOWFLY

WARNING:  THE TITLE IS NOT MISLEADING.  NOT *ONE* SINGLE VIDEO LINKED IN THIS POST IS SAFE FOR WORK.  NOT EVEN CLOSE. 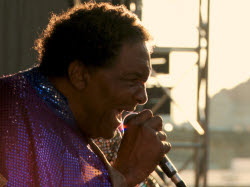 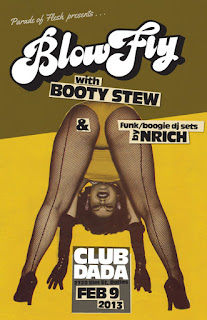 Either occasion gives us a good excuse to look back at some of the best selections from Blowfly's recording career, which now spans nearly a half century.  We previously reviewed the legend's second comeback album of the new millenium, BLOWFLY'S PUNK ROCK PARTY back in 2006.  Here's a half dozen more worth seeking out if you're into dirty jokes, funky music, rampant political incorrectness and over the top, hypersexual supervillainy.  Complete with periodic NSFW video links and album covers (FINAL WARNING!).  Let's proceed: 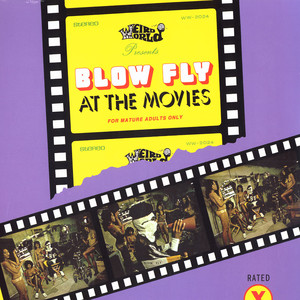 The first half of the Seventies found anywhere from 16 to 25 tracks on a typical Blowfly album, many just a minute or two in length.  Most were song parodies with a common theme, such as the Blowflyization of the Fifties in OLDIES BUT GOODIES or the sights of the nation in BLOWFLY ON TOUR.  While many prefer his WEIRD WORLD OF BLOWFLY debut, my favorite of the bunch is AT THE MOVIES.  Side One contains the classics "Freddy's Dick is Dead" and "Cross 110th Street" which are still part of Blowfly's live show.  In case you're doubting the date I've put on it, the other parodies include "Papa Was a Rollin' Stone", "Back Stabbers" and "Superstition", all hits from 1972 getting the Blowfly treatment.  Assisting Blowfly on all the Weird World releases (through 1981) was a top-notch backing band featuring Jerome Smith and Little Beaver on guitar, Chocolate Perry and Rick Finch on bass, and the Mike Lewis Orchestra providing strings and horns. 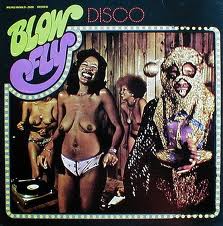 Maybe things were a little more polished by this time, with several songs sounding like they were recorded in more than one take as opposed to the off-the-cuff approach of Blowfly's earliest records, but the professionalism just provided more contrast in my opinion and made things funnier.  The K.C. and the Sunshine Band parody sounds purfunctory, but the rest of the record is hilarious and "Shake Your Ass" remains a standard.  A great introduction to the Weird World, this. 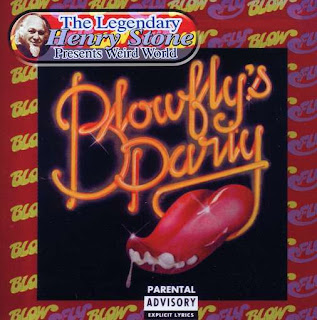 
"Blowfly's Rapp" hinted at the direction that Papa Fly was headed.  He'd done rap songs before, but the transition from full time crooner and occasional rapper would reverse with his Weird World swan song: 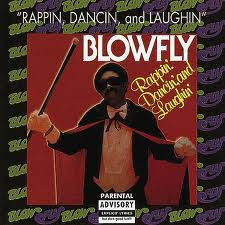 There's a considerable amount of filler here, true: "Insects Theme" is just an instrumental version of "The Incredible Fulk" and "The Word Game" is pretty tame for a Blowfly LP.  But "Convoy", "Fulk" and "Blowfly Vs. Darth Vader" more than make up for this minor inconvenience, and the hidden goodies within include the Man's complete diss of Kurtis Blow, a revised version of the alphabet (after which Blowfly has a spirited dispute with his creator) and, after Mr. Vader is destroyed, a mini-greatest hits of early Blowfly for about 4 1/2 minutes until the music stops.  After a few polished records, the return of the impromptu 'Fly is welcome.


One question lingers from the aformentioned "Fulk":  If the scientist had "tried that shit on frogs and hogs" and "Goddammit, it works", then why wouldn't at least one of those animals subjected to the successful experiments appear at the contest later in the song?  A million dollars ought to entice a lot of farmers, right? 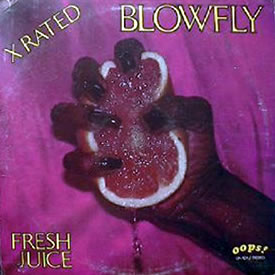 After a two year break, Blowfly returned on Oops! records with a record that many consider to be his masterpiece.  Rap and R&B co-exist in even amounts, with examples of the former finding Blowfly battling "The Vampire That Ate Miami" (a more formidable foe than Darth Vader, who was felled by a similar concoction that Count Fagula merely laughed at) and being elected "The First Black President".   Reid returns to crooning as well, with "I've Got to be Free" being one of his best ballads and "She's Bad" being examples.  And, dare I say, it, some social commentary?  "Business Deal" finds Blowfly reversing the pro-sexual harassment sentiment of 1977's "To Fuck the Boss".  And then there's "That's What your Pussy's Made For", which may be the quintessential Blowfly rap song.  Seven minutes of incredibly over the top, un-PC sentiment that has lost little of its ability to offend thirty years later.  Underneath it all (way underneath) is a cautionary tale about sheltering children, predator adults, absentee parents and birth control.  Or maybe I'm just reading too much into it:


Possibly most offensive to teachers.  The protagonists' instructor does thoroughly improper things after class, and Blowfly rhymes "muscle" with "worser".  At any rate, it opens this album flawlessly and IMO should have won a Grammy for Best Comedy Recording in 1984.  "Eat It"?  Please. 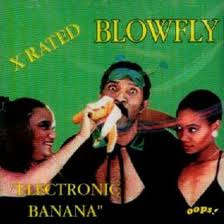 The followup to FRESH JUICE found Papa Fly leaping headlong into the synthesizer era, with keyboards overshadowing all sonically.  The songs were still hilarious, with "The Electronic Pussy Sucker" and "It Takes a Freak" commendably futuristic, and "Fuck the Devil" name checking Jayne Kennedy and Irene Cara in a good way and Redd Foxx and Richard Pryor in less reverential scenarios.  It isn't all rap drenched in keyboards though.  "Gimme That Old 69" is a brilliant Louis Armstrong pastiche (surprising that Reid never did one until '84) and "Rotten Fish" is calypso Blowfly, featuring a fake Jamaican accent to rival the one Pam Grier gave us in COFFY.


While you're acquainting (or reacquainting) yourself with the one and only Blowfly, rest assured we will also be back AT THE MOVIES next post!
Posted by Hal at 9:08 PM