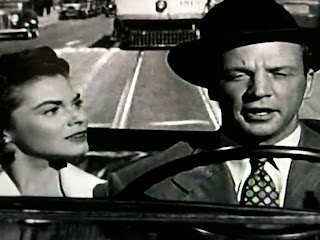 
Dailey is Jerome Dean, poor baseball prodigy with a grade school education who in 1928 has attracted the attention of St. Louis Cardinals' scout Sanders.  The gregarious, brash Dailey is reluctant to start out in the minor leagues but soon glad he did since he meets and courts pretty Dru while in Houston.  Nicknamed "Dizzy" by the chattering opposition, he adopts the moniker in stride.  In rapid succession Dailey gets brother Crenna (as Paul "Daffy" Dean) signed by the Cards, takes Dru as his bride, and gets promoted to the big leagues. Something of a man-child with extraordinary talent, Dailey takes the National League by storm, and often frustrates Dru and manager Randall with his individualism and unrestrained antics.  Dailey and Crenna lead the Cards to a title and the sky is the limit--until an injury cuts the formerly indestructible ace down in his prime.  What's a man with the gift of gab but without a formal education to do after his playing career ends abruptly? 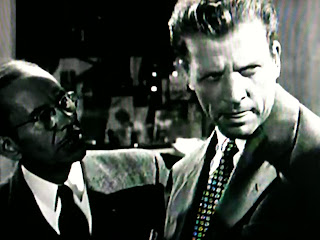 A self-promoter to rival Namath and Ali, "Dizzy" Dean was one of the most colorful characters in baseball history and the most disappointing aspect of THE PRIDE OF ST. LOUIS is how conventional it is.  The final screenplay by the great Herman J. Mankiewicz (CITIZEN KANE), PRIDE OF ST. LOUIS follows the basic template that the writer used to great effect in his 1942 Lou Gehrig bio PRIDE OF THE YANKEES.  However, the structure doesn't transfer well at all.  The introverted, Columbia-educated northerner Gehrig and the boastful, motormouth Arkansan Dean had little in common besides the fact that both were among baseball's best players during the 1930's. 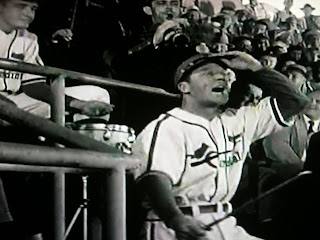 While both careers ended prematurely, only Gehrig's life did: there's a considerable difference between the diagnosis of ALS and a broken toe.  Mankiewicz compensates by spending more time on the pitcher's lows (injury, marital problems, broadcasting protests), but Dean's cocky, rube-like antics in the major leagues are at the heart of his legend.  Leading the Cardinals' band, predicting 45 wins from the Dean Brothers and working in the ticket office are all given mere seconds in a montage, and there's no mention at all of Dizzy literally "using his head" on the basepaths during the 1934 World Series or his famous quote after brother Paul's no-hitter the same year ("If I'd a known, I'd a throwed one too!"). 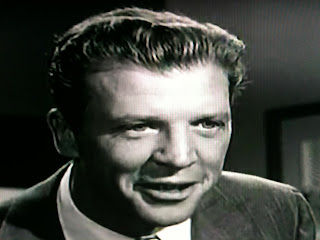 Dailey is the film's biggest asset, giving a clearly well researched performance.  Dailey captures Dean's pitching motion, sense of mischief and language as well as anyone could be expected to, and carries PRIDE OF ST. LOUIS through its conformism.  He brings this man of self-confidence and stubbornness to life and manages to keep this rapscallion likable despite his complete inability to listen.  Dailey's Dean talks at people constantly, not to them--a harmful character flaw in everyday life, but a perfect quality for a career at the mic. 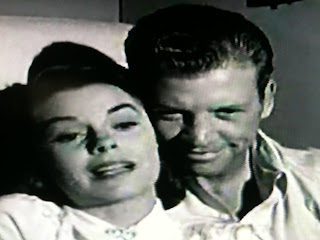 Dru is fine but underutilized as the eternally patient Mrs. Dean: her real life shrewd business management of her husband's interests is also ignored in the screenplay.  Despite this and the other letdowns, Mankiewicz was nominated for an Oscar.  The film was a box office success in 1952 and Dizzy Dean was elected to Cooperstown the following year, so PRIDE OF ST. LOUIS obviously struck a chord.  It isn't a bad film by any means, just an acceptable one that could have been so much more given Dailey's fine work and the wealth of source material on its legendary subject.  At 93 minutes, this one could actually stand to be longer. 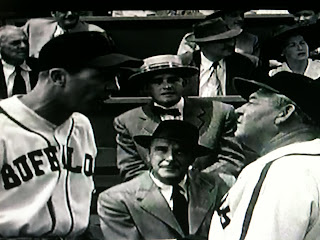 While it may not stick in your memory the way that PRIDE OF THE YANKEES does, this DVD omission is as baffling as one of Dizzy's pitches.  Bios of Jackie Robinson and Monty Stratton from the same era have been out for years now.  Granted, 1948's THE BABE RUTH STORY is still missing, but despite its flaws PRIDE OF ST. LOUIS is much better executed than that legendary fiasco.

Bill James stated in his 2000 Historical Abstract that Dean remained popular because he represented a rural America that "had been a part of who we were" and was missed by the time of his sportscasting peak.  It's a good point, but one could also say Dean was ahead of his time.  Thirty years after Dean, Joe Namath, Muhammed Ali and Reggie Jackson were following in Dizzy's footsteps: making boasts, backing them up and being very quotable while doing it.  That is reason enough to rediscover this almost forgotten film bio.

Also in need of rediscovery is star Dan Dailey, a talented actor somewhat overlooked by modern audiences.   Best known for musical roles and as Betty Grable's favorite co-star, Dailey (who was Oscar-nominated for Best Actor in 1948's WHEN MY BABY SMILES AT ME) shows off another side of his talent here.  THE PRIDE OF ST. LOUIS turns up occasionally on Fox Movie Channel.

Hal, I had no idea this wasn't on DVD! As a lifelong St. Louis Cardinals fan, I've always enjoyed the movie. You're right...it doesn't rank with the best baseball pictures, but Dailey is good and Dizzy Dean certainly was a character.

You're right, Dailey needs to be better known - he was a talented all-rounder (acting, singing, dancing) and had a great physical presence onscreen. I saw this film many years ago; it doesn't seem to turn up frequently on tv/cable, which maybe why there hasn't been a DVD yet.