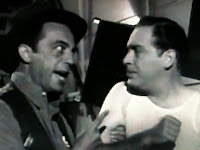 
Agent Gough attempts to discourage an aspiring young comic by telling him client Berle's story.  Berle is a brash, energetic comic whose ambition leads him to hog the stage and steal the material of others.  While Gough struggles to get Berle better bookings, the comedian takes a shine to Roman and tries to resurrect her parents' (Hale and Hayes) old vaudeville act.  Given a shot as a single, Berle drops the act, lying to Roman in the process ("it's a lead!").  He is shown the error of his ways by veteran comic Lahr and gets a lesson in opportunism from Lahr's wife Mayo.  Is it too late to patch things up with Roman, the sweet girl he left behind? 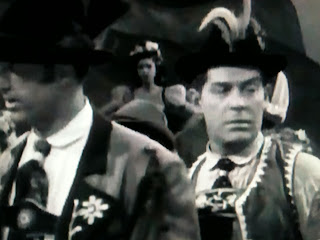 In Berle's sole attempt to transfer his wild TEXACO STAR THEATRE success to the big screen during his TV peak, the comedian had considerable creative control--few performers in any medium were hotter in 1949.  The end result?  Uncle Miltie is in almost every scene and he turns ALWAYS LEAVE THEM LAUGHING into a fascinating rebuttal to his detractors, the columnists and fellow performers who nicknamed him the "Thief of Badgags".  The LAUGHING Berle acknowledges that he once used the jokes of others out of insecurity, but only became a success after he rejected that approach and developed his own original act.  Joke theft, he maintains, had nothing to do with him attaining "Mr. Television" status: if anything, it was a hindrance and kept him from breaking through sooner. 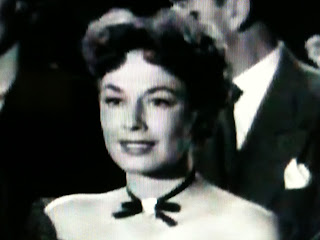 The old school routines are made to order for longtime hoofers Berle and Lahr, and the underrated Roman never looked (or danced) better.  A little of Uncle Miltie can sometimes go a long way, which is why he was most effective in well directed ensembles like IT'S A MAD MAD MAD MAD WORLD and WHO'S MINDING THE MINT?  To be fair, Berle's hammy moments onstage can be forgiven as befitting this character.  He's less convincing in dramatic moments offstage, nowhere near as nuanced as he'd become later when he received good reviews for serious turns in LEPKE (1975) and THE OSCAR (1966).  In the latter, Berle probably gave the only performance that was well reviewed!


ALWAYS LEAVE THEM LAUGHING is a tad long at 116 minutes, and the film didn't leave much of an impression at the box office in late 1949.  Berle went back to being television's first superstar; it would be fourteen years until his next feature (the aforementioned MAD MAD WORLD) and he never again received top billing on the big screen.  For that reason alone ALWAYS LEAVE THEM LAUGHING is worth a look, and with Lahr and Berle onstage frequently the film is packed with moments to watch for if you're a vaudeville fan.  Mayo and Roman both hold their own onstage with the comics, Wally Vernon plays himself, and if you watch closely, you'll see Sid Melton and Mary Castle (both uncredited). 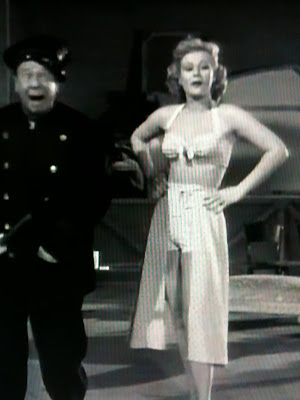 Warners pretty much buried it for a long time after its box office failure, and it isn't helped by the inclusion of about a minute of blackface during an Al Jolson parody (Berle is booed offstage, at least).  Mercifully, it's brief, and I realize this is told in flashback, but still...in a 1949 film? 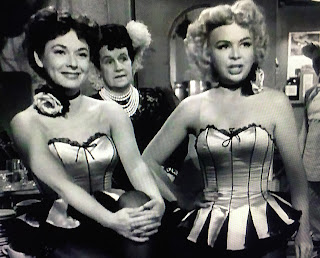 Some classic vaudeville chestnuts, and your one chance to see Milton Berle carrying a film.  Ruth Roman (STRANGERS ON A TRAIN, THE BABY) never looked more ravishing.  For some reason, Warner Archive hasn't gotten around to ALWAYS LEAVE THEM LAUGHING yet, but one would hope it happens eventually.  For now, it occasionally turns up on TCM. 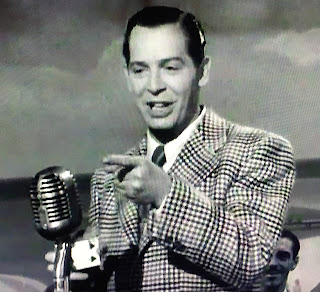 Sounds like a prime candidate for a Warner Archive release.

Hal, found you through the Classic TV Blog Assoc. Do you know I've heard of thsi movie, but never saw?! I love vaudeville, Berle -- I've got to correct this error! I wonder if it is ever shown on TCM or some other channel? I'm a member of the CMBA, a rabid classic film lover, and this sounds like a hole in my movie bucket that needs repair!

Thanks for reading, Becky! I love watching those old routines too--I am probably F TROOP's biggest fan, and vaudeville never loomed larger on the small screen than it did there. :) You get a lot more Berle here than you get in any other feature, that's for sure! TCM airs this every so often, and in fact that is the channel I DVR'd it from. Worth looking out for the next showing.

I'll be brief. I Ioathe Berle. Fred Allen did too. I'm in excellent company.

Not sure if you'll see this but the movie was just on TCM last week. I'd check TCM on demand so you can watch.