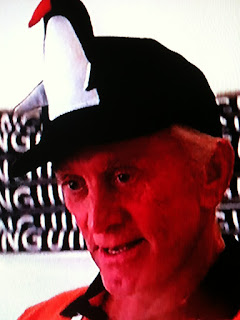 
Lancaster and Douglas are the masterminds of "America's last train robbery", finally paroled after finishing a 30 year sentence.  Lancaster is over the state's mandatory retirement age and starstruck parole officer Carvey has a nursing home residency lined up for him.  Douglas, not yet seventy, goes back to work and "dresses like Bozo the Clown tryin' to fit in", scoring a date with aerobics instructor Fluegel in the process.  Deciding they just aren't cut out for going straight or being put out to pasture, they choose to rob the still running train from their youth and "do it right this time"--unaware that cop Durning has had them under surveillance, expecting them to do just that. 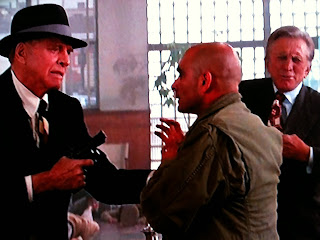 Veteran tough guys grayed the action genre frequently in 1986.  Charles Bronson (MURPHY'S LAW) and Lee Marvin (THE DELTA FORCE) still got their names above the title, and even Forrest Tucker headlined a last hurrah (THUNDER RUN).  But despite the title and advertising proclaiming it "the action comedy of the Fall", TOUGH GUYS is weighted much more heavily towards the latter half of that equation. 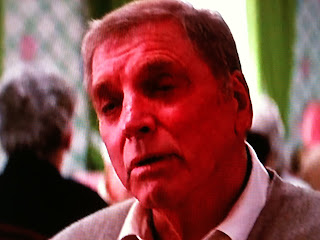 Not that the leads aren't game for he-man feats.  In fact, the biggest problem is that Lancaster and Douglas are never seriously challenged.  Whether the two unarmed senior citizens are subduing gun-wielding bank robbers or punching out half a dozen gang members with knives, they dispatch all opposition with less difficulty than the young Steven Seagal.   Proving he's an equal opportunity ass kicker, Douglas also finishes Durning off with a single punch. 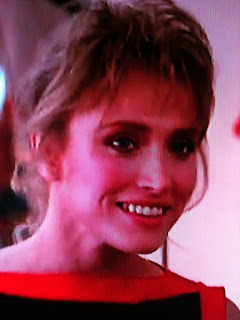 If beating up men old enough to be their grandsons (with nary a scratch in return) isn't enough for you, Douglas picks up the twentyish Fluegel at the gym within minutes of his arrival (she just gives him her number after a single joke) and makes love to her that same night.  Charles Bronson got more resistance from Deborah Raffin in DEATH WISH 3.  Then again, even Mr. Kersey didn't dare to show off his bare chest at 71 like Douglas does.  Hell, he's pumping iron in his cell in the opening scene.

Witnessing the oldsters pulling off one superhuman feat after another, you can't help but wonder how they got caught in the first place.  Or how that prison managed to hold them for thirty years.  The two stars amiably stroll through it all, which undermines the poignancy Kamen was obviously aiming for by opening the film with Kenny Rogers' "They Don't Make 'Em Like They Used To" (which was nominated for a Golden Globe). 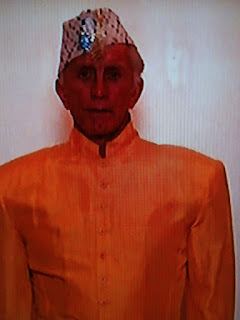 When Lancaster badgers Jake Steinfeld for "real food" he could just as easily be talking to screenwriters James Orr and Jim Cruickshank.  TOUGH GUYS' biggest flaw is that lack of tension.  It's a buddy comedy without any witty banter or sense of competition between its heavyweight stars, which is a real shame because both certainly seem game for challenging material.  Douglas is in remarkable shape for his age and gets the bigger (if far more obvious) chuckles with his crash courses in Eighties fashion and slam dancing (to the Red Hot Chili Peppers!).  For his part, Lancaster gets a more age appropriate romance with Smith as he longs to do something productive. 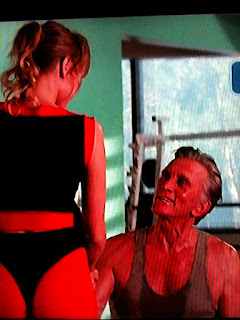 GOING IN STYLE (1979) covered much of the same territory with more resonance and bigger laughs.  That film compensated for its plotholes with touching humor driven by the characters' vulnerabilities and a slow-developing caper to go with the charm of its venerable stars.  By comparison, TOUGH GUYS never rises above the level of agreeable time filler, coasting on the chemistry between the two leads in their seventh and final screen collaboration.  Eli Wallach provides strong support, stealing several scenes as a nearsighted hit man with pride in his work that is undiminished by the passing of three decades. 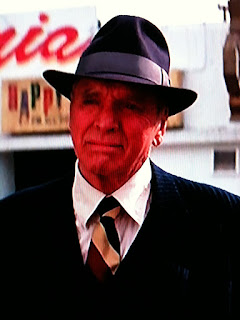 TOUGH GUYS isn't exactly a must-see, and it isn't exactly rare either.  It's available at Amazon Instant, on Region 2 DVD, and at YouTube.  But curiously, it still lacks an official DVD release in the U.S.  Strange, given the always viable drawing power of Lancaster and Douglas (both among AFI's top 20 male stars of all time) and the selling point of their final collaboration. 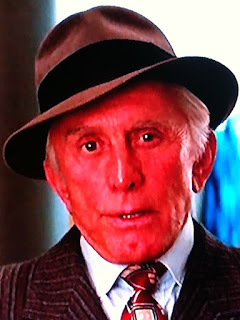 Wallach (97), Douglas (96) and Durning (89) are all still with us more than a quarter century later.  DVD commentary, anyone?  The film also has a Red Hot Chili Peppers song that is otherwise unavailable ("Set it Straight").

I remember watching this on TV years ago. It's not a classic but it is fun film watching two classic actors having fun. The best bit is when Douglas and Lancaster rob a modern train.

I remember watching this on cable TV quite a bit in the 80's. This was one of the early releases for Disney's Touchstone label. Perhaps with the new deal just struck between NetFlix and Disney for streaming content, this will pop up on there.

We find our blog interesting.You can visit our site.