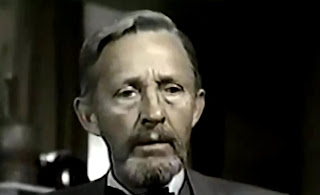 
Der Bingle is a kindly G.P. in a Greenfield, arguably the most beloved person in this idyllic area.  How idyllic?  The town boats a very low crime rate and few unpleasant citizens.  Greenfield is about to host recent medical school graduate Converse, returning to visit high school sweetheart Danner and mentor Crosby.  The budding young doctor is pleasantly surprised by his home town's evolution into a paradise---and increasingly concerned about the number of abrupt, mysterious deaths occuring in heavenly Greenfield. 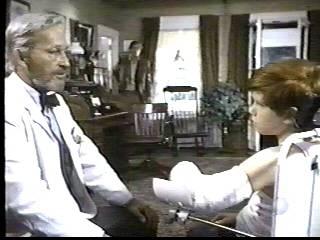 Originally airing as the ABC "Movie of the Week", DR. COOK'S GARDEN seems more relevant with the passage of time with the real world bringing us Doctors Kevorkian and Shipman and (even more recently) debate over the possibility of "death panels" in the decades since.  Art Wallace (SHE WAITS) adapted from a play by Ira Levin, whose STEPFORD WIVES also explored a seemingly perfect town with a sinister forces at work under the veneer. 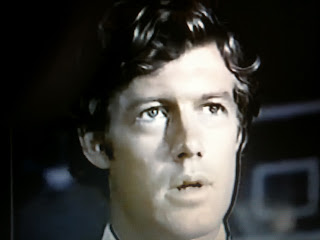 As was often the case for this Golden Age of telefilms, brevity is a plus, with few moments wasted.  In what would turn out to be his acting swan song (and only TV Movie) Crosby gives one of his best performances in a decidedly atypical role.  Posthumous revelations about Crosby's personal life exposed the actor's dark side, but at the time DR. COOK'S GARDEN aired he was as easygoing and beloved by the general public as the titular character is to Greenfield's citizens. 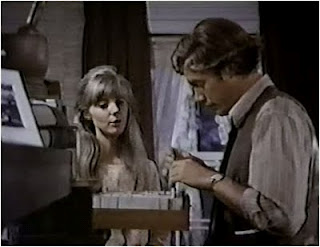 While the subject matter hasn't dated, the method of storytelling has, surprising for a film directed by the usually reliable Ted Post (GO TELL THE SPARTANS, THE BABY).  Post unfortunately provides two spoilers in the first four minutes, which kills most of the suspense before the opening credits. Granted, this was the pre-VCR and MTV early Seventies, but even taking that into account these scenes are particularly unsubtle and intrusive.  The former is Crosby's lone lapse into hamminess, but at least it's wordless and pretty brief. 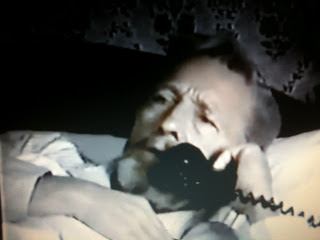 Crosby's Dr. Cook is calm and rationalizing as his describes the thought he puts into his decisions, and admits that marking the "R" is always difficult for him.  His unfailing composure adds creepiness that helps make up for the missing uncertainty and almost raises this otherwise average tale into the must-see category.  Two decades before Alec Baldwin brazenly declared himself God in MALICE, Crosby let actions speak louder than his downright humble words possibly could, giving us a thriller more than interesting enough to watch despite its deficiencies.

DR. COOK'S GARDEN certainly left an impression, as many viewers still fondly recall it after all these years. Too bad it has fallen victim to a double whammy in regards to a potential release.  Made for TV movies from the early 1970's remain underrepresented on DVD, with TRIBES, MY SWEET CHARLIE and THAT CERTAIN SUMMER just a few from the top tier that are still missing.  Making things worse for the GARDEN is Paramount's consistently spotty history at getting its vintage titles on disc.

Just a notch below the era's best telefilms, DR. COOK'S GARDEN is an absolute must for Bing Crosby's fans and boasts strong, STEPFORD-like production values.  It's been M.I.A. from cable for two full decades like much of the rest of its made for TV brethren (DUEL and BRIAN'S SONG seem to be the rare exceptions) and could really use a remastering and a rediscovery.

DR. COOK'S GARDEN is on YouTube, but in a mediocre (at best) print (as you can tell from the screen captures) with out of sync sound.  This is one venerable Movie of the Week that deserves better.
Posted by Hal at 10:00 PM

I finally found this movie at these two sites if anyone is interested. Thanks

No thanks-I'd rather get a future legal version of this movie, or see if Hulu and Netflix will offer it

This movie is in the public domain

Really appreciable art work. I have never seen these types of designed chair ever. Very cool and marvelous designing.