Ladies on the Lam: SAFE IN HELL and THE LEGEND OF BILLIE JEAN 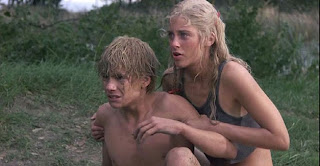 Put away your bootlegs: it's time for Missing No More!  Two more of The Horn Section's past review subjects are now on DVD for the first time, thanks once again to our good friends at the Warner Archive.   It's almost becoming a monthly occurrence.

While our two cult movies were released fifty-four years apart, they surprisingly have a lot in common.  Both center around a southern girl who is tough as nails: one a Corpus Christi teenager, the other a New Orleans secretary.  Both women suffer injustices at the hands of powerful males and financial hardship afterward.  Both also draw the line at providing physical favors to the men who wronged them.  When each lady defends herself, a felony is the (unintended) result, so both heroines end up running from the law. 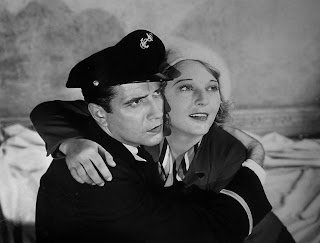 That's a lot these two films have in common, despite the features taking place in very disparate eras: SAFE IN HELL (1931) is product of the "anything goes" pre-Code early thirties, while THE LEGEND OF BILLIE JEAN (1985) was produced in the middle of a decidedly conservative decade for Hollywood.  Reflective of their respective periods: the bulk of the former takes place in a literally Godless atmosphere, while BILLIE JEAN's title character is inspired and empowered by SAINT JOAN.  But hey, enough comparisons and contrasts.  Let's get to the good news. 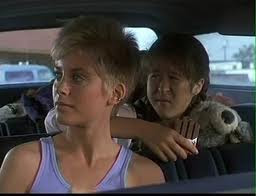 The folks over at the Warner Archive finally agreed that fair is fair and released THE LEGEND OF BILLIE JEAN on November 1st.  Released through the label's Columbia Classics subdivision, it is reasonably priced at $14.96.

BILLIE JEAN's steady march to a loyal following didn't get off to a promising start, as it was an outright disaster at the box office in the summer of 1985 despite considerable promotion from MTV.  BILLIE JEAN was lost in the shuffle at theatres during the summer of BACK TO THE FUTURE.  It finally found its audience the way many initially overlooked movies did in the Eighties, via healthy home video rentals and saturation showings on cable. 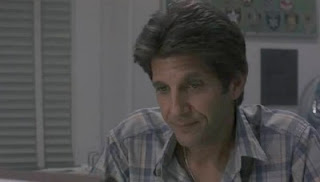 THE LEGEND OF BILLIE JEAN did produce one immediate success, from its Chrysalis-heavy soundtrack: Pat Benatar's "Invincible", complete with the music video below featuring a healthy dose of clips from the film.  Ironically, one person who isn't a fan is Pat Benatar, who reportedly to this day derides the film in concert as "the worst ever made" before performing her hit "Invincible", the smash hit from the film's soundtrack.


If this is true, then lighten up Ms. Benatar!  It's been twenty-five years and you were ten years older than the target audience to begin with.  In my review I noted that BILLIE JEAN has its problems script-wise, but it's also easy to see why this film strikes a chord with many.  It's great to see it not only newly remastered, with including an all-new commentary as well.  Way to go, Warner!

Perhaps even more impressive is the release of SAFE IN HELL (1931), which never saw a home video release of any kind before November 8th, when Warner Archive came through for us pre-Code aficionados and made it available for $19.95.  Here's a few minutes from the film, as leading lady Dorothy Mackaill checks into the Tortuga hotel managed by Nina Mae McKinney:


It's a rare appearance by McKinney, who was only 19 at the time, and features the equally underappreciated stars Dorothy Mackaill and Clarence Muse.  I have to say that in all my years seeking out obscure hidden treasures of cinema, SAFE IN HELL remains one of the most pleasant surprises I've ever stumbled across.

Directed by the great William Wellman (PUBLIC ENEMY, A STAR IS BORN), SAFE IN HELL offers McKinney and Muse non-sterotypical roles, all too rare for African-American actors in the Thirties. Wellman's underrated work is also tough and uncompromising right up to the less than happy denouement which is a surprise, even for pre-Code Hollywood. 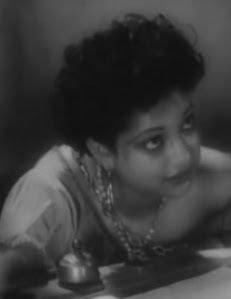 If you haven't shopped at the Warner Archive yet, by all means browse the inventory, as they are adding new films weekly.  Hey, if you're reading this blog regularly, you're probably interested in what they have to offer, right? 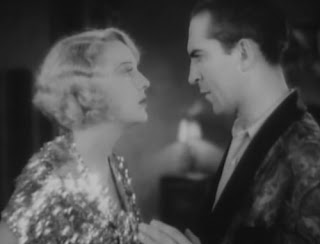 More reviews on the way, as always.  In the meantime, how about a little more of THE LEGEND OF BILLIE JEAN's soundtrack?  Here's the late Wendy O. Williams with "It's My Life":

Great news about SAFE IN HELL finally getting a release - it's as pre-Code as it gets - and there's Charles 'Ming' Middleton amongst the hotel regulars leering at Mackail, who seems to have disappeared from films shortly after making this one - a real loss to Hollywood films. Thanks for the info on the dvd!