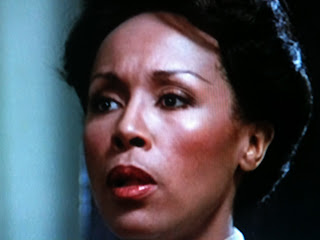 
With both parents deceased, the three Lovejoy sisters have inherited the North Carolina house they were raised in. Carroll is the eldest, a prim, proper, conservative churchgoer who harbors feelings of guilt about concealing a relationship with her minister Williams (who has political aspirations and a divorce that is still pending).  Carroll maintains the rules of the house with an iron fist in her late father's memory, but her younger sisters don't have such fond memories of him. 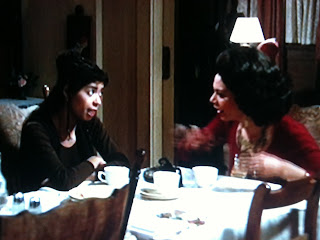 Self-described prodigal daughter Cash is a divorced mother returning home with her sassy son St. John's after many years of estrangement.  At 20, Cara is the baby, resentful of Carroll's heavy hand and the knowledge that her father wanted a boy.  Against Carroll's wishes, she dreams of pursuing a skating career.  The vagabond sibling's return shakes up Carroll's orderly world as Cash urges Cara to live for herself and (unaware of her older sister's secret) makes a play for Williams. 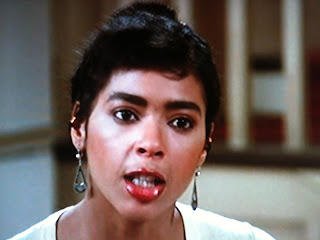 SISTER SISTER was the first feature length solo teleplay by Maya Angelou (GEORGIA, GEORGIA) and reunited Carroll and Berry after their Oscar-nominated collaboration in CLAUDINE.  The film also featured rising star Cara, hot off her success in FAME.  NBC was perennially the last place network during the Silverman era, and with the talent involved you'd think SISTER, SISTER was welcomed to the airwaves as a prized sweeps event.  Instead, it was produced in 1979 but inexplicably shelved for three years.  When it finally aired the film was dumped onto the schedule in the summer of 1982, premiering in the midst of the reruns and busted pilots. 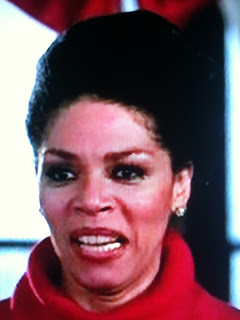 Carroll starred in two Angelou TV projects (the other was 1979's WHILE THE CAGED BIRD SINGS) back to back to close out the decade.  Her role here bears similarity to Mary Tyler Moore's cold, fixated, but frail mother in the following year's Oscar-bait, ORDINARY PEOPLE.  Carroll is repressed and controlling, unwittingly driving away many people she cares about with the latter quality.  Guilt-ridden over her secret affair, she projects her image, protects her father's, and is in denial about both.  Carroll's restraint anchors the film effectively. 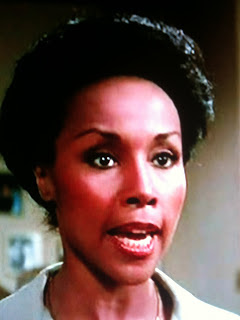 While CLAUDINE brought Carroll an Oscar nomination in 1974, it curiously did not lead to further silver screen leads, just several TV movies with top billing, including this one.   Both Cash (CORNBREAD, EARL AND ME, MONKEY HUSTLE) and Cara (AARON LOVES ANGELA, SPARKLE) actually appeared in more features during the latter half of the 1970's.  A key theme in Angelou's script is small town relocation as an antidote to the more unsavory elements of a large city: a stated reason for Cash's return is her desire to get her son away from drug experimentation in Detroit.  The author would return to this subject matter in her 1998 directorial debut, DOWN IN THE DELTA. 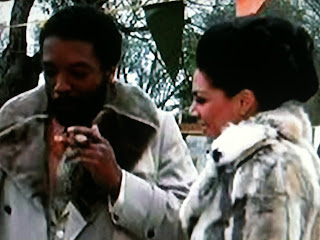 If SISTER, SISTER has a key flaw, it's the abrupt, too pat "happy ending", something that seems a little forced and was far too common for made for TV movies from the era.  Not that this is a major gripe: there's fine work here from all involved.  No getting around it, NBC dropped the ball big time in its reticence to air and promote SISTER SISTER.  Both the film (Best Television Movie) and Cara (Best Actress) won NAACP Image Awards in 1982 and SISTER, SISTER found a loyal following almost immediately that has grown in the three decades since.

It gets mentioned a lot around here, but made for TV movies from the 1970's and 1980's have a spotty history at best in making it to DVD, even some of the most acclaimed (see earlier reviews).  But at least MY SWEET CHARLIE and TRIBES (to name two) received VHS releases.  SISTER SISTER has never been released to home video in any format.

It's long past time for Fox to rectify this well-loved sleeper's lack of availability: in spite of its lack of availability.  SISTER, SISTER has many devoted fans who relate to its themes of sibling rivalry and family devotion.  It is arguably one of the best-remembered chick flicks of the 1980's.  Carroll, Angelou and Cara could all contribute to extras, which would be welcome.  NBC's treatment of SISTER, SISTER was a puzzler, since Carroll was already a proven ratings winner for the network (JULIA made Nielsen's top 10 in 1968-69). 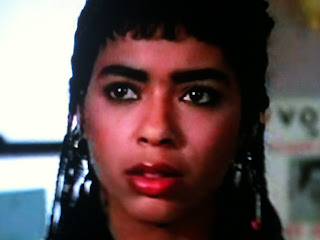 She has less screen time than Carroll and Cash, but Cara gives the most critically acclaimed performance.  At the time Cara seemed poised for major stardom as both a singer and actress, but she disappeared from theatres after a supporting role in CITY HEAT, the poorly received CERTAIN FURY (with Tatum O'Neal) and her 1986 marriage.  SISTER, SISTER offers the opportunity to see her at her peak.
Posted by Hal at 8:52 AM

everything you said was dead on. irene cara was cheated from receiving the silver screen stardom she truly deserved. in many ways, irene's voice is the voice of an 80's generation.