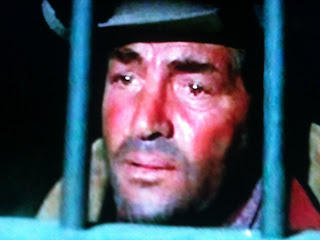 
It's the old chestnut that's been around far longer than Hollywood itself: childhood friends Martin and Hudson find themselves on opposite sides of the law as adults.  Masquerading as a lawman, Martin leads his gang through a successful train robbery.  He is forced to thin the ranks by one in self-defense afterward and subsequently takes off with all the loot.  The real sheriff is Hudson, Martin's lifelong best pallie, and D.A. McLiam fears that Hudson will let friendship get in the way of duty.  It's up to Hudson to capture Dino and keep him alive for a fair trial.  The latter isn't an easy task, as he'll have to get to him ahead of the surviving members of Martin's entourage (led by Moffat) AND keep the bloodthirsty McLiam at bay. 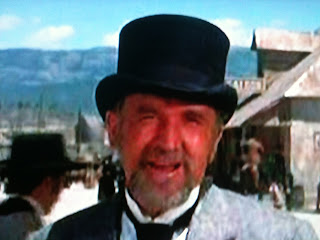 Frequent flashbacks flesh out the lifelong bond between the two friends and their friendly rivalry for Clark, who ultimately chose safe bet Hudson, but wonders about the road not taken.  She also worries about her husband, who can't match Martin's draw or marksmanship.  In short, there's next to nothing in SHOWDOWN that you haven't seen dozens of times, and screenwriter Taylor even acknowledges the lack of freshness by having Clark reference Damon and Pytheus halfway through. 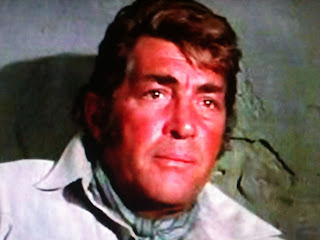 Taylor doesn't give him the greatest one-liners, but Martin still displays his usual effortless charm without being cloying.  He even gets things off to a jovial start with a Jimmy Stewart impression while in disguise on the train.  Like his SHOWDOWN character, Martin's personal life was going through a rough patch during production: the accidental death of his long-time horse "Tops" and the aftermath of his 1972 divorce being the contributing factors.  With actor and character facing midlife crises, lines like "nothin's gone right since I left here" carry extra resonance. 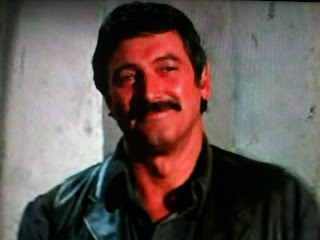 Since Martin has the showier role by far, Hudson is mostly required to be sturdy and bland.  He's nevertheless solid and avoids being completely overshadowed, getting in some great moments of his own when concocting a story to potentially help Dino post-capture and silently reminiscing about their friendship.

Filmed entirely on location in New Mexico, SHOWDOWN was the final western for both stars and director Seaton's cinematic swan song.  There's few surprises (if any) in the script and the teaming of Martin and Hudson isn't the big event it would have been a decade earlier.  Still, contrary to what some have written elsewhere, no one involved is mailing this one in--not even Dino.  Easy to forget afterwards, SHOWDOWN is also easy to watch and sufficiently entertaining with a number of poignant moments. 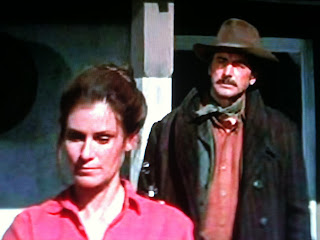 The film is more derivative than most.  While Martin and Hudson were boob tube A-listers in '73, both had reached the end of the trail as box office attractions, leading to SHOWDOWN's disappointing receipts and ensuing low profile over the years.  Within a year, Dino would even become a part timer on television.  Hudson wouldn't star in another feature until 1976's EMBRYO.

Dino's appeal is timeless.  Virtually any Martin vehicle is going to have a built-in audience, and this is the one time that he and Hudson co-starred.   By 1973, he had little left to prove, so the highly motivated Dean Martin of RIO BRAVO and THE YOUNG LIONS was long gone.  Still, biographer William Schoell (MARTINI MAN) opines that SHOWDOWN is one of Martin's best later features. IMO it is definitely a much better western than SOMETHING BIG (1971) would have been for Dino's finale in the genre.