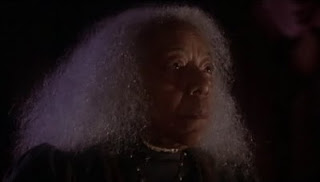 "Why the Hell isn't THIS on DVD yet?"


It is the most frequently asked question here at The Horn Section, and the films that provoke it are often rarely scheduled on cable and/or very hard to locate on VHS.


With the new, improved and greatly expanded library at Netflix, they couldn't help but hit a few Horn Section favorites.   Here's a partial list of blasts from Horn Section past now available for streaming: (you can read the original reviews by clicking the titles):

BLOOD AND LACE (1971):  Never officially released on either VHS or DVD, but very influential.  Fans of NIGHTMARE ON ELM STREET and the original HALLOWEEN will see that director Philip S. Gilbert managed to beat Craven and Carpenter to the punch on elements of his only feature.  And how many chances will you get to see Len "Uncle Leo!" Lesser as a creepy handyman, Vic "stow it!" Tayback playing the ass kicking hero, and Melody Patterson still trying to look underage five years after F TROOP....all in the same place!

FAST BREAK (1979): And you thought the greatness of Gabe Kaplan was confined to the small screen and the poker felt.  Think again!  As far as film coaches go, Mr. Kaplan can go toe to toe with Walter Matthau, Ken Howard or anyone else you want to name.  Gabe leads his team, including Bernard King and Mavis Washington, to new heights, but hey, who wouldn't be inspired by the man who put Robert Conrad in his place? 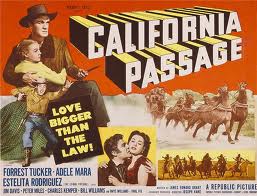 CALIFORNIA PASSAGE (1950):  Forrest Tucker, the man the Academy Award should really be named for, teams again with Adele Mara,  his best leading lady.  As was usually the case with Republic, a top notch supporting cast and solid action.  Estelita Rodriguez has two songs and makes you wish there were more films to remember her by.

SUGAR HILL (1974): It's a cast of familiar, rather than big box office, names in this sleeper, but it is still a lot of fun, with delightfully menacing performances from Don Pedro Colley (his Baron Samedi tops Geoffrey Holder's IMO) and Zara Cully.

ST. LOUIS BLUES (1958): Eartha Kitt, Nat King Cole, Cab Calloway, Pearl Bailey, Mahalia Jackson, 11 year old Billy Preston(!) and Ella Fitzgerald all in the same film.  Need I say more?  If you're a fan of Kitt's, you'll want to see her finest screen performance, and while this bio of W. C. Handy gets carried away taking dramatic license at times (far from the only music bio to do so) it's still a must see for the cast, which also includes Ruby Dee and Juano Hernandez.

THE LANDLORD (1970):  Here's the DVD success story of the bunch, and Hal Ashby's debut is available for streaming too.  Was unfairly neglected for a long time, but now looks better with each passing year.  So does Diana Sands' performance.  Also with Beau Bridges, Oscar-nominated Lee Grant, Pearl Bailey, Mel Stewart and SUGAR HILL's Marki Bey.


A much more comprehensive list of Netflix Instant goodies can be found at Rupert Pupkin Speaks.  He's at 14 posts and counting!  Happy streaming.  Number 56 is up next!
Posted by Hal at 6:54 PM

Love your list Hal! thanks for the plug too btw!