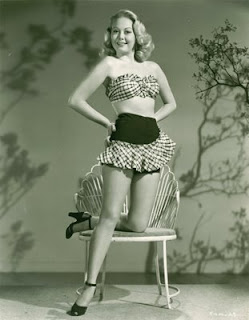 Man, what a sad week.  Two of the loveliest ladies to grace films (and walls, in pinup pictures like this one) during the 1940's have left us this week.  First Lena Horne and now Adele Mara, leading lady in countless Columbia and Republic westerns and war films before she retired to marry the damned lucky Roy (MAVERICK) Huggins.  Ms. Mara passed away May 7th at the age of 87.

The beautiful Spanish-American (real name Adelaide Delgado) appeared in some 60 feature films, and is probably best known as John Agar's bride in Allan Dwan's 1949 classic, SANDS OF IWO JIMA.  She remained married to Mr. Huggins from 1952 until his death in 2002 and guest starred in several MAVERICK episodes, including the classic "Seed of Deception" and "The Spanish Dancer". 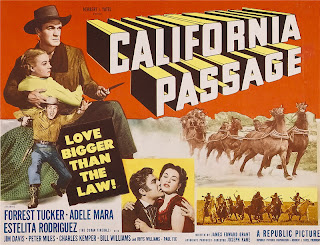 This being The Horn Section, you also know Adele Mara is being honored here as Forrest Tucker's greatest leading lady.  Immediately after each had a breakthrough supporting role in IWO JIMA, Republic teamed them up in 1950's ROCK ISLAND TRAIL and CALIFORNIA PASSAGE. 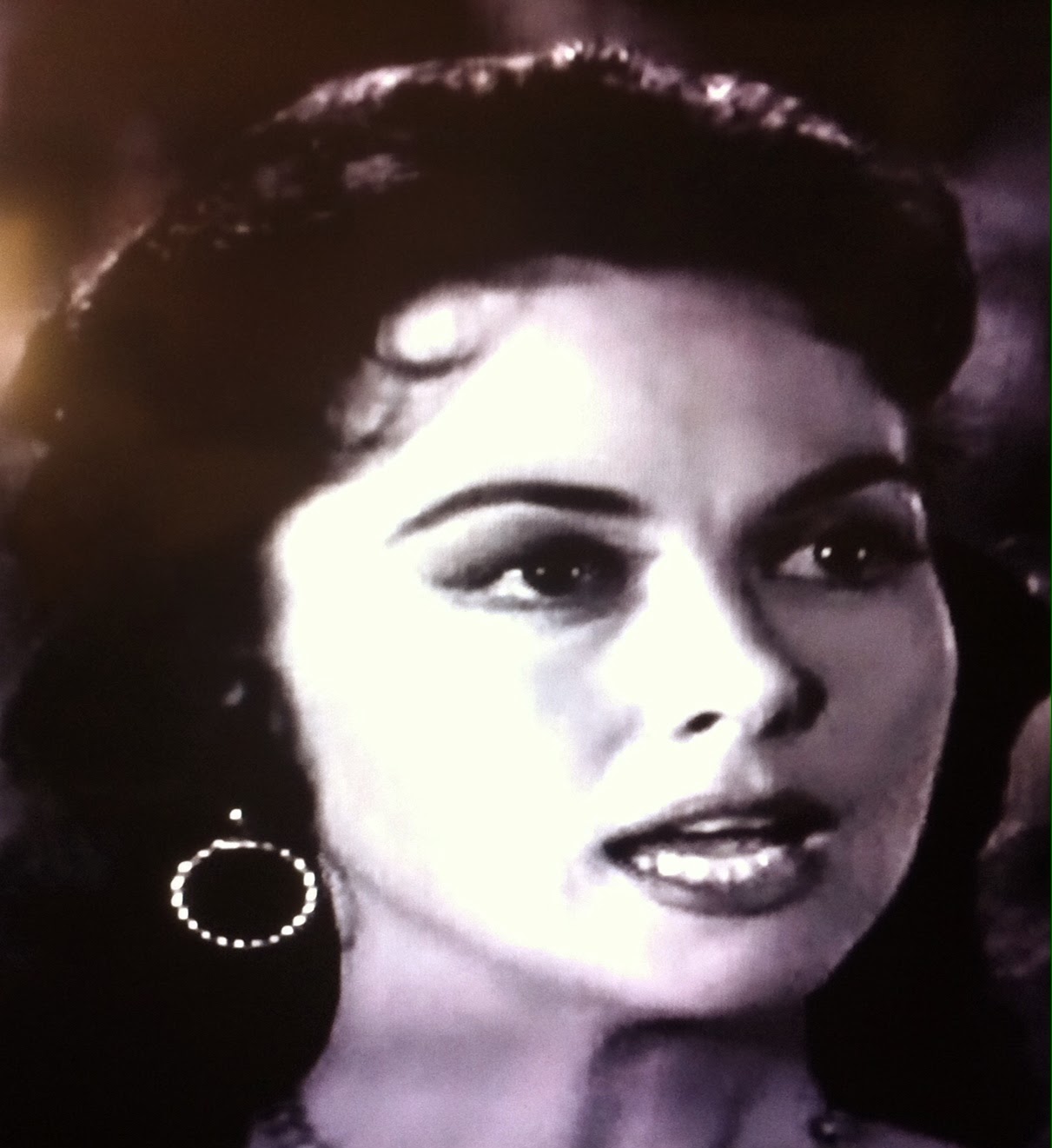 In fact, Tucker had been a supporting player in Mara's film debut, the 1941 Lupe Velez vehicle HONOLULU LU.  They later appeared in 5 films together.

Both Republic films are worth a look, with Mara given a chance to shine (and sing, in TRAIL).  Another Mara film well worth a look is 1948's ANGEL IN EXILE, also directed by Allan Dwan.

I remember seeing her in a Three Stooges short in my formative years and being completely smitten. Another sad loss.