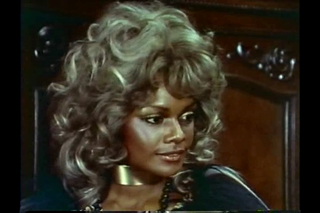 Redd Foxx is the owner of a successful dry cleaning business. What, Fred G. Sanford as George Jefferson? Well, not quite...but the "G" stands for "gay son". Foxx is licking his wounds after wife Pearl Bailey runs off with his brother and business partner, so he pays son Michael Warren a surprise visit, not knowing about Warren's alternative lifestyle or his live-in lover, flaming Dennis Dugan. 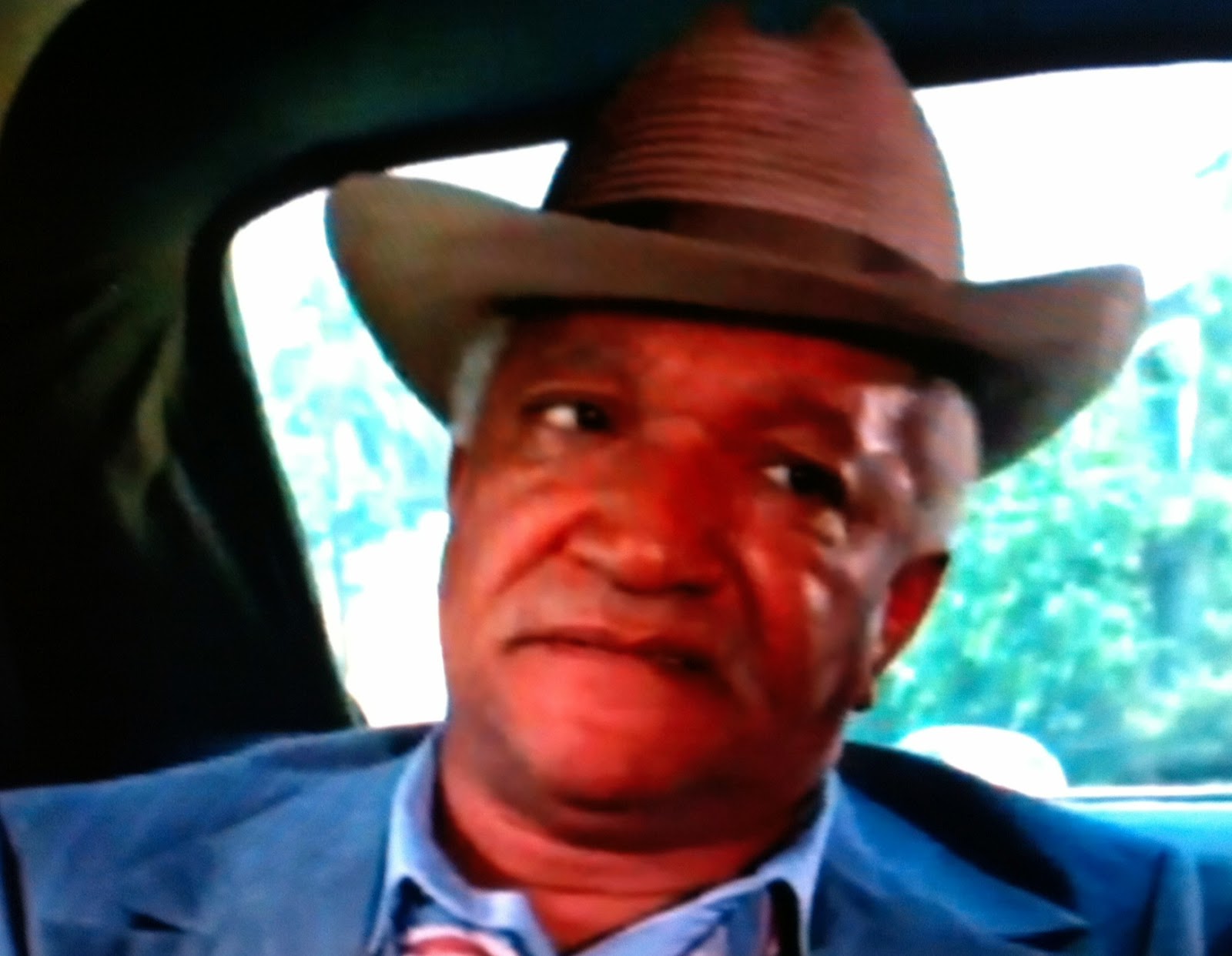 Being an "old fashioned man in a brand new world", Foxx reacts to this second system shock in as many days as might be expected. No, he doesn't have the Big One....he hires hooker Tamara Dobson in an effort to 'straighten him out', something that Warren's BFF Vernee Watson is already attempting to do on her own. 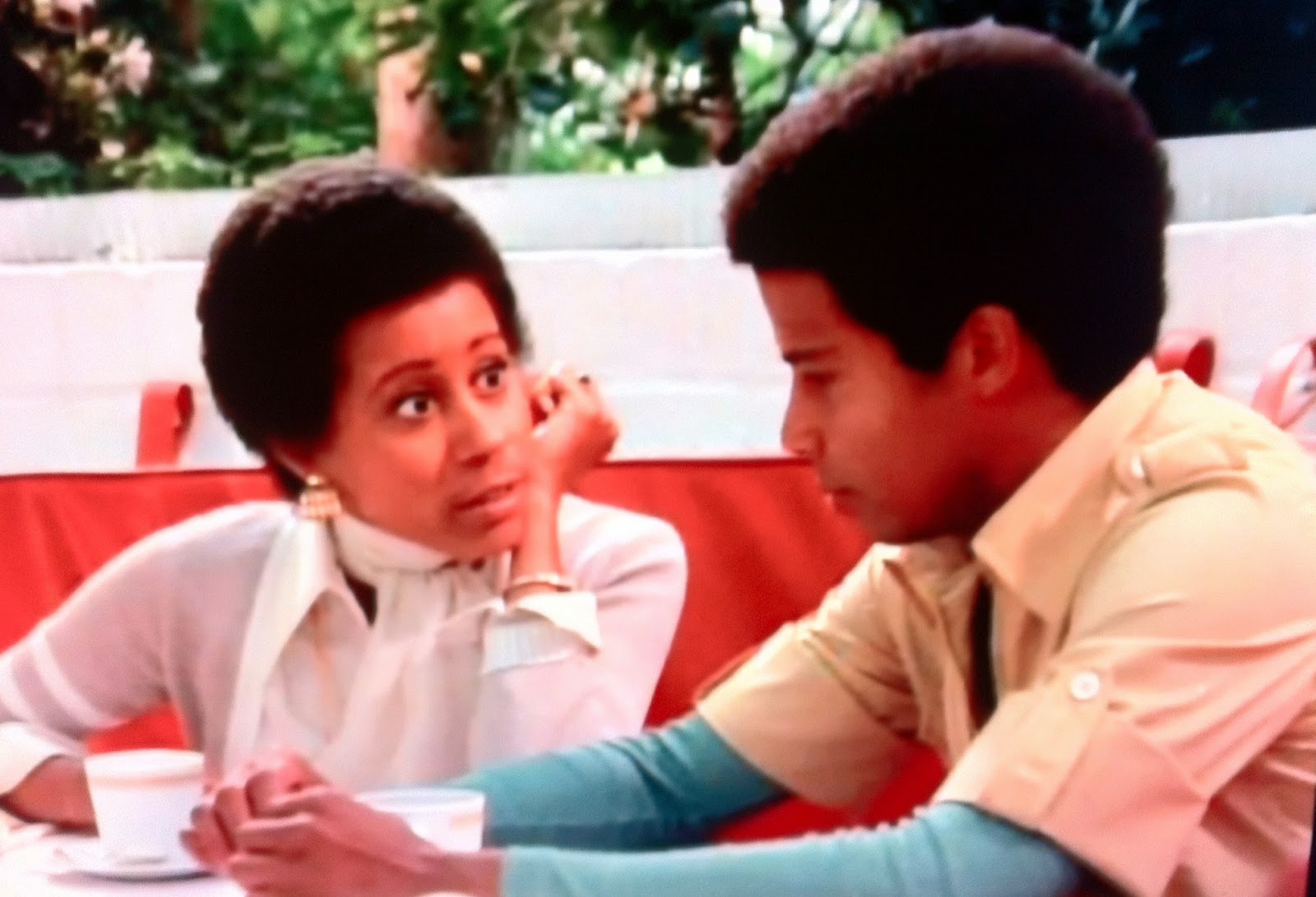 Foxx's only starring role on the big screen, and also the only film directed by long-time TV producer (LAUGH-IN) George Schlatter, NORMAN...IS THAT YOU? is an oddity in many ways. This Broadway adaptation was shot on video, later transferred to film, and it shows, with the stock looking older than other films of the era, but fitting for the sitcom-level proceedings. Very few films were being made about homosexuality even in the freewheeling, un-PC 1970's, and even fewer films were getting the green light with a Broadway source that lasted only 12 performances. 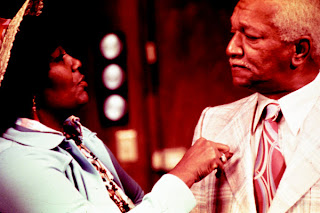 In adapting the play by Ron Clark and Stan Bobrick, Schlatter (also his only screenplay to date) made several changes, with the play's Jewish family becoming a black family and the setting moving from New York to Los Angeles. One revision mars a pivotal scene, when a drafting becomes a Navy enlistment. Perhaps necessary to modernize the film, as the draft had been eliminated since the play's premiere (1970) but really contrived as presented here given the character's situation.  The biggest flaw is the lack of chemistry between Warren and Dugan, with the former particularly unconvincing in his role and the latter shamelessly stereotypical.  At no time do you believe these two have been a couple for a year. 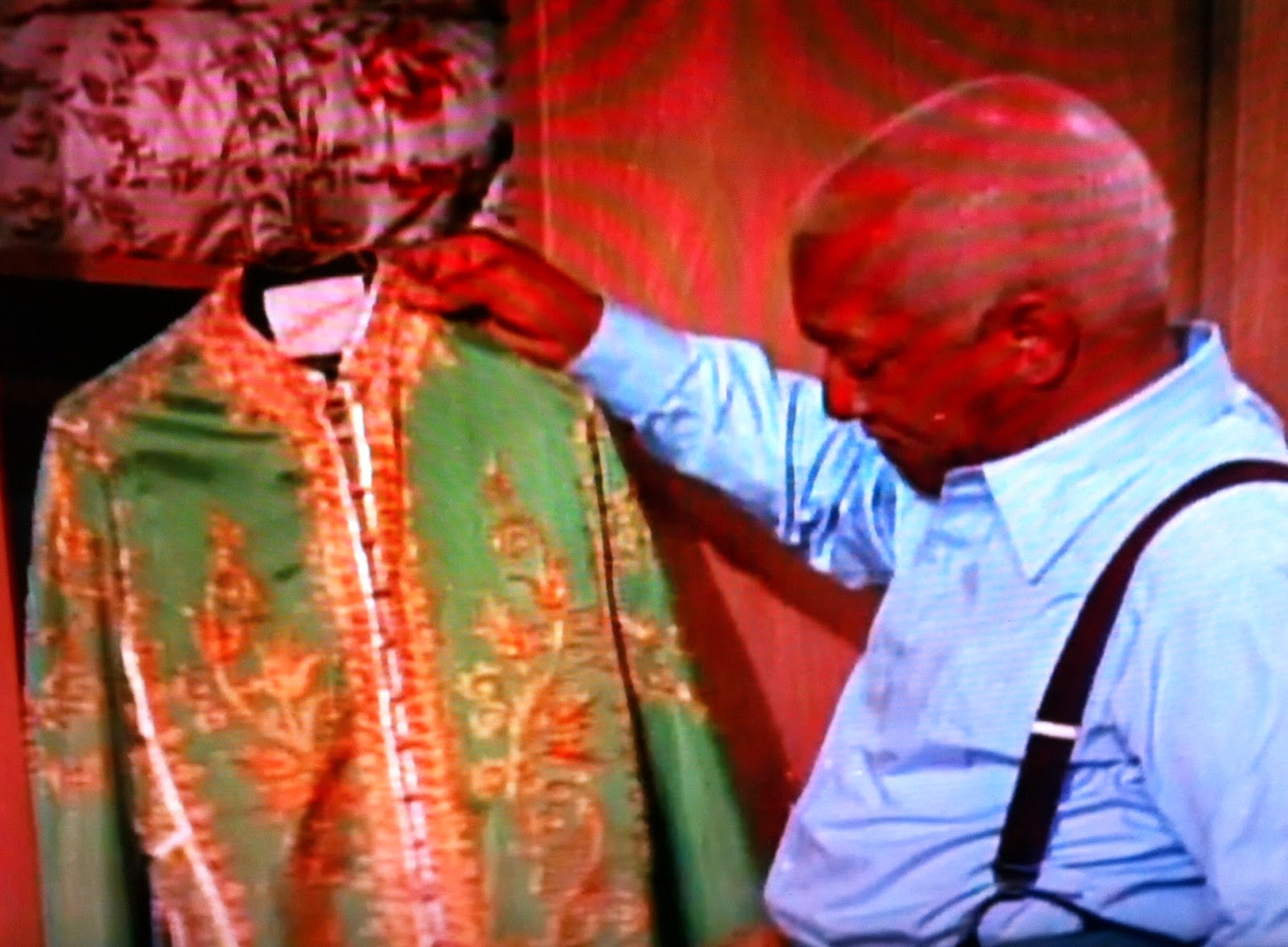 If you're a Redd Foxx fan, though, you're in for a treat. The salty comedian gets several long monologues, priceless scenes in a bookstore (buying 8 books on homosexuality) and park (as he reads the books out loud to himself) and spends a big chunk of the film bantering with Dugan as he attempts to understand Warren.  Foxx and Dugan actually have more chemistry than either of the film's romantic couples. 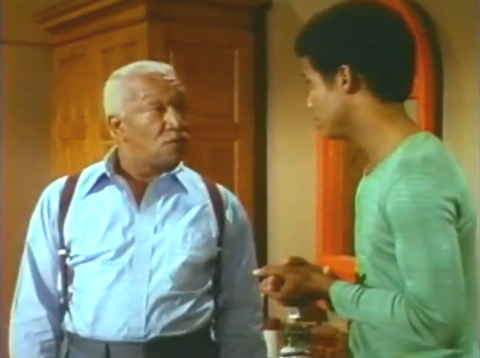 Bailey, wonderful in ST. LOUIS BLUES and THE LANDLORD, sadly has little to do here and doesn't even show until the final third of the film. Tamara Dobson gets her one outright comedy role (unless you're counting CHAINED HEAT) but little screen time. She's charming and expressive enough to make you wish she'd had more and better screen opportunities. With Madame in tow, Wayland Flowers has two bizarre scenes early and later gets 5 minutes of screen time for his unfunny nightclub act--about 4 1/2 too many if you ask me. 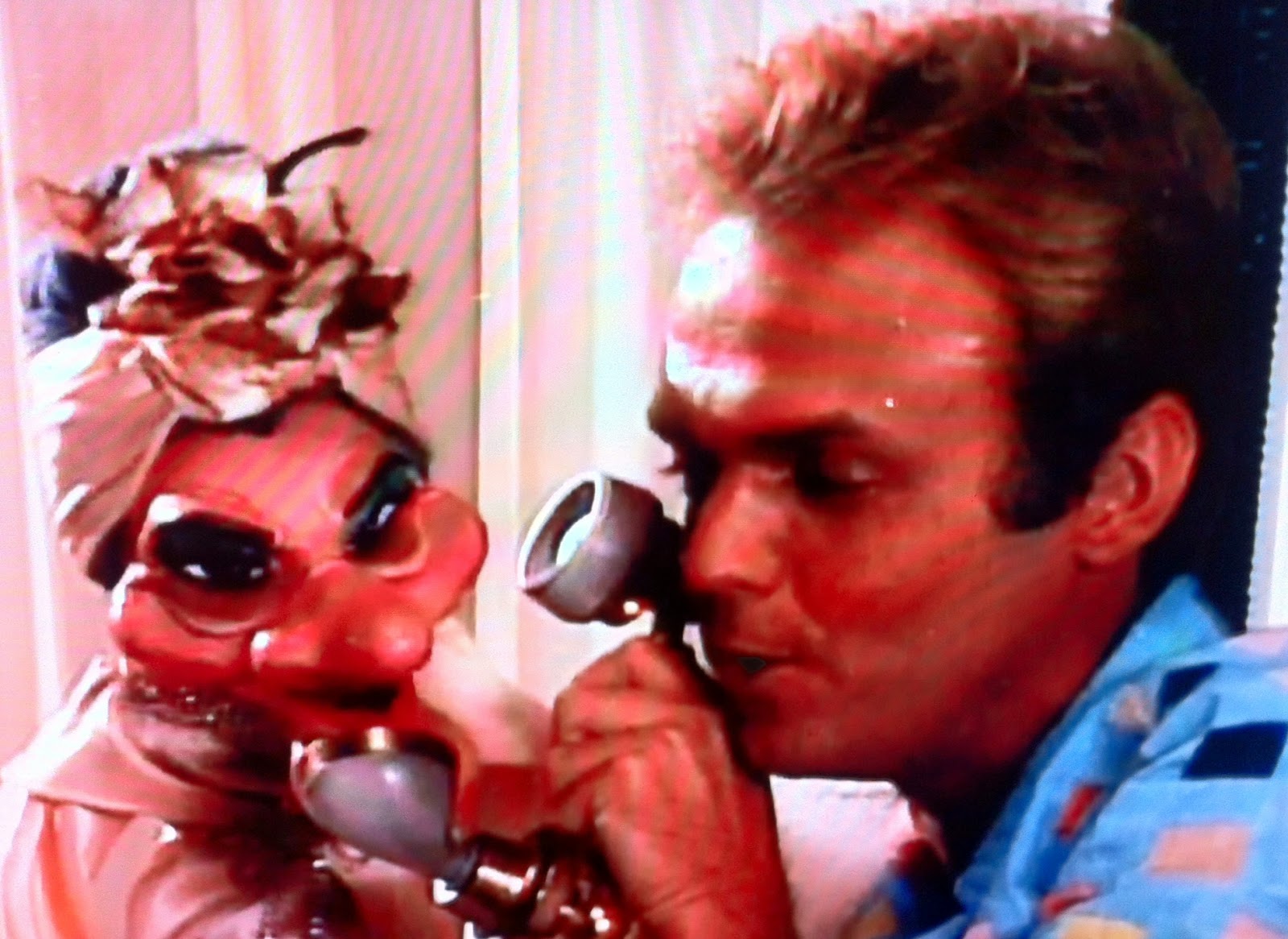 It's cheap looking, a relic of its time and uneven, and most of the "surprise" twists (i.e. Bailey handling "the news" worse than Foxx, and Foxx and Dugan bonding) won't raise an eyebrow from a modern audience, but damned if Foxx and company don't wring some good laughs out of it. NORMAN...IS THAT YOU? has a following due to the subject matter, dated campiness and offbeat cast.  It also boasts a solid soundtrack featuring Smokey Robinson and Thelma Houston. 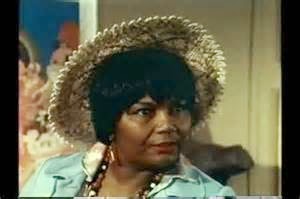 Has a really cheap look due to the video-to-film transfer, was a box office flop when released, and the source material was also a big stage flop as well.

Considered a relic of its time that hasn't aged well at all by many, and like many films of its era, very un-PC. Director and screenwriter Schlatter was much more at home producing variety shows for television, and is out of his element here. He bats .500 in using LAUGH-IN alumni, using Barbara Sharma to good effect in the bookstore scene, but forgetting that even a little Wayland and Madame goes a looooong way. 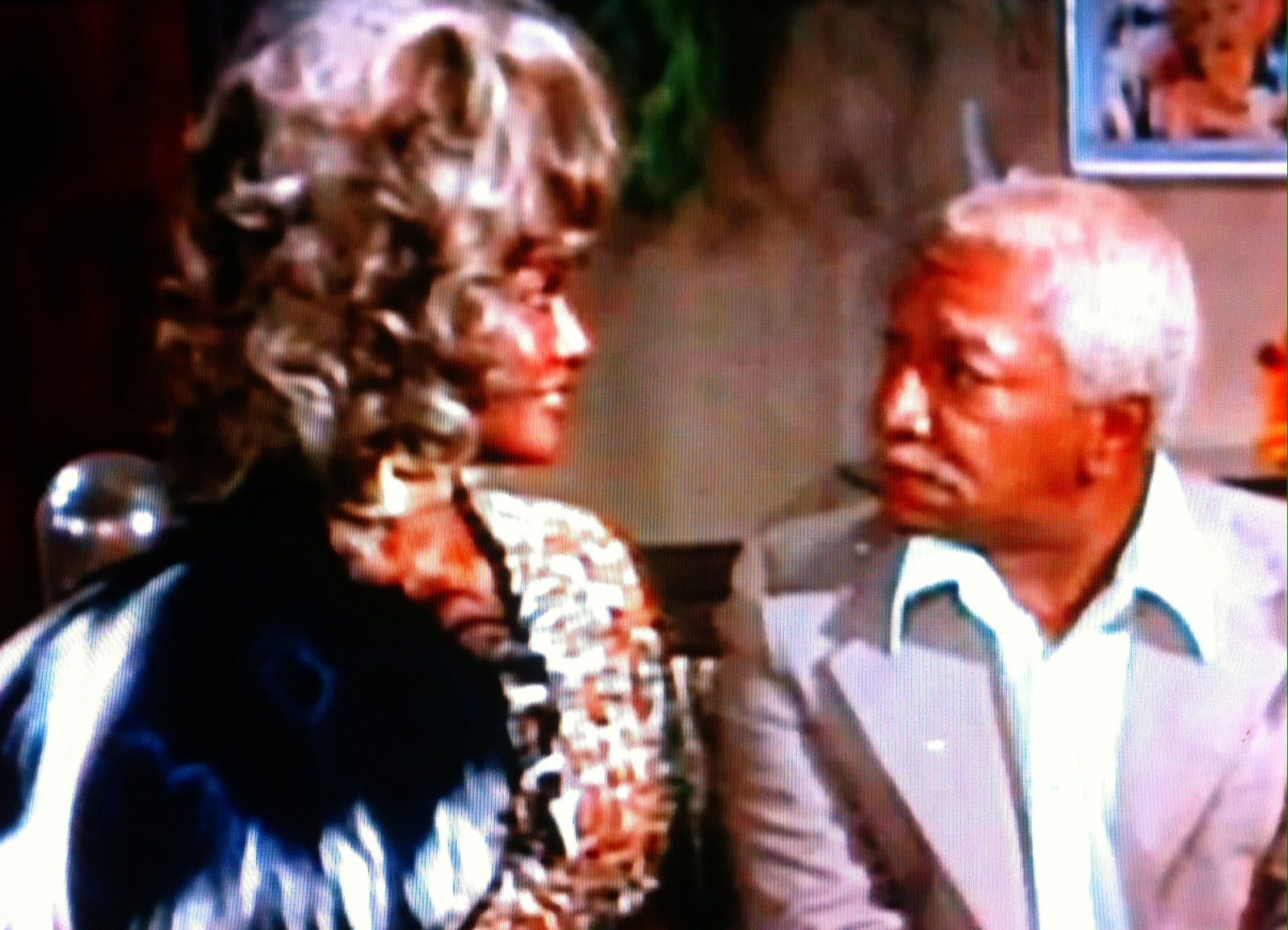 Foxx and Bailey have little chemistry as a romantic couple, and Warren and Dugan have no chemistry at all. Matter of fact, Adam Sandler and Kevin James were more convincing in I NOW PRONOUNCE YOU CHUCK AND LARRY---incidentally, directed by Dennis Dugan. 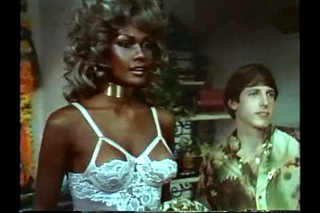 What a great cult cast of performers who made very few features: Foxx, Bailey, Dobson, and Dugan. Fans of Foxx's standup and SANFORD AND SON in particular will want to see his lone starring role on the big screen.

Dobson may not have that much screen time, but she wears the skimpiest outfit she ever wore onscreen.  Less is definitely more.....

A definite curio with some laugh out loud moments from Foxx and Dugan, this is at least an interesting failure. It's also worth a look for the choices made by writer-director Schlatter in adapting the stagy source to the screen.