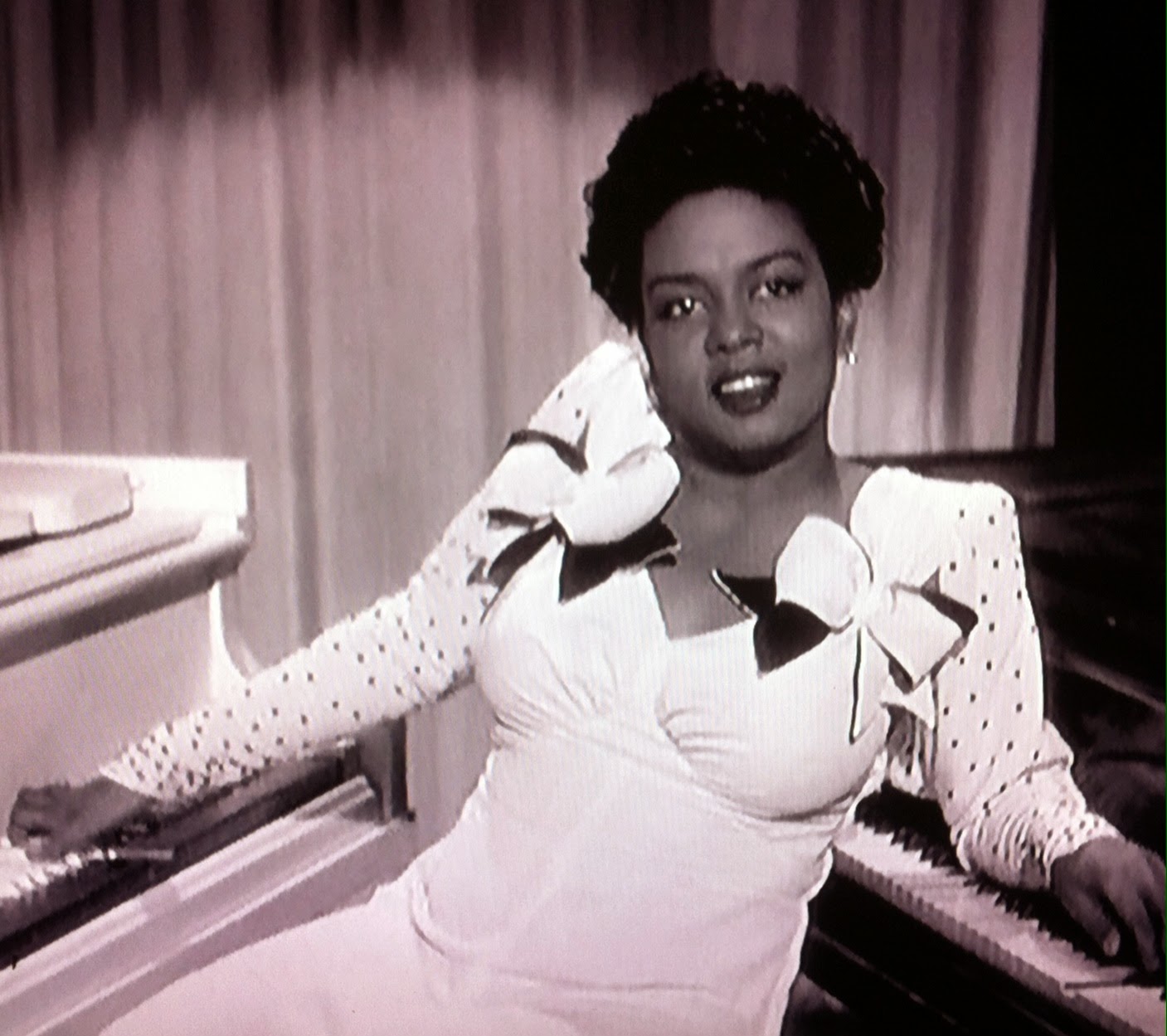 Broadway producer Gaxton schemes to get free publicity for his show, and star West, by having Moore's "Decency" Foundation get his show temporarily closed for content.  Unfortunately the plan backfires as West takes advantage of the opportunity to move to another theatre and Gaxton's show ends up permanently closed.  It's back to the drawing board for the producer as he now tries to concoct a way to lure West back into the fold. 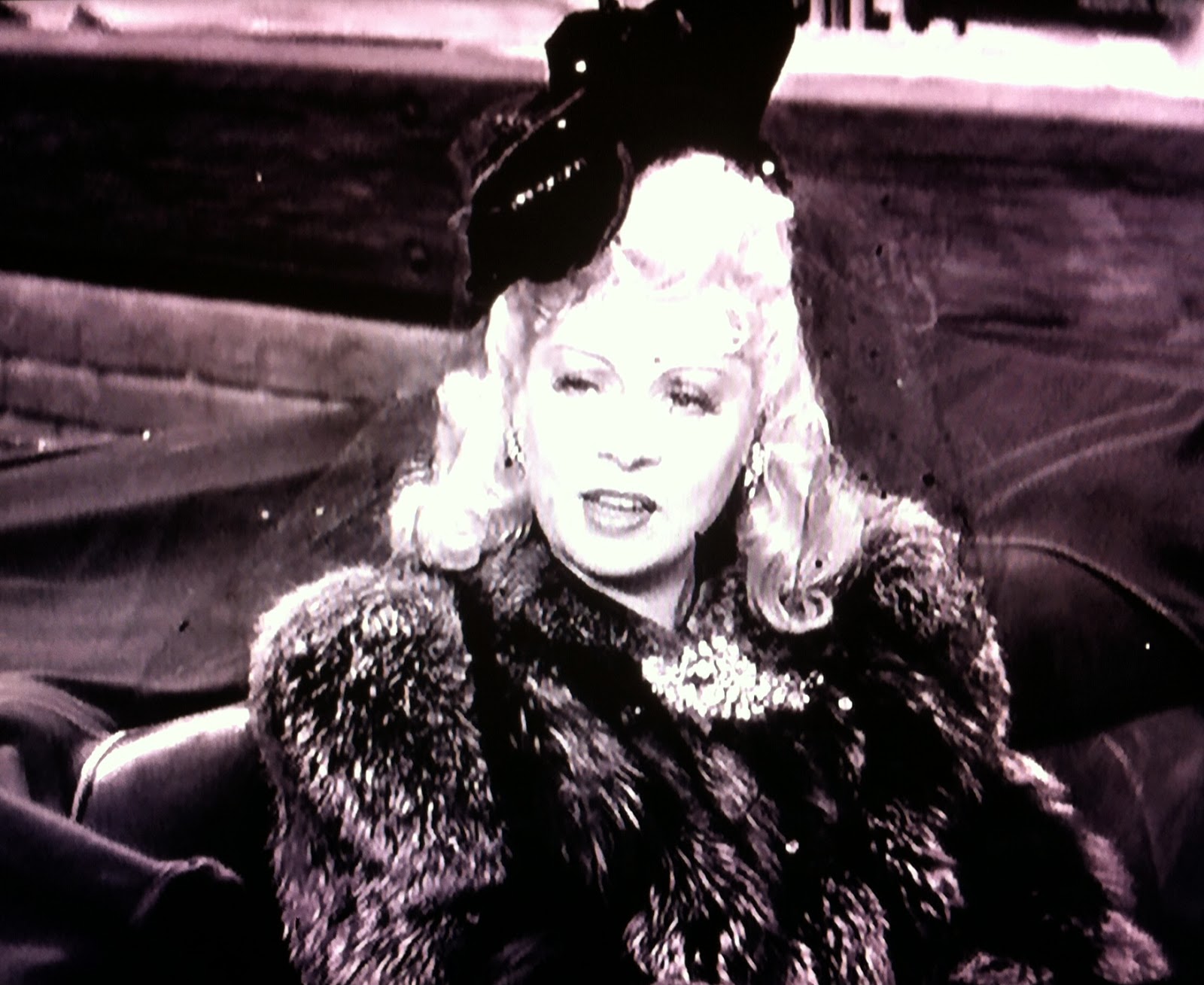 It's fitting that Mae West--a pre-Production Code icon if there ever was one--is the star of a satire on the effect of censorship on the entertainment industy in general.  Unfortunately, THE HEAT'S ON turns out to be toothless.  By having Moore's organization focused on cleaning up Broadway instead of Hollywood, an opportunity is missed for West to get digs in at the Code and the Hays Office.  To be fair, it probably would have been impossible to get THE HEAT'S ON past the film censors in 1943 if it had that kind of bite. 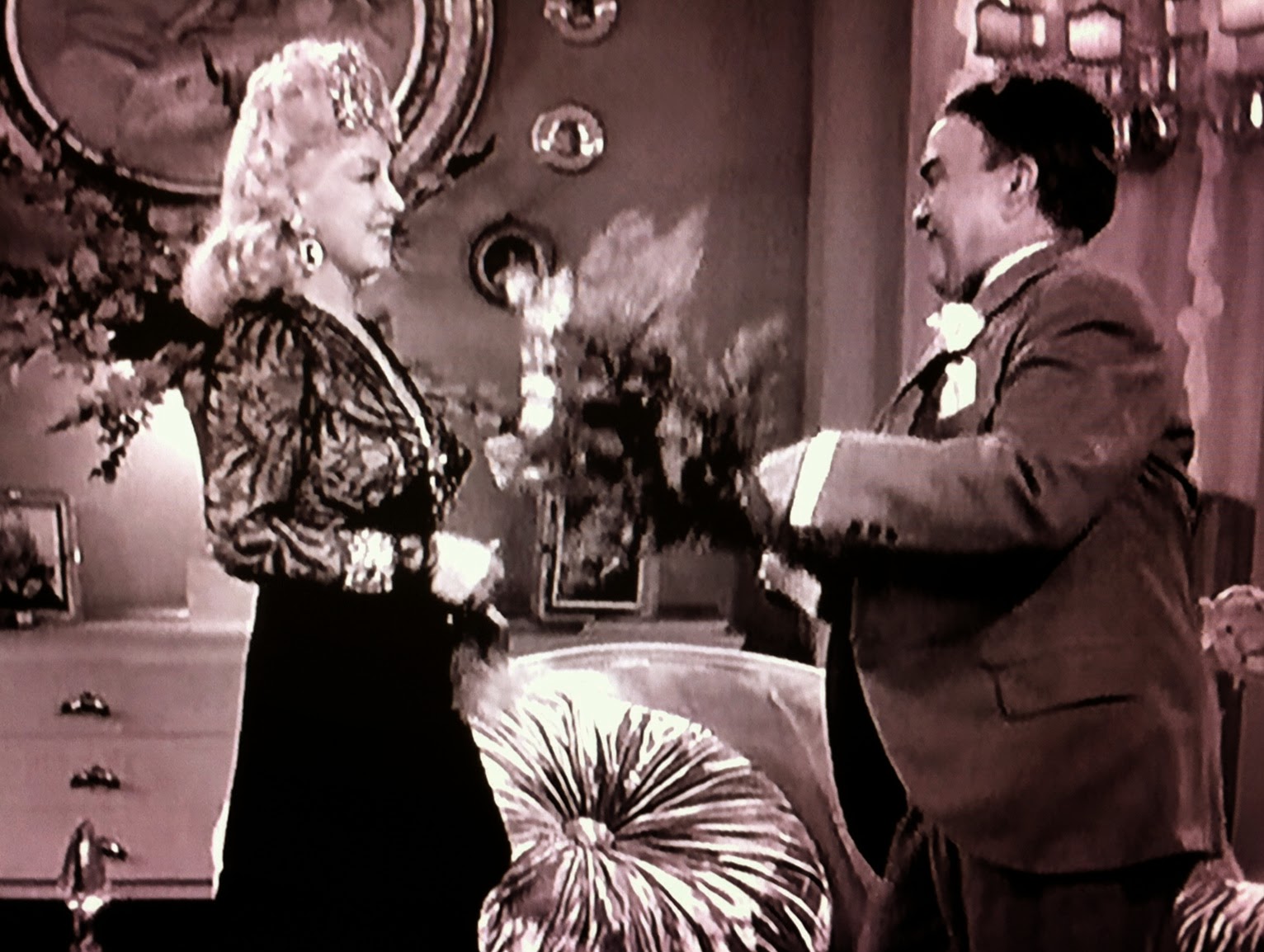 In addition to her typical post-Code problems, West wasn't given her usual creative input on THE HEAT'S ON, which certainly would have helped.  Mae's dialogue lacks the zing her fans will be accustomed to (its akin with watching Groucho deliver his lines during ROOM SERVICE) and she's onscreen for less than one-third of the film's 79 minutes.  All in all, not enough Mae, and as a result, probably the weakest of her starring vehicles--until the Seventies, that is.

THE HEAT'S ON was one of only five feature film appearances for legendary jazz pianist Hazel Scott, and she is dazzling, undoubtedly the picture's musical highlight.  Scott's second scene resulted in her famous confrontation with Columbia studio head Harry Cohn.  Protesting the intention to show the sweethearts and wives of African-American soldiers sending their men off to war wearing unkempt hair and ragged clothes, Scott went on a three day strike and effectively shut down production.  Scott got her way--the costumes were changed (see photo above)--but Cohn told her she'd "never work in this town again".  Regardless, Scott was right, and she was dynamite in both of her scenes.  You can read more about Hazel Scott here.  Suffice to say it's our loss she wasn't onscreen more often.

Veteran character actor Moore adds quite a few laughs doing the rumba with West (and fighting a losing battle to keep his toupee on).  Hey, Moore, then 66, might not have looked virile enough for Mae West, but don't judge the book by the cover--his real life wife at the time was 22!  (They stayed together until his death in 1962, too.)  A young Lloyd Bridges is also in the supporting cast.

It's too easy to say The Heat's Off, and also unfair--the picture has a few bright spots.  Just not nearly enough of them.  Mae West completists will certainly want to check it out, but to everyone else, I'd recommend sticking with MY LITTLE CHICKADEE, SHE DONE HIM WRONG and I'M NO ANGEL.

Yes, on demand through Amazon.

The film really does belong to Hazel Scott -- poor Mae looks bored through it all, as if knowing it was a waste for her. Moore himself seems to be a world unto himself in the film, just doing his own shtick. They really done Mae wrong in this one.