Why the hell isn't this on DVD yet? Number 1

Oates is the psychotic, ruthless leader of a gang of former military (now mercenary) comrades. His plan is to rob and wipe out an entire town before escaping across the river to Mexico with the booty of guns and money. While he and his gang take care of the town, he sends 3 advance scouts to secure the use of Van Cleef's barge for safe passage across the river. Van Cleef is briefly captured, but a timely assist from mountain man Tucker thwarts this part of Oates' plan. Van Cleef and Tucker quickly evacuate the townspeople and boat them to the Mexican side, setting up a standoff. Oates, now stranded on the American side with the cavalry surely coming, wants to use the boatman's barge to cross the river and then burn it.  Van Cleef cares little for the "squatters" and even less about their protection but refuses to give up his boat under any circumstances. 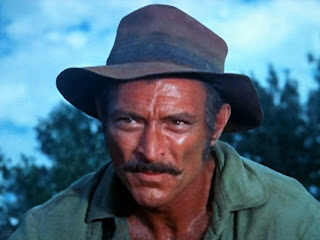 You'll have to suspend your disbelief a time or two, and Douglas, though solid, lacks the style of a Leone or Peckinpah for this material. These flaws aside, BARQUERO is an action packed western with breathtaking Colorado scenery, a tension-building score by Dominic Frontiere and sturdy performances by three of the genre's stalwarts. 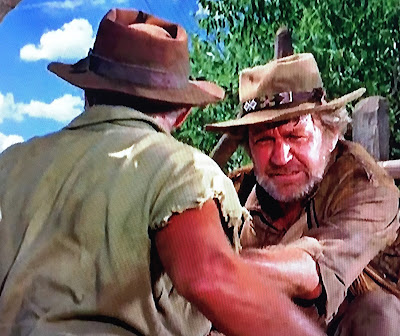 As the title character Van Cleef plays his usual unsmiling hardass, but with some shadings to his character. Once a mountain man like Tucker, he built his barge to conquer the river and roam free on both sides of it.  However, in doing so he inadvertently rooted himself. With a route across the river in place, people began settling on the American side, building a small town and church (to his dismay).  Sentiment?  Van Cleef might well be bringing the squatters with him simply to sleep with Hartley.  Oates is as ruthless as Henry Fonda's Frank in Leone's ONCE UPON A TIME IN THE WEST. Ruling his men with an iron hand yet haunted by his past, Oates is over the top at times but always fascinating to watch. 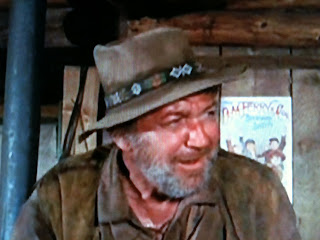 In a role that would have gone to Gabby Hayes or Edgar Buchanan a generation earlier, 6'5" Tucker (a leading man throughout the 1950's) is much more physically imposing than those actors while losing none of their humor. Whether pausing for candy canes in the middle of a shootout or interrogating the enemy near an anthill (in arguably the best scene), Tucker is very funny and all but steals the film. 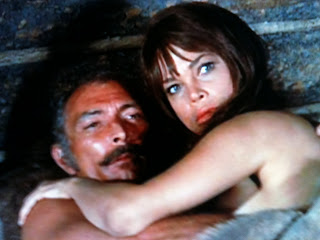 Also leaving quite the impression, the (sadly) rarely-seen Marie Gomez (THE PROFESSIONALS, HIGH CHAPPARAL) as the barquero's sharp-shooting, cigar smoking, busty and incredibly sexy girlfriend and John Davis Chandler as one of Oates' slimier accomplices. 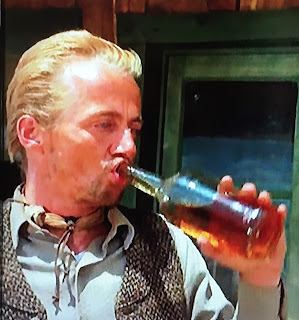 Since this is a western from 1970, it isn't too surprising to find a plot that serves as an allegory for U.S. involvement in Vietnam.  Here we have military commander Oates with superior firepower facing an enemy full of civilians that has home field advantage.  Oates stubbornly sticks to his plan despite having alternatives presented to him by second-in-command Kerwin Matthews and also despite the fact that he is battling mother nature and time in addition to the boatman (who he underestimates considerably). 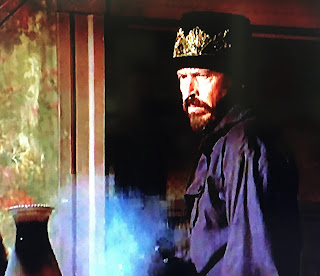 Screenwriters William Marks and George Schenck were certainly daring in having the callous Oates serve as their metaphor for the Americans. When we first see him he's enjoying the favors of a prostitute who he subsequently kills in the process of massacring the entire town. When Van Cleef rebuffs his transparent offer to buy the barge, he immediately turns ugly and threatens to dam the river with dead bodies.  Finally, when faced with the reality of an unwinnable stalemate, he turns to hallucinatory drugs as an escape, becoming increasingly unbalanced and willing to kill his own men to avoid submission. 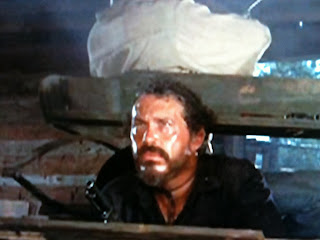 Political statements aside BARQUERO works as well as any American version of the spaghetti western--as these things go it is a much more interesting film than say, HANG 'EM HIGH, standing up to repeat viewings. MGM/UA has yet to put this out on DVD but it has been turning up regularly on Showtime Extreme and Encore Westerns Channel in recent years. As arguably Van Cleef's best leading role it is well worth searching out. 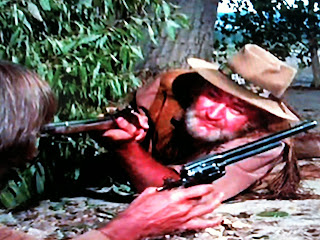 Honestly, I have no idea. It's very violent, has a great cast and script...really, has everything except an iconic director for this material. This is a quintessential 'guy' movie that also has a thoughtful political subtext. Very underrated IMO. 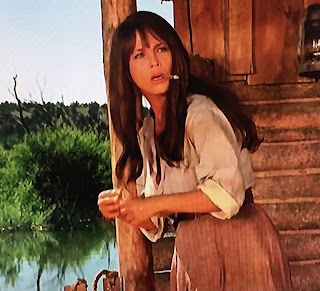 Van Cleef and Oates are western icons of the era and each has his own cult following;

Long overdue and has never even been released on VHS(!);

Repeated cable showings have given the film considerable recent exposure;

Marie Gomez recently participated in the extras for her 1966 film The Professionals and could provide some great "behind the scenes" information on this film as well.
Posted by Hal at 11:17 AM

Your blog I found to be very interesting!
I just came across your blog and wanted to
drop you a note telling you how impressed I was with
the information you have posted here.
I have a top dvd Nigeria
site.
Come and check it out if you get time :-)
Best regards!

An awesome widescreen print has aired on MGM HD.

I've watched it quite a few times, starting with once in the theater when I was about 16 (facinated and kind of embarassed by the sexual aspects of the movie).
But now I think the most interesting aspect of the movie is the character of Marquette, a scholarly, thoughtful fellow who is right-hand man to the murderous Remy. Marquette is played by 50s costumer star Kerwin Mathews, and seems to have lost his soul to ambition and hero-worship, but I think there's more to his motivation than I understand.