Television Review: LOVE THAT BOB: "Bob and the Ravishing Realtor" (1958) 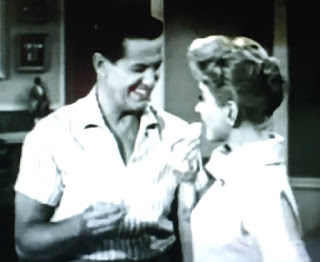 
This installment of the LOVE THAT BOB episode guide is presented in tribute to the late Elena Verdugo.  The pioneering actress passed away on May 30 at age 92.


With nephew Chuck away at college and Bob out of the house every night, Margaret MacDonald is ready to consider an offer on the house and downsize.  While Margaret's playboy brother spends a lot of his evenings inside apartments, he has no desire to make one his permanent residence--"thin walls, neighbors complaining when you dance at night".  The Collins house will bring four times what it cost?  "So will the home they sell us!"  Bob has an answer for everything, but changes his tune once he sees this realtor's figure: 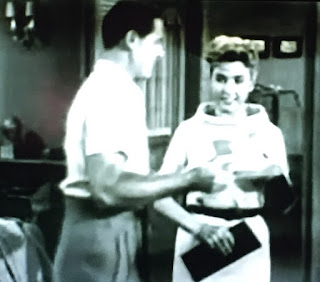 You guessed it: the shutterbug lothario isn't interested in actually selling the house, just agent Janice Tuttle--on himself.   Planning to use champagne to seal his deal, Bob runs afoul of his own scheme--and wakes up the next morning to a hangover and an "open house", learning he's signed exclusive rights to market the Collins residence over to the enterprising Ms. Tuttle! 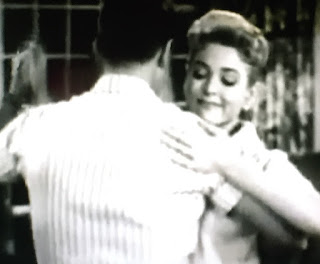 Bob Collins had himself quite a unique situation for a playboy: he had all of the comforts of marriage (a two story house, cooked meal waiting for him every night) without being tied down.  The prospect of losing the ability to have his cake and eat it too had to be a factor in his opposition to Margaret's proposed downsizing.  Probably the factor, since he brought that (and not financial reasons) up first.  For Bob, maintaining his current address is crucial to keeping his footloose and fancy-free status quo. 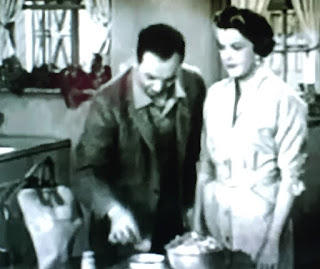 As usual, some time with henpecked Harvey Helm gives a guy plenty of sympathy for Bob's position.  At the outset, Bob's former Air Force co-pilot is planning to use his bowling ball--Bob's gift at his wedding twelve years prior--for the first time.  Harv admits "a married man like me doesn't get out too often" but thinks his athletic skills might have improved in the interim--after all, "housework can toughen a man up".  A beta male?  No doubt--Harv even ruins his brand new suede jacket to pose as an exterminator in Bobby's house-saving scheme. 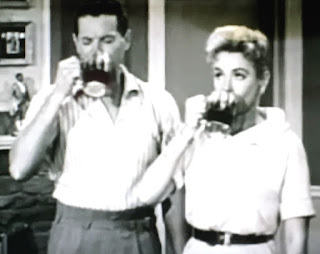 Bob and the Ravishing Realtor has the usual surfeit of witty double entendres, but this fifth season entry shows signs of tiring minds at the typewriters, noticeably succumbing to silliness in its plotting.  As dulled as his edge might be after a dozen years out of "circulation", even Helm surmises that Bob's scheme to spike the root beer with champagne will be easily detected.  In addition to being lame, the plan seems unbecoming of a suave, sophisticated man about town (similar to the lack of finesse our hero displayed in The Wolf Sitter).   Bob is much funnier and more effective when he's misleading while technically being honest.  An additional reason this particular idea is half-baked is the unforeseen side effect of costing Bob his air of refinement with multiple hiccups in front of the lady (hey, belches weren't allowed on prime time yet!). 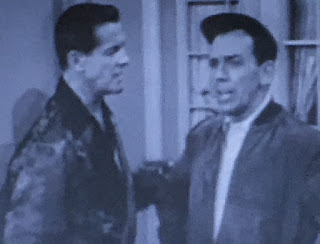 Just as hard to swallow: the idea that Collins can convince the buyers that the home is riddled with termites with some sawdust and an electric razor.  All in all, not a shining moment for the team of Henning and Wesson, and with its sketchily written leading lady, a prime example of LOVE THAT BOB really missing the contribution of Shirl Gordon during the 1958-59 season.  The show's lone female writer, Gordon left after the fourth season finale (Bob's Forgotten Fiancee).  As a result, what had traditionally been a writing staff of three or four (Phil Shuken) during the show's prime years was down to a duo.  Henning and Wesson ended up writing almost all of the subsequent year of shows--38 in all(!), a lot to put on two writers. 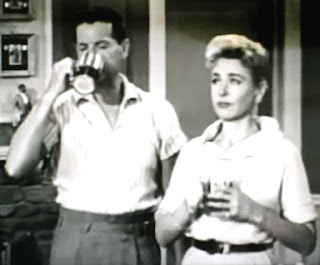 The saving grace of Bob and the Ravishing Realtor is special guest star Elena Verdugo, well known to TV audiences after starring in MEET MILLIE for four seasons.  While she is most familiar to modern audiences for her supporting role in MARCUS WELBY, M.D. (due to the sad unavailability of her earlier hit series), Verdugo was a leading lady in numerous "B" movies before gaining her greatest visibility on the small screen--her other series included REDIGO and MANY HAPPY RETURNS. 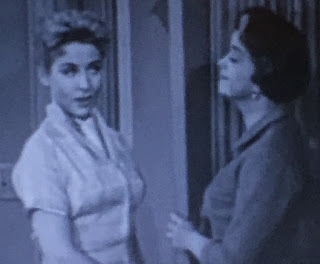 "You can look the world over and you won't find a man like this!"

Taken at face value, Bob's description of Verdugo's titular character is apt, but praise that is way too faint.  The PANAMA SAL star was still at the height of her appeal, proving to be a great reactor to our photo-snapping protagonist as he attempts to make their dealings a "howling" success.  She references his pointed ears, rebuffs him consistently, is wise to him from the get-go, and consistently about three steps ahead of the indomitable wolf.  And yet, she chooses to go out with him anyway.  That might be the biggest stretch in an episode chock full of them.  At least Cummings and Verdugo are very funny together: she returned later in the season for a two parter, Bob Helps Martha and Bob Helps Von Zell, which also had producer George Burns' long-time announcer playing himself. 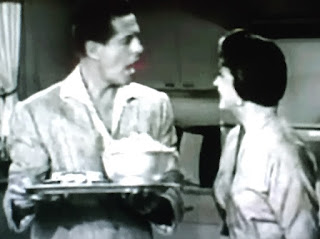 Schultzy was missing from this office-free outing, but sister Margaret attempts to pick up the slack.  Twice she warns the realtor of her brother's wolf status, and also blows the cover on his last-dtich attempt to regain the homestead.  But it's all to no avail..... 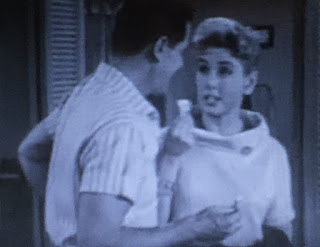 ....as Janice Tuttle decides to go up to Mulholland Drive with him after all, under the guise of "scouting" for a house for her new customer, Bob.   If she likes you after all the preceding chicanery that she was wise to, well---I'd say you have a shot here, Bobby! 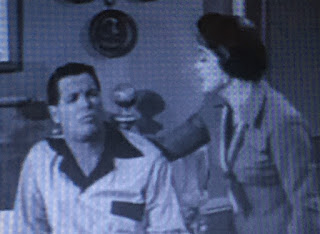 The series starts looking at bit long in the tooth at times during the fifth season, and this is one of those times.  The champagne and termites are hard enough to swallow, but Janice Tuttle going up to Mulholland with a man who tried to get her under the influence the first time she was alone with him?  Gotta think Shirl Gordon could have helped this one--Bob was usually a lot more charming in his deviousness than he is here.  Funny in spots, but below par despite Verdugo's efforts.    (** out of four)

Maybe Bob was so "fast" because he was a speed freak. Dr. Max Jacobson's injections were working their magic...