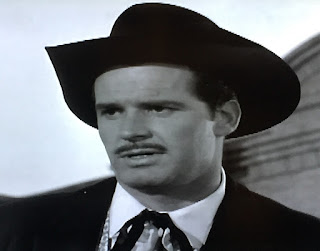 Bret Maverick rides into Elbow Bend, New Mexico shortly after a mysterious gunman robs a Wells Fargo office of $40,000 in nearby Hallelujah.  The criminal kills the clerk as he rides off, then plants his gun, hat and a few small bills from the robbery in Bret's hotel room.  Maverick soon finds himself framed for the robbery and convicted on testimony from three eyewitnesses.  Bret's facing the gallows--but while Sheriff Tucker has his man, he doesn't have most of the stolen money, and the gambler's reticence in revealing its "hiding place" gives Maverick an ace in the hole. 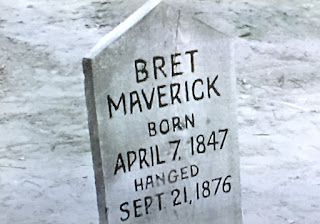 Well, that and Tucker's greed.  Taking on coroner Poole as a third partner, the Sheriff strikes a deal with the tight-lipped gambler: he'll fake the hanging and allow Maverick to slip out of town in exchange for revealing the booty's location only to the two of them.  While Poole oversees the burial of the empty coffin, Bret escapes from his captor.  The two accomplices surely can't tell the townspeople the truth, and shortly after they arrive back in Hallelujah, Maverick's widow arrives to visit her husband's grave. 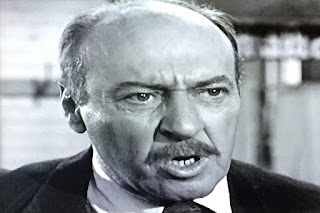 Douglas Heyes opened MAVERICK's second season with Bret's biggest pickle yet, and the elder Maverick sibling gets to show off his deductive skills away from the poker table.  The Day They Hanged Bret Maverick commences with a lengthy and largely wordless sequence (the only line, spoken by the Sheriff: "Any strangers ride into town tonight?") that ends with Bret behind bars and facing his final evening on earth. 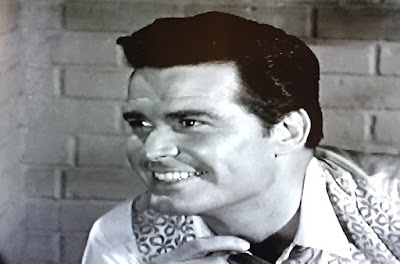 Bret takes that one opening from the dishonest Sheriff (ever-dependable Ray Teal) and escapes.  Knowing that Tucker and Poole are compromised allows Bret to return to Hallelujah in disguise in this segment's funniest scene--as his "shorter, less handsome'" twin brother.  Turns out that's a good thing, since Maverick learns that in death he's also taken on all of Cliff Sharp's crimes along with his identity.   "Bret Maverick" is now reduced to a murderer's alias, so clearing his name isn't just a desire--it's now a necessity. 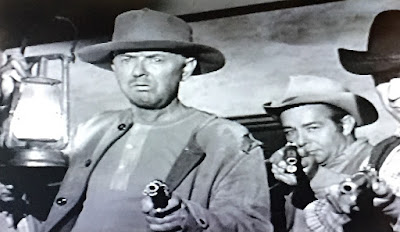 Heyes' ingeniously plotted script gives Bret plenty of opportunities to adjust his tactics to changing game conditions.  Each new revelation makes tracking down the $40,000 that much more imperative: lest Bret spend the rest of his life looking over his shoulder, facing a hanging just about anywhere he goes if his "true identity" is discovered.  Mrs. Sharp mistakes him for a lawman, and in fact Bret basically is, having to play undercover detective in order to find the man who framed him and the money stolen by that man.  By the time all is said and done, Maverick's ability to read people has saved his life twice and taken him to the money that eluded the "real" law men. 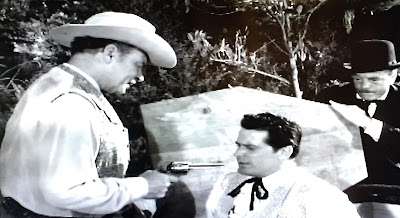 The professional gambler having higher morals than the upstanding citizens?  It's a satirical well often mined by MAVERICK, and seldom more ironically than in The Day They Hanged Bret Maverick.  In one of Heyes' best bits of business, a betting pool emerges in Hallelujah's saloon on whether their doomed scapegoat will reveal the location of the loot before his last breath--with nary a voice in opposition.   The Sheriff also reveals that is heavenly Hallelujah's first court-sanctioned execution. implying that lynchings weren't uncommon before.  So much for there being "a little bit of good in the worst of us", as the Mayor says repeatedly. 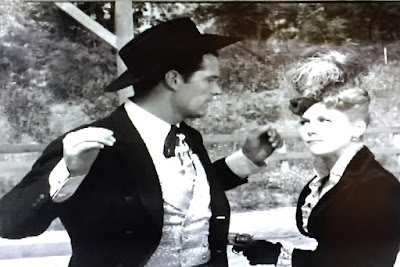 As he often does, Bret Maverick gets to point out their hypocrisy in the end: it not for the greedy, corrupt officials who are now behind bars, an innocent man would have been hanged.  The Day They Hanged Bret Maverick ends with the Sheriff in jail for setting an innocent man free, and Molly Sharp is facing trial despite the fact that Cliff Sharp is dead and the money is returned, eliminating all possible charges.  "Now what's going to happen?" is Coroner Poole's frequent question, and whatever does apparently won't be dictated by any logic.  Hallelujah is no place for a poker player.  Little wonder Bret, Bart and the former's mustachioed twin all avoided it in future segments. 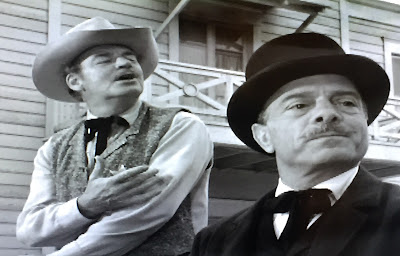 No poker for Bret, though he plays solitaire in his jail cell and cuts cards once with the "widow" later.  Perhaps it's a good thing that Bret didn't make it to the table in the opener of MAVERICK's sophomore season, given the way his luck is going: a coin flip with brother Bart started him on his path to Hallelujah in the first place.  He doesn't start "running good" again until he wins the cut with Molly Sharp at the dinner table. 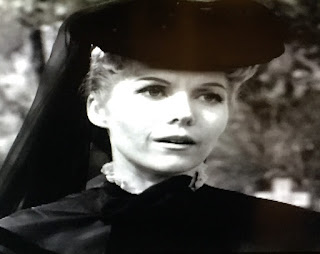 HOW MANY TIMES DOES BRET GET A GUN PULLED ON HIM?

Twelve, with nine of those being the posse from Elbow Bend that rouses him out of bed in his hotel room.  Not sure if that's a record; something new to start tracking?

Two stand out.  How did Bret fire seven shots without reloading at the farmhouse?  And, how did he get his hat back before he located Cliff Sharp?

"There's more than one way to please a lady."  Not the wittiest Pappyism, nor the most profound.  But it certainly fits.  Bret's charm is a great equalizer against Cliff's combination of money and menace. 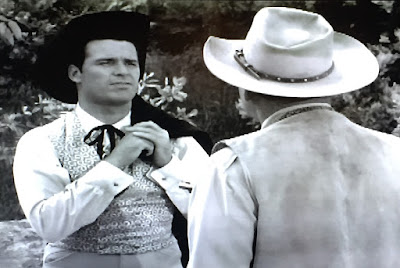 Those two nagging questions aside, MAVERICK was a finely tuned machine at the outset of its sophomore season.  As was often the case with Heyes, his script stands up to repeat viewings, with many lines becoming funnier the second or third time around.  A solid tone-setter for not only this show's finest year, but one of the best ever for any scripted series.  (***1/2 out of four)