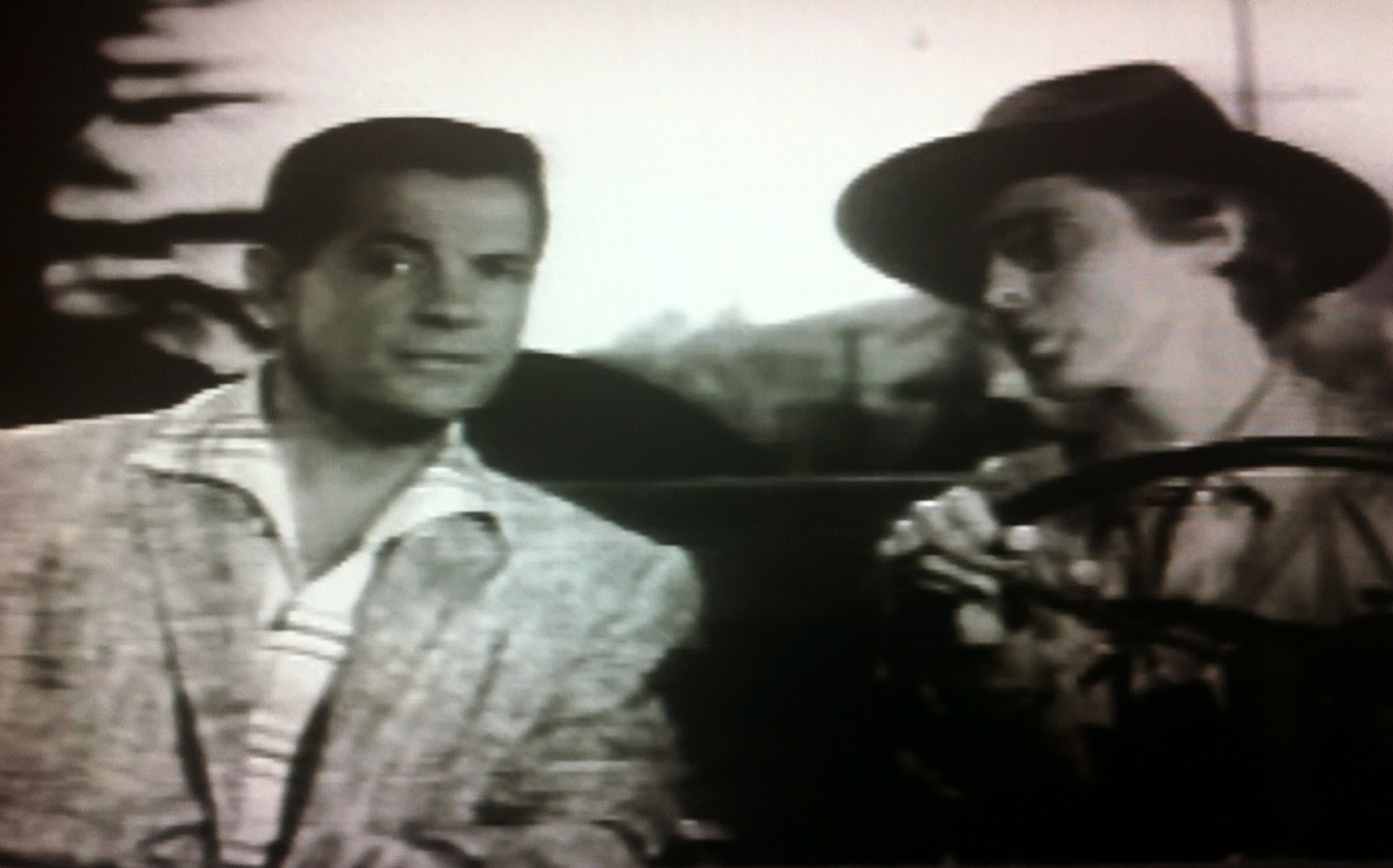 Ace photographer Bob Collins has an in-studio beach layout with Shirley Swanson and several other models that will probably stretch into the evening hours.  Work must come before play, but two of Bob's friends have other ideas: scientist Bill Lear and birdwatcher Pamela Livingstone.  Lear wants Bob to leave the office and photograph UFO's.  Lear's a believer, Bob isn't, and Bob turns him down--nodding to Shirley, Bob states that he "prefers a dish to a saucer". 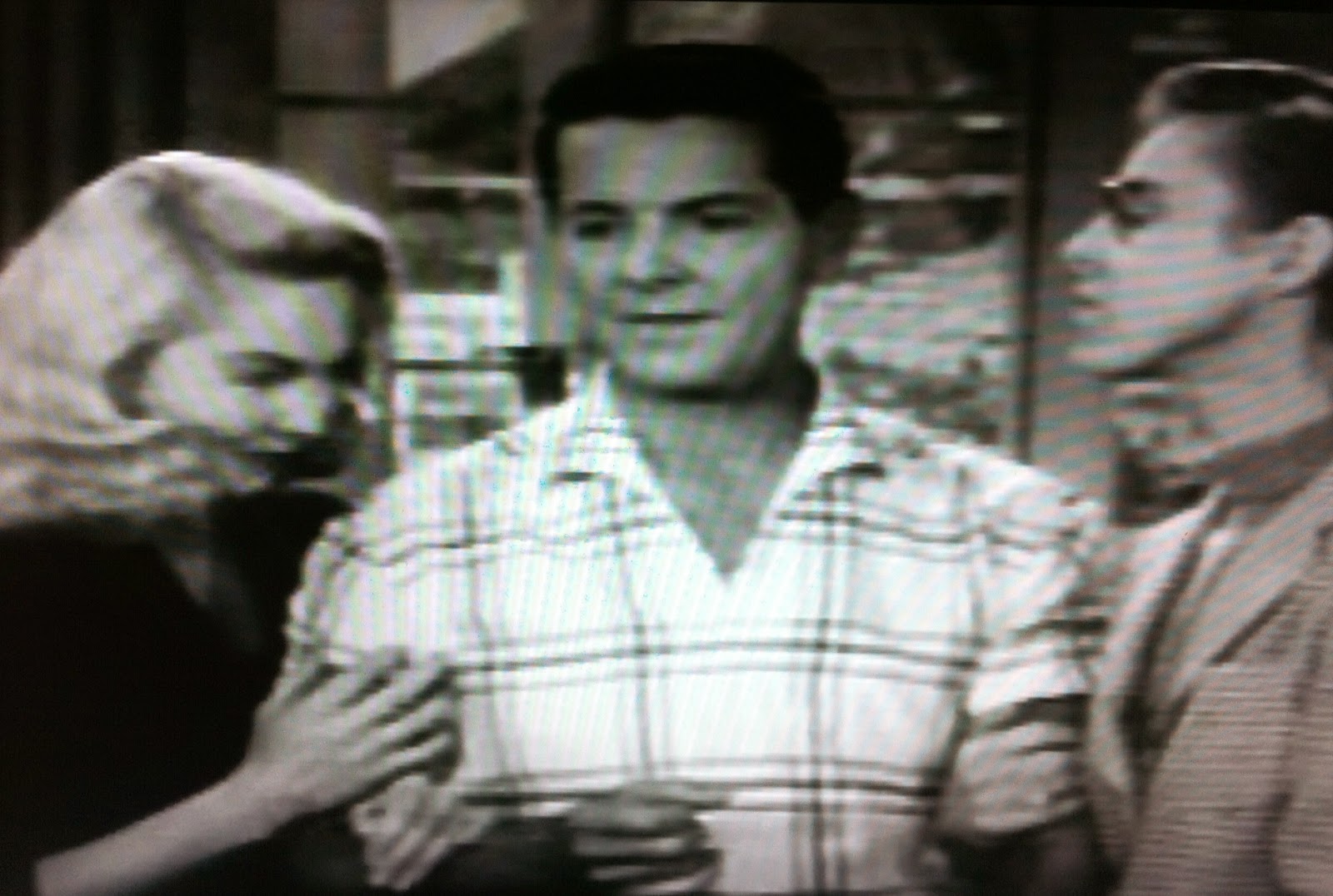 As for beanpole ornithologist Pamela Livingstone, she doubts Bob will resist the opportunity to photograph a rare and endangered bird, and is prepared to use her feminine wiles to entice him.  While the future Miss Jane Hathaway has little success in that regard, her chances improve once Bob sees the picture she's brought along from her last outing: 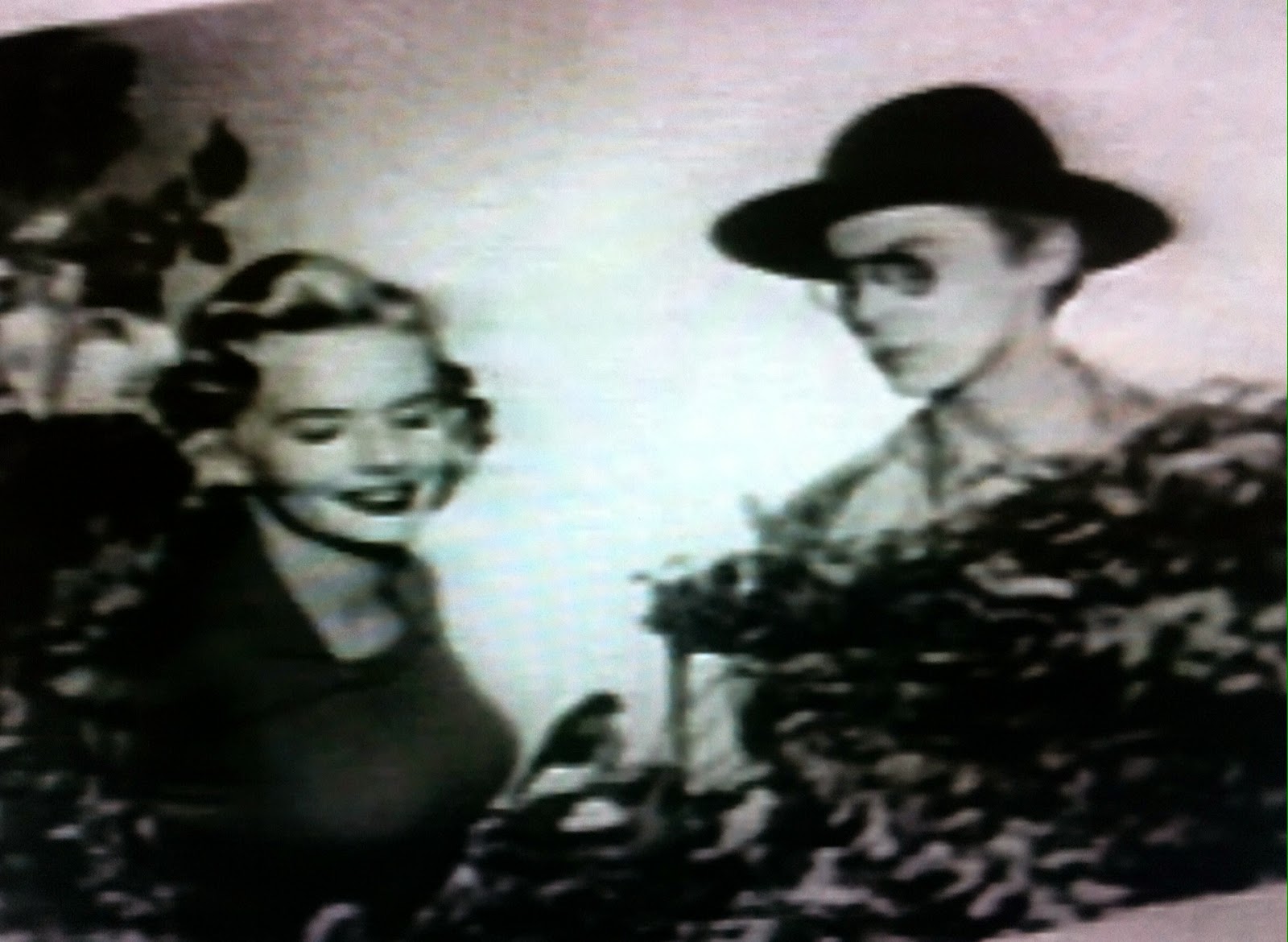 True, Bob already has a sure thing right there in the photography studio, but getting strange is the name of the game on LOVE THAT BOB.  Bobby Boy smoothly gets Cecily's number and the game is afoot, but is he up for every obstacle he's going to face? 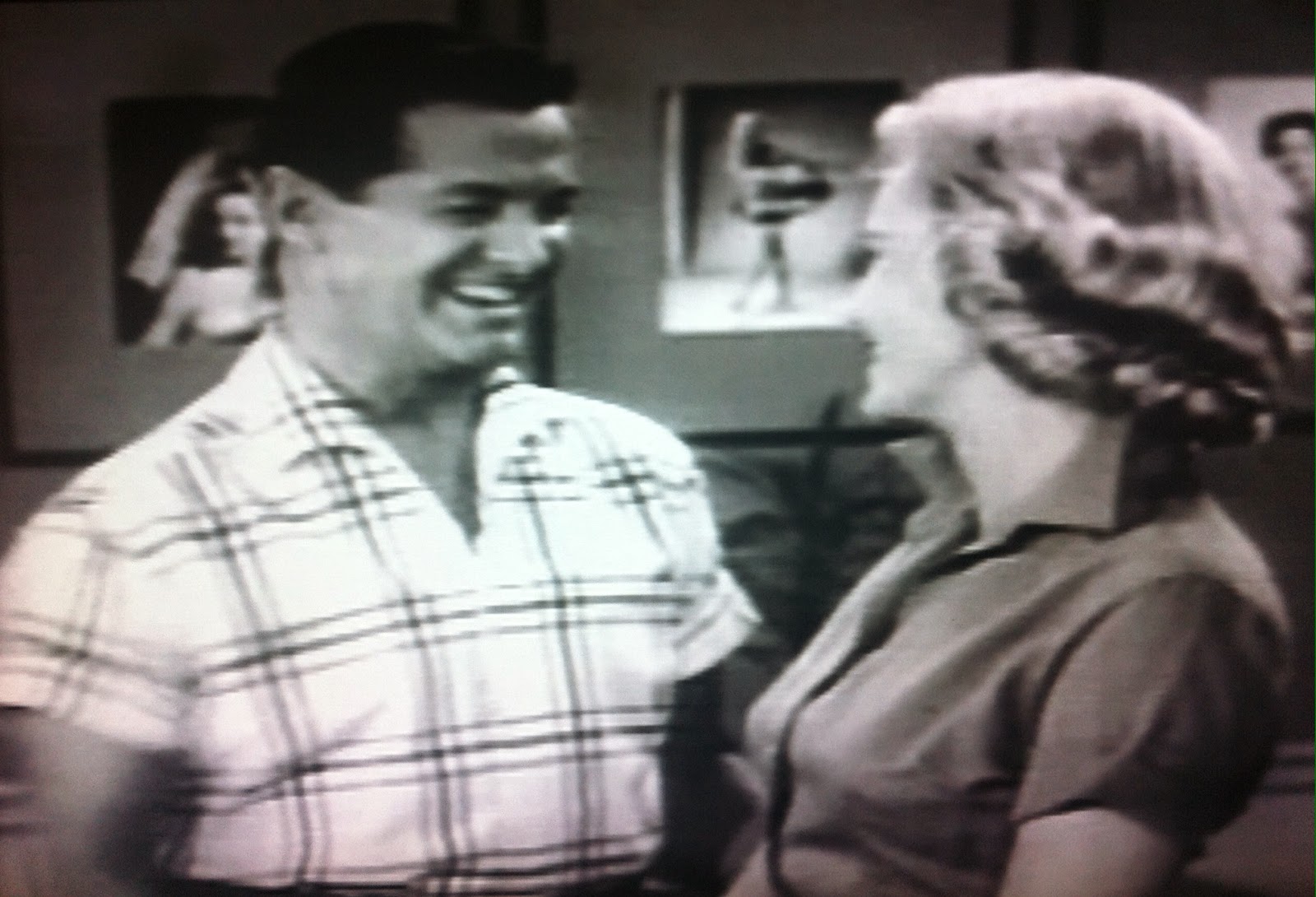 In Bob Goes Birdwatching, Bob Collins meets the female version of himself.  Cecily appears to fall for Collins at first sight, though we find out it isn't that difficult to pique her interest.  Her body language indicates that she's charmed by the photographer, but she appears to forget all about him once she meets Bill Lear--at least initially.  It's clear from Pamela's stories about Cecily that she "gets around" at least as much as Bob does.  She appears from our vantage point to be a perfect match for TV's biggest horndog. 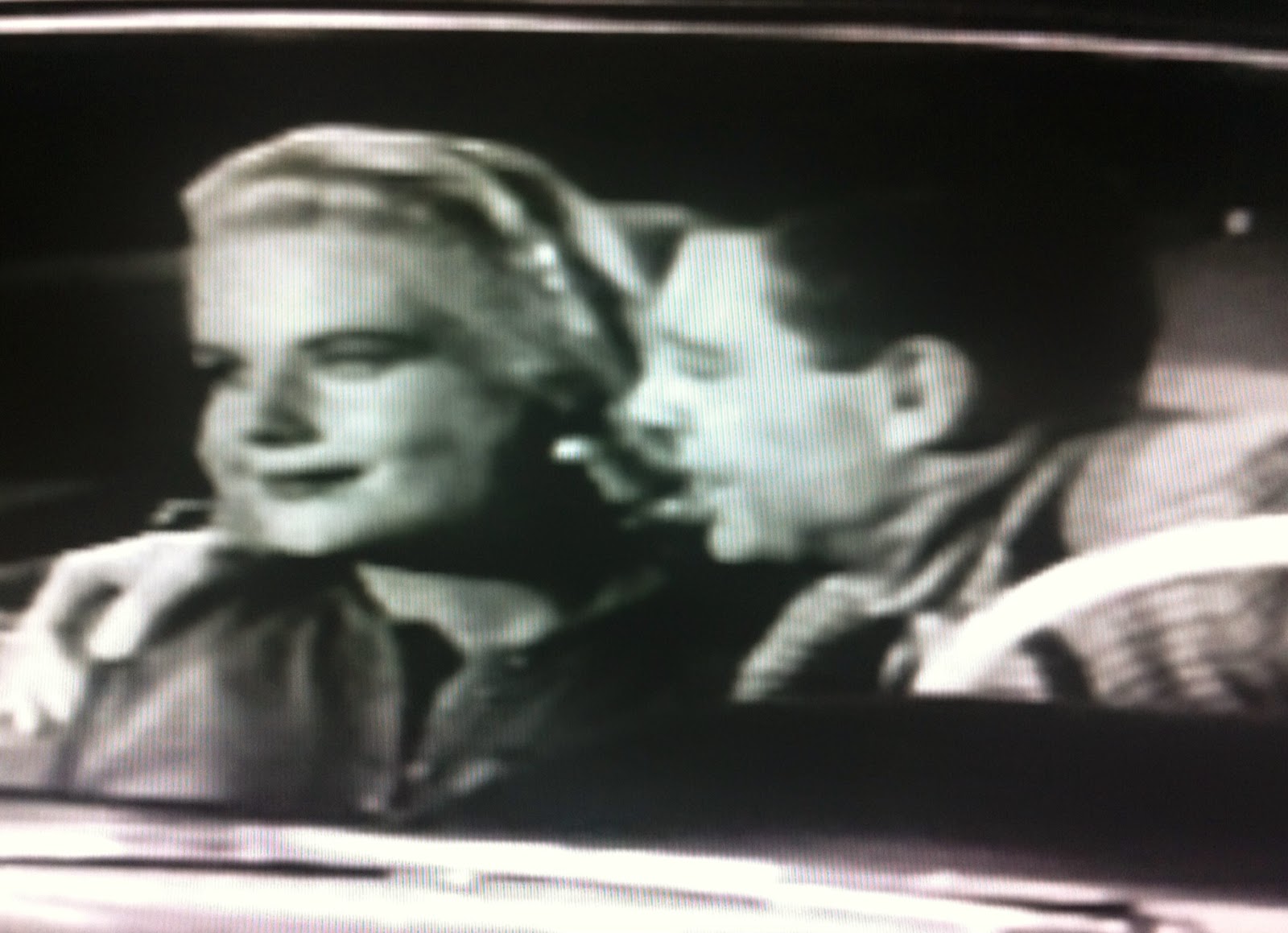 The real Bill Lear was a friend of Cummings (also a Missourian) and inventor (Learjet, the 8-track tape).  The fictional Lear first appeared as a would-be suitor for Margaret in Bob Meets Bill Lear, but his social ineptitude is almost painful this time.  He appears to have a chance of his own with Cecily at first, but proceeds to blow it as he tells her all about Bob's past escapades--things he thinks will make her "downright hate him".  Of course these stories have the opposite effect.  By episode's end, Lear is embarrassingly reduced to spiteful cock blocking alongside Miss Livingstone. Best known for starring in DESTINATION MOON (1950), John Archer made multiple appearances as Lear during the final two seasons of LOVE THAT BOB.

Charming Patricia Cutts was a blonde beauty who made the rounds of episodic television throughout the Fifties and Sixties. The daughter of British silent era director Graham Cutts, she was probably best known for the 1959 horror classic THE TINGLER.  Ms. Cutts suffered from bipolar syndrome, and sadly committed suicide at age 48 with an overdose of barbituates. 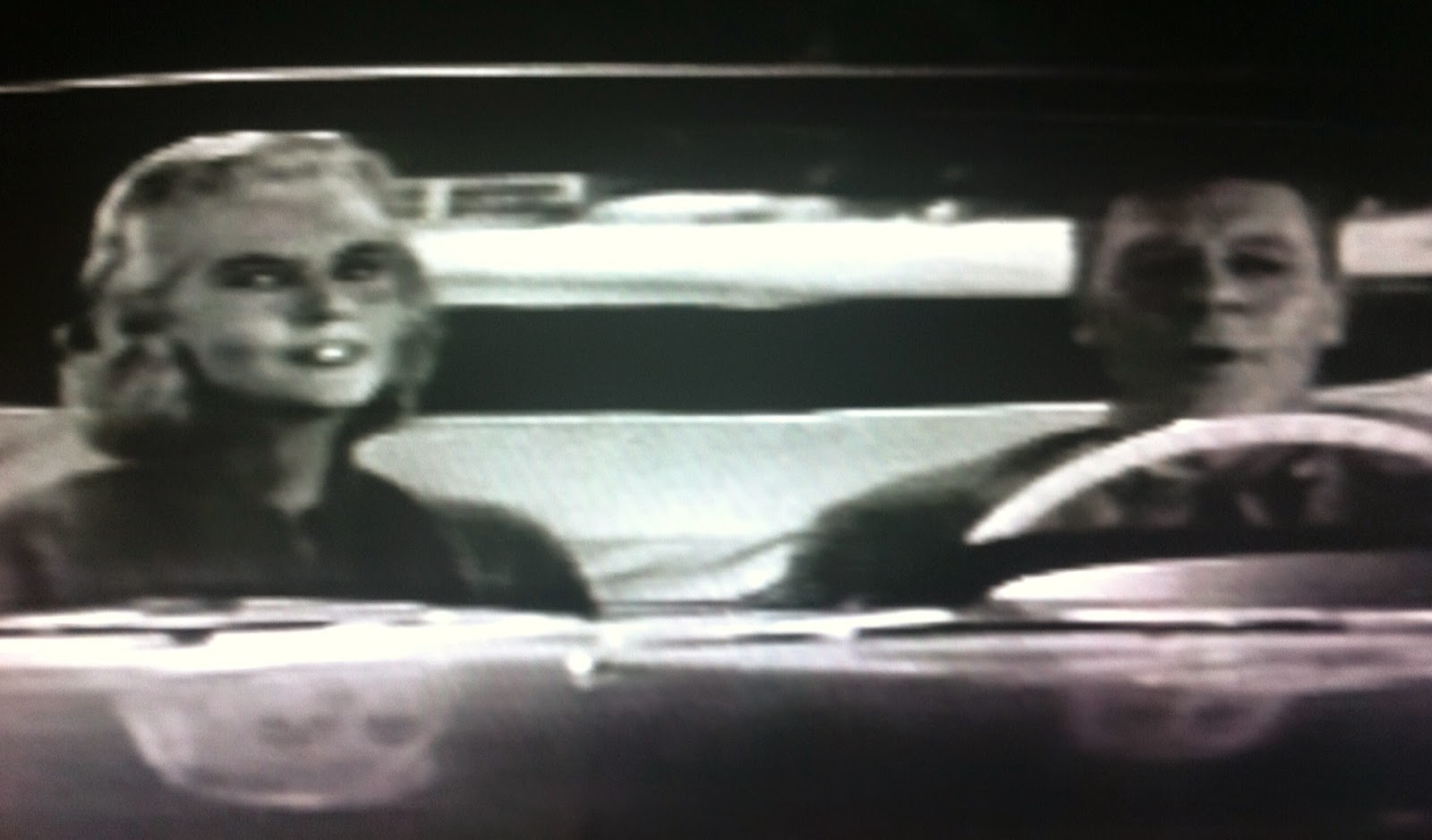 Every fourth season episode of LOVE THAT BOB was written by the team of Paul Henning, Shirl Gordon and Dick Wesson, and the quality of their scripts stayed impressively consistent when one considers they produced 36 episodes during that 1957-58 season.  They even found a little time to give us the lowdown on the UFO craze of the late Fifties, with Collins noting that the Air Force has had an explanation for "98 percent" of the reported sightings.  "What about the other two percent?" is Lear's counter.

Bob Goes Birdwatching is marred only by a resolution that will be lost on modern audiences, with Charles Coburn appearing as the elusive Sir Humphrey Mallard--or is he?  Nicknamed "The Monocle from Georgia", Coburn co-starred with Cummings numerous times during the height of Robert's film stardom (PRINCESS O'ROURKE, THE DEVIL AND MISS JONES, KING'S ROW).  The studio audience applauds Coburn wildly: the long-time theatre actor made his film debut at age 60(!) in 1937 and won an Academy Award for 1943's THE MORE THE MERRIER.  Coburn is far from a household name today, and the then fairly recent past history between the two actors is too obscure of an in-joke now.  A spry eighty-one at the time, Georgia native Coburn was often thought to be British.  Widower Coburn remarried the following year (bride Winnifred was forty years his junior) and continued acting in films until his death in 1961. 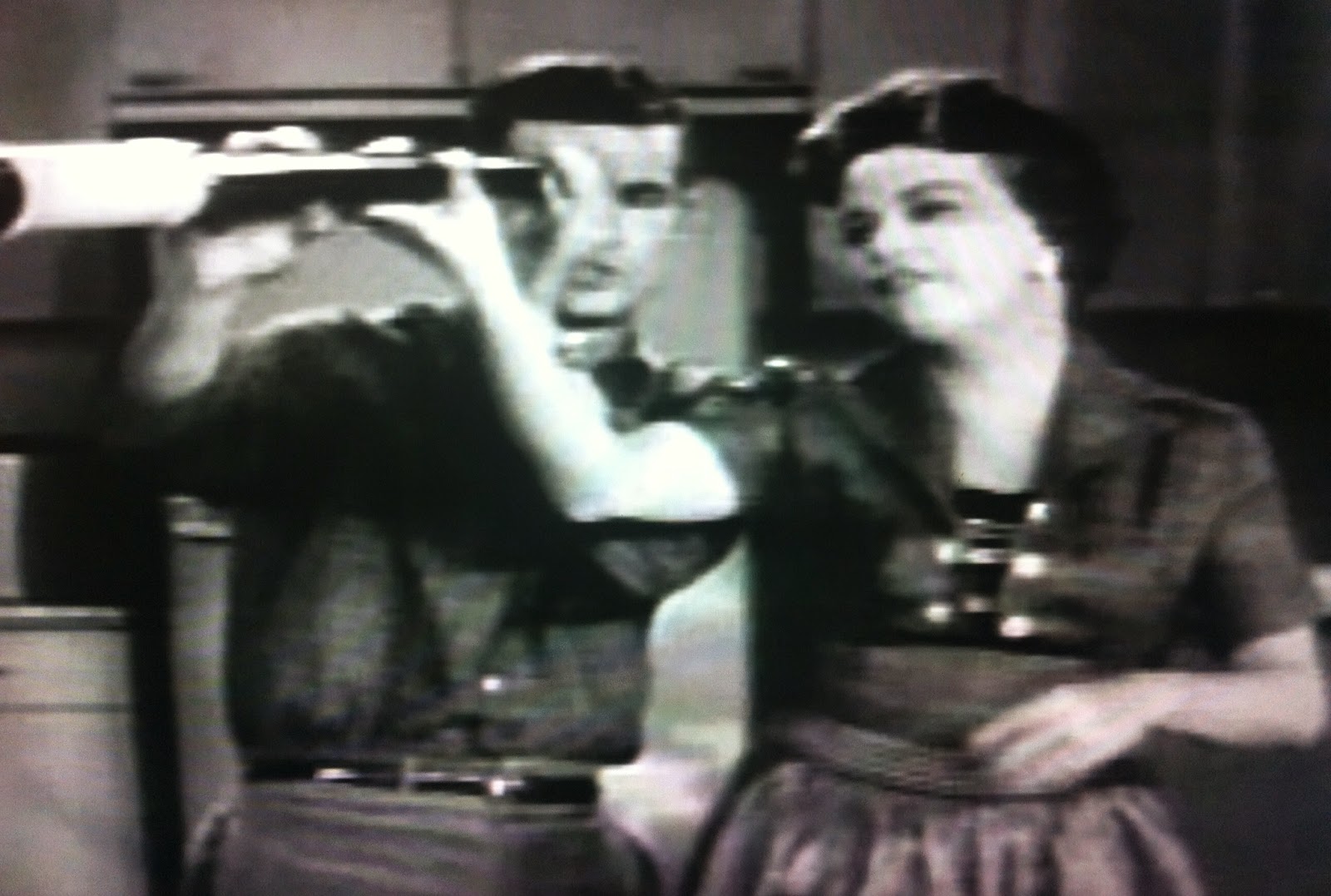 LOVE THAT BOB is a series often accused of sexism-- with some justification, though it should be noted that Shirley Gordon co-wrote over half of the show's 173 episodes.  Refreshingly, in Bob Goes Birdwatching we have a beautiful female guest star who is just as sexually liberated as playboy Bob Collins--pretty progressive for 50's TV.  Let's just say that I'd love to know who wrote what for this installment.  Nancy Kulp is a hoot as always, and Cummings does double duty again as director and keeps things light and brisk throughout.  The denouement will fall flat for 21st century viewers, and the "special guest star" surely doesn't look like he could keep up with Cecily.  At least, not with the little blue pills still forty years away.  That said, a sub-par ending isn't nearly enough to spoil a very funny half hour.  (***1/2 out of four.)

DID BOB SCORE?  No, but it is a damned admirable effort of clearing every hurdle--except one.
Posted by Hal at 4:28 AM

Thanks for the review. Just posting to let you know someone read it and was amused and enlightened.

Thanks for reading Sunshine!