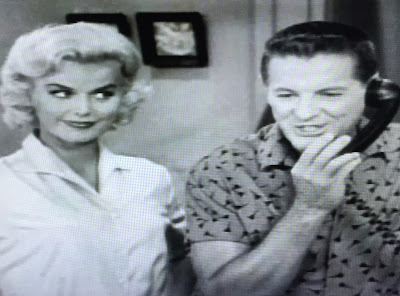 Bob's widowed sister Margaret is concerned about her son Chuck (now in college) being influenced by Uncle Bob's attitude towards women.  Model Gwendolyn is the latest to be hinting about marriage, so Bob creatively gives her the brushoff with a (technically truthful) story about a trip of "undetermined length".  Chuck witnesses this, and Margaret witnesses her son trying out some of Uncle Bob's lines. 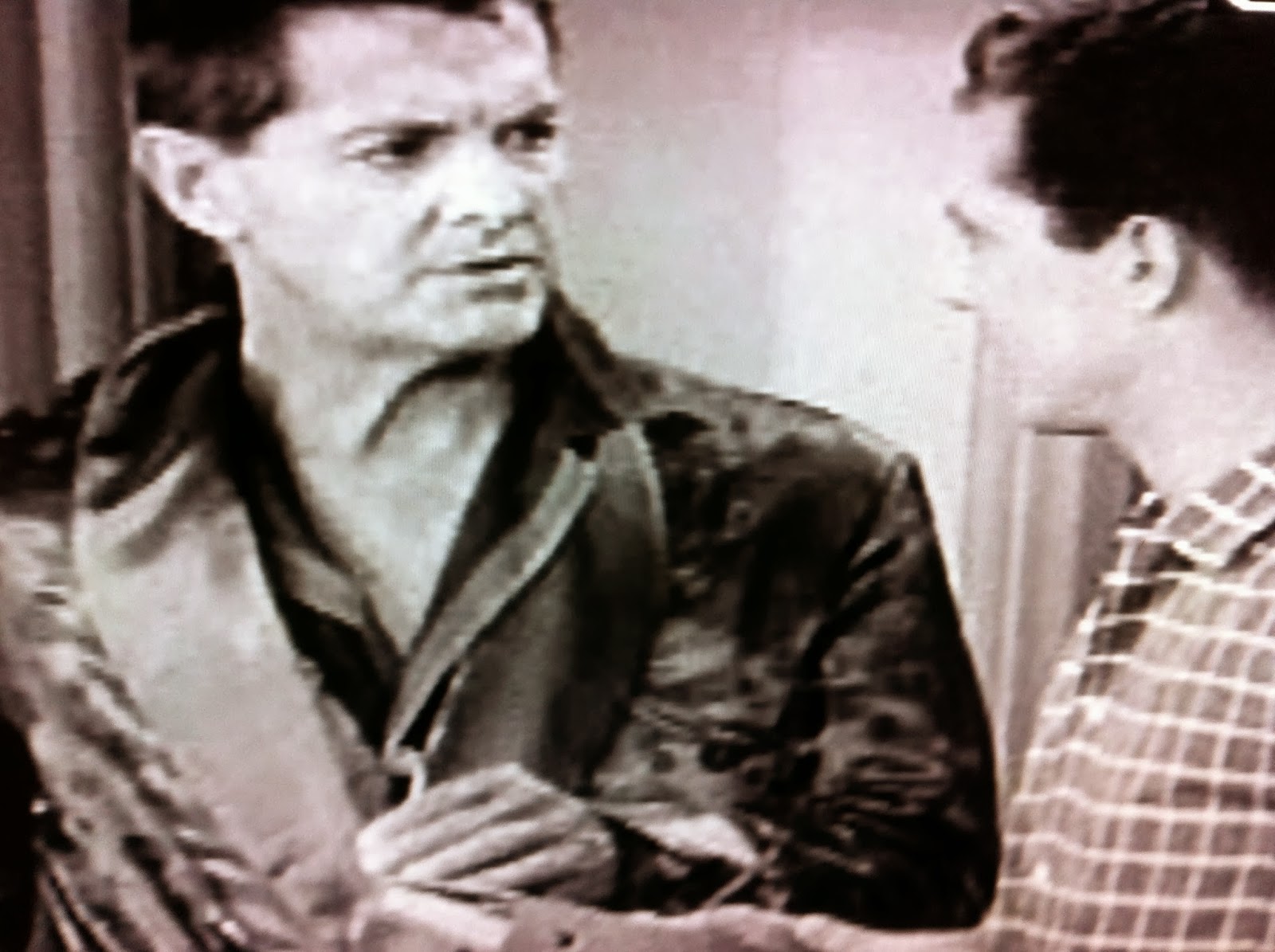 Bob is unrepentant when she confronts him, advising her that it's about time she stopped playing "Mother Hen" and started going out herself since Chuck is about to "fly the coop".  The ladies' man comes to regret this heated advice when he brings his latest model (Barbara Lang) over for a date and ends up with no car, jacket, food or credit card to impress her with. 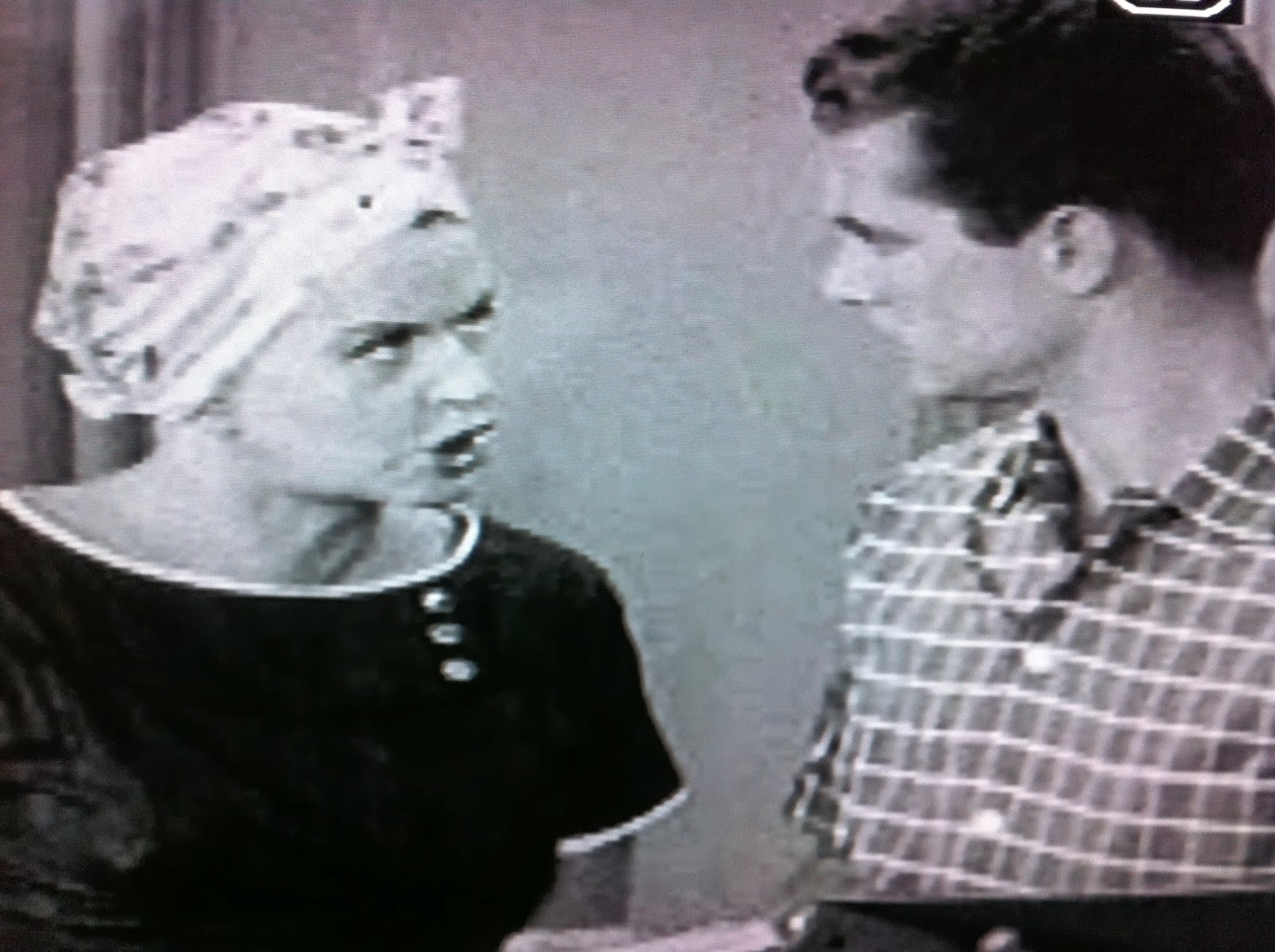 Nearly 150 episodes in, and only a half season from the finish line, LOVE THAT BOB is still exactly the same show it was at its January 1955 outset, which is a good thing.  The youth revolution is still in the (now near) future, so Chuck is still Grasshopper to Bob's Master Po on all matters of the fair sex.  Schultzy is still pining for Bob, normally on his side but all too eager to give the playboy photographer his comeuppance in this case (since it involves foiling his latest attempt to bed a beautiful model). 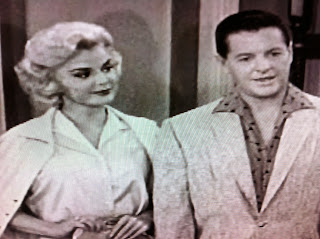 And the ladies are still lovely (and usually twenty years younger than Cummings).  In this episode, the spotlight is on the rarely seen Barbara Lang.  Like LOVE THAT BOB's go-to bombshell Joi Lansing, Lang was one of episodic television's answers to Marilyn Monroe in the Fifties, frequently guesting on Warner Brothers' shows (MAVERICK, LAWMAN, 77 SUNSET STRIP).  Lang missed out on the opportunity to play opposite Elvis in JAILHOUSE ROCK and unfortunately had both her career (she retired from acting in 1961) and her life shortened by various health issues stemming from a 1953 bout with polio.  Sadly, Lang was only 54 when she passed away in 1982.

Anne Neyland (briefly seen here as Gwendolyn) did appear in JAILHOUSE ROCK, and the part originally intended for Lang went to the even more star crossed Judy Tyler.  Tyler was killed in an automobile accident at 24 before the film was released.

Cummings helmed virtually all of the final two seasons himself--73 of the 74 episodes.  He never directed episodic television outside of his biggest hit, but his work behind the camera was consistently solid, making the most of every gag whether verbal or visual.  The sharp acting supports Dwayne Hickman's remembrance of Cummings as a stickler for rehearsal.  Many have noted that Cummings' somewhat theatrical mannerisms were out of style less than a decade later, but he knew his comedic strengths well, milking each double entendre from the Henning/Wesson script for all it was worth. 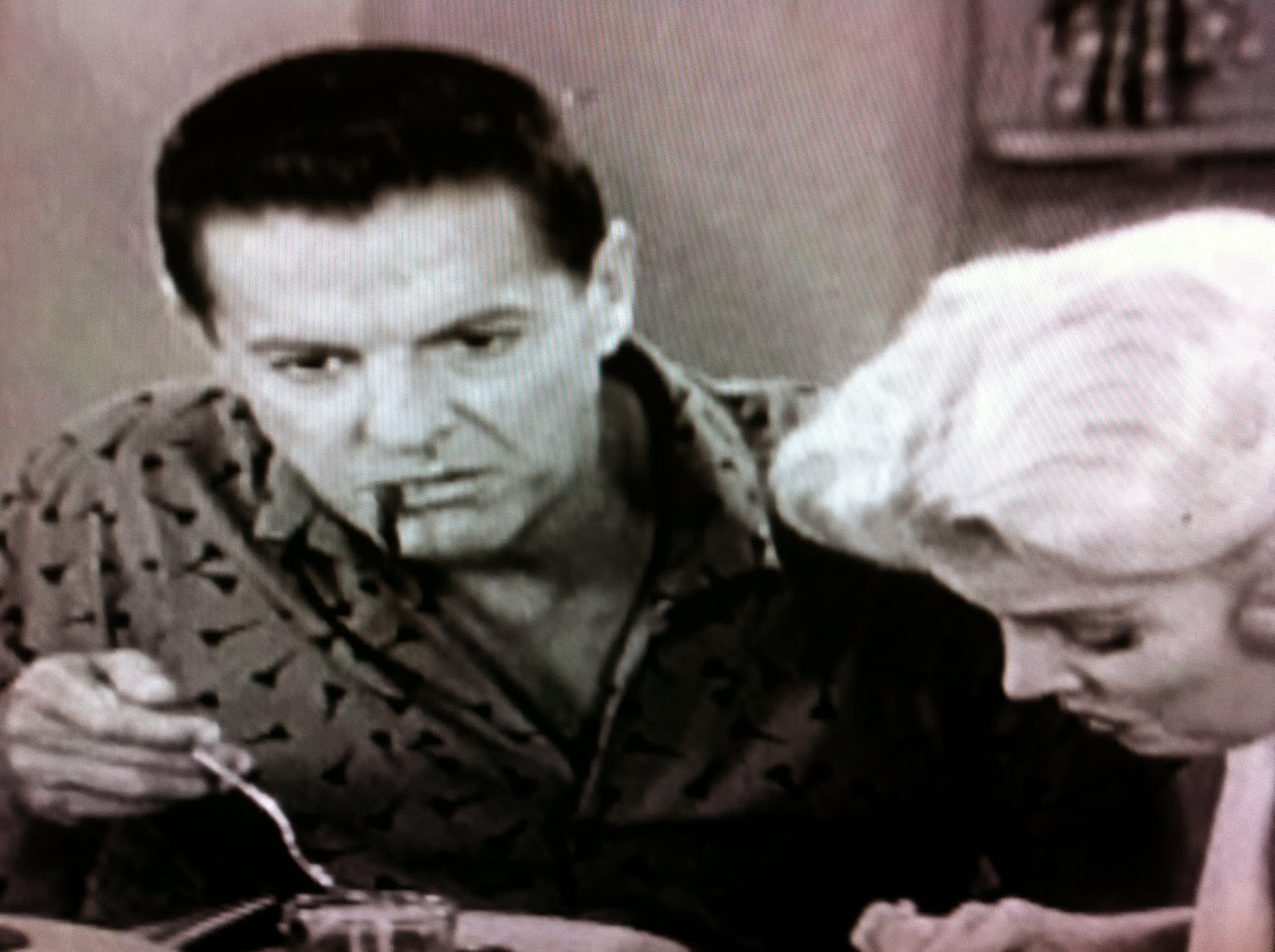 LOVE THAT BOB was always a show that can be appreciated on two different levels.  It's a well written Fifties sitcom, with misunderstandings and wit not unlike that of Henning's later smash THE BEVERLY HILLBILLIES, only more sexual.  Much more.  It's also well directed and acted (Davis won two Emmys and Cummings was nominated three times).  But it isn't much of a stretch to see it as the 1950's equivalent of (say) a Playboy or Penthouse photographer who has been really affected by 15+ years of scantily clad models half his age throwing themselves at him, and----oh Hell, you have the link to the series overview in the first paragraph, just read it!  Whether you consider it "good TV", or "so bad it's good" TV, LOVE THAT BOB is a must see.

Margaret, once Bob unwisely ran his mouth a little too much early.  She had assistance from Schultzy and even Chuck!  Doesn't anyone want to see this man get laid?

The self-contained storyline of Bob Plays Margaret's Game was something of a throwback to the show's early days by this time, as Paul Henning filled the last two seasons of LOVE THAT BOB with several multi-episode story arcs.  It is atypically lacking in action at Bob's photography studio, but otherwise serves as a great introduction to what LOVE THAT BOB was all about.  In other words, it's as witty, campy and un-PC to modern eyes as any other episode.  (**** out of four)

Want to see BOB PLAY'S MARGARET'S GAME for yourself?  Here ya go:

Oh, and DID BOB SCORE?

I'd say he batted .500.  He had to have scored with Gwendolyn, but definitely struck out with Doris.
Posted by Hal at 6:26 PM