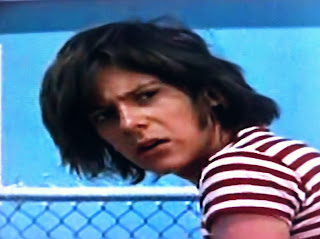 At seventeen, high schooler Tabori manages to juggle a relationship with virginal classmate Miles and an affair with thirtyish Mason (wife of wrestling coach Miller).  Tabori lives with his divorced mother Joyce, who's hoping to woo potential meal ticket Dick Van Patten (her real life brother, in unusual casting) away from his wife.  When reality starts to turn conquests into consequences, Tabori's swagger starts to stagger.  Will it be replaced by a permanently life-altering event, or newfound maturity? 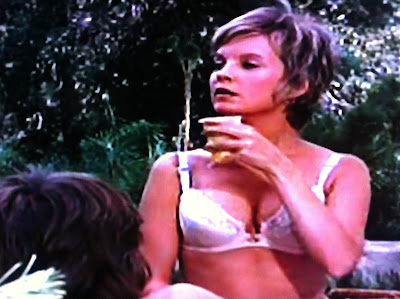 A smoothly made feature from the much-heralded TV director Erman (ROOTS, AN EARLY FROST), MAKING IT holds up better than most of the generation gap comedies that followed in the wake of THE GRADUATE.  In fact, MAKING IT (actually more of a dramedy) mentioned that film on its poster ("the most meaningful film about growing up since..."), but here stud Tabori reverses Dustin Hoffman's character arc in the 1967 landmark, going from cocksure to uncertain as MAKING IT progresses.  Well, at least he's cocksure on the surface.  Like a duck, Tabori puts up a good front while he frequently hints at the child paddling underneath this worldly know-it-all (who says he's "smarter than 99 percent of the people I meet"). 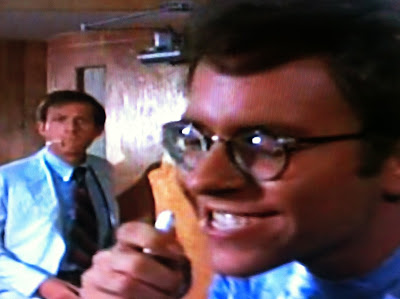 Erman coaxes fine, natural performances out of the performers from both generations, with Babalan (as Tabori's sexually deprived, wiseass friend) and Pressman (as the cool English teacher who sees through Tabori's facade) especially good. The latter pretty much speaks for the audience when he tells Tabori that "I can't tell if you're just a cynic, or a parasite".  Neither can we.  For much of the film, his lines and guises walk a fine line, and it's amusing when he dons a fake mustache and shades to pick up college girls and sneak into nudie bars.  But he goes too far when he's lacing Miles' shrimp with drugs and later, manipulating her mother Latham in an attempt to avoid responsibility for his actions. 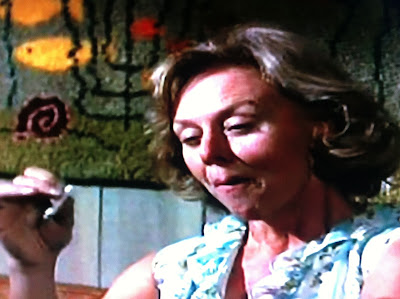 Erman and screenwriter Peter Bart (yep, the future VARIETY editor) pull no punches in resolving the dual storylines for mother and son, and their relationship is interestingly presented throughout.  MAKING IT also provides an educational look at attitudes on then-illegal abortion in the years immediately preceding Roe v. Wade.  (Also look for something you'll never see in a doctor's office today during preparations for the procedure.) 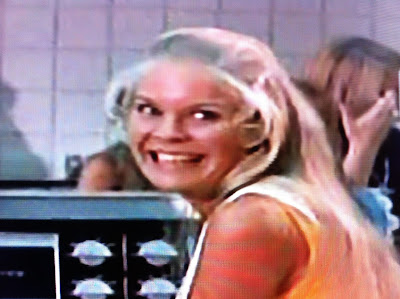 A relic of its era?  Sure, in many ways, but MAKING IT is also an effective and still worthwhile sleeper.  In addition to showcasing some underappreciated talents (like Tabori, the son of director Don Siegel and actress Viveca Lindfors), the filmmakers avoid the pretentiousness that sunk several of the era's films about the generation gap.

It was never even released on VHS, and I'm really not sure why MAKING IT slipped into semi-obscurity.  It's racy without being very raunchy, and it isn't like teenage boys with thirty year old women was out of line in the 1971 film world (witness the must-see PRETTY MAIDS ALL IN A ROW).  Does the casting of the Van Patten siblings as lovers cause some discomfort? 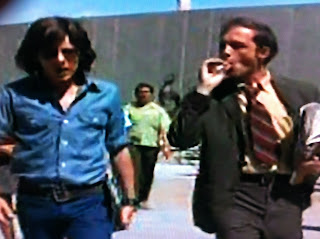 Those who liked the numerous coming of age films with a male protagonist of the 1980's are likely to find much to like in this slightly different entry from the previous decade.  MAKING IT doesn't skimp on the humor or nudity and remains engaging even when its protagonist teeters on the edge of arrogance.  Worth DVR'ing next time it airs on Fox Movie Channel.