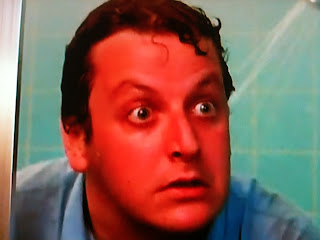 
Stockbroker Stern aspires to have a baby with wife Mayron and to "get out of the bullpen" and into an analyst's position at work, but is failing at both tasks.  The first goal has been hindered by a low sperm count, and the second by a plunging outlook for a presentation Stern has been planning for weeks.  But with mentor Jacobi's help, Stern gains an audience with neurotic Plummer, the quintessential style over substance boss.  This puts Stern in direct competition with experienced, toadying, "flat-haired" Mull.  With Plummer unable to decide after a lunch meeting, he insists that both men bring their wives and join him for a Palm Springs company weekend---that night. 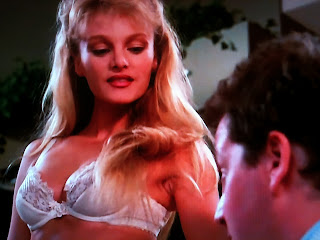 It's a long-awaited opportunity, but Stern's problems are just beginning.  Mayron is working with eccentric photographer Stevens to meet a publishing deadline, and Stern receives advances from sultry Dombasle at the train station.  Once he boards, Stern learns that not only is Dombasle on the same trip, she's the Boss' Wife--and his own wife is on her way to the station with Stevens along for the ride. 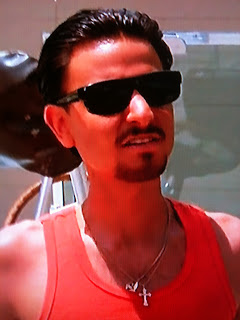 The only feature to date directed by screenwriter Ziggy Steinberg, THE BOSS' WIFE is also his funniest film.  Faint praise considering the competition (ANOTHER YOU and PORKY'S REVENGE) but Steinberg assembles a terrific cast and provides several great jokes here amidst numerous predictable ones.  THE BOSS' WIFE also benefits from a solid helping of corporate satire in its opening third. 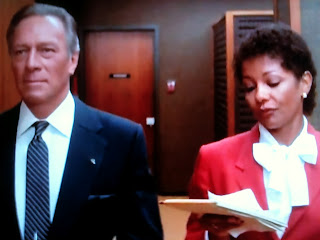 In one of his few comedies, Plummer swipes the show as the clueless train-obsessed Boss who is even more of a worker's nightmare than OFFICE SPACE's Bill Lumbergh.  He egocentrically places his logo everywhere, ignores facts (which "just confuse him," Jacobi advises) and intimidates everyone around him without ever raising his voice.  The one time he does shout (about missing lunch condiments) is arguably the film's funniest moment. 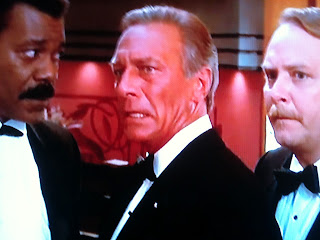 Mull is also perfectly cast as the smarmy ass-kisser who's been waiting for years for the position he's competing for.  Stevens, fresh off of his turn as Indian Ben Jahrvi in SHORT CIRCUIT, plays Mayron's Hispanic client Carlos and gets the bulk of the choice lines, stealing virtually every scene that Plummer doesn't. 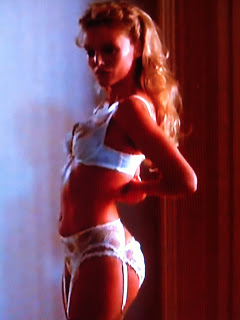 SO FINE (1981) came to mind more than once while I was watching THE BOSS' WIFE.  Both are attempts to raunch up the classic screwball sex farce for the 1980's.  Each featured an unsatisfied and exotic trophy wife coming on to a milquetoast hero in a shockingly blunt way, with said hero facing competition from the company asskisser, trying to gain favor with a pedantic superior, and facing great danger if he's caught with the wife.  Unfortunately, Steinberg lacks Andrew Bergman's attention to detail and adeptness at maximizing comedic possibilities. 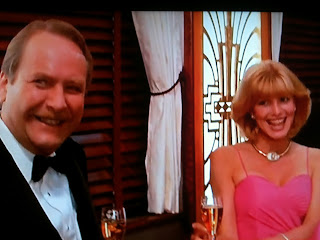 Stevens' aggressively rude artist offers a key example.  His project is a photobook called "Faces of Anger", for which he approaches strangers, intentionally angers them, then snaps their reaction.  One of the film's best sight gags involves the collage of subjects on his wall.  He never stops working, even when Stern and Mayron are the only others in the room.  Steinberg is wise enough to put Stevens on the train to Palm Springs, but foolish enough to have Stevens leave his camera back at the station.  Not only do we miss out on the opportunity for more "Faces of Anger" on the trip, but it also undermines the character--how could such a dedicated craftsman abandon his pet project and pending due date for the whole weekend? 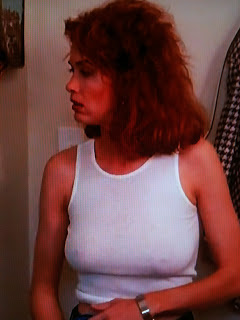 Dombasle shows off her physical assets frequently.  In her best scene she wordlessly (and very literally) leaves an impression during Stern's dinner with an incredibly unsuspecting Plummer, but unlike SO FINE's Mariangela Melato she isn't given a sympathetic side or much verbal wit in Steinberg's screenplay.  As a result we have more unrealized potential with multi-talented Dombasle (well known as a model and singer overseas) wasted as one-dimensional eye candy.

THE BOSS' WIFE was mostly ignored when it was dumped into a handful of theatres in November of 1986.  While the uneven film isn't quite what it could have been, it is still worth watching for a few stimulating setpieces and the very funny performances from Plummer and Stevens. 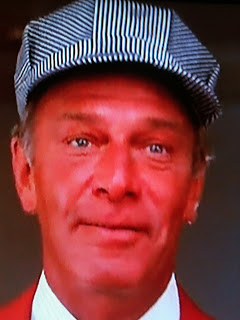 While THE BOSS' WIFE is still lacking a formal DVD release, it is available as a download only at iTunes and Amazon.  Curiously, the download isn't compatible with HDTV, but the film has turned up recently in HD on Sony Movie Channel. 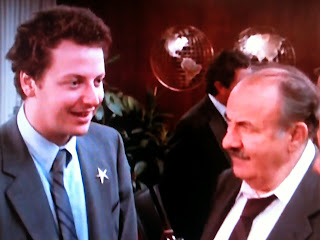 Plummer.  Stevens.  Mull.  Dombasle's nudity.  Maybe not in that order.  Your mileage may vary, but at 83 minutes, THE BOSS' WIFE won't ruin your day if you don't find that many chuckles.
Posted by Hal at 5:48 PM

Fisher Stevens is BRILLIANT in this. I loved his announcement on his answering machine: "Fuck you, man!"