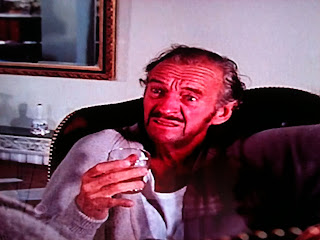 
Retiring Scotland Yard Inspector Niven wants to go out in a blaze of glory by capturing wealthy restaurant owner Reynolds, who Niven suspects is moonlighting as the world's most successful jewel thief.  Knowing his prey's weakness for the ladies, the officer blackmails gorgeous kleptomaniac Down into acting as the bait luring Reynolds into "one last job" for jewels worth $30 million--and Niven's entrapment. 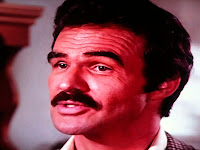 ROUGH CUT's biggest strength is Burt Reynolds' performance.  The star was at the peak of both his commerical and critical standing following a Golden Globe nomination for STARTING OVER.  One brief "Burt laugh" early (as he leads Littler into his room) is his only moment of self-indulgence as he pays homage to friend Cary Grant (including a Grant impression in the first scene) and acquits himself nicely.  Reynolds is suave and assured, with sprinkles of self-depreciating humor via his character's penchant for (mediocre at best) impressions and disguises.  Surprisingly, it is Down and not Reynolds who leads the police through car chases in England and France.

It certainly appeared in 1980 that producer David Merrick (SEMI-TOUGH) had a sure thing with the talent assembled behind the reigning box office king and leading lady Down (UPSTAIRS, DOWNSTAIRS).  Venerable Oscar winner Niven was cast as Burt's adversary, and Don Siegel directed, fresh off ESCAPE FROM ALCATRAZ and working with Burt for the first time.  Larry Gelbart (M*A*S*H) scripted, and Nelson Riddle provided the classy score.

Unfortunately Merrick didn't leave well enough alone, butting heads with most of the above.  He ordered numerous rewrites and ultimately fired Gelbart, who eventually removed his name from the credits.  Merrick also had creative disagreements with Siegel, who came on board after the project was initially developed with Blake Edwards in mind.  Siegel was actually fired at one point and replaced by Peter R. Hunt but Reynolds reportedly intervened on Siegel's behalf.  Still, the finale was directed by an uncredited Robert Ellis Miller--meaning that neither the screenwriter nor the director had anything to do with ROUGH CUT's conclusion.  Reportedly, this was the fourth time the ending was changed. 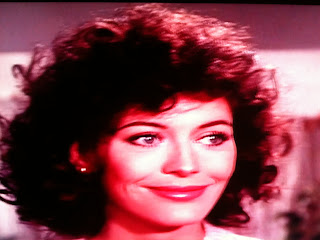 With the dizzying number of changes its no surprise that ROUGH CUT falls short of its potential.  It's hard to say that any of the script doctoring was helpful. The heist itself is routine, not terribly involving, and it takes half the film just to get around to recruitment for the caper.  Down's kleptomania is apparently cured after the first 20 minutes, as her condition never comes into play again despite numerous potential temptations.  Reynolds and Down should be bantering effortlessly but after awhile too many lines come across as both characters pressing to sound clever. 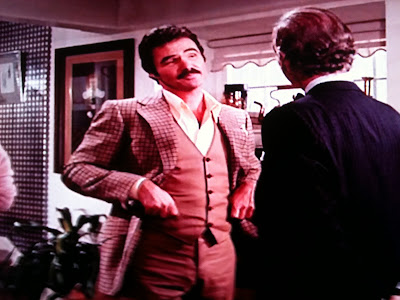 Things perk up considerably when Reynolds and Niven meet face to face.  The two legendary raconteurs spar delightfully and it is a real shame that they share barely two minutes of screen time in the finished product.  Niven's role was cut substantially in the alterations: even he was at odds with Merrick, suing him after the film's release for $90K in salary he was owed (Merrick settled out of court).  Niven appears frail at times (he was diagnosed with ALS in 1980 and passed away three years later) but retains his considerable charm.  It's to his credit that he's almost able to sell the tacked-on final twist.

One can see glimpses what might have been--ROUGH CUT clearly would have benefited from a single director's vision from beginning to end (whether Edwards, Siegel or Hunt) and Gelbart's final draft was likely far more interesting than the repeatedly revised shooting script.  The overall results are middling, but Reynolds' strong effort in this atypical role is worth tuning in for. 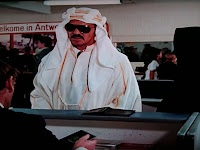 You can't really blame Reynolds' later career troubles or the film's box office failure for the lack of a DVD release--after all, out and out flops like STROKER ACE, STICK, HEAT and MALONE are among the Burt Reynolds vehicles of the Eighties that have made it.  One of the very few Reynolds flicks of the period to just slip through the cracks.

The change of pace setting and role makes ROUGH CUT something of a sleeper for Burt's fans.  It's ironic that the star's choice of STROKER ACE over TERMS OF ENDEARMENT for a 1983 project is cited as the beginning of the end for him when you consider that his 1980-1982 "acting stretches" (ROUGH CUT, PATERNITY, BEST FRIENDS) were all medicore box office performers while the actor had a runaway hit each year with a breezy "good ol' boy" effort (SMOKEY II, CANNONBALL RUN and BEST LITTLE WHOREHOUSE respectively).  It might not completely excuse his STROKER ACE decision, but this context at least makes it a little easier to understand.